Craig Bone - Words are not enough

I was talking to a Major and he told me the story about one of his soldiers who had a hard couple of tours of duty in Iraq. The soldier made a pact with one of his buddies that as soon as they got back to the States they would go to Alaska and watch the bears catching salmon. Ended up that only one of them made it, so the soldier went on his own and took this photograph. I've done this painting for him, because sometimes, words are just not enough. 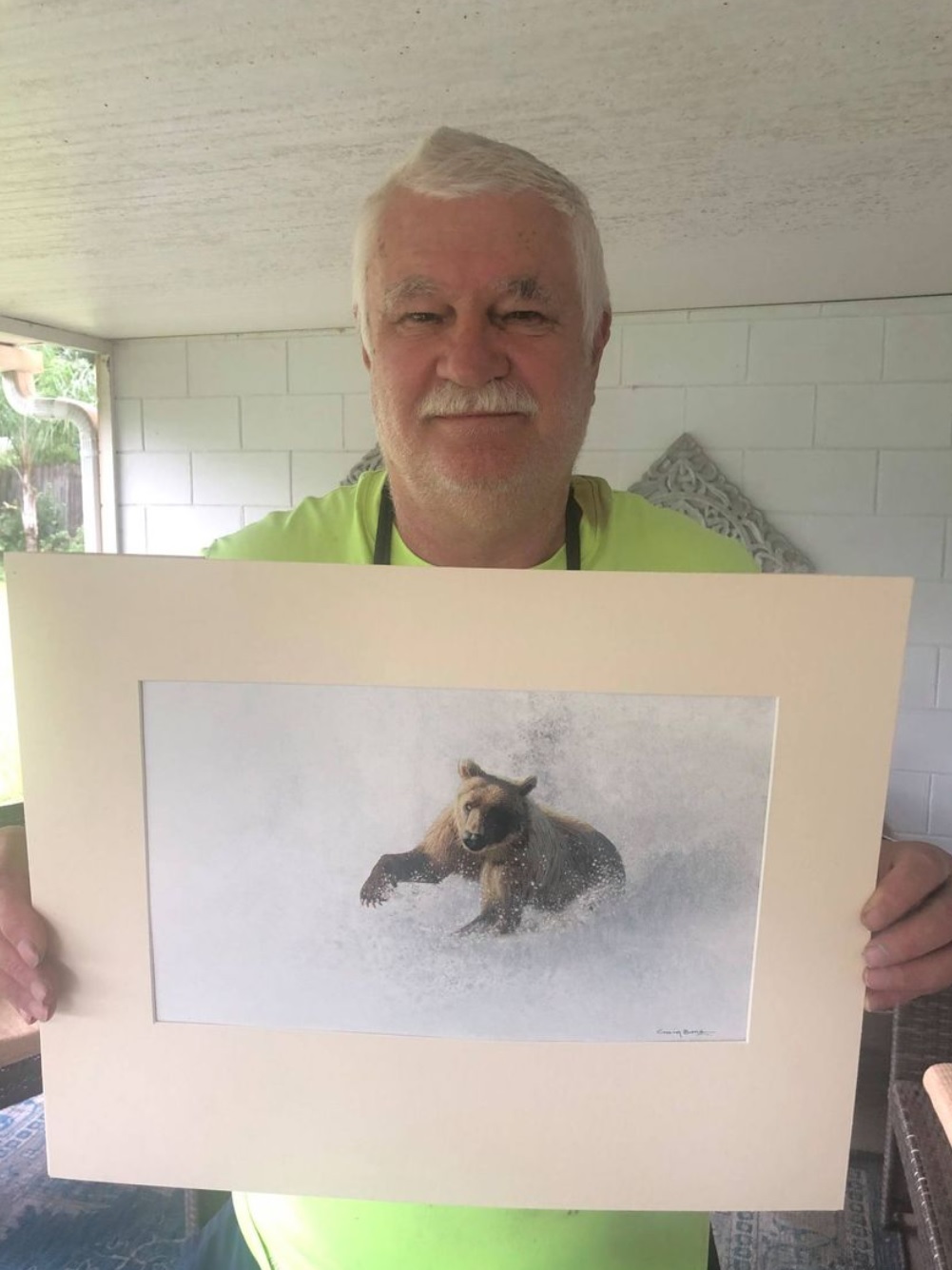 This is just a taste of some of his other work 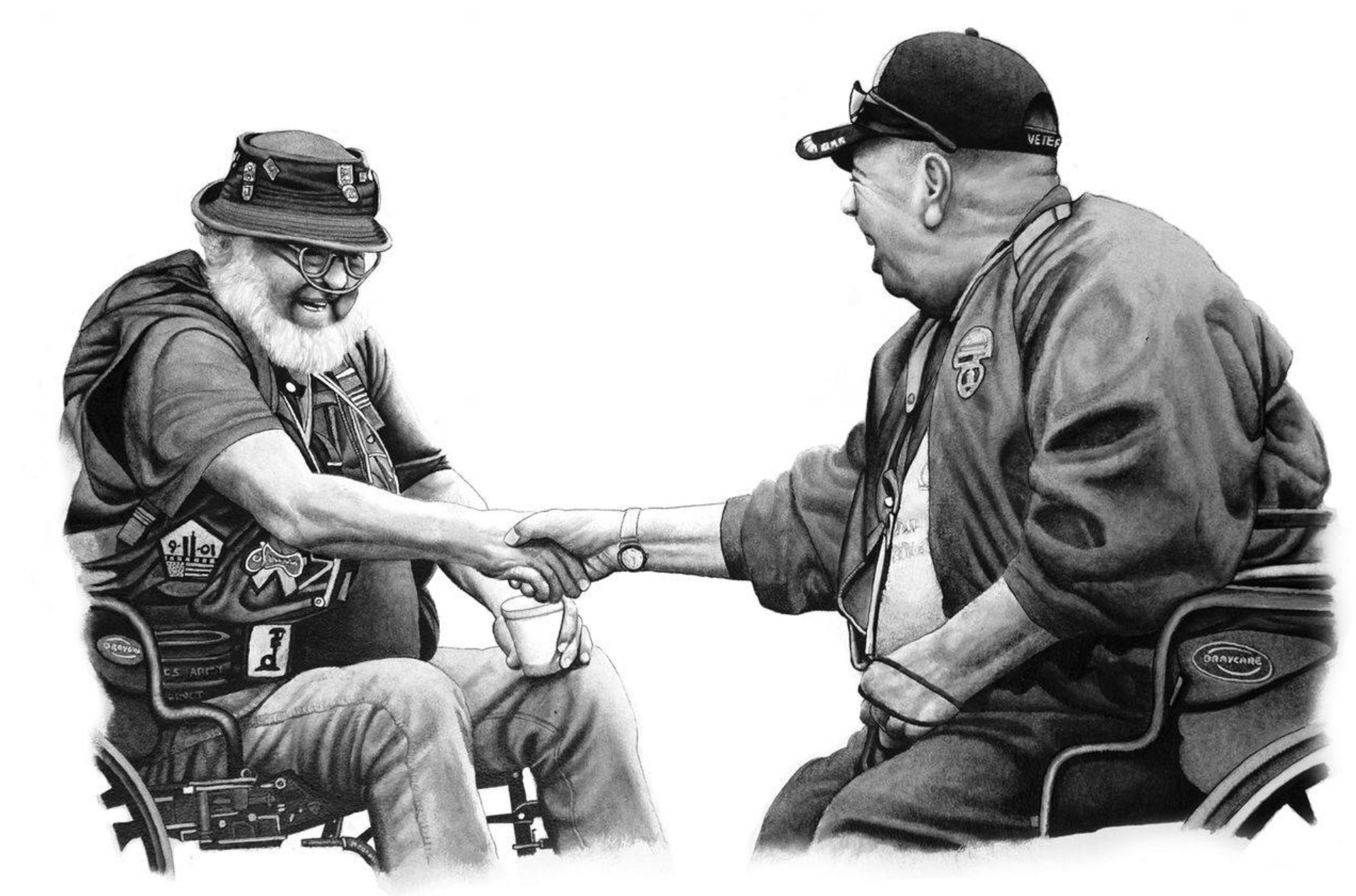 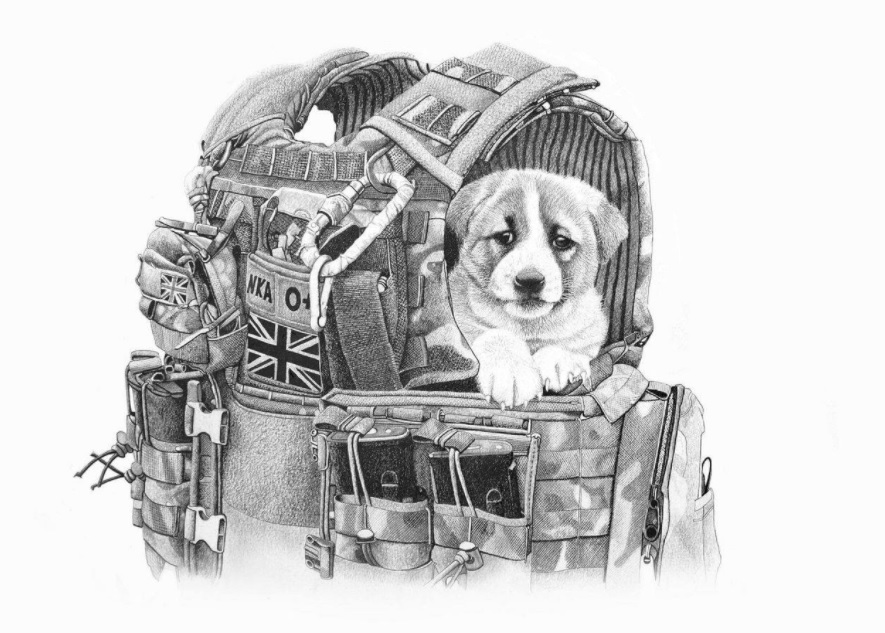 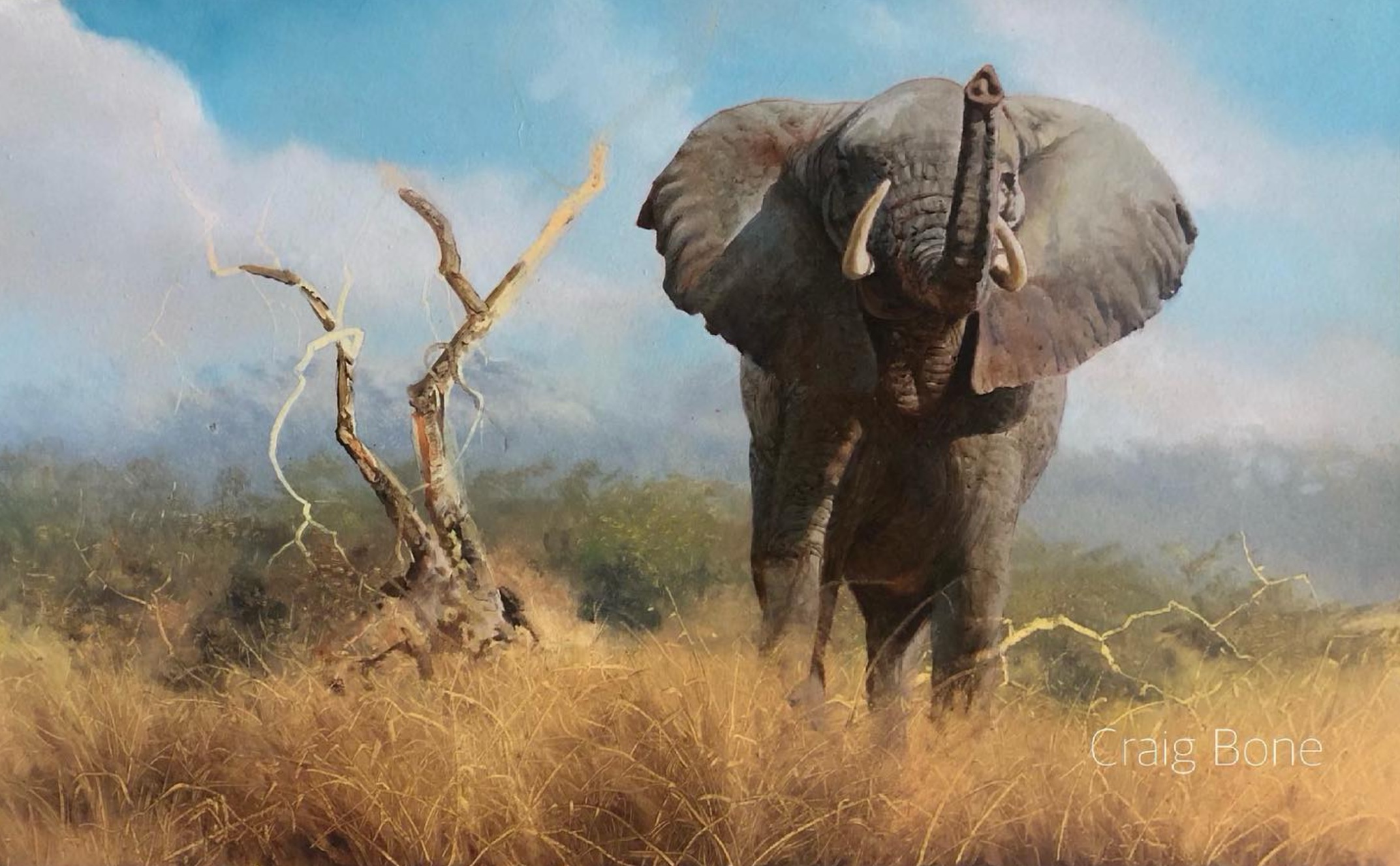 Thanks for sharing this and supporting our military.

Very nice work all around. You have a special talent for capturing cats! 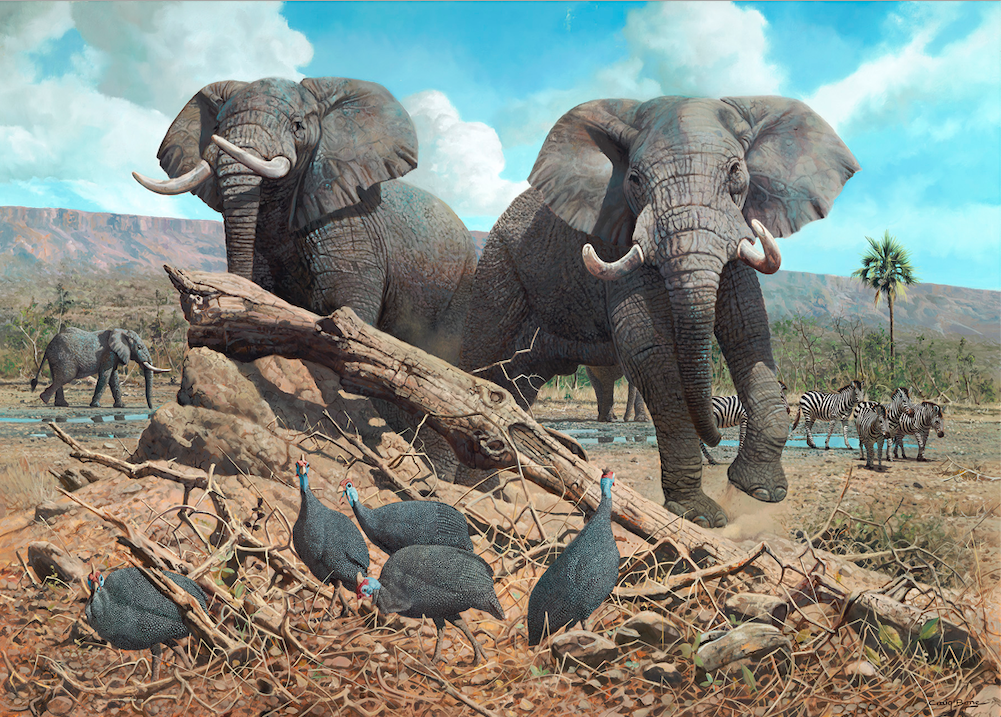 Craig Bone an internationally renowned artist is offering his work in giclee (printed) form, either on watercolor paper or canvas

May I make it clear that I'm not Craig Bone, nor do I know him personally

The words written above are his words

This is another truly profound story from Mr Bone

I'm a sucker for a good story - well told

A story from Craig Bone

Once I did a painting that I would not sign.

Years ago, a young American girl, Katie Reeves, was canoeing on the Zambezi river when she got pulled out of her canoe by a crocodile. She disappeared but then resurfaced screaming, then disappeared for good. In the other canoes were her sister, her father, and Stretch F.

Stretch and his brother were former members of Selous Scouts.

It was a horrible situation, and rumours of this tragedy began to filtrate throughout Zimbabwe.

A month or two later, I was driving down to Ruckomechi camp on the river when, on a whim, I took a detour up to Makuti hotel (I never did this). I walked into the lounge area and there was a tall bearded man on a computer.

I walked straight up to him and held out my hand, "Stretch F. I am Craig Bone. Tell me exactly what happened."

Thirty minutes later I pulled up to the Marangora offices, having done a lot of thinking, and again bumped into the man.

"Stretch, I want to do something for the family."

"I was hoping you would say that." he said

Ten days later, I stood at the exact spot where Katie had died. A couple of weeks later I handed over a painting to Patrick Mavros who then gave it to the U.S. Ambassador who lived in the same state as the Reeves'.
It was a beautiful scene with Katie's face worked into the trees.

A year later I was at a show in Reno and a big man walked up to me and hugged me. It was Jack Reeves. He told me that the painting was so precious to him that the framers had to come to his house to fit it into the frame because he didn't want to risk losing it.

The painting took me two and a half days to complete and came out perfectly. When I finished it, one of my students, Barry Thomas, asked me when I was going to sign it.

I told him I couldn't, because the hand of God was working through me. It wasn't me who did it. 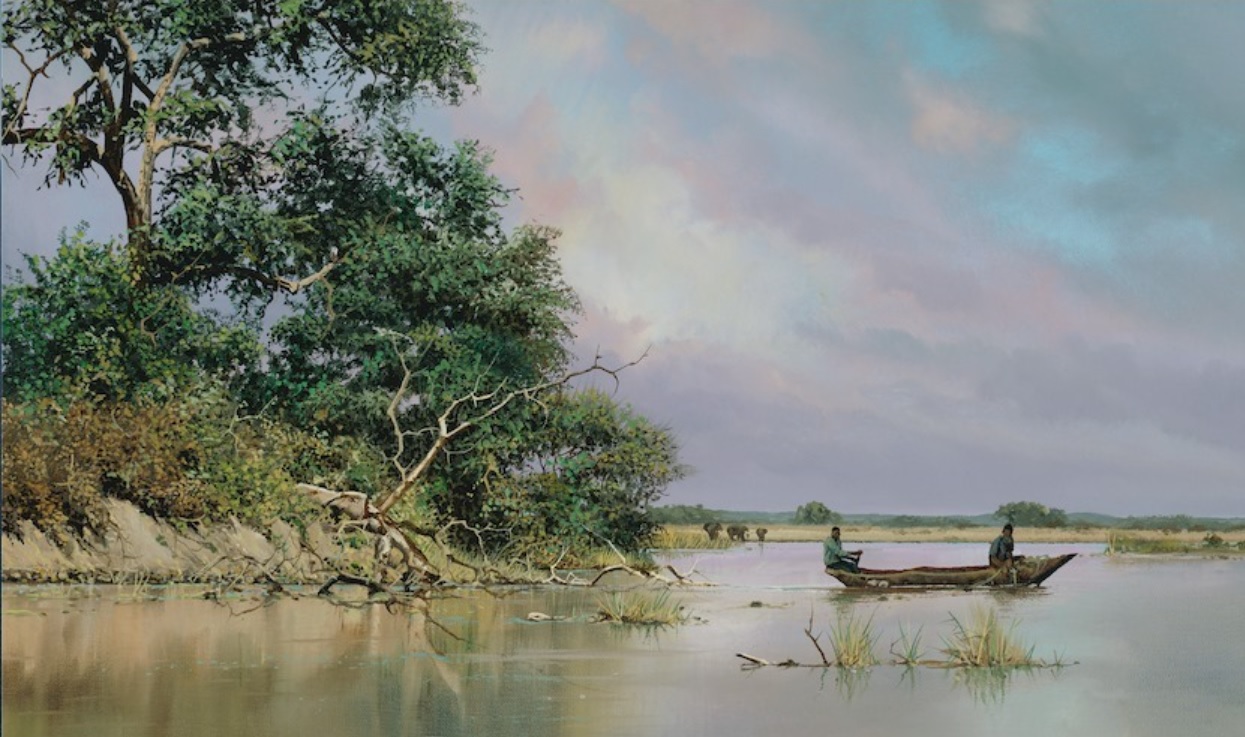 Thx for the clarification.
You must log in or register to reply here.

Boone Picken's ranch for sale: "Tire kickers are not welcome"
2 3