Concerns For Travel To Turkey 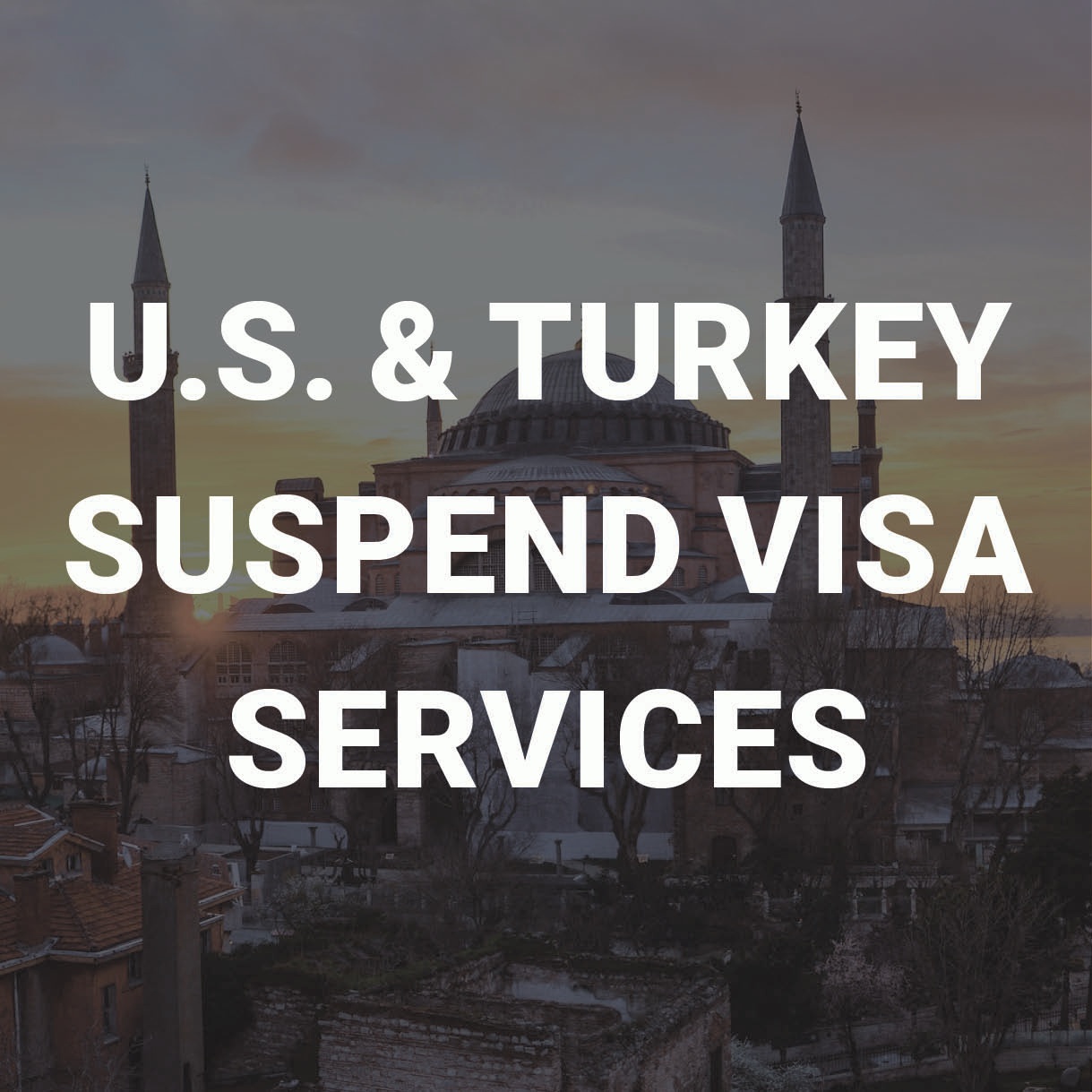 Concerns for Travel to Turkey


Global Rescue fields questions from our members all over the world every day. Since the U.S and Turkey recently suspended visa services, members with plans to travel to Turkey have inquired about how they may be impacted.

The suspension of all visa services for U.S. citizens at Turkish diplomatic missions in the U.S. continues for a third week. The sustained suspension impacts sticker visas at Turkish Consulates and Embassies within the U.S., as well as all e-visa and border visas issued to citizens of the United States. The suspension is a reciprocal action to measures taken by the United States and it is highly likely that the suspension will be reversed once U.S. missions in Turkey resume processing visas for Turkish citizens. However, the duration of the suspension is not currently known as both governments continue to work towards a diplomatic solution.

U.S. citizens with visas to Turkey issued prior to October 8 have not been affected by this suspension. Similarly, U.S. citizens are still permitted to transit Turkish airports on their way to or from another country. U.S. citizens are advised to contact the Turkish government directly, as in some cases they may be able to secure a visa at a Turkish mission within another country. Also, U.S. citizens whose flights did not originate from the United States may be able to apply for a visa on arrival to a Turkish airport, however, these regulations are subject to change.

Not going there. But thanks for posting.
You must log in or register to reply here.

U.S. warns citizens not to travel to Cuba