As many of you know Central African Wildlife Adventures (CAWA) had a difficult close to the the end of the 2011/2012 season. This was caused by a small number of very corrupt authorities who took advantage of a very unfortunate situation that occurred on the border of our hunting area to try to extract a large amount of money from the company and in turn lead to some of our employees been locked up in CAR largest prison.

But thanks to some excellent work by some very dedicated local employees we managed to uncover evidence against these corrupt authorities which we then took directly to the President of CAR. This has then resulted in us being cleared of all charges, all of our employees being released and the President of CAR himself has given us an official apology. Also all of the authorities who worked against us have been removed from their position with four of then currently in prison while an investigation in to the depths of their corruption is taking place.

We would like to thank everybody who showed/gave us support. It is very much appreciated and through the hardships it was nice to have know our friends/clients/fellow hunters were all rooting for us.

Despite the bad end to the 2011/2012 we had a fantastic hunting season with some magnificent animals taken. A 56 monster Lord Derby Eland an unconfirmed SCI No.2 many other eland bulls around the 53 mark. One particular Eland that comes to mind as one of the best of the season was guided to by young PH Erik Nyman. What was exceptional about this Eland was its extreme old age. It's horns were very worn and will not be making the SCI TOP 10 but this is a trophy with real character and made even more special by the fact that it was taken on foot by a bow hunter.

Once again our seasons average for Bongo was over 30 with the largest being 36? With all other species we took fine examples and many are record book entries. We have posted some photos of some of our animals already please take a look and more will soon be to follow.

We are now preparing for the 2012/2013 season which begins in December. We are looking forward to the new season, very confident in the amazing quality of our areas and the the massive amount of development work we have done over the last 6 years. We are positive we will very soon take the No.1 World Record Lord Derby Eland and Bongo titles.

Again, a big thank you to all our supporters, 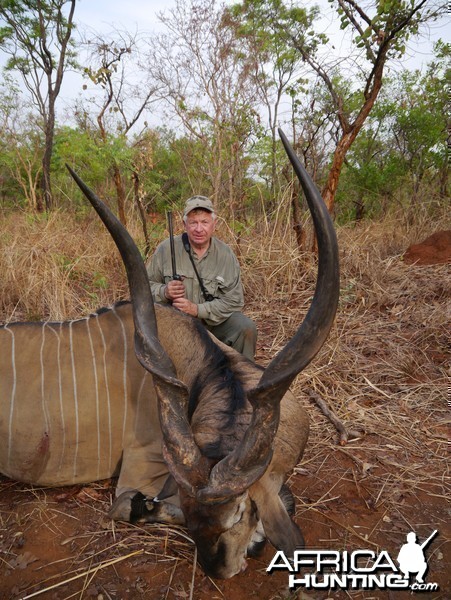 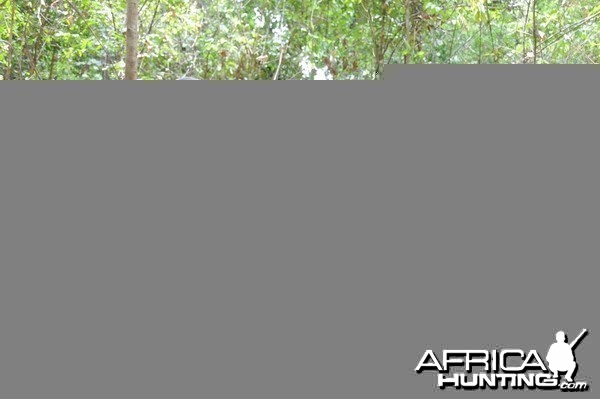 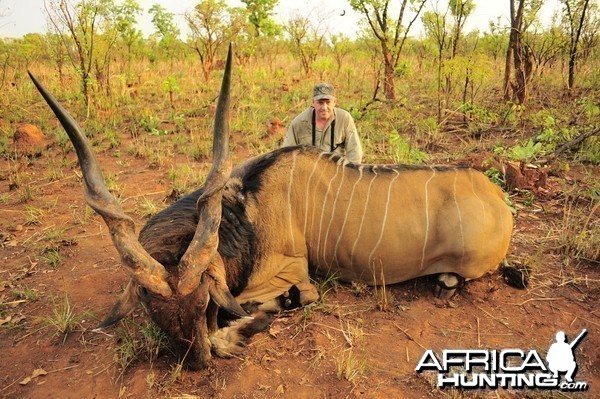 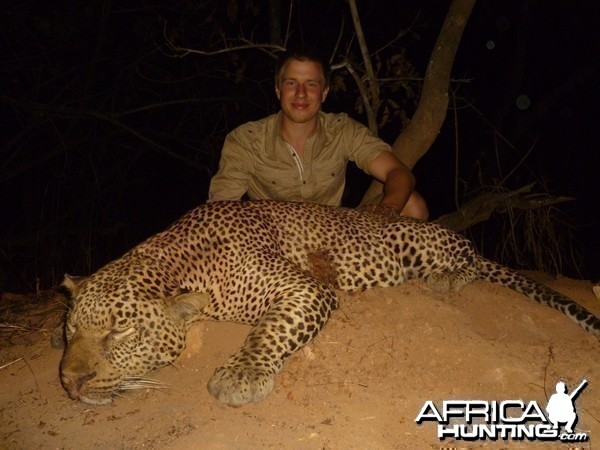 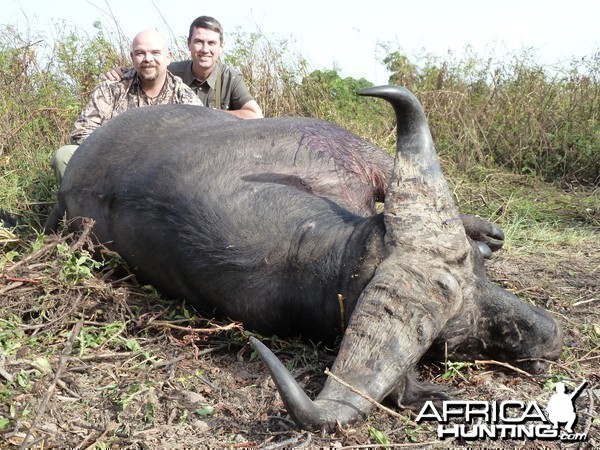 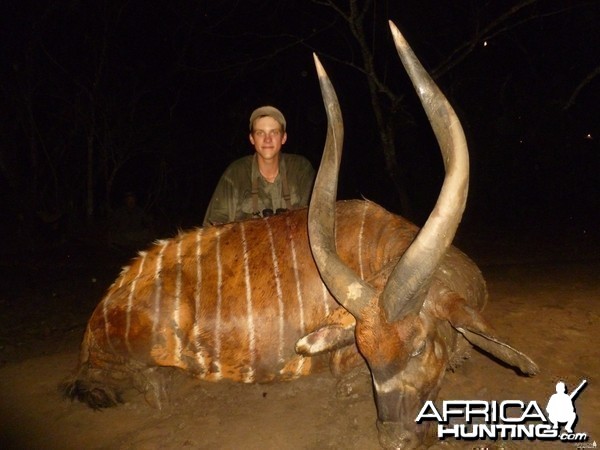 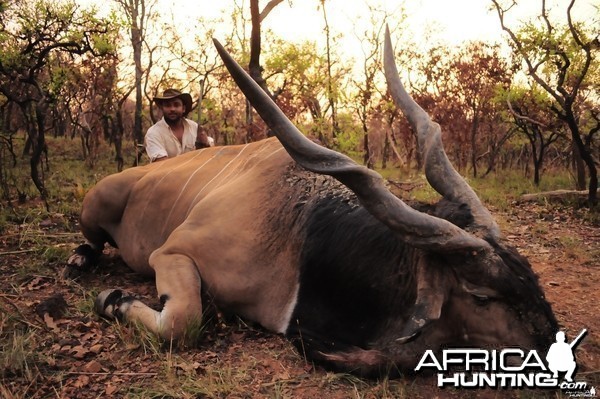 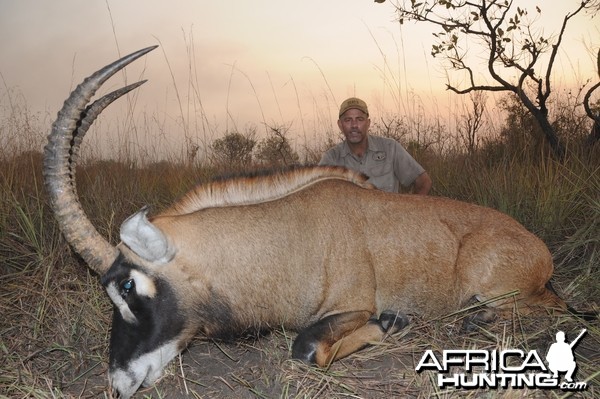 Glad you have been able to get out of this unfortunate situation. Every body knew that you were framed and hoped for the best.

Hope to be hunting with you soon.

jepetto62 said:
Glad you have been able to get out of this unfortunate situation. Every body knew that you were framed and hoped for the best.

Erik, Great faith and strength. I wish you and all your employees and their families well.

Good luck in the upcoming season.

Gorgeous animals all round.

But most of all very good news that all the problems ae sorted and that the right people are behind bars.

Congrats on some great animals and detective work.
Why we hunt, even lions? Real hunters need thriving wildlife, so we help make it happen. - Olivia Nalos Opre
You must log in or register to reply here.

A Giant Eland well suited to its' name!