Cartridge Of The Month

A mild cartridge by modern standards, the 6.5x55 has impressive credentials in both the hunting field and in competition. It was developed jointly by Sweden and Norway in 1894 – one of the very first smokeless, small-bore rounds for military rifles. When Sweden boosted 6.5x55 performance in Mausers, Norway stayed with original loads in the less robust Krag. The 6.5x55 defended Scandinavia for most of a century thereafter. In 1990 the National Rifle Association of Denmark, Norway and Sweden renamed this cartridge the 6.5x55 SKAN and standardized its specifications. Still hugely popular among moose hunters there, it has also excelled in 300-meter free-rifle competition.

North American ammo companies ignored the 6.5x55 until 1991, though hunters couldn’t resist the low prices of surplus 1894 and 1896 Swedish Mausers. Their cock-on-closing design put them a notch below 1898 Mausers at market, but I suspect anyone who picked up a Swedish carbine fell in love with it. I did. It caught my eye in a gunshop rack filled with lesser – and much harder-used – battle rifles. Its rear ladder sight had been removed, and a walnut patch carefully inlaid to cover the slot in the handguard. A Williams receiver sight sat snugly on the rear bridge. No other modifications were apparent. The 18-inch barrel pointed quick as my hand. Despite a beefy military stock, the little Swede handled like a coach gun. I bought it to join my other 6.5x55, a Howa from Legacy Sports. That rifle had taken a bull elk I jumped in a Wyoming ‘pole thicket. My first softnose quartered to the off-shoulder. After a short sprint, a follow-up struck the ailing bull in the neck, breaking it. 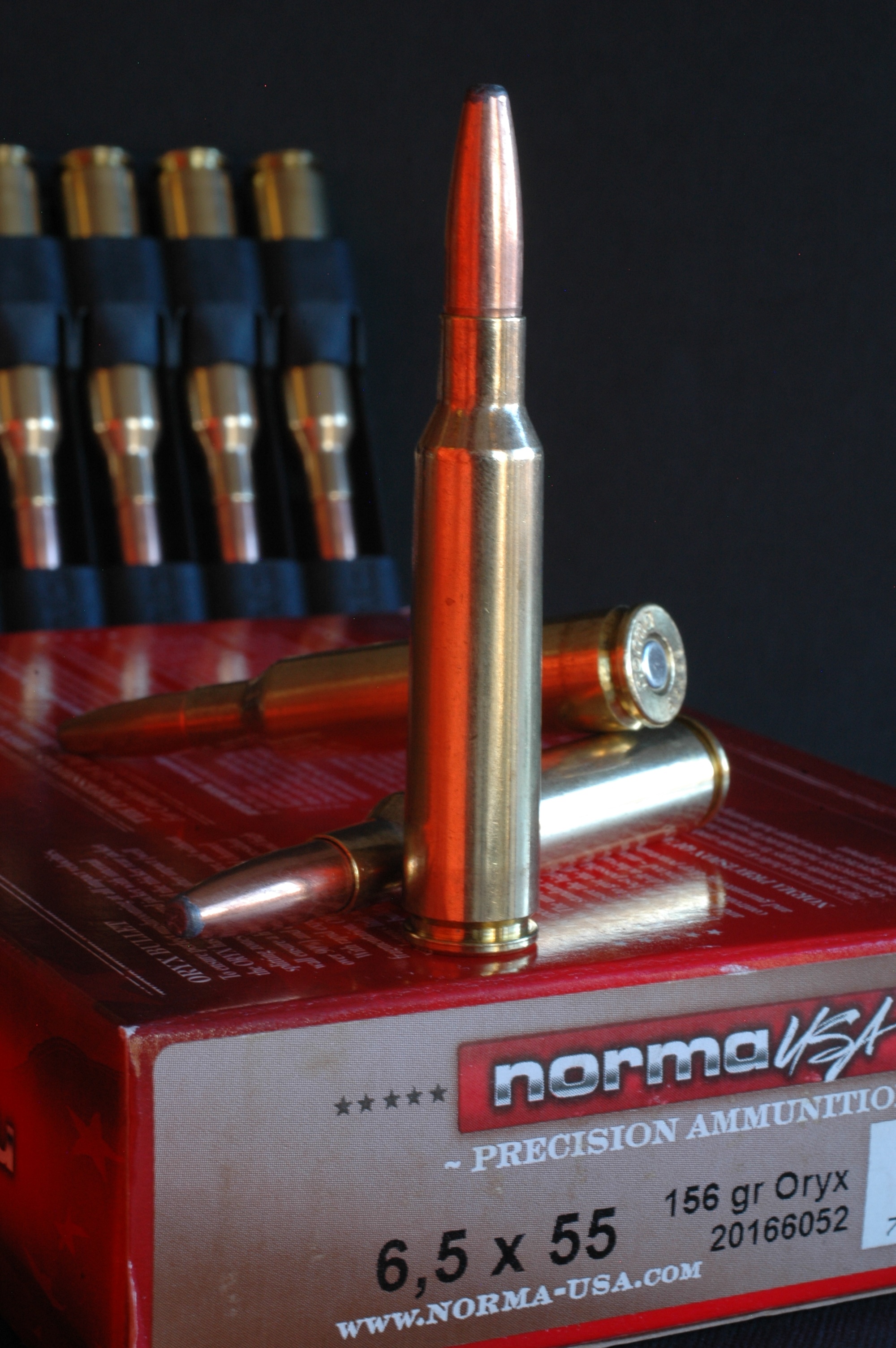 Shortly after snaring the Swedish carbine, I took it to the prairie for a pronghorn hunt. My pals, armed with scoped rifles chambered to rounds with chalk-line trajectories, scoffed. But in a wet October snow, I got within 75 yards of a buck and laid him low with one 6.5x55 bullet. What fun!

The long tenure of this cartridge spanned the post-war wildcatting era. Unfortunately for shooters keen to make something new of the 6.5x55 hull, its head diameter is .01 greater than that of the 7x57 (and the .270 and .30-06). The rim is thicker too. At 2.16 inches, cases mike .15 longer than the .308’s and .08 shorter than those of the 7x57 – though as originally loaded, its overall length (3.15 inches) exceeds that of the 7x57. In fact, it falls just .1 inch shy of the finished length of the 7mm Remington Magnum! In my view, the 6.5x55 merits at least a mid-length action, such as on Melvin Forbes’s New Ultra Light rifles. Shorter (typical .308-length) actions require deep bullet seating that throttles performance.

Originally loaded with 156-grain roundnose bullets at 2,378 fps, the 6.5x55 followed other early-20th-century military cartridges in their shift to lighter, faster missiles. A 139-grain spitzer clocked 2,625 fps. (Velocities for both were taken from 96 Mauser rifles with 29-inch barrels.) Standard rifling twist in early Swedish Mausers – one turn in 7.87 inches – stabilized long bullets but yielded acceptable accuracy with all. Designed for a pressure lid of about 45,000 psi (Swedish 94s and 96s lack the safety lug of the 98 Mauser), the 6.5x55 can be loaded stiffer in modern rifles like the Howa and Winchester’s Model 70, the Ruger 77 and No. 1. My most recent 6.5x55, a No. 1 RSI, is as nimble and quick on target as the old carbine beside it. An increasing number of sporting rifles in this chambering testify to its utility.

You’ll look hard to find a better deer cartridge than the 6.5x55. Francis Sell, woodsman and rifle enthusiast whose book on blacktail deer hunting has no peer, favored the 6.5x55. Hunters coming of age in a magnum culture might question the round’s bona fides on animals as stout as elk and moose. But at modest ranges, with bullets like Norma’s factory-loaded 156-grain Oryx, it’s a sure killer. Modest recoil makes rifles pleasant to fire (read: accurate in hand!) and fast on follow-ups. In Africa the 6.5x55 – and similar 6.5x54 Mannlicher-Schoenauer – felled much bigger game than moose long before anyone necked down the .375 H&H! While its compact case won’t let the Swede match the likes of the .270 ballistically, it is a fine all-around choice for big game in the Lower 48. 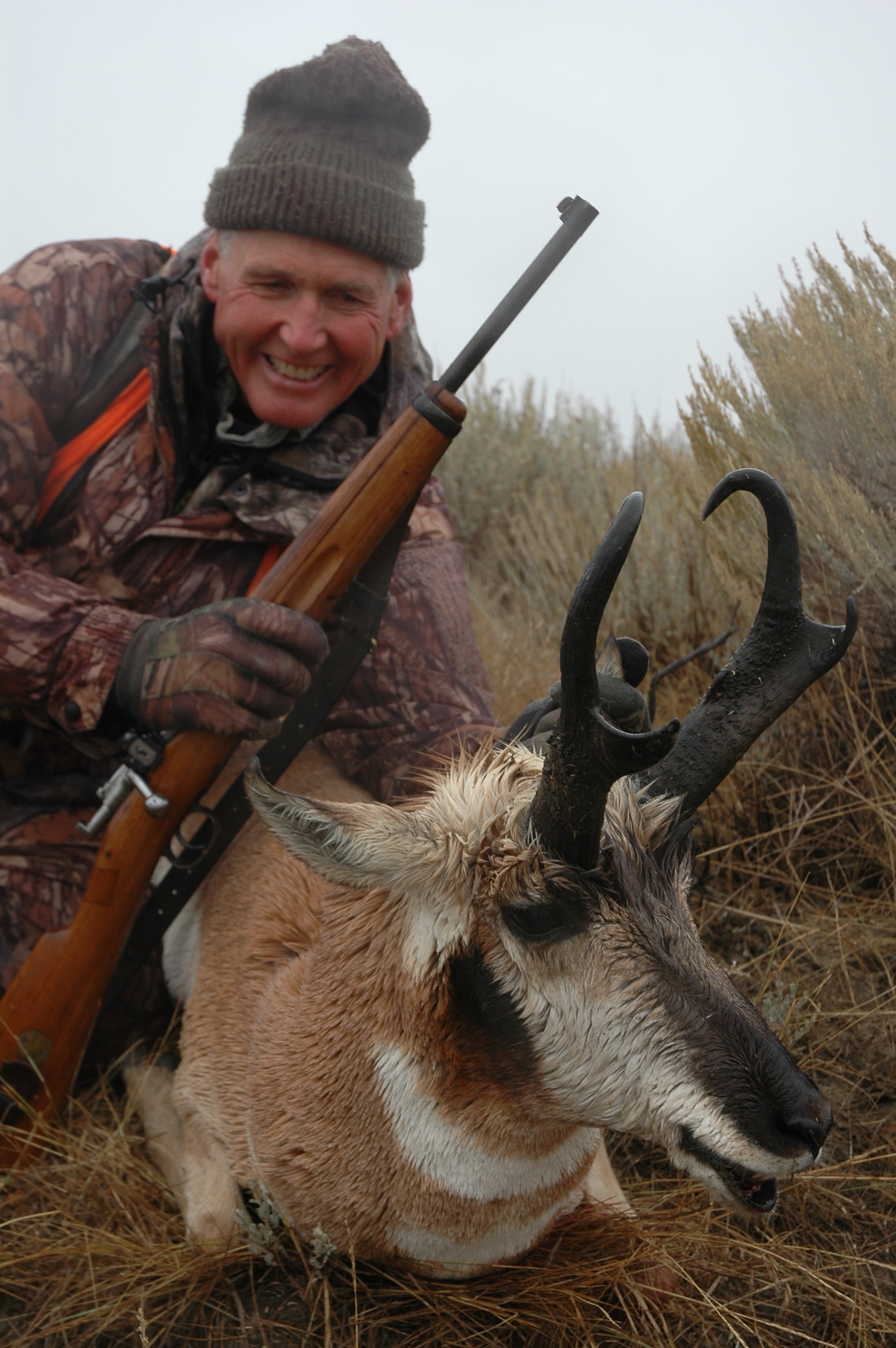 I can see why you love that carbine. I have been getting an itch for a Ruger RSI no 1 in either 6.5x55 or 7x57.
Life is too short to hunt with ugly guns.

I have been looking at adding a 6.5x55 down the road for my wife to use deer hunting, good article, I hunt primarily with a ruger rsi in 7x57 and love it

6.5x55 and 6.5x54 M-S are some of the most useful calibers for a lower recoil tolerance hunter targeting medium size game. I love them both.
R

I have a Model 96 that I bought as a “barrel gun” at one of the gun shops that I worked at. I bought it for $85 back in the day. It is one of the best shooting and most fun guns to shoot that I have. Love the 6.5x55 Swede caliber!!!

One of the best rifle cartridges ever, I have a as issued m 96 & a tikka t3 i have an addiction to 6.5s
You must log in or register to reply here.

A Full House of Mausers

The real advantage of an Ackley
2 3 4

Is .280 Remington available in Africa?