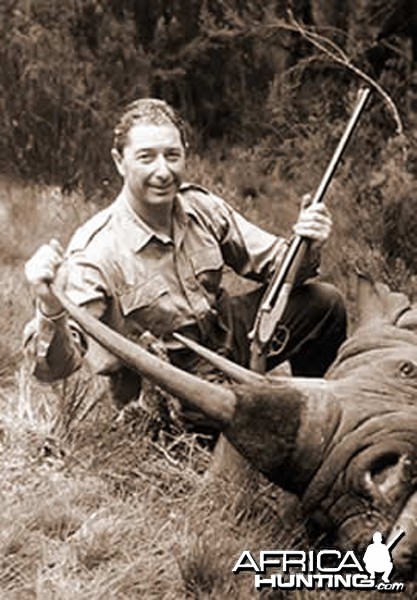 Carlo Caldesi represents in a sober and complete way the best image of a hunter: sporting, generous, very fond, always far from reasons of interest and whishes for visibility.

Born in Milan from a family of Romagna landowners, Carlo Caldesi inherits from his father the passion for hunting and devotes himself successfully to wing shooting, entering the Italian Olympic Team of pidgeon shooting and winning the Monaco Grand Prix.

His passion for big game hunting begins in the fifties and becomes soon the protagonist of his life.

So a sequence of jorneys in all continents begins, in search of more difficult trophies, achieved with the pleasure of toil and of the of the confrontation with nature.

Carlo Caldesi lives the hunting expeditions as an adventure in which he often involved also his wife Mara and his three children Lodovico, Livia and Vicenzo, all fond hunters.

When leaving he often would not plan his return, which will take place only when the hunt is successfully completed…. In the range of a very long hunting career, Carlo Caldesi has made over 200 expeditions in 40 different countries, capturing 262 trophies among which three tigers, three times the Big Five, the North American Grand Slam, 14 species of sheep and 11 species of ibex and goats in the world, besides hundreds of chamois, deer and roe-deer in Europe.

He has been the first hunter who conquered the Shoan bushbuck and the first european to hunt in the Northen Territory of Australia.
Of his trophies 129 are reported in the S.C.I. Record Book and 64 are in the Rowland Ward.

The only Italian to win the prestigious Weatherby Hunting and Conservation Award in 1981 and later the S.C.I. Hall of Fame Award (1983) and the S.C.I. International Hunting Award (1987), Carlo Caldesi was also a leader in conservation and an active member in many hunting and conservation clubs throughout the world.

Member of the C.I.C., he was among the founders of the Italian Chapter of the S.C.I. He died in 1998, at the end of a last satisfactory hunting season. 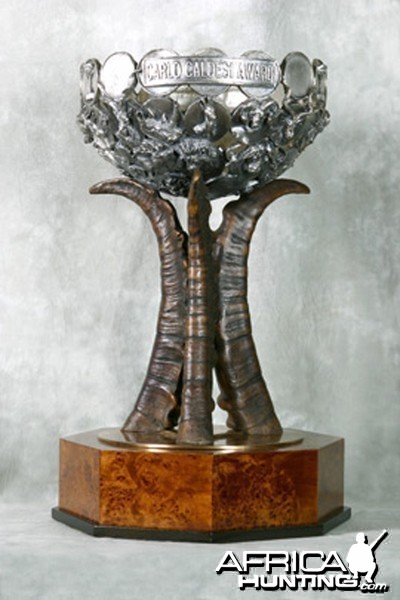 The Carlo Caldesi Award is a silver and bronze sculpture made by artist Corrado Gambotti.
Corrado Gambotti was born in Turin in 1922. Since his youth he warmed to Natural History and, after completing his education in Architecture and Fine Arts, he took up his great passion: Taxidermy, which be perfected and improved by modernizing it through innovative techniques, and it was a short step to pass from that to the creation of bronzes of the most various animals. By exploiting his knowledge of compared anatomy of wild animals all over the world, he created his works by reflecting their specific and anatomic peculiarities. In the eighties Gambotti moved to Vancouver (Canada), where be stryed five years preparing for the Turin Museum of Sciences a collection of the Great Fauna of North America which was displayed in the museum. Some of this bronze and other works are shown in various galleries, in the main Italian museums as well as in numerous important private Italian and foreign collections and, since 1991, he has created bronze medallions portraying animals of the whole world which the S.C.I. - Italian Chapter - gives to its members as presents every year.


The Carlo Caldesi Award is born from the wish of Lodovico, Livia and Vincenzo, children of Carlo Caldesi, to remember their father in the figure of the great shooter, hunter and collectionist that he was.

Since their infancy they spent many days in journeys and hunts in his company, appreciating and tasting, besides his contagious passion, his deep hunting ethics.

His adventures and travels belong, by now, to a past time, a legendary time, which appears still farther than what the real elapsing of the years indicates. But the elapsing of time, is also subjective and the remembrances, in particular those personally lived, always remain live and present, like the persons who disappear for ever, only if they are forgotten.

Therefore, the Carlo Caldesi Award is a concrete way of keeping alive in the hunting world his remembrance and is also an expression of thanks for the fortune of having been able to share so many experiences and emotions, even only though his stories.
Last edited by a moderator: Dec 8, 2016

He is also credited for picking up the world number one kudu horns in Mozambique.

Monish, I'm so glad to see about Carlo Caldesi, an authentic Italian gentleman, and a great hunter indeed.
Thank you so much for sharing interesting information about him.
After almost 12 years from your post, I like to add some pictures of his trophy room, in my opinion the most elegant and classy ever. The pics come from the Weatherby Guide 20th Edition. 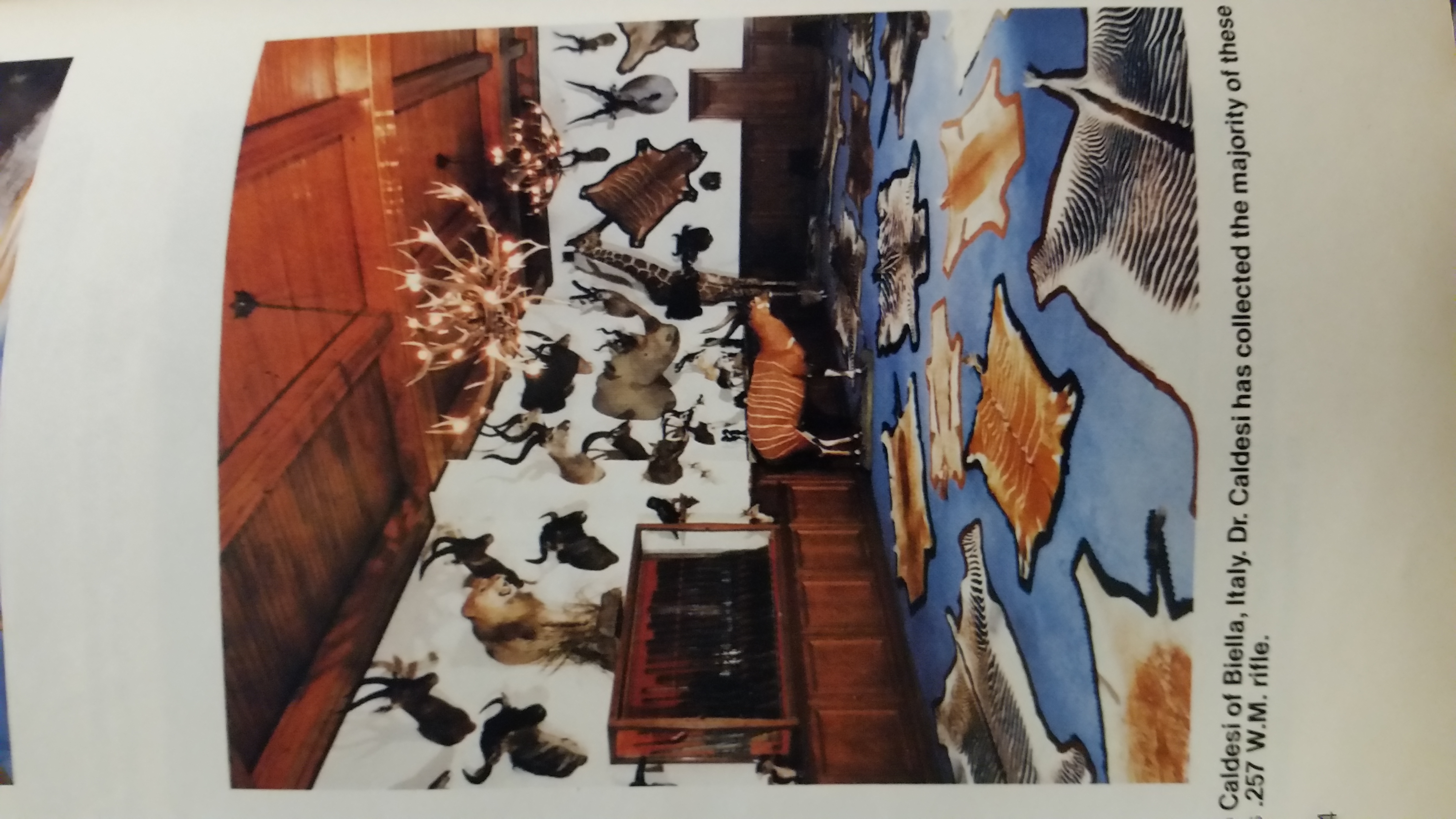 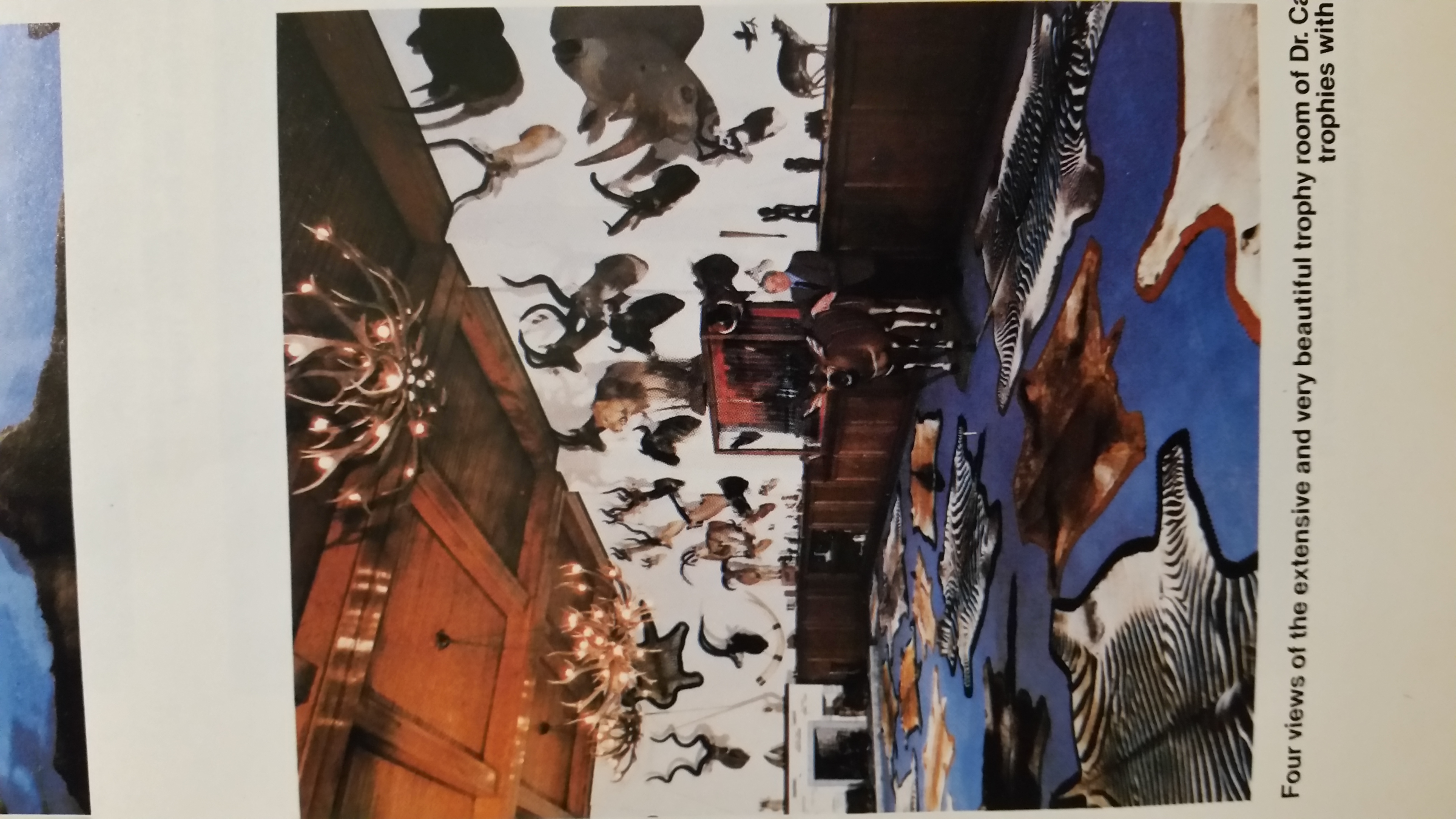 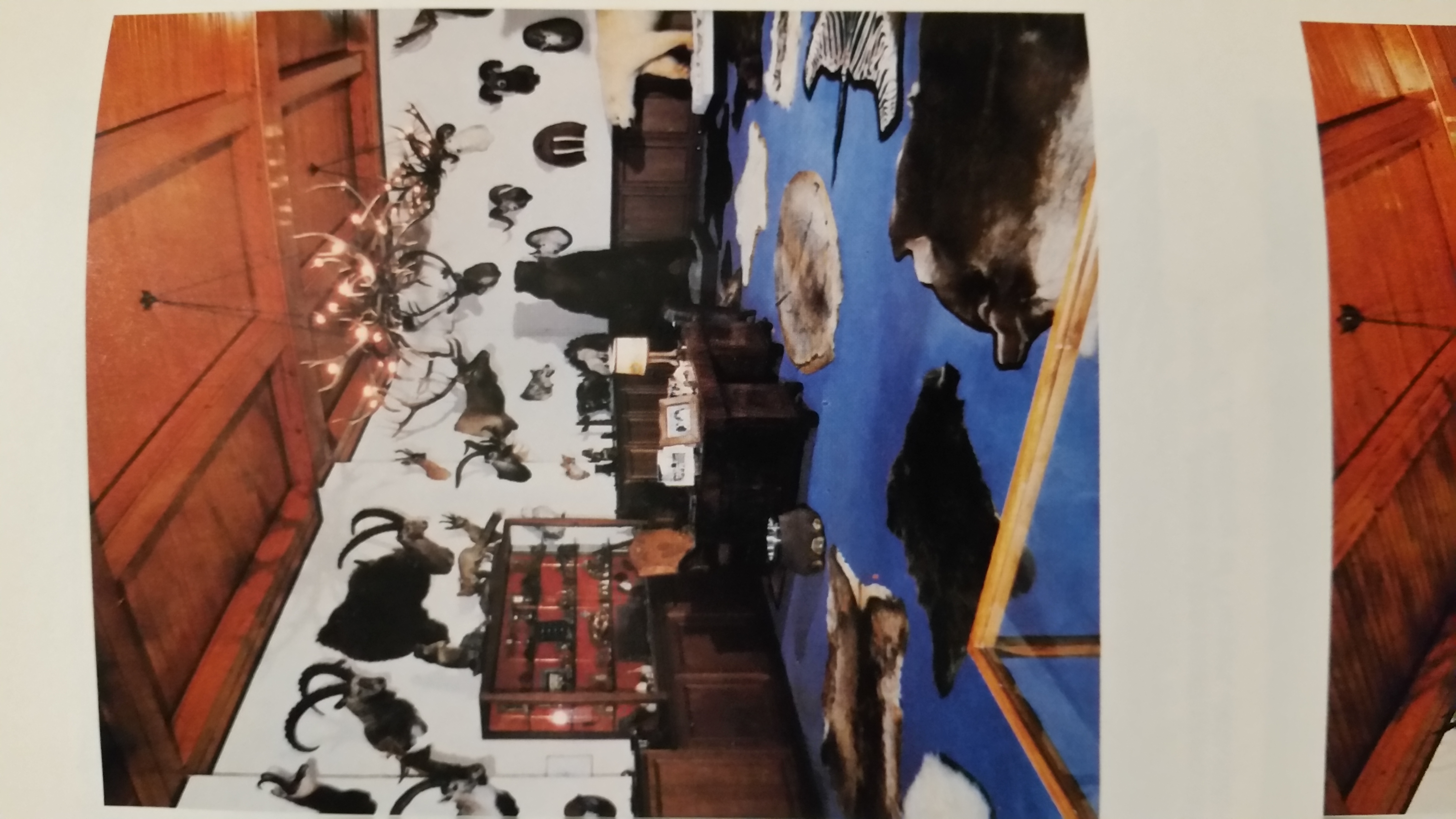 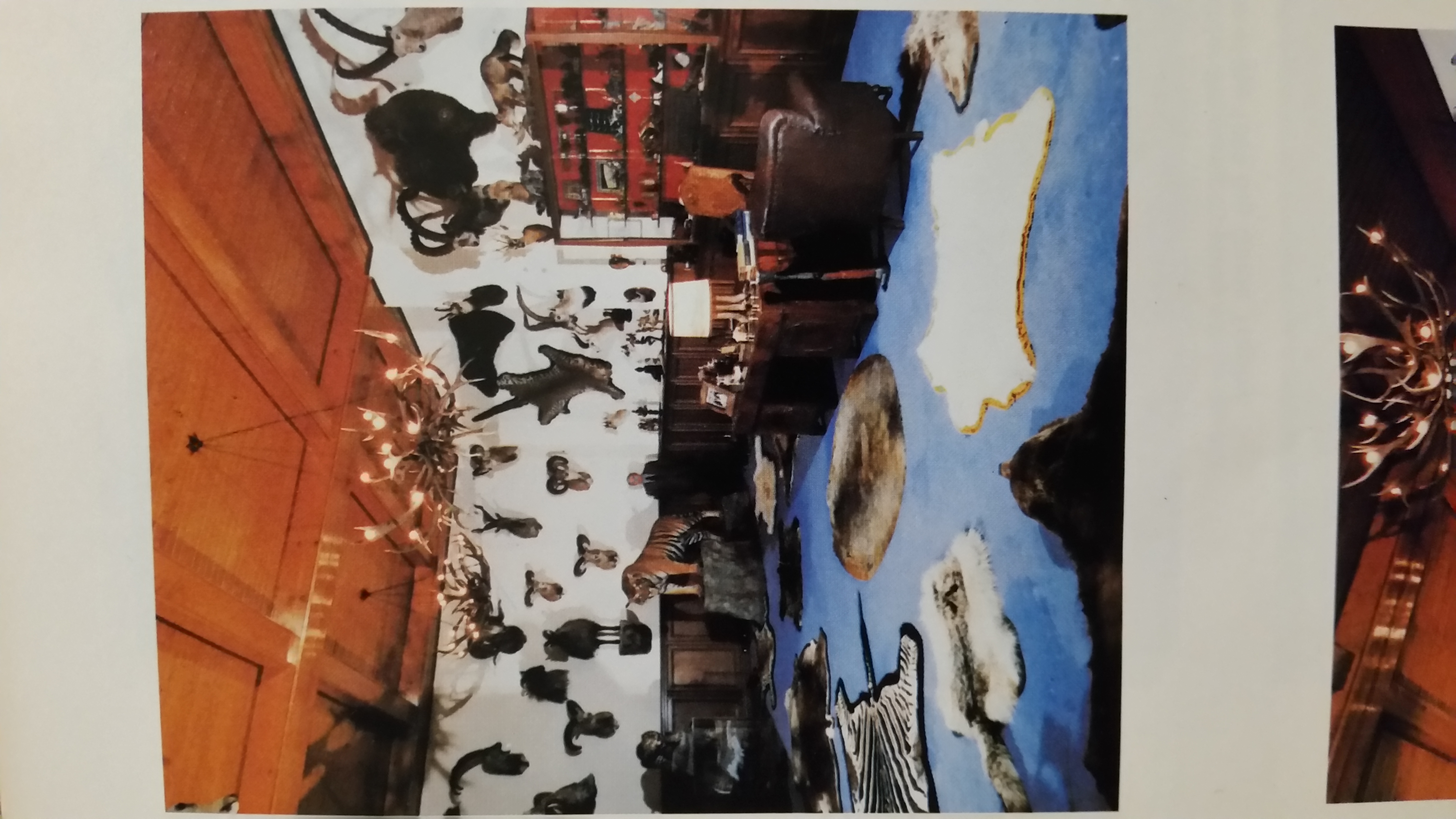 A spectacular room indeed... It is also featured in the book "Great Hunters Vol. 2" by Safari Press.
The PH Fred Bartlett hunted with Dr. Caldesi and wrote about him in his biography "Shoot straight and stay alive". Caldesi shot the big rhino in the upper picture on a hunt with Bartlett in the Aberdares - and a monster leopard and giant forest hog as well!
Is Caldesi's trophy room in Biella still there?

Kouprey said:
A spectacular room indeed... It is also featured in the book "Great Hunters Vol. 2" by Safari Press.
The PH Fred Bartlett hunted with Dr. Caldesi and wrote about him in his biography "Shoot straight and stay alive". Caldesi shot the big rhino in the upper picture on a hunt with Bartlett in the Aberdares - and a monster leopard and giant forest hog as well!
Is Caldesi's trophy room in Biella still there?
Click to expand...

Great to know something more on a hunter I like so much!

I really hope the Room is still intact - but I have no info about that. Living in Italy and having some friends up there in the North, I will try to know more, and post promptly... 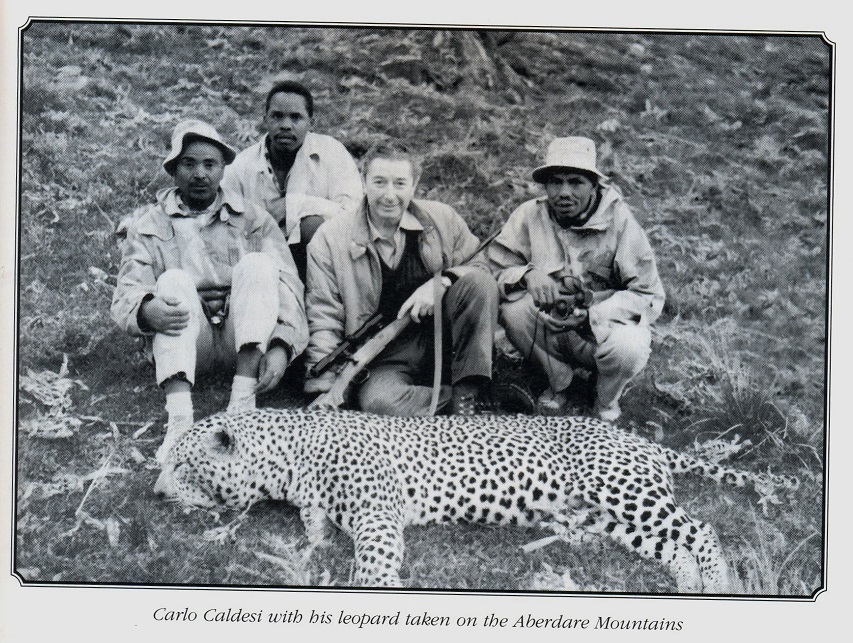 Leopard Legend Hunting Safaris
We will be at the Dallas show and the SCI show in 2023. Booth # to be updated soon.
29 minutes ago •••
G
geoff rath Von Gruff geoff rath wrote on Von Gruff's profile.
G'day, Von Gruff; Could you give me an idea on your Bearded Chef Knife, as per your posted photos, delivered to Australia? I'd like to reward a good mate (excellent amateur chef) who has done me big favours in the past. Cheers, Geoff Rath
Aug 4, 2022 •••