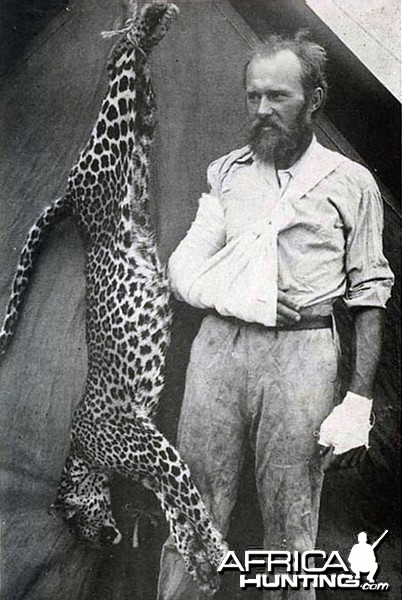 Carl Akeley and the Leopard he killed bare handed

Carl Ethan Akeley (1864-1926) was a taxidermist, sculptor, biologist, conservationist, inventor, and nature photographer, noted for his contributions to American museums, most notably to the American Museum of Natural History. He is considered the father of modern taxidermy.

He was born in Clarendon, New York, and grew up on a farm, attending school for only three years. He learned taxidermy from David Bruce in Brockport, New York, and then entered an apprenticeship in taxidermy at Ward's Natural Science Establishment in Rochester, New York. In 1886 Akeley moved on to the Milwaukee Public Museum (MPM) in Milwaukee, Wisconsin, where he created the world's first complete museum habitat diorama in 1890. While working at the MPM and at Field Museum of Natural History in Chicago, he developed his innovative techniques of taxidermy, perfecting a "cement gun" for improving exhibits. He later applied this method to patch old buildings with concrete, and is today known as the inventor of shotcrete. 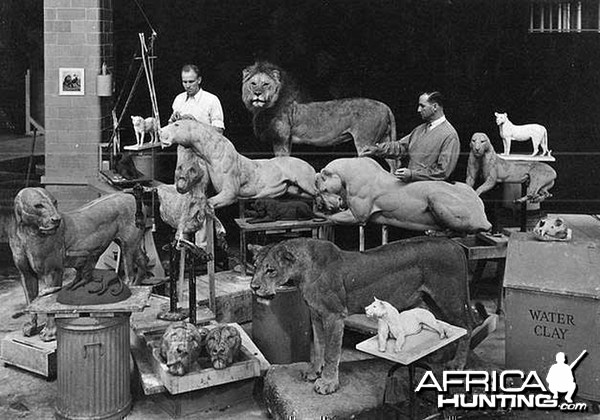 Akeley specialized in African mammals, particularly the gorilla and the elephant. As a taxidermist, he improved on techniques of fitting the skin over a carefully prepared and sculpted form of the animal's body, producing very lifelike specimens, with consideration of musculature, wrinkles, and veins. He also displayed the specimens in groups in a natural setting. Many animals that he preserved he had personally collected. 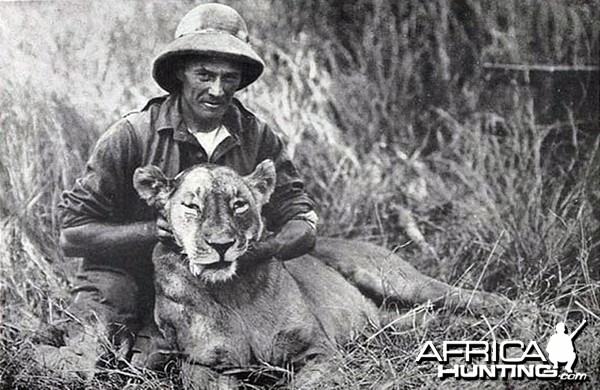 In 1909 Akeley accompanied Theodore Roosevelt on an expedition to Africa and began working at the American Museum of Natural History in New York City, where his efforts can still be seen in the Akeley African Hall. Akeley joined The Explorers Club in 1912, having been sponsored by three of the Club's seven Charter Members: Frank Chapman, Henry Collins Walsh, and Marshall Saville. For qualifying, Akeley wrote only, "Explorations in Somaliland and British East Africa." He became the Club's sixth president in 1917–1918.

In 1921, eager to learn about gorillas to determine if killing them for museum dioramas was justified, Akeley led an expedition to Mt. Mikeno in the Virungas at the edge of the then Belgian Congo. At that time, gorillas were quite exotic, with very few even in zoos, and collecting such animals for educational museum exhibitions was not uncommon. In the process of “collecting” several mountain gorillas, Akeley’s attitude was fundamentally changed and for the remainder of his life he worked for the establishment of a gorilla preserve in the Virungas. In 1925, greatly influenced by Akeley, King Albert I of Belgium established the Albert National Park, (since renamed Virunga National Park). It was Africa's first national park. Opposed to hunting them for sport or trophies, he remained an advocate of collection for scientific and educational purposes. One of the members of his 1921 expedition was six-year-old Alice Hastings Bradley, who later wrote science fiction under the name James Tiptree, Jr.. 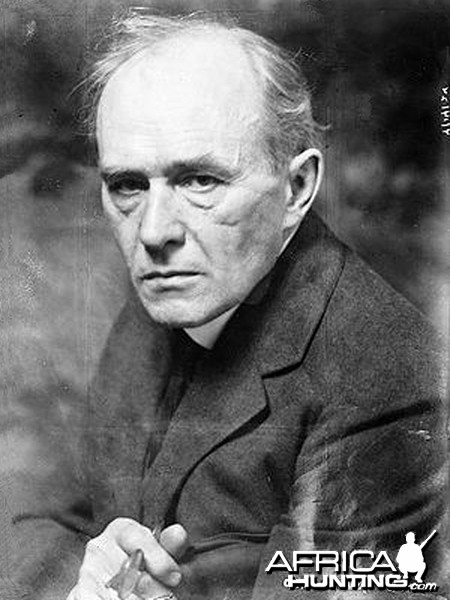 He improved the motion picture camera for working in nature. Akeley also wrote several books, including stories for children and an autobiography, In Brightest Africa (1923). He was awarded more than thirty patents for his inventions.

Akeley died of a fever in the Congo during his fifth expedition to Africa. He is buried in Africa, just miles from where he encountered his first gorilla, the “Old Man of Mikeno.”

His wife, Mary Jobe Akeley, married him two years before he died. He had previously been married to Delia J. Akeley (1875–1970) for nearly twenty years. Delia Akeley accompanied him on two of his biggest and most productive safaris to Africa in 1905 and again in 1909. Delia later returned to Africa twice under the auspices of the Brooklyn Museum of Arts and Sciences. She organized and led both trips and lived for several months in the Ituri Forest with Pygmies.

The World Taxidermy & Fish Carving Championships awards gold medallions that bear Carl Akeley’s likeness—based on a photograph he had taken at Stein Photography in Milwaukee—to its “Best in World” winners. There is also a Carl Akeley Award for the most artistic mount at the World Show. The medallions were sculpted by Floyd Easterman of the Milwaukee Public Museum. The Akeley Hall of African Mammals of the American Museum of Natural History is named for him.

Three Signs Of An Exceptional Taxidermist