Cannons and ???? Having fun with black powder

Location
{where Rooster Cogburn lost his eye in True Grit} 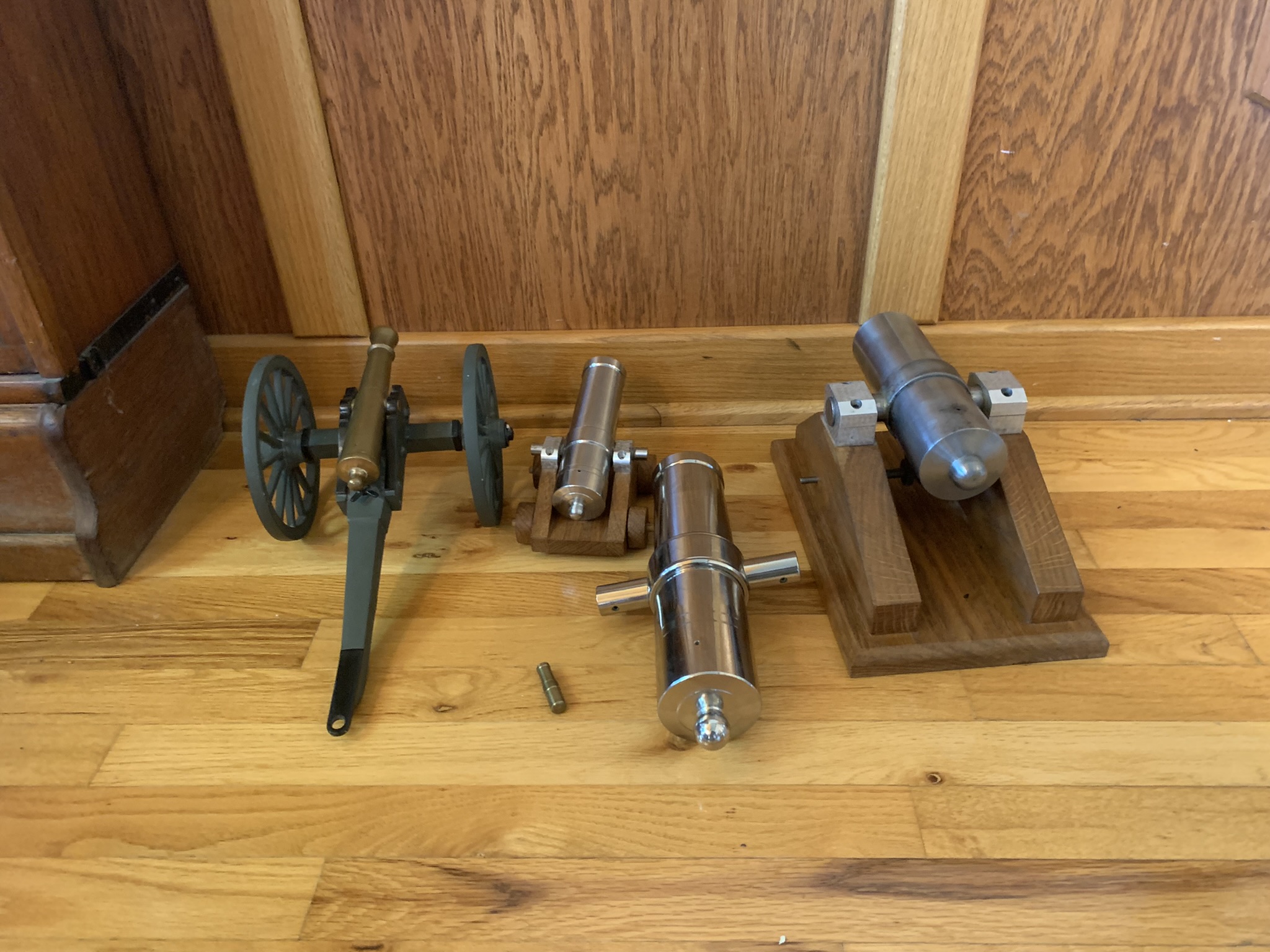 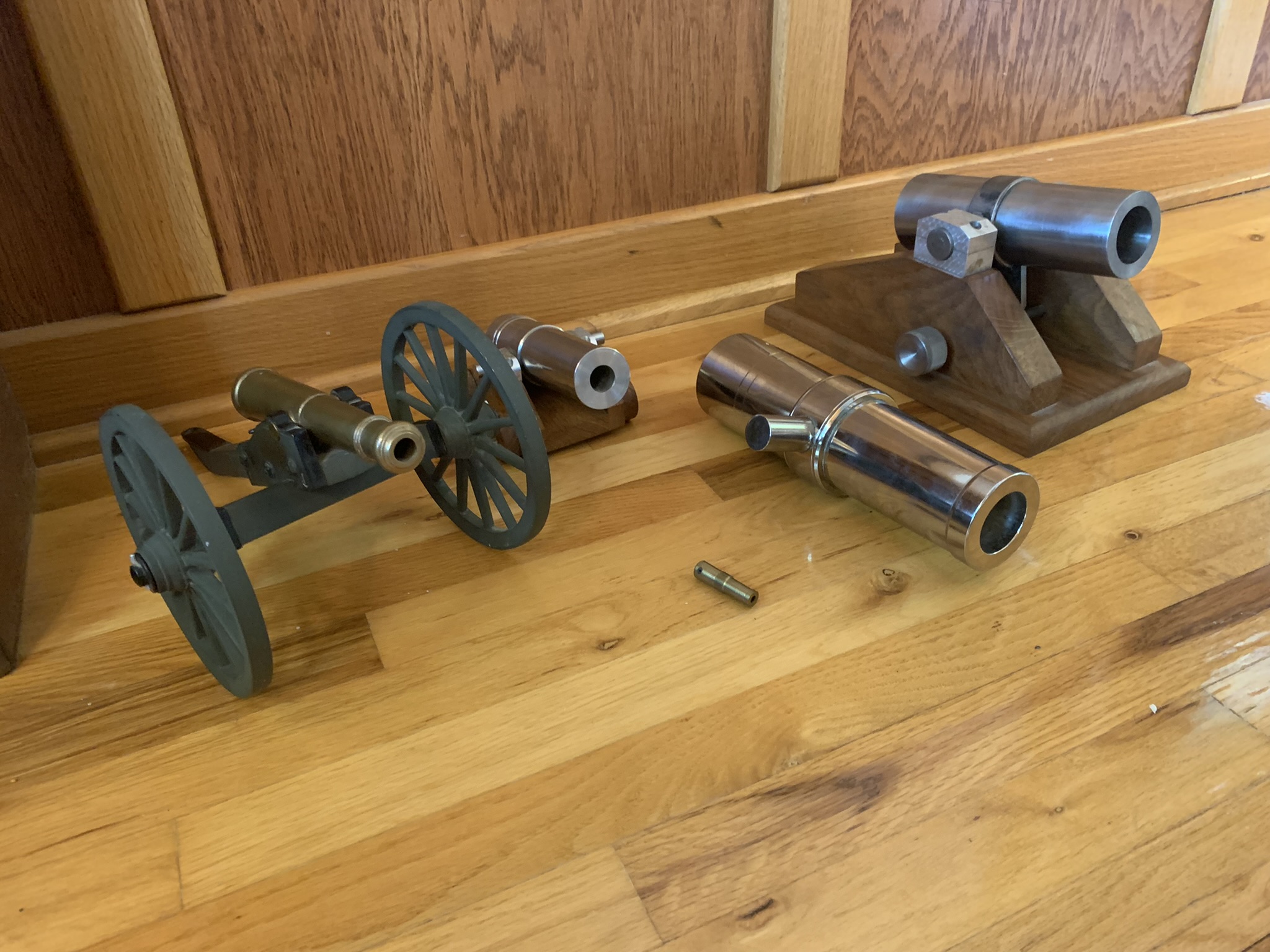 I saw cannons being discussed in another thread. There seemed to be some interest, but rather than derailing another thread I figured I would start one.

Disclaimer:These are all black powder! Do not use smokeless powder in anything designed for black powder.

My favorite uncle let an employee build a small cannon in my uncles shop many years ago. He said it was OK until the employee and some of his friends were shooting it and drinking. They ran out of black powder and tried smokeless and it basically became a pipe bomb.
That was the end of cannons in my uncle’s shop.

The picture below has some that reside at my house numbered for description.
#1 This is my first build. It shoots golf balls and will shoot them through 5/8” OSB. I never have shot it over my chronograph, but should. A golfball comes out fast enough you can’t see them in flight.

#2 This field piece is 50 caliber. I purchased it a number of years ago at a gun show. The carriage is cast aluminum with a brass or bronze barrel.

#3 I think I made a total of 4 of these 75 caliber cannons as Christmas gifts for my father, father in law, and nephews a little more than 10 years ago. 3 of the 4 have bronze barrels while the one pictured is stainless steel. It was past down to my son when my father in law past away.

#4 A friend of mine was really into black powder and wanted a golfball cannon. We both made one from bronze. We made 2 so he could see how I did it and copy mine using the same set ups. I never have taken time to make anything for the barrel to set in. Another friend offered to get them chrome plated and we took him up on it.

#5 This little guy shoots BBs and was a project I did with my son. He never took any interest in machine work and we never got around to adding trunnions to it.

The video above the last picture shows a friend and I shooting anvils at the antique tractor show at Adrian Mo. It is in slow motion. There are other videos posted on YouTube in real time but I think this slow motion is interesting. Somewhere around two thirds and three quarters of 3F or 4F black powder goes in the shallow hollow in the base of those anvils. Been doing that at 12 noon all three days of the show for over 20 years. It is about as much fun I have ever had with my clothes on. I have been asked to do anvil shooting at other locations but I won’t do it as we can control how close people are to this activity at the show. We have enough space to be safe. The Shooting team takes cover behind trees a safe distance away while the fuse is burning. This activity was started by blacksmiths and was done to sound an alarm and celebrate.

Another friend had a 6 pound field piece he used in reenactments. He asked me to be on the crew. I appreciated the invite but have enough hobbies. He sold it when his oldest son got enough experience that he wanted to live fire it instead of only shooting blank charges. 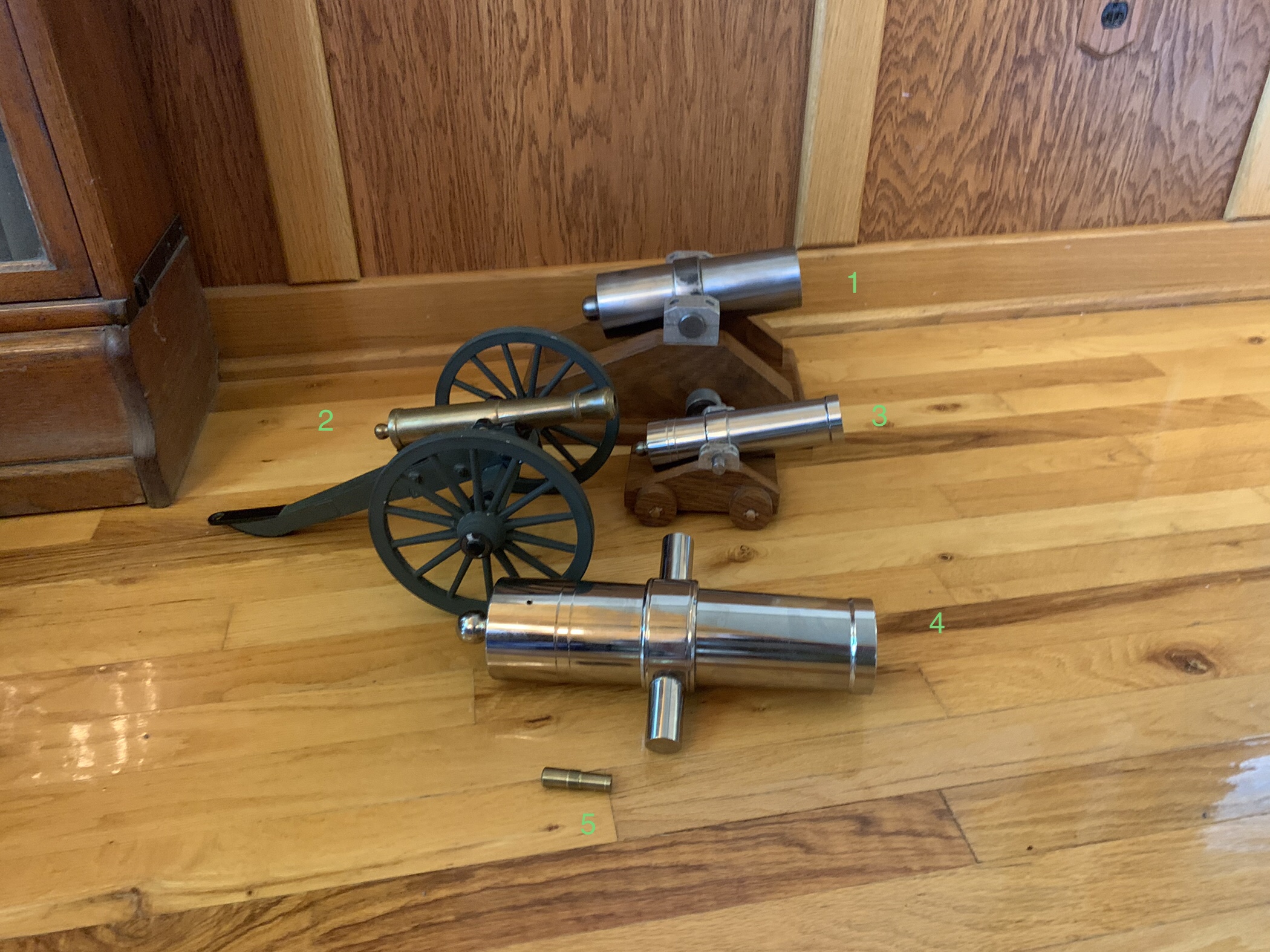 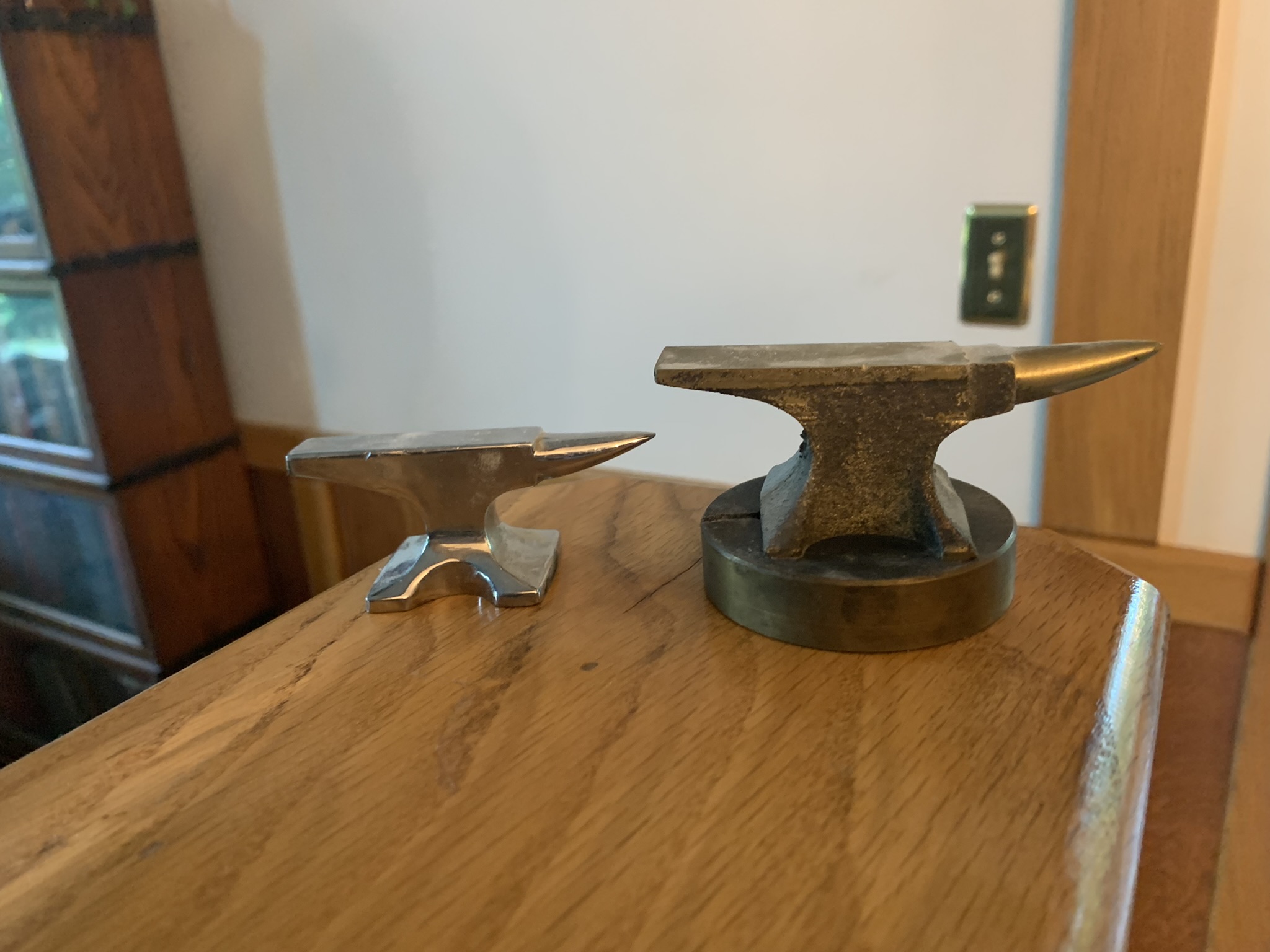 lol i have a Spanish one a guy left at my house when he (got laid off from AT&T days before retirement) and had to sell his retirement home to me (at age 23.) I always wanted to fire it...maybe next year? lol
"I never knew of a morning in Africa when I woke up and was not happy." -E.H.

A fellow who worked for me in Kenai, AK had one that shot bowling balls. It would lob them a couple thousand yards off the back of the city range. Nothing but tundra back there so they probably sank 10 feet in when they hit. We used to laugh about it and speculate on an archeologist finding them in 1000 years and coming up with ridiculous ideas of why they were there!

#2 looks like a mini version of the one we listened to marking touchdowns: 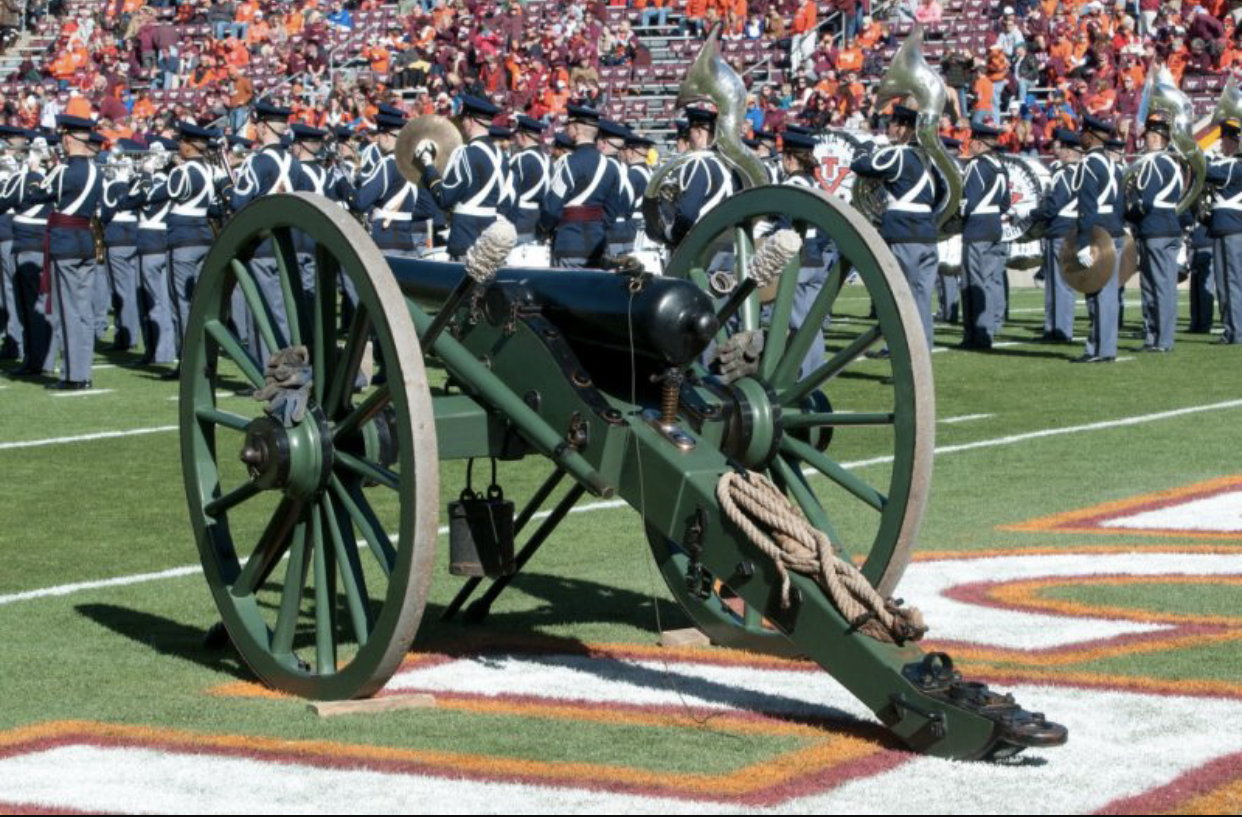 G
geoff rath Von Gruff geoff rath wrote on Von Gruff's profile.
G'day, Von Gruff; Could you give me an idea on your Bearded Chef Knife, as per your posted photos, delivered to Australia? I'd like to reward a good mate (excellent amateur chef) who has done me big favours in the past. Cheers, Geoff Rath
Aug 4, 2022 •••