Keep up the effort. It makes it tough when dumb asses train them.

Let us know if you'd like to import a few more.
I'm sure that we will be happy to accommodate!

BRICKBURN said:
Let us know if you'd like to import a few more.
I'm sure that we will be happy to accommodate!
Click to expand...

IdaRam said:
Plenty of love from Idaho as well!

Maybe you guys could start shipping some to California and New York?

I hunt wolves every winter from November through April. Usually spend around 20 days a year at it and I’ve been doing that for 5 years. I have never shot a wolf. My hunting partner has shot 1. So I guess that is not something to brag about!
Here in Idaho we cannot use bait, unless you are a licensed trapper and have completed the state’s wolf trapping course. We can buy 5 wolf tags over the counter for $12 each. A trapper can buy an additional 5 trapping tags, and a trapper can use his hunting tags for trapping. They are upping the tag numbers this year to 10 and 10.
I don’t think an Idaho wolf would ever come out in the open like the wolf in the video. At least not in the daylight. They have been hunted and trapped enough, mostly unsuccessfully, to be smart and skittish as hell. I know a very good full time trapper who has done pretty well in the past, but has trapped zero wolves this year. He has more than 200 traps out.
Click to expand...

I feel your pain.
I’ve lived in Alaska I think about 37 years now ?
Have only seen 5 wolves and one of those was actually just inside Canada, (near the town of Beaver Creek.)
Like Mr. Red Leg, I’ve heard them howl many times and have even seen their tracks in my yard, within the city limits of Anchorage (perhaps 350,000 people live here).
Admittedly though my place is on the edge of town, in thick woods.

When I lived in California (was born there but made a mannequin of myself from toilet paper and extra sheets, placed it in my bunk and escaped through the ventilation system) I took my share of coyotes by calling.
Here, I have yet to call in any predator, including a wolf.
All that has ever responded to all my squeaking, sqwauking and squealing have been birds, to include magpies, ravens, camp robbers, one owl and one eagle.
Most of which have generally stayed awhile before finally deciding I was just another city slicker then leaving me to my fruitless efforts.

Popular propaganda indicates wolves only take the sick and crippled moose, caribou, etc.
Truth is, they take primarily the young.
They also evidently delight in grouse and rabbit hunting.
Only benefit to wolves here where I live is that they sometimes catch and eat coyotes.
And we likewise have too many of those grouse vaccums as well.
Presumably because wolves and people both hunt them here, coyotes too are extremely skittish.

BRICKBURN,
I enjoyed the video, thanks for posting it.

PS:
A full grown wolf has to be seen in person to appreciate how huge they are.
Generally speaking, they dwarf a typical German shepherd.

Velo Dog said:
When I lived in California (was born there but made a mannequin of myself from toilet paper and extra sheets, placed it in my bunk and escaped through the ventilation system)
Click to expand... 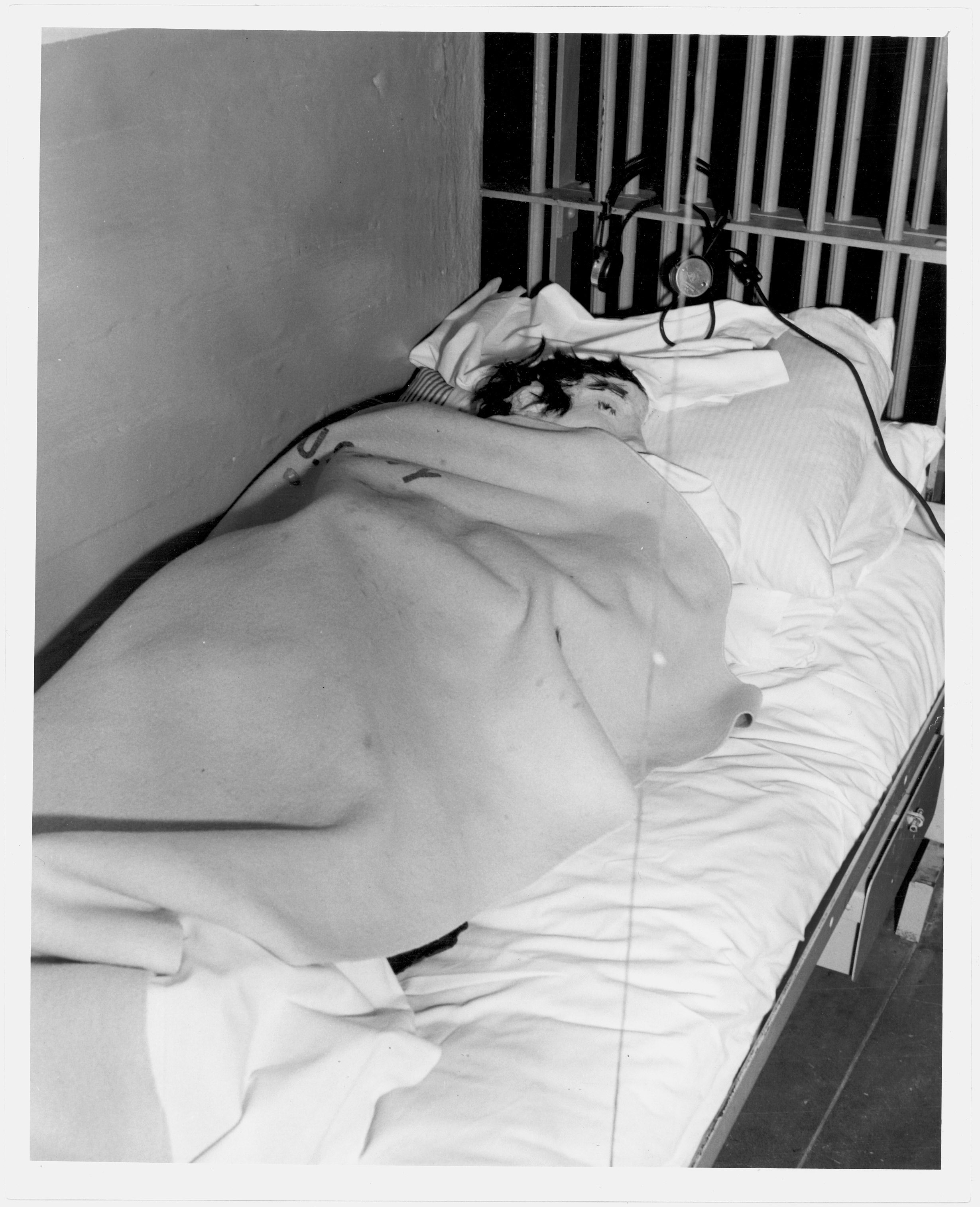 No doubt you swiped this photo from Lt. Drebin’s file cabinet, down at Police Squad.
That’s me alright, or at least the California KGB thought so for long enough that, I could get over the wall and through the razor wire.

I'm taking my Non-hunting niece out next week to see the Feral Horses (if you want to be romantic Wild Horses and perhaps we will spot some of these canines in the process.

The +22C melting should make it interesting.

On top of it, someone skied over a Grizzly den the other day and woke one up. That trail is closed now.
Maybe we'll see his cousin out for a preliminary stretch.