Hi all just returned from a Fort Nelson, B.C moose hunt, I'm sitting at home typing this on the day I was supposed to be coming out of the bush. We drove a total of 96 hours there and back, over a 7 day period to hunt for a total of 11 hours, and I use the term hunt very loosely. Was told on day 5 to go home, you can have a free return trip, I asked for a cash refund, and was given a contract saying he would pay us back after the hunting season over. We figured it was just a ploy to get us out of town so he didn't have to deal with us any more. and we don't expect to be refunded any cash.
Here's what piss me off the most, we bought the hunt at an SCI auction, my buddy won the auction, I was offered the hunt at the same price. The local SCI chapter VP highly recommended the outfitter, we have since found out he has never hunted moose with him. This guy is also in charge of vetting the outfitters who offer hunts for auction, we assume he is getting something out of this too.
I'm afraid if there is even a remote chance of getting back our money would be ruined if he finds out that I have posted his name and name of his outfitting business, sorry guys.
We are also done supporting SCI, unless they help us make it right, we attend several dinners a year and always have purchased hunts or other items at their auctions or raffles.
I will never hunt Canada again, in 7 hunts I have only had 2 quality hunts, 1 bear hunt, and 1 caribou hunt, I only get a bunch of lies and lip service from the outfitters I have hunted with, I don't honestly know how these people sleep at night. I know I sound like sour grapes, but spending close to $10,000.00 is hard to swallow.

MOD EDIT:
the name of the outfitter is Tenaka River Outfitters, they operate out of Fort Nelson BC, and they also have an Alberta outfit called Rugged Outfitters. Todd Bunnage and his son Grayson are the main players.
New names for 2020:
Tenaka River Guide Service, Trophy Zone Outfitting.
Last edited by a moderator: Feb 9, 2020

Sorry to hear that please pm me with outfitters name if you can.
Rodney A McCartney

I would be choked.

It is sad when we rely on something to offer a recommendation and find out they actually know nothing about the outfit.

Is the guy a member of the association? They should be, but....
https://www.goabc.org

So, what the hell did this twit do for five days?

Brickburn, I'm glad you responded, when I first posted about going, you said moose, Fort Nelson, no problem, I was relieved because I know, you know your hunting. I also knew you would give me the proper people to contact concerning this mess, thank you. Well my first hunt was standing on railroad tracks waiting for animals to cross for about 1 1/2 hours. My second hunt the best hunt was a float trip down the Muska river for about 8 hours, I even seen 3 moose, cow, calf, small spike bull. Third hunt was, we drove hour south of town, got out walked down a 2 track to an area where a oil well head is located and he call for awhile the back to the truck, total time was 55 minutes, two hours travel of 1 hour hunt. Fourth hunt was walking down a 2 track by myself calling for moose for a little over an hour. That was it, 3 times we tried to get back into camp, once it was to late in the evening to go, second and third time his equipment broke down. If I told the entire story of what we went through someone would make a comedy out of it.

If someone can screw up a Moose hunt in that area they have to be trying really hard.

I'm sorry for that experience.

There are good Outfitters. We all know that. It is so crappy when someone runs into a bad one. I feel for you.

If you get your money back and want to give it one more try I'll suggest someone.

A guy I trust to take you hunting in the Peace Region. He is a machine. On a personal hunt I set him loose on a Mule Deer buck we had spotted at 850 yards with a half hour of legal light left. He got the deer. He ran to within an easy chip shot rifle range. It was something to behold.
Oh ya, and he's honest. 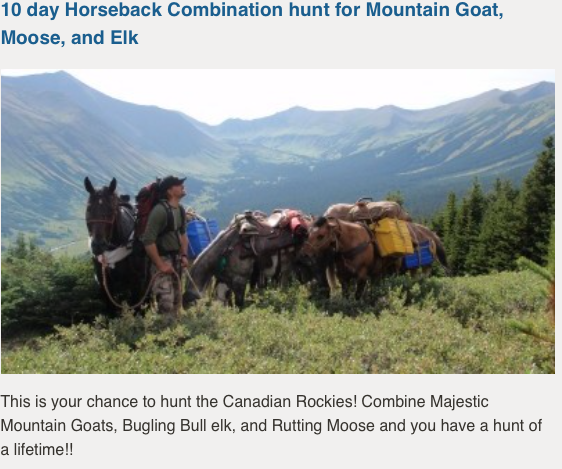 What a crappy story! I really hope you get your money back. That suggestion by Brickburn actually sounds really awesome!
"When my friends tell me that I have led a remarkable life, I have to admit having done my best to make it so" - John Kingsley-Heath

Thanks tay50
Rodney A McCartney

BRICKBURN said:
I would be choked.

It is sad when we rely on something to offer a recommendation and find out they actually know nothing about the outfit.

Is the guy a member of the association? They should be, but....
https://www.goabc.org

I am so sorry you had a bad hunt. HOWEVER I hunted with the president of the GoABC a few years back and had a very similar experience. Total of 9 hunters in camp (bear/moose) and NO ONE shot a bear , one moose that was standing in the road. Lots of very angry clients that week. Good luck getting a refund, I hope you are able to
Last edited by a moderator: Oct 9, 2018
It's not the years, it's the mileage......(Indiana Jones)

Sorry to hear! This is not the first time I have heard about these situation. I hope everything works out for you.

Thanks everyone, I would say we are going to get stiffed again, but maybe with some help from SCI he just might step up to the plate. There were 11 people hunting with him when we were there, 8 hunters no animals, same issues hardly any hunting time, road hunting if they got out. I'm trying to get intouch with the other 3 guys now to see how they done, they also bought their hunt based on the referral from the same SCI chapter VP. As of last Friday when we left there had been only 3 moose taken by over 30 hunters so far this year, 1 elk, not sure how many bears, they say the place is crawling with them? The saddest part is this guy will spend the winter going to different SCI shows and ripping more people off. We were told to give him are food costs while staying at the hotel and he would pay us back immediately, if he does not respond or pay us I will write the full story naming everyone, including all the lies, I have to think about my hunting partner and what it would cost him. I am open to PM.
Brickburn could you share the name of the outfitter you suggested, I really want a moose and wolf.

I'm not sure of the exact area you were hunting. Some information for anyone considering a Moose hunt in BC.
You can also search for more up to date information at the same sources. (No idea if this is the most current information)

Do some review of the details, but here is a little information on the populations and quotas. 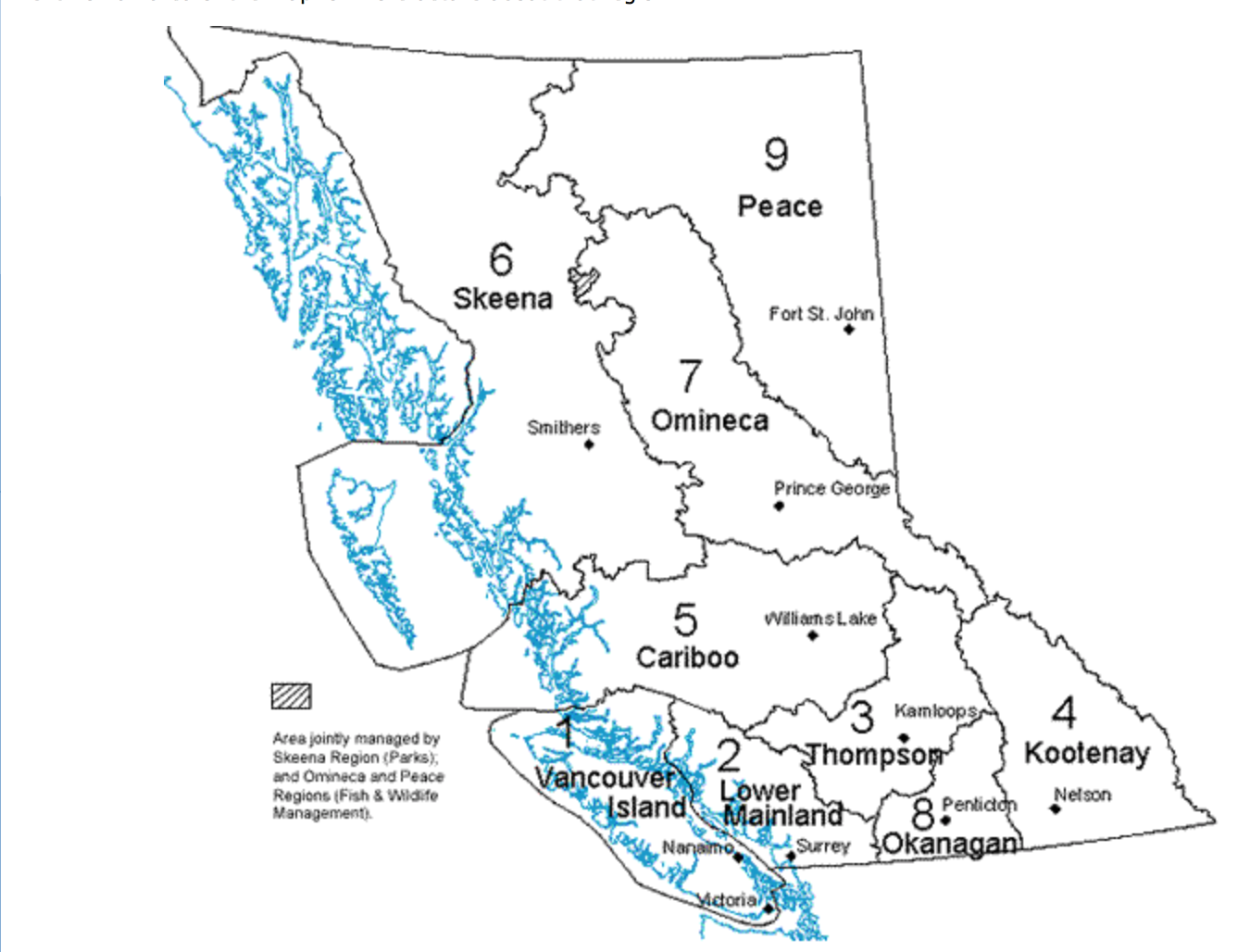 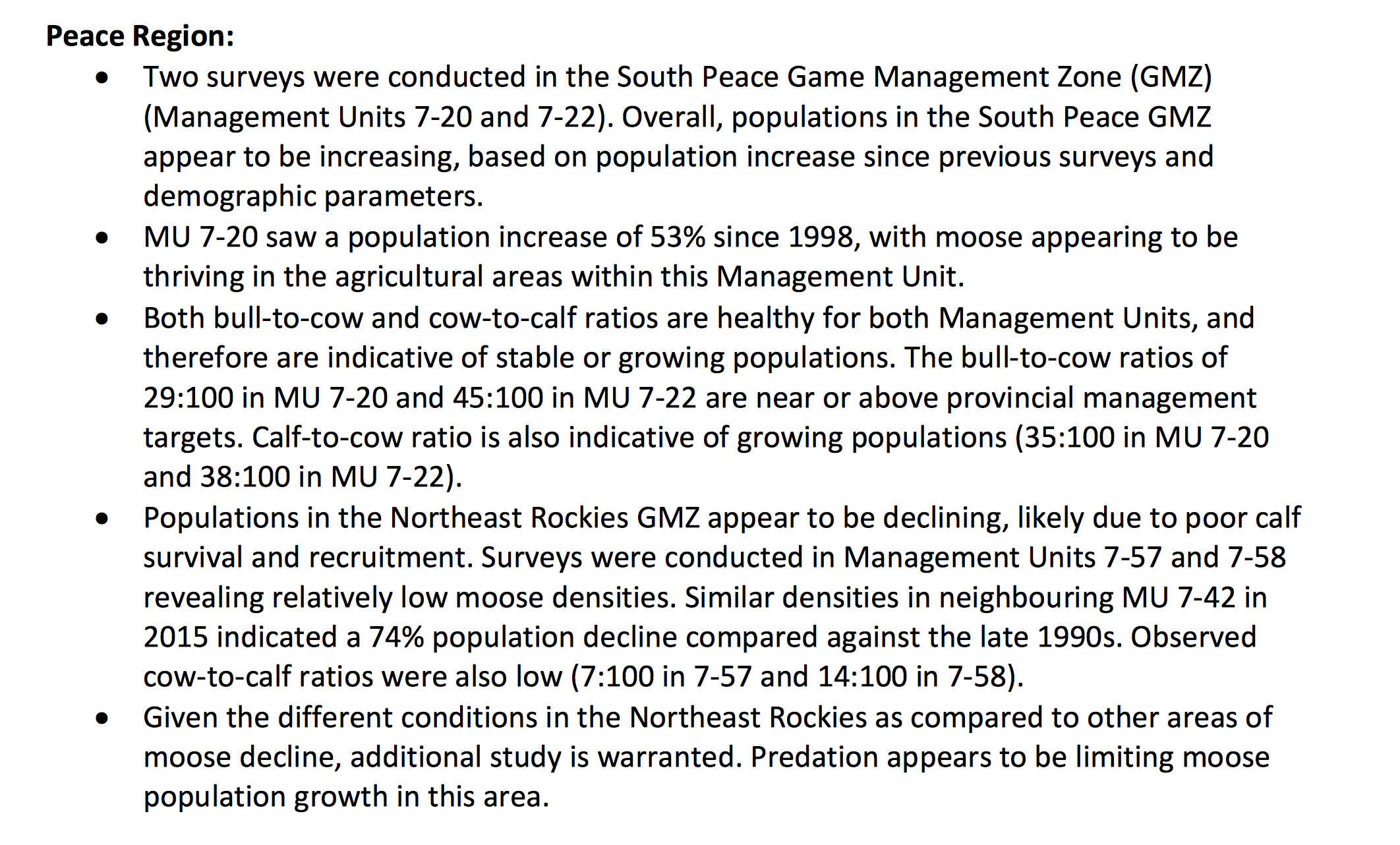 I know about Wolf hunting here in Alberta. I have zero clue about BC. Anyone wanting to get a Wolf, please come here and take one. Our Elk will thank you kindly.
Anything out of the Panther River area would be greatly appreciated.

I'll PM you the name.

This sort of thing happening can certainly be irritating!
I had a similar situation (Alaska) where the guides almost quit the outfitter due to bad food, dangerously maintained equipment and total misrepresentation.
Best of luck getting a refund!
Africa on my mind.

Ridgewalker, there was one guide that did quit just before we got there, he was the son of my guide. As hunters we need to all be on the same side, lord know we are being attacked on all sides by the non-hunting activists trying to stop our sport. Now we have these POS outfitters that are selling hunts just to screw us
hunters over, then we turn against each other causing more harm to the hunt sport. Also what hurts the most is we support several of our local SCI clubs by attending their fundraisers. I have purchased a African hunt at auction, my buddy bought 2 hunts the night he got the moose hunt, and then this happens to us. Now we're not sure about SCI and how they research their potential outfitter donors, and whether we will ever buy another hunt from them, now SCI loses too. We also support DU, Ruffle Grouse Society, RMEF and Michigan Whitetail, if you add up just the cost of tickets to attend these yearly events, we spend hundreds of dollars each year to support them. Sure I'm not happy, but this seems happen to me with a lot of canadian outfitters, now my solution is stay away from hunting Canada, even though I know they are not all bad outfitters, they all are now eliminated from where my hunting monies is spent. Kurt

tay50 said:
Now we're not sure about SCI and how they research their potential outfitter donors, and whether we will ever buy another hunt from them, now SCI loses too.
Click to expand...

At least at a national level they don't research them. Does the check to SCI clear and are they a member of the appropriate home country association ? If yes, research concluded. In this way SCI is a marketing arm only and they don't claim to vet. They will expel if there is enough flack on an outfitter (and it isn't done often, not does national explusion mean that an outfitter won't sell at a local SCI event), but other than that....
HUNTERS make importation bans work!

Maybe PM the SCI folks on here - I think Paul Babaz and Rick Parsons both joined.
You must log in or register to reply here.

CANADA: Has Anyone Hunted With These British Columbia Moose Hunting Outfits?