As some of you might remember from last fall I had the opportunity to take a young lady turkey hunting in the fall along with her father.


This spring her twin sister Lily joined us for what would be her first turkey hunt. Opening day saw Lily and I on one of our favourite spots overlooking a large hayfield at an intersection of several fields. The gobblers were on fire opening morning despite the rain and overcast in our area, then they became silent and we were left with the noise of the rain on our blind and very little action. It seemed a little disappointing that we weren’t seeing any birds as this has long been my go to field for Toms. I actually began formulating a plan for the afternoon hunt, when Lilly spotted a Tom coming from the right side of the blind to check out our decoys. She slowly started to raise her 20 gauge for the shot when the Tom (which was about ten yards out) spotted something he didn’t like and I desperately willed her to shoot before the Tom left for sunnier climes. She pulled the trigger and she had her first Tom. I was thrilled to be there for her first bird! 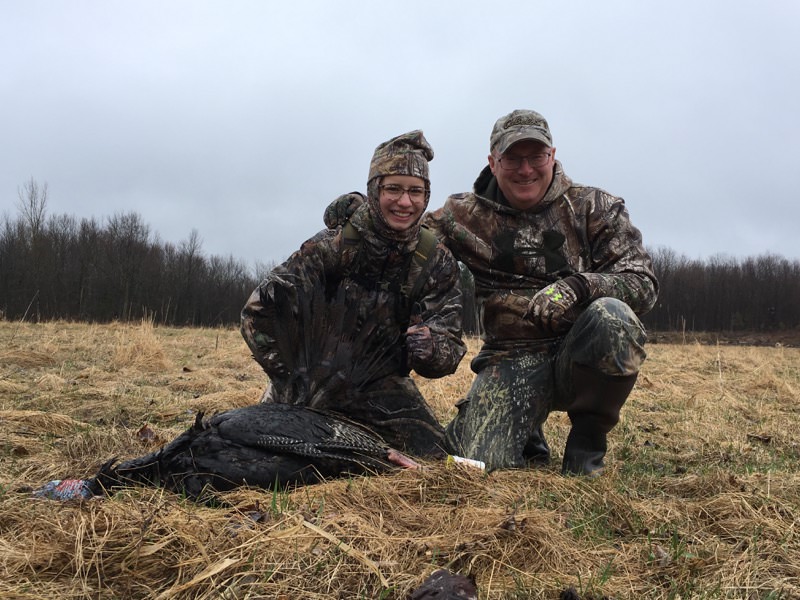 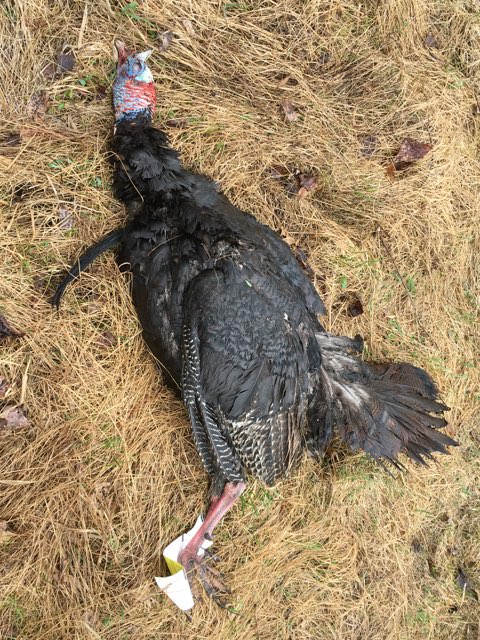 The next weekend saw us divided up on different properties. Abigail (who was now a veteran turkey hunter from last year) was teamed up with her father in the same hay field and experienced the same start as the previous weekend with lots of gobbling and then silence. The field remained largely empty except for a single Tom who skirted the far side of the field just inside the wood line, remaining immune to calls from my army buddy as he obviously had a hot date somewhere else! Unbeknownst to them two Toms and some hens were making their way towards the decoys from the left of the blind. They came in quiet just as last week and once they were in the clear for a shot my army buddy had gotten his Tom. 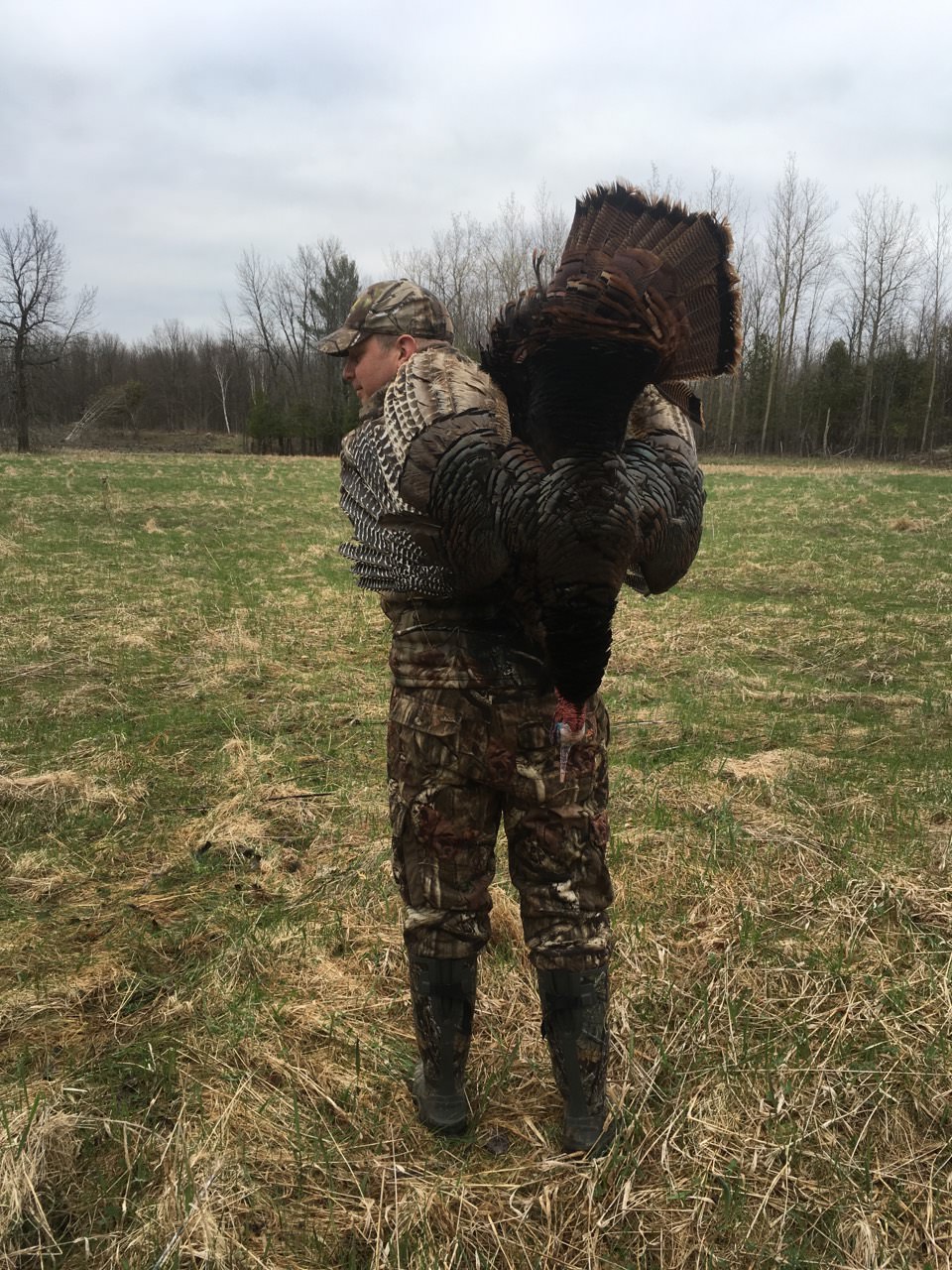 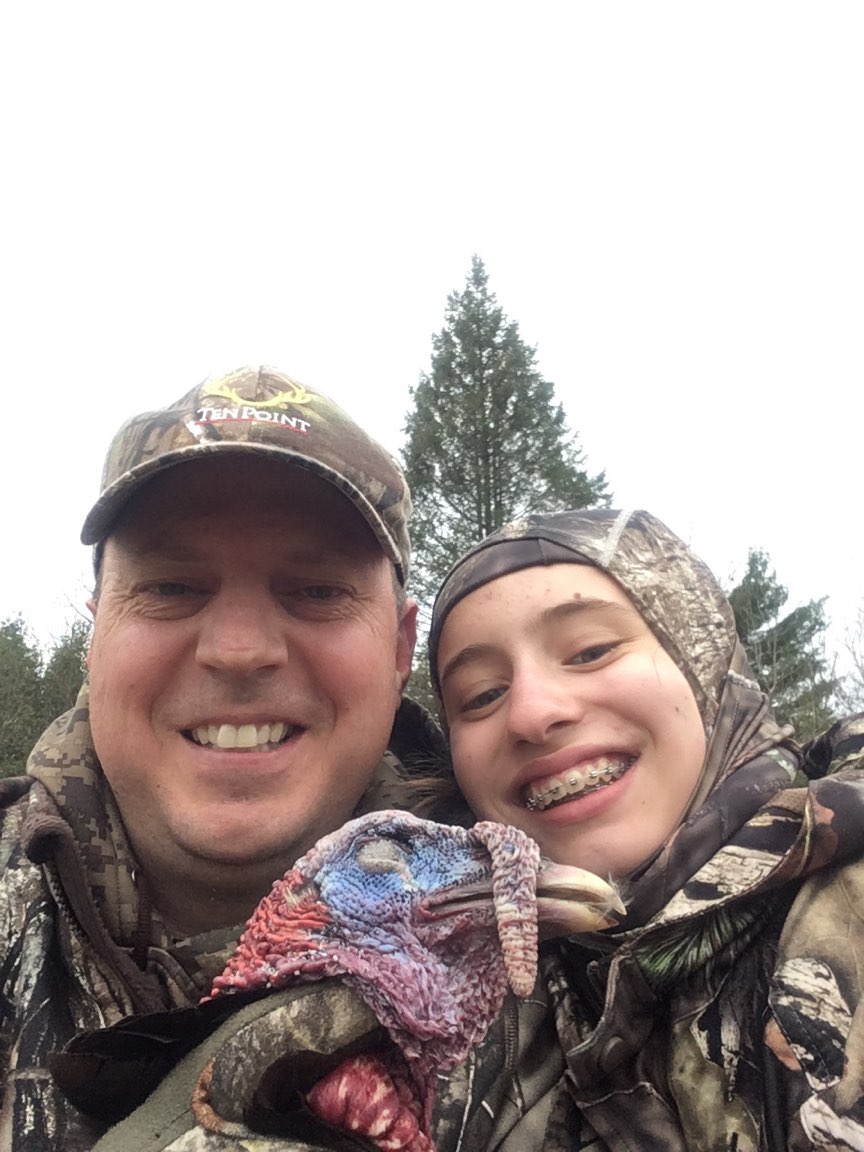 A father/daughter selfie was taken by the happy hunters.

I decided to hunt solo at another location which was in the centre of our woodlot during the afternoon of the second weekend . Gobblers had been heard there the week before but as of yet none had made their appearance. True to form I saw three lone hens each about an hour apart as the afternoon wore on. Once the last lone hen had drifted away from the small clearing I made a quick call and was immediately answered by a gobbler directly in front of my blind and I started to strain my eyes through some thick undergrowth when a lone hen pops out into the edge of the clearing and heads for the decoys. I instantly see the Tom behind strutting away and think to myself great as he will follow the hen in. Of course he doesn’t, and continues strutting in the woods just out of range due to the undergrowth (you can bet I will fix that this summer). The hen loses interest in the decoys and moves off to my left and I can see that the Tom is about to follow her off into the woods. I see one small gap where I can get a shot if he passes through and concentrate fully on this spot. He continues to side step the small brush clearing but edges closer to the lane and then into it where the old adage “its now or never” resounds in my ears and I pull the trigger and down he goes! 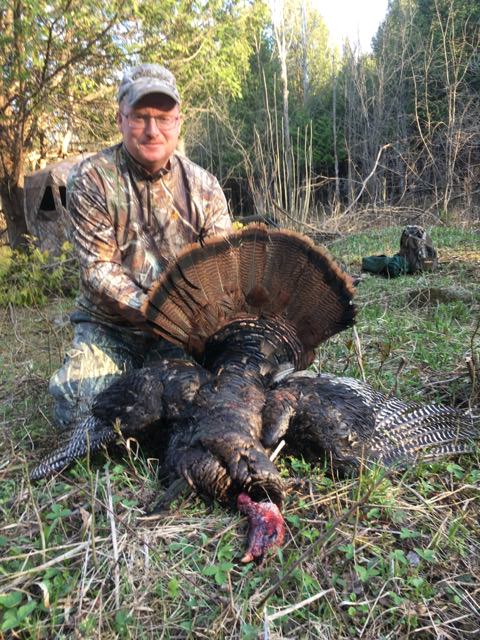 The next morning of the second weekend finds me calling for my better half, she had hunted this same two acre food plot full of clover last weekend and had hens all around her but had not seen any Toms but had heard them calling. The morning starts off slow with a few Toms gobbling back but at quite a distance. My calling doesn’t result in any interest from the local Toms and we settle in for the long haul. A doe wanders into the food plot and provided quite a bit of entertainment as she stomps repeatedly at the decoys. I am just about to let out a hen yelp when my better half says “there on the left, two Toms” in a whisper to me. The first Tom isn’t buying the decoy set up and cuts straight across the food plot, but the second commences to strut and work his way towards the decoys. She slowly raises the Verney-Carron O/U and waits for him to get closer when the Tom loses his nerve and decides to get out of Dodge. She senses he is about to retreat and shoots putting him on the ground. 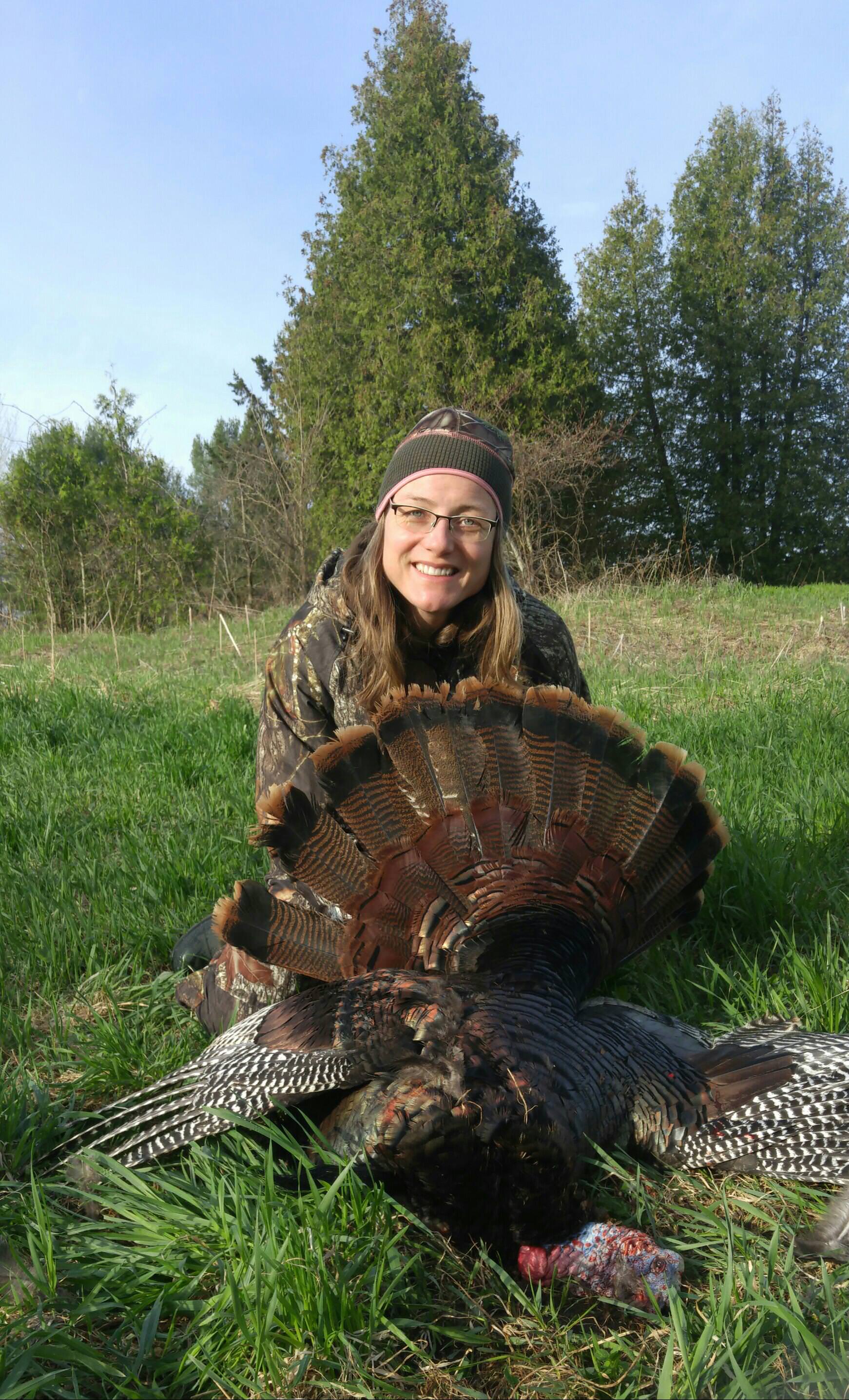 All in all a great season for us so far!

You guys are thinning the herd in a significant way.

Congratulations to all the hunters.

Congrats! What a great thing to share this with a new hunter.
"When my friends tell me that I have led a remarkable life, I have to admit having done my best to make it so" - John Kingsley-Heath

Damn man, you guys are fire! Congratulations!! Pretty cool you get to take so many new comers to Turkey Hunting.

Nice! Some good looking toms. I'd say you have had a great season so far. Congrats
Bruce

Great shooting everyone. I think you guys got more turkeys in a short timeframe than I've ever heard of.

Thanks everyone. It seems like the predator control and the land management is staring to pay off on these properties!

Man you all need your own TV show with hunting like that! Congrats to all!!

Well we managed to head out one last time this past weekend and after scouting through the previous week we focused on a large hayfield and a small clearing in some cedar bush. Abby and her father went to the small clearing and Lena (new hunter and mom of Lily and Abby) went out with me to the hayfield. We had Sat afternoon and Sunday morning to hunt. Upon arrival at the hayfield on Sat afternoon we heard a tom gobbling as we quietly slipped into a blind at the edge of the field. I let out a couple of calls and could not get him into a conversation no matter what I tried. I settled into calling periodically and the tom went silent. Several hrs passed with nothing but mosquitos to look at, when without any noise at all a tom appeared to the side of the blind headed out towards our lone hen in the hayfield. Lena slowly got into position and ever so quietly raised her shotgun up inside the blind as he was only out about ten yards. The tom suddenly figured out something was amiss and stretched up straight and tall looking like he was about to bolt any second. Lena pulled the trigger and her first tom was on the ground. 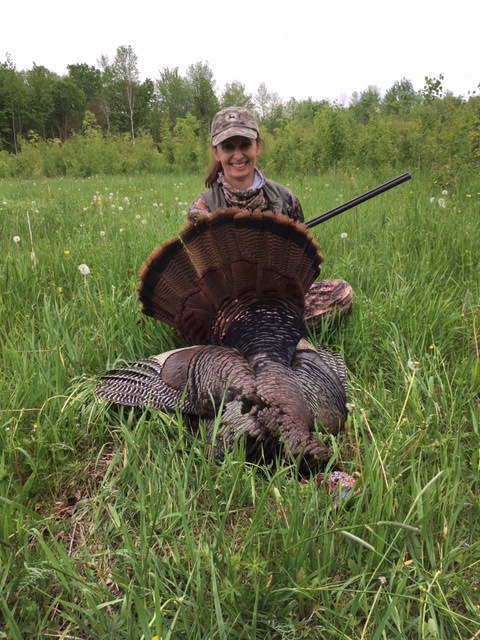 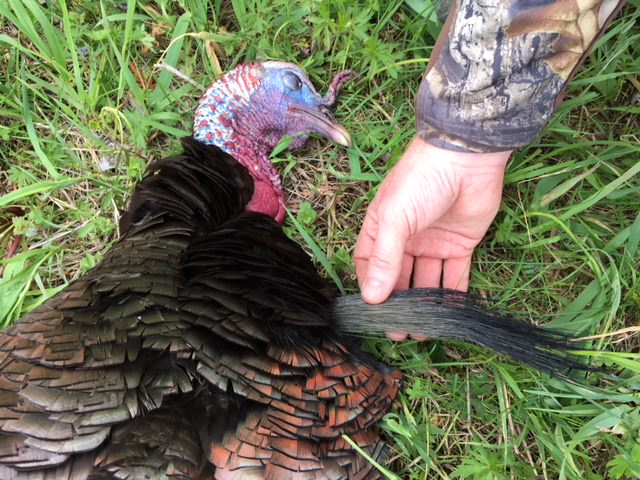 Unfortunately, Abby didn't connect but there is always next season! 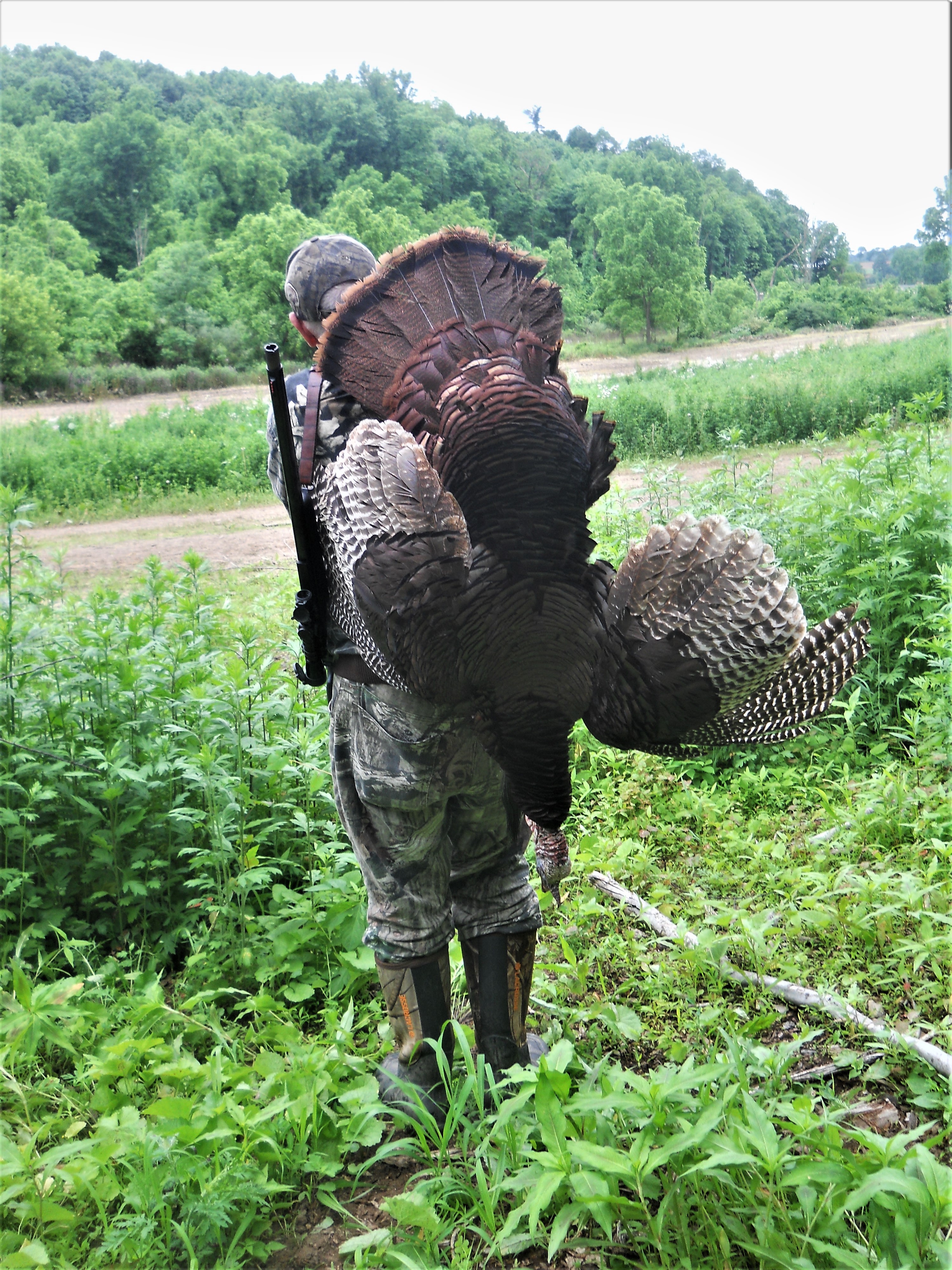 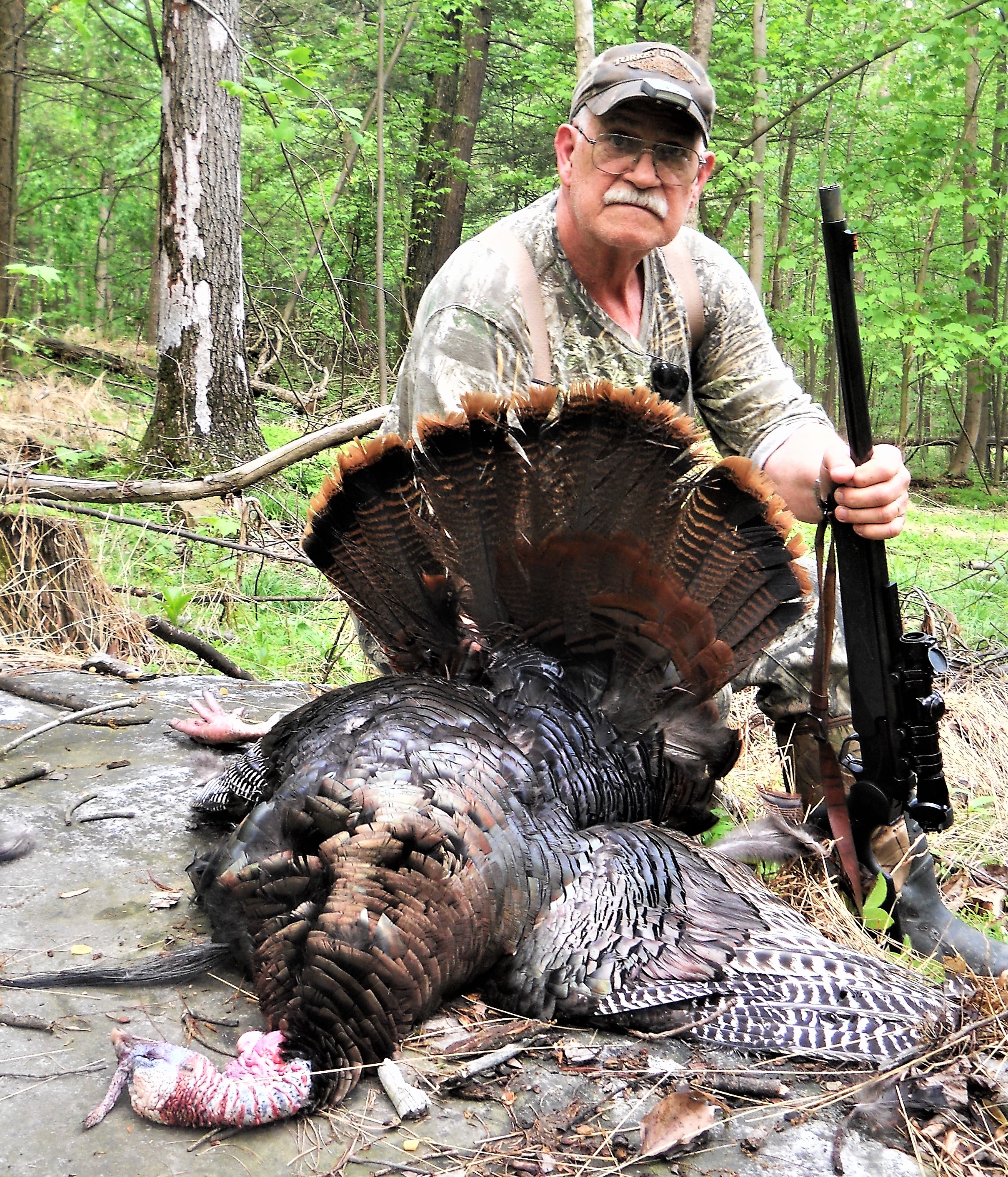 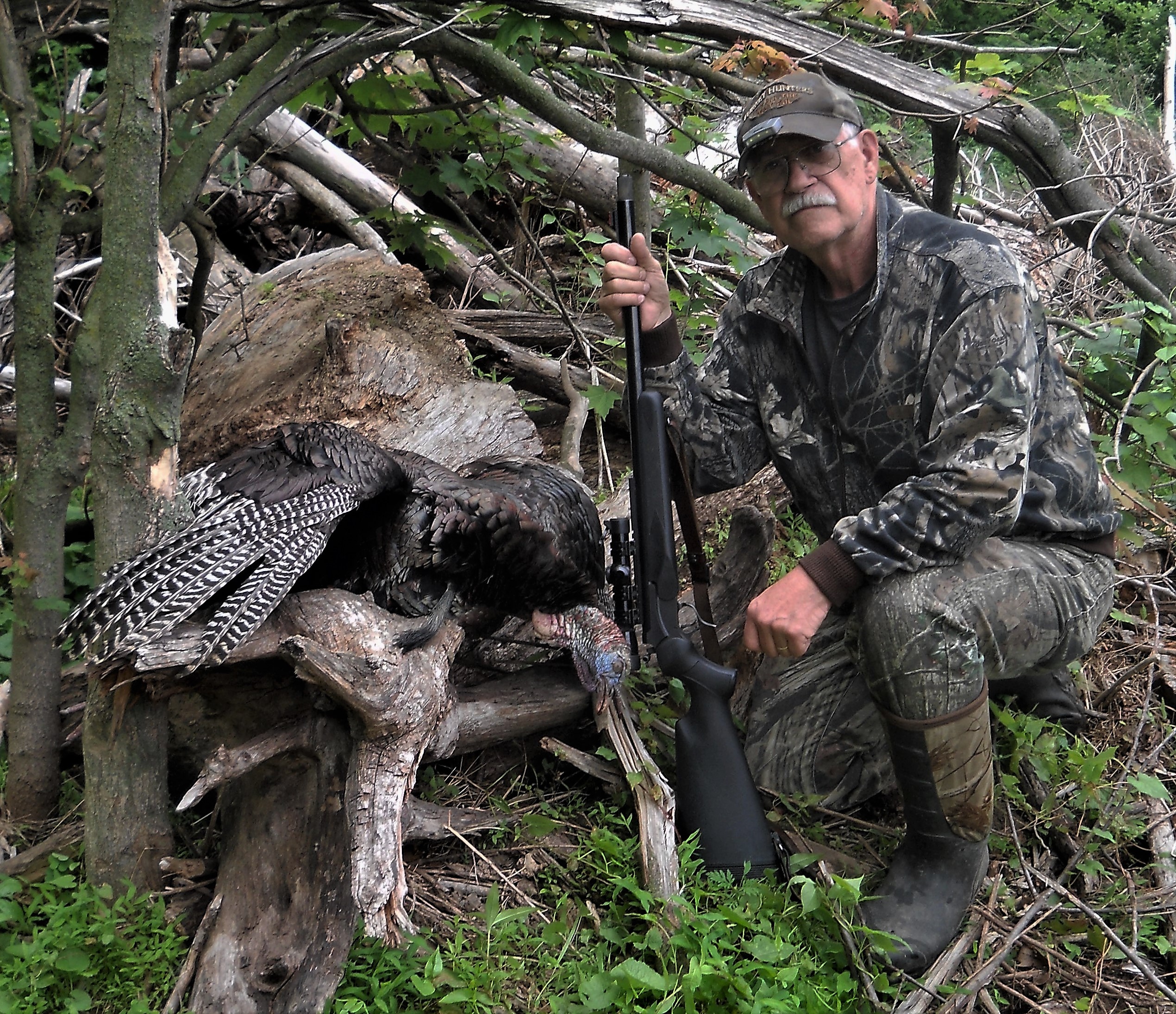 Fantastic. I grew up on a farm in Ontario and there wasn’t a turkey in the province, now they’re everywhere! Of course we had plenty of pheasant back then and they seem to have disappeared now.

WAB said:
Fantastic. I grew up on a farm in Ontario and there wasn’t a turkey in the province, now they’re everywhere! Of course we had plenty of pheasant back then and they seem to have disappeared now.
Click to expand...

I remember when there was lots of pheasants around as well. Pretty localized pockets are all that’s left. About thirty years ago I helped with the release of turkeys. Never thought I would be hunting them in my lifetime!

adgunner said:
I remember when there was lots of pheasants around as well. Pretty localized pockets are all that’s left. About thirty years ago I helped with the release of turkeys. Never thought I would be hunting them in my lifetime!
Click to expand...

The effort to introduce pheasants was a big failure unfortunately. I think there is a reasonable group south west of us, but that is it.
"When my friends tell me that I have led a remarkable life, I have to admit having done my best to make it so" - John Kingsley-Heath

Our family farm is in Essex county. We had great pheasant populations. There was some release in the county but our township just had a lot of wild birds. They are gone now. Sad to see. 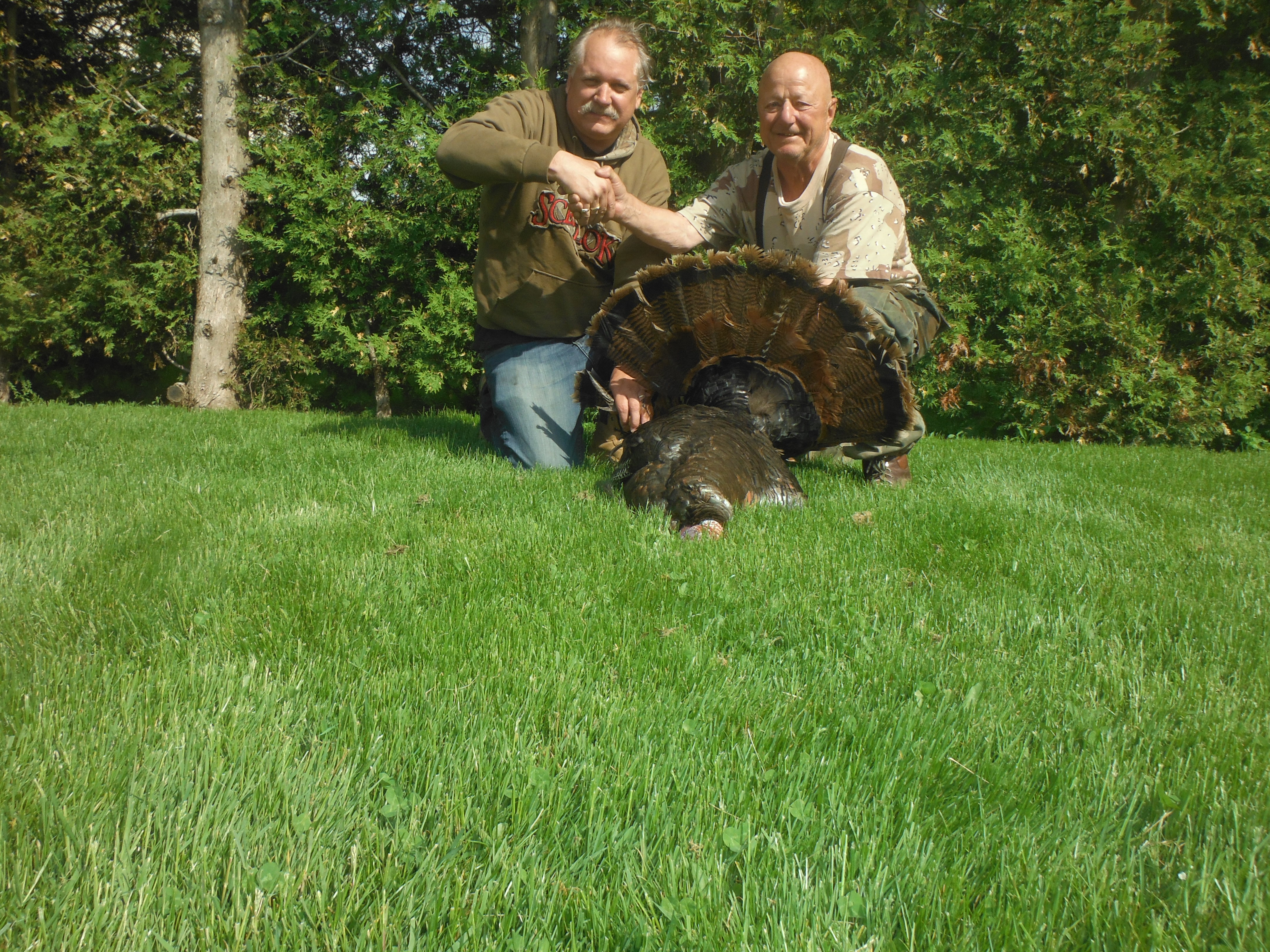 I had to move away from my turkey spot for work, hated it as i always had a great season, but driving from Windsor to north of Newmarket just makes for a real long day lol
Almost booked a hunt with someone by St Thomas but couldn't swing it before my SA trip

Congrats on the season!
You must log in or register to reply here.

How bad can opening weekend of spring turkey season get?
2 3 4

Yesterday at 8:43 AM •••
R
Rare Breed USMA84DAB Rare Breed wrote on USMA84DAB's profile.
Doc attached.
Sep 13, 2021 •••
E
elkhunter77 Mark Biggerstaff elkhunter77 wrote on Mark Biggerstaff's profile.
Yes, I am interested in some A Frames to load, if they are the 300 grain or other that will work for Cape Buff. I need enough to work up a load and sight in, then carry over there
Sep 13, 2021 •••
K
KKovar AfricaHunting.com KKovar wrote on AfricaHunting.com's profile.
Wow, great response regarding the title of a thread and an amazing site.
Sep 13, 2021 •••
J
Jerycmeach Bullet Safaris Jerycmeach wrote on Bullet Safaris's profile.
I am interested in hearing about your wild lion hunts.
Sep 9, 2021 •••