Can Faux Rhino Horn Help Save The Species?

An article from al Jazeera about a tech company planning to grow artificial rhino horn and flood the market with it in an effort to save the rhinos. There is a video on the website to go along with the article. 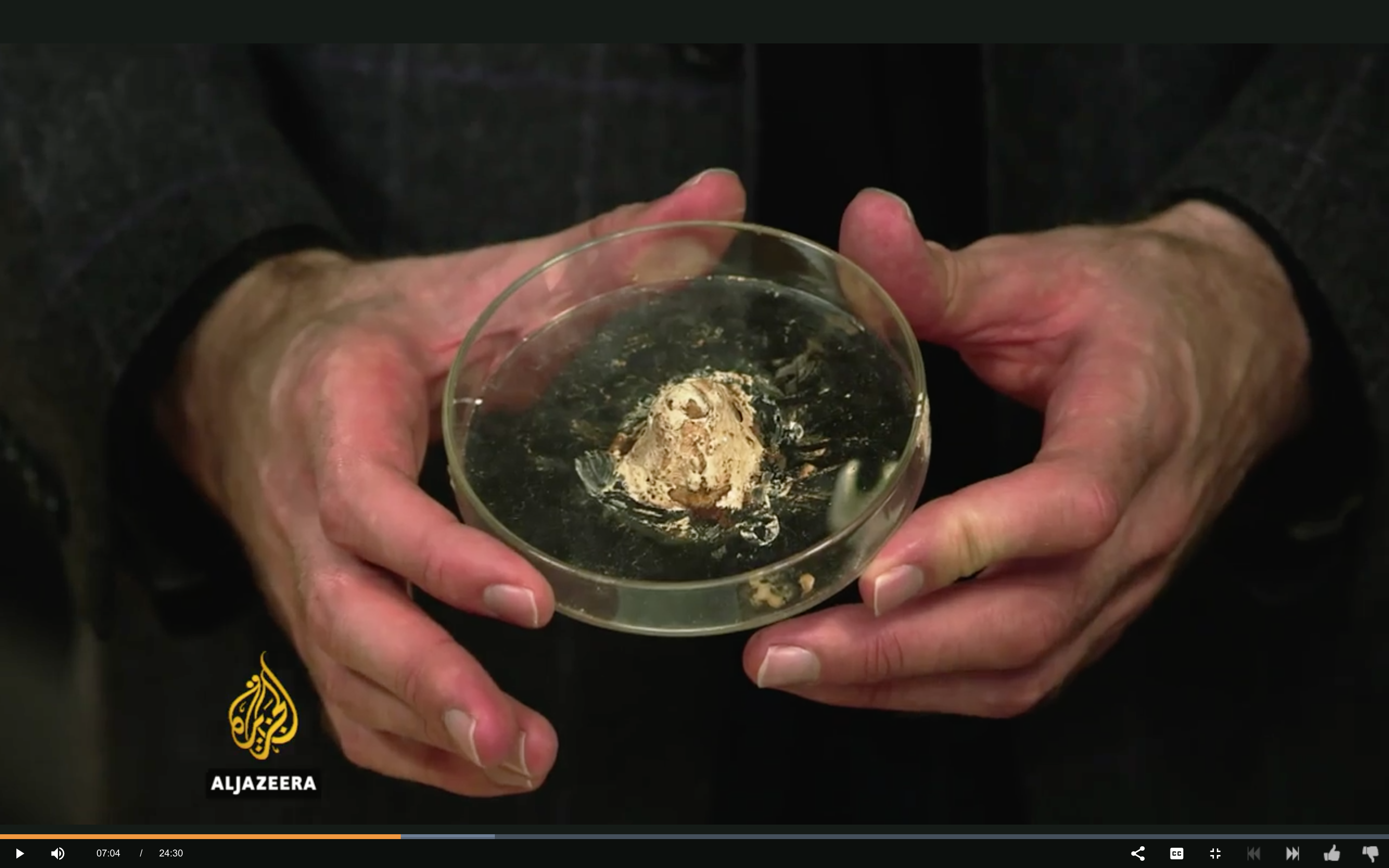 For thousands of years, rhino horn has been coveted by people around the globe, primarily for its beauty and its perceived medicinal or special powers. Just like ivory, it has long been prized as decorative proof of status and wealth.

At the turn of the century, there were tens of thousands of rhino across Africa and Asia, but now, with a rhino horn fetching up to half a million US dollars on the black market, these animals are increasingly at risk of extinction.

So how does rhino horn, which is made of keratin - basically the same protein that makes up our hair and fingernails - become worth more money than cocaine, heroin, gold and even platinum? And what can be done to stop rhino poaching?

Practitioners of traditional Chinese medicine have prescribed rhino horn as a "cure" for a range of illnesses from a fever to food poisoning, despite the lack of any solid scientific evidence to support its medical efficacy.

In the past decade, the demand for rhino horn in China and Vietnam grew - and the price rose.

"This is a valuable product and it sells for more than the value of gold, by weight, in Vietnam," says John Baker, managing director of WildAide. Although it is illegal in Vietnam, acquiring rhino horn is also seen as status symbol and investment.

A recent report by Traffic, a wildlife trade monitoring group, suggested the use of rhino horn among wealthy urban Vietnamese men is one of the major drivers of rhino poaching.

Every night in South Africa's Kruger National Park, home to the world's largest population of rhino, two or three animals are shot by poachers. And the closer the rhino comes to extinction, the more horn becomes a scarce resource with the inevitable rise in price.

One of the latest and controversial strategies to stop the use of Rhino comes from a US bio-tech start-up in San Francisco called Pembient. Their 3D printer techniques will help manufacture horns that will eventually "pass" as the real deal. The company hopes to flood the market with fake rhino horn in order to stop the demand for the genuine product.

"We want to build something that's microscopically and molecularly the same as a rhinoceros horn," says Pembient's CEO Mathew Markus. Thus, by flooding the market with its biofabricated horns, Pembient hopes the prices for rhino horns will drop dramatically.

However, Baker is not convinced: "You can change people's attitudes, especially in a country like Vietnam where so many of the people are young. What we don't want to do is now give the young people a reason to start using rhino horn because it's 'OK' to use rhino horn."

Can fake rhino horn truly pass as the real thing? And can synthetic horn save the rhino from extinction?

TechKnow visits Pembient's San Francisco lab, obtains their fake rhino prototype and tests them against a real rhino sample from an independent lab to see if the two match.

Here's the link to the original article:

A couple of points from the article struck me:

Thus, by flooding the market with its biofabricated horns, Pembient hopes the prices for rhino horns will drop dramatically.
Click to expand...

Interesting that this is the same argument used by those wanting to sell stockpiles of actual rhino horn. The argument is sound, but it still boggles my mind that were having extinction issues with something that can be sustainably grown. Make the trade in rhino horn legal and the legal business selling the stuff will be able to afford a battalion of guards for each of their rhinos. .. and no rhinos need to die.

However, Baker is not convinced: "You can change people's attitudes, especially in a country like Vietnam where so many of the people are young.
Click to expand...

Really? I had no idea that our efforts to change a culture had been so successful...

By the time we change the culture/attitudes of those buying the products, all the rhinos will have been dead for years. the only way to effectively address the problem, in my opinion, is to legalize the trade- and why not? horn can be sustainably farmed without any rhinos dying.
You must log in or register to reply here.

The Viability of Legalizing Rhino Horn Trade in South Africa

Possible Benefits Of A Legal Rhino Horn Trade In Africa