Bowhunting Bushpig in daylight with a bow! Who has done it?

This is just a post to find out how many of you have been lucky enough to take the "Ghost of Darkness" aka the African Bushpig in daylight with a bow? This must surely be one of the pinnacles of the archery world in Africa! Albeit mostly a huge case of very good luck and timing, sometimes it can be planned for. For a case of plain old good luck and absolutely incredible shooting see the first video below. (Hunter is Gene Hobbs and the shot is 45 yards). Although you can visibly hear how excited we all were about the Bushpig and the incredible shot, I remember a case were it was 100% planned by us to shoot a Bushpig in daylight. We were hunting near Polokwane in the Limpopo province at the property of a good friend of ours. That friend had a small holding with some Blesbuck, Nyala, European Wild boar and donkeys on it. As luck would have it the small holding was located next to a small nature reserve. Every day when our friend would feed the European pigs the Bushpig from the neighboring property would come through the fence at night and eat the scraps that were left over. With time the Bushpigs realised that if they were a bit quicker they could beat the European pigs to the feast that awaited. Eventually this pressure to get to the feed first resulted in the Bushpigs feeding in broad daylight. Well to cut a long story short as is the case with most well laid out plans it eventually all came together in a late afternoon sit! See the second video below! (Hunter is Danie Geel) We look forward to seeing all your pics and hearing about your experiences! 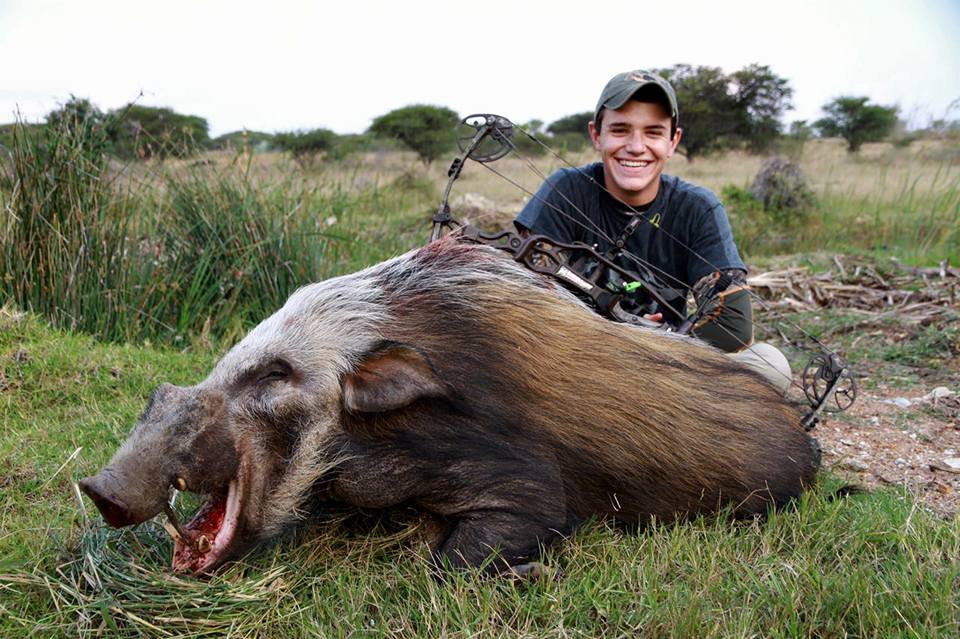 Hunter101 said:
On my next trip over I will for sure hunt one or two
Click to expand...

Absolutely gorgeous boar taken in daylight hours with us! Great shooting from Gene! 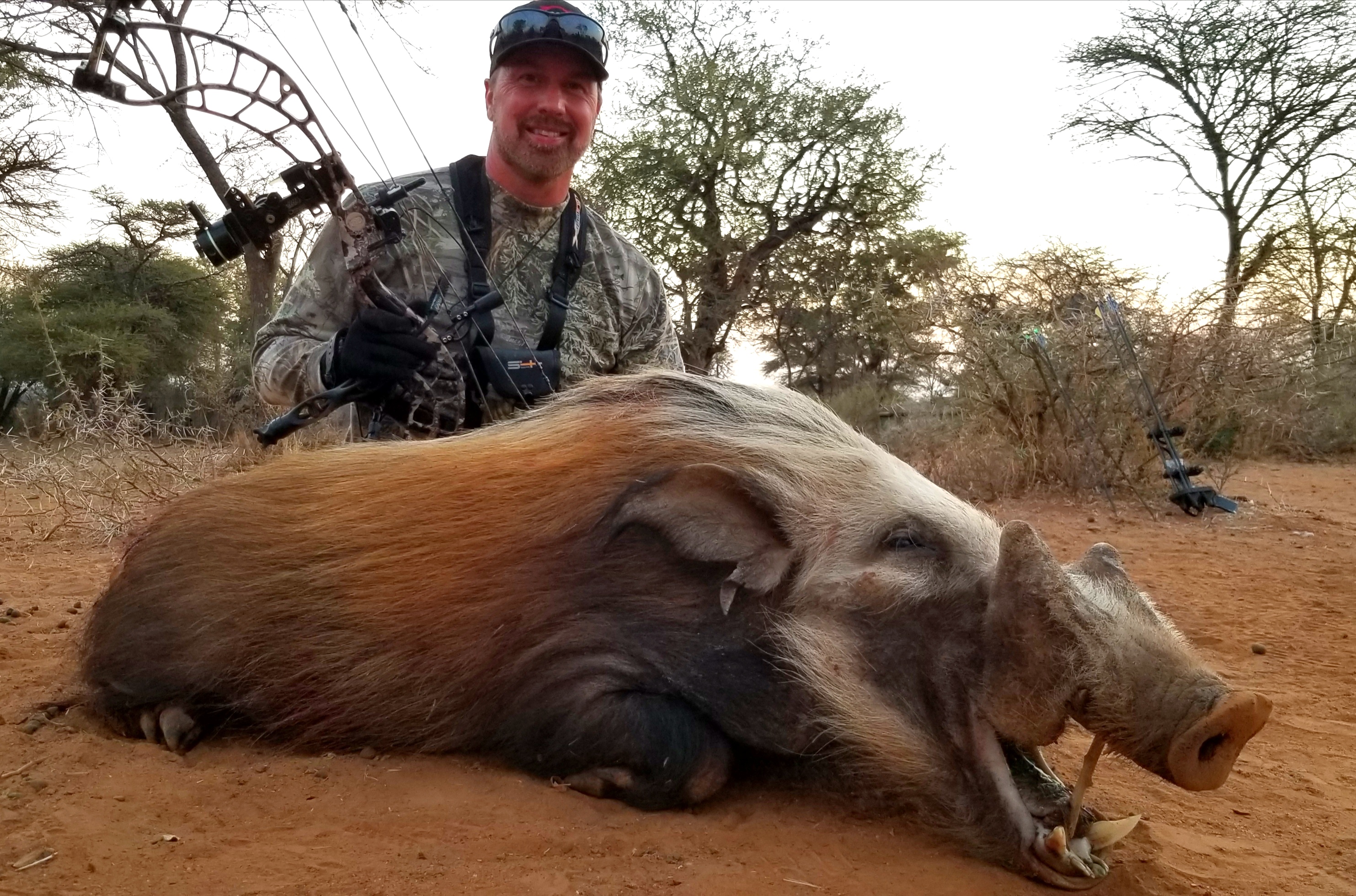 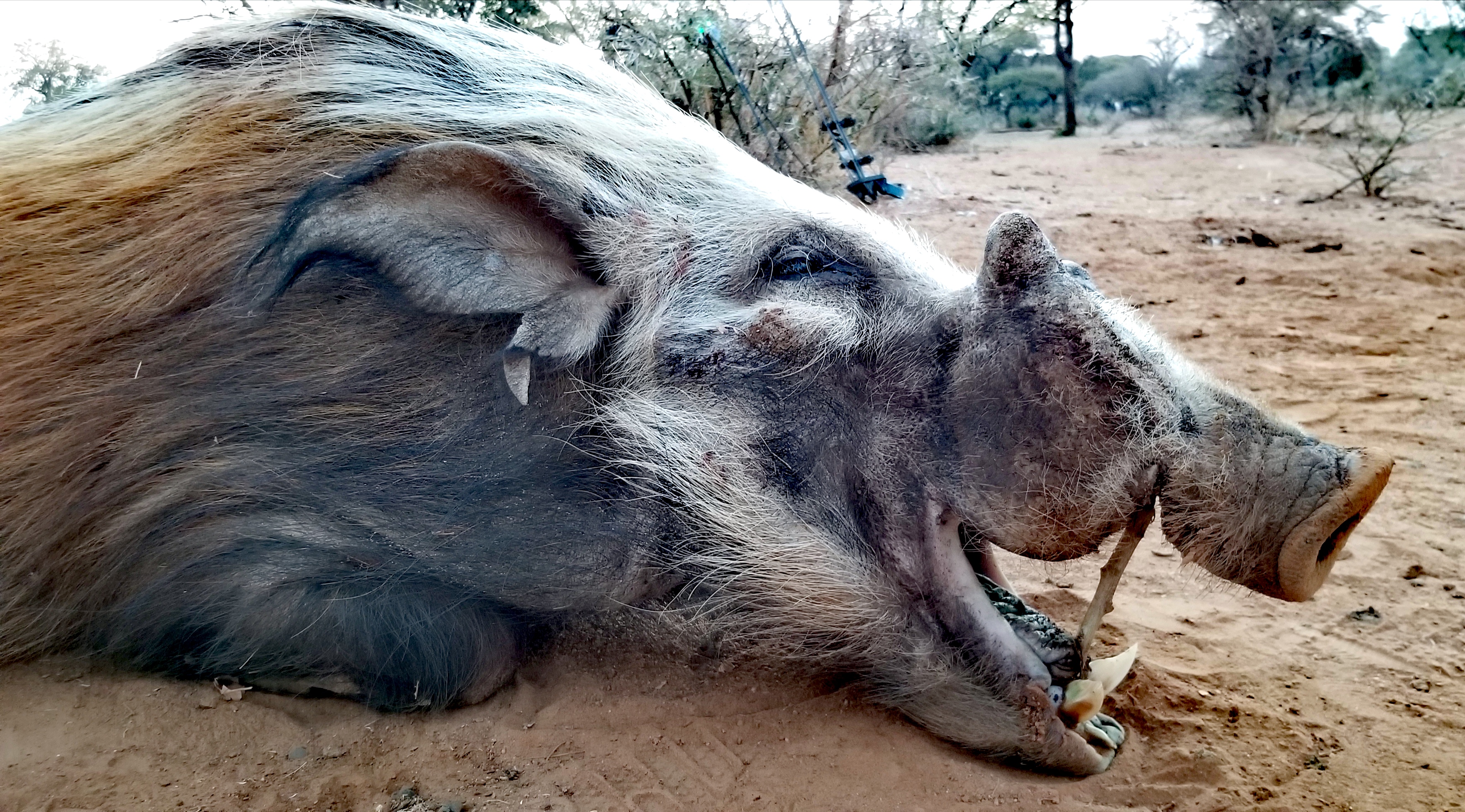 Monday at 3:47 AM
BAYLY SIPPEL SAFARIS

Bushpig With A Bow!

Wednesday at 11:29 AM
BAYLY SIPPEL SAFARIS