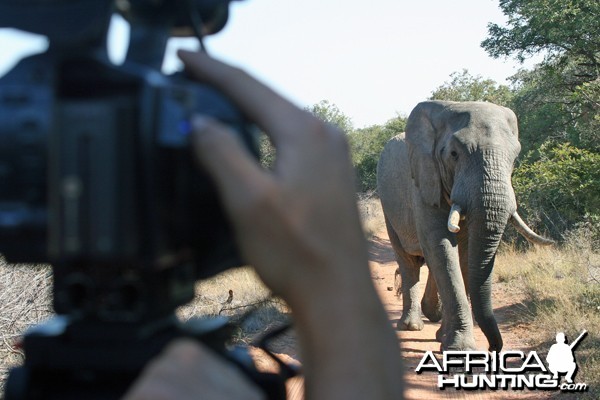 Hunting in Botswana will soon be no more.

After more than six decades of successful sustainable-use wildlife management, Botswana is in the final stages of implementing a country-wide ban on sport hunting to take effect in 2014 - this despite scientific and historical evidence that the prohibition will be highly detrimental to wildlife. When fully employed, the ban may well be the catalyst for decimation of the country's wildlife and habitat, a loss from which it may never recover.

Botswana's ban on sport and trophy hunting belies the country's past wildlife management success, but the move comes as no surprise to long-time Africa observers with knowledge of the country's unique circumstance among African states.

A thriving democracy with four decades of uninterrupted civilian leadership, Botswana has invested in significant internal capital improvements with revenues from a stable economy based on mineral extraction, primarily diamonds. Put another way, though still poor by international standards, Botswana is less dependent on foreign exchange than most African countries. But like many govenments of the region, Botswana is not immune to the influence of agenda-driven non-governmental agencies, or NGO's, which may explain its inconsistent wildlife management policies over the past decade or so.

This "yo-yo" wildlife policy saw lion hunting banned in 2002, reopened again in 2005, then closed once more in 2007. 2009 saw the closure or "repurposing" of some concessions in the game-rich Okavango Delta, while some were left open to hunting. The hunting community suspected this paradoxical wildlife policy was a harbinger of a larger hunting prohibition, and when a full hunting ban was finally announced in late 2012, the only real surprise was the irrational rationale on which the official public explanation was based.

Justification for the ban came from Minister of Environment, Wildlife, and Tourism Edmont Moabi, who explained, "This comes as a realisation that... shooting of wild game purely for sport and trophies is no longer seen to be compatible with either our national commitment to conserve and preserve local fauna or the long term growth of the local tourism industry."

Seriously? Questioning legal hunting's contribution to conservation and growth of local tourism by the responsible department's head is a head-scratcher. Big-game hunting has long been a significant portion of Botswana's tourism industry and the foundation of its rural wildlife-based economy. The money contributed by hunters for wildlife and habitat conservation has been instrumental in the growth of Botswana's wildlife populations. And though Minister Moabi's reasoning for the hunting ban contradicts the facts and historical recordï½¸ his disingenuous rationale paled in comparison to that of Botswana's chief executive.

Issuing hunting licenses "encourage(s) poaching?" Think about that for a minute. Have you ever heard of a circumstance, ever, where having licensed hunters in the field was an encouragement to criminals to poach game? The president may have well said the world is flat, or 1+1 = 4; the statement is simply not true. Revenue from hunting licenses, i.e. legal hunting, is the best and most important deterrent to poaching in the hunting countries of Africa. Anti-poaching patrols, indigenous employment and meat/feeding programs, and protection of concession-holders' economic interests are just a few of the elements that hunting dollars fund to deter poaching.

News of the Botswana hunting ban was praised by the usual-suspects of animal rights groups, many of which twisted the findings of the research that was the ultimate justification for the ban.

Dr. Mike Chase of Elephants Without Boarders conducted an aerial count in 2010 of wildlife in the Okavango Delta. He concluded the populations of some wildlife species had been decimated by hunting, poaching, human encroachment, habitat fragmentation, drought, and veldt fires over the last decade. These research findings found that 11 species had declined by an average of 61 percent since a 1996 survey.

For the sake of argument, let us assume the game counts are accurate. Now, look at the species cited. Ostrich? Giraffe? These are not the game species hunters spend $1,500 per day to pursue in the Okavango. Elephant, buffalo, sitatunga, leopard, and lechwe have been the historic stars of the Delta and the focal species of virtually every hunting safari therein. With the exception of tsessebe, the species listed in Dr. Chase's count are found in abundance in many other areas of southern and east Africa and the historic off-take by tourist hunters in the Delta has been minimal; they are clearly secondary species on Okavango hunts.

Citing trophy hunting in the same category as poaching, game fences, and drought to justify the hunting ban is like blaming the tissue for your runny nose; it is factual gerrymandering that the media and public have accepted without investigation or question. Yet, independent scientists agree that a decades-long drought, subsequent wildfires, and poaching have been the primary cause of the decline in antelope species in the Okavango. In fact, numbers of game animals like the elephant and hippo were found to be bucking the trend and were actually increasing in the Delta survey.

Some scientists see the ban for what it is. Dr. Steve Boyes, a National Geographic grantee and a self-avowed anti-hunter stated his views about hunting on the NatGeo website: "The basic fact of the matter is that an animal in the bush has no monetary value. A hunting license instantly gives that same animal a monetary value. In Botswana, the photographic safari industry has been able to add more monetary value for the last 10-15 years. I hope this trend continues and we decide one day to put our guns down and pay the same money to take awesome photographs. Until then we need to be practical and use hunting as a conservation tool where applicable."

Dr. Boyes is right. When hunting stops, so does the resulting revenue for conservation. At its peak, hunting in Botswana generated more than $20 million annually, more than $6 million of which was hunting license revenue that went directly to the Wildlife Ministry. And in a country where an OVER-population of 50,000-80,000 elephants exists, animal/human conflicts are sure to increase, with massively-reduced budgets left to deal with the consequences.

Elephants could emerge as the real story of the hunting ban, as their severe overpopulation and the destruction they will bring to the habitat will likely change the ecosystem forever. Botswana only issues about 500 sport hunting licenses per year for a population estimated at 130,000, so hunting's effect on the overall population is minimal. However, the revenue generated by elephant hunting puts people and systems in the bush to help maintain some semblance of order. Without hunting, the population will likely spike and crash, and the anti-hunters will run pleas on television for people to donate $19 a month to "save" the elephants.

The hunting ban will hurt more than wildlife. The Botswana Wildlife Management Association estimates the ban will leave 4,800 native Africans unemployed and unlikely to find work in photographic tourism.

As things stand now, the anti-hunting NGO's and influence peddlers have won. Botswana will be permanently closed to hunting in 2014. But like another major safari country that shut its doors to hunters, Botswana's wildlife is destined to suffer the same catastrophic consequences.

Kenya banned hunting in 1977. Between 1977 and1996, Kenya experienced a 40 percent drop in its wildlife populations, both within and outside of its national parks, according to a study reported in Science Daily. And due primarily to poaching, Kenya's wildlife numbers have continued to fall. Today, wildlife numbers are less than half of that which existed before the ban, with feature species such as lion and elephant being hit especially hard. The benefits from tourist hunting can reverse the trend, but anti-hunting zealots and irresponsible leaders continue to carry the day.

Trophy hunting is a low-impact, high-income activity that is often carried out in areas too difficult and remote for typical photo safaris, which require large volumes of customers to offset the relatively small fees per client. Hunting creates jobs, food, and an incentive for indigenous peoples to protect species from poachers. Simply stated, sustainable-use hunting is critical to the preservation of both rural economies and Africa's wildlife. Both people and wildlife suffer when hunting is banned.

The Botswana government may sincerely believe it is doing the right thing, but the emotion-driven, non-scientific based course of action upon which they embark signals the beginning of the end of abundant wildlife in the country. It is likely that in 20 years we will look back with regret to realize that 2013 was the "good old days" for wildlife in Botswana.
Last edited by a moderator: Dec 1, 2016
You must log in or register to reply here.