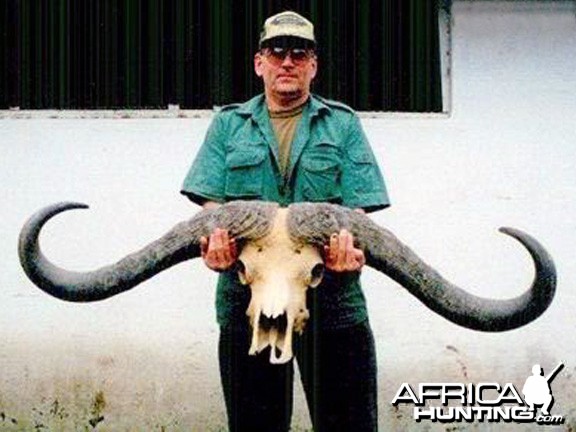 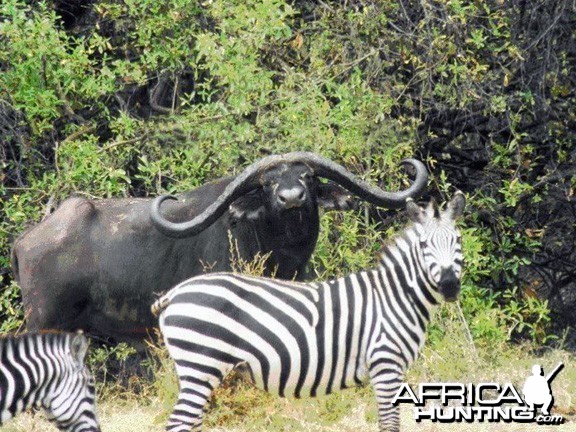 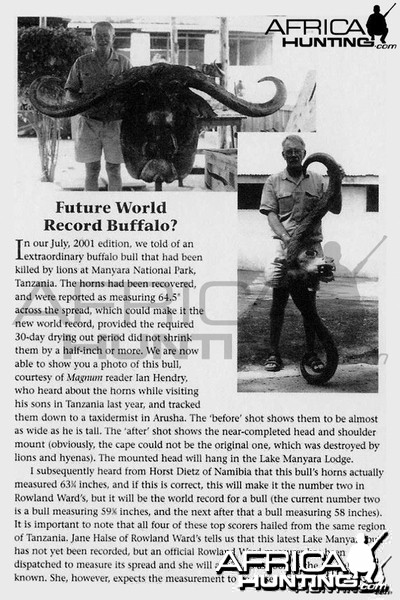 Text from above picture:
Futures World Record Buffalo?
In our July, 2001 edition, we told of an extraordinary buffalo bull that had been killed by lions at Manyara Park, Tanzania. The horns had been recovered, and were reported as measuring 64.5 inches across the spread, which could make it the new world record , provided the required 30 day drying out period did not shrink them by a half inch or more. We are now able to show you a photo of this bull, courtesy of Magnum reader Ian Hendry, who heard about the horns while visiting his sons in Tanzania last year, and tracked them down to a taxidermist in Arusha. The 'before' shot shows them to almost as wide as he is tall. The 'after' shot shows the near completed head and shoulder mount (obviously, the cape could not be the original one, which was destroyed by lions and hyenas). The mounted head will hang in the Lake Manyara Lodge.
I subsequently heard from Horst Dietz in Namibia that this bull's horns actually measured 63 1/4 inches, and if this is correct, this will make it the number two Rowland Ward's, but it will be the world record for a bull (the current number two is a bull measuring 59 1/8 inches, and the next after that a bull measuring 58 inches). It is important to note that all four of these top scorers hailed from the same region of Tanzania, Jane Halse of Rowland Ward tells us that this latest Lake Manyara bull has not yet been recorded, but an official Rowland Ward measurer has been dispatched to measure its spread and she will advise us as soon as the figure is known. She, however, expects the measurement to be close to 63 inches. GW 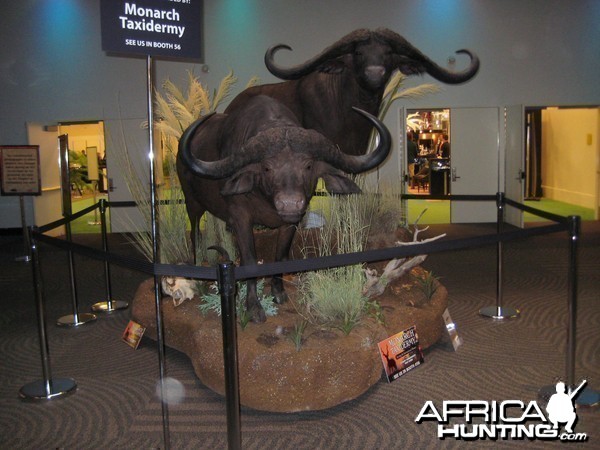 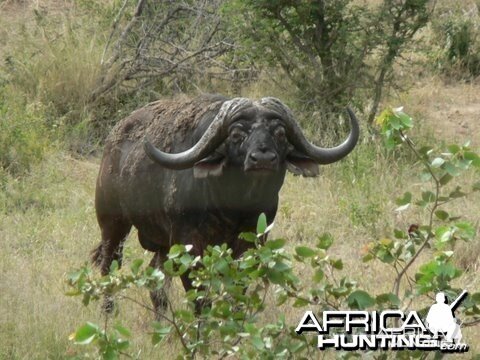