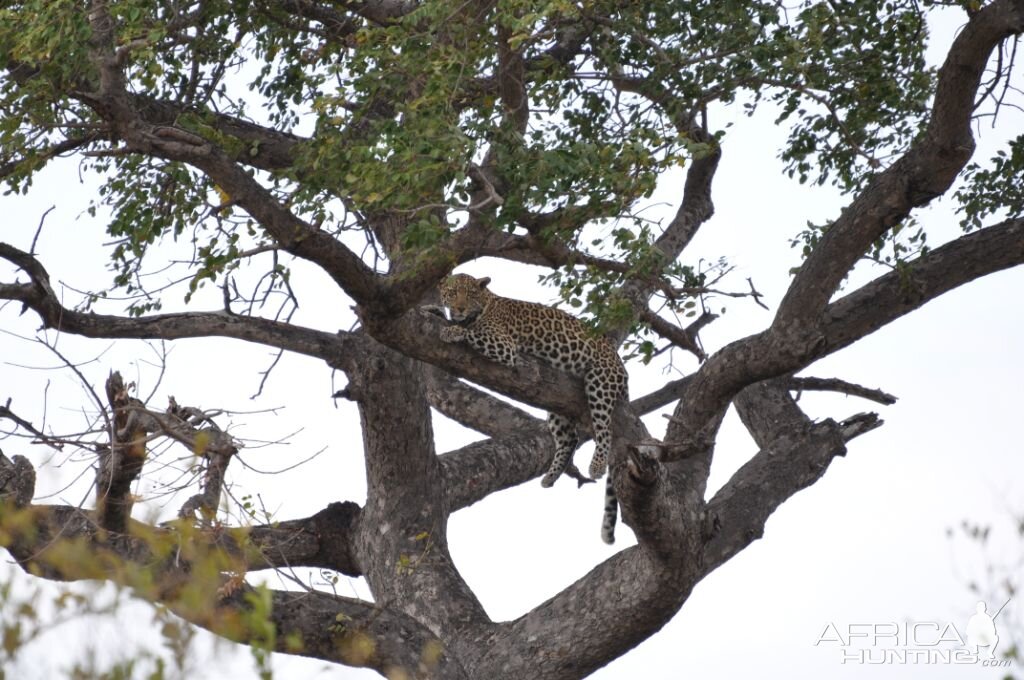 
• Habitat: The threat of habitat loss is mitigated in part by fully-protected national parks, which provide over 400,000 km2 of relatively secure habitat for leopard across the six Southern African Development Community (SADC) countries that rely on regulated hunting to sustain their leopard and leopard prey populations.ii The national parks are > 30,000 km2 larger than in 1982, when the leopard was downlisted to “threatened” under the U.S. Endangered Species Act, and leopard are estimated to be present in most of the parks in Mozambique, Namibia, Tanzania, Zambia, and Zimbabwe.iii Regulated hunting revenues help cover the costs of policing these parks, which in most cases do not generate sufficient revenue to cover all enforcement expenses.iv

• Habitat: The threat of habitat loss is further mitigated by areas dedicated to regulated hunting. In Mozambique, Tanzania, Zambia, and Zimbabwe, hunting areas include government reserves, communal wildlife management areas, and private ranches. They are substantially larger than the national parks and represent over 700,000 km2 . v Leopard are estimated to be present across almost all hunting areas.vi

• Habitat: According to the 2016 IUCN Red List assessment of leopard, the species’ total extant range exceeds 8.5 million km2 , with between 4.3 million and 6.3 million km2 of range available in Southern and East Africa. Most decline in the leopard’s range has occurred in areas where the species is already listed as endangered. It is no accident that the countries where the leopard has no value have declining leopard populations and habitat, while the leopard is “healthiest” in the SADC countries where it is threatened-listed and valued as a tourist-hunted game animal.vii

• Habitat: Communal wildlife areas are particularly important additional habitat. Community-based natural resource management was in the nascent stages in 1982, when the leopard was downlisted. It is now an important component of wildlife management policies in Zimbabwe and Namibia, and of growing importance in Tanzania, Zambia, Mozambique, and South Africa. Communal wildlife management areas provide almost 400,000 km2 in habitat across Mozambique, Namibia, Tanzania, Zambia, and Zimbabwe.viii

• Conflict Reduction: Sustainable use of leopard improves rural community livelihoods, and greatly reduced problem animal control (PAC) in communal areas. In Zimbabwe, from 2011 to 2015, leopard hunts in CAMPFIRE Areas generated almost $500,000 for communities, and there were zero reported PAC offtakes.xi

• Prey Base: The 2016 IUCN Red List noted a 24% increase in ungulate species (leopard prey) in Southern Africa. This healthy prey base helps to sustain the healthy leopard population in the SADC. The West and Central African countries facing the highest levels of bushmeat poaching and prey base depletion do not rely on regulated hunting as a basis for their national conservation policies. xiii

• Regulated Hunting: In the SADC countries, leopard hunting is regulated by the Convention on International Trade in Endangered Species (CITES) Resolution Conf. 10.14, which sets a maximum annual export quota for each country requesting trade in sport-hunted leopard trophies.xiv Compliance with these quotas is overseen by the CITES Secretariat, Animals Committee, Standing Committee, and Parties.xv

• Regulated Hunting: Leopard hunting is further regulated by national laws and policies that have been “beefed up” in the past few years in response to expressed concerns. For example, over the past several years, the SADC countries have invested in greater leopard management, which had not been a prior area of focus because the species was considered so numerous. Among other things, Namibia has been conducting a national leopard survey funded by the government and hunting operators. Zimbabwe held its first workshop on leopard (2012), which led to reduced quotas and increased size limits. xviii xvi Tanzania imposed a limit on the length of lawful leopard trophies (2015).xvii South Africa imposed a zero quota in 2015 due to the inability to find that leopard hunting offtakes were supported by sufficient data given the country’s small population.

Top Fifty Reasons The Leopard Is Not Endangered