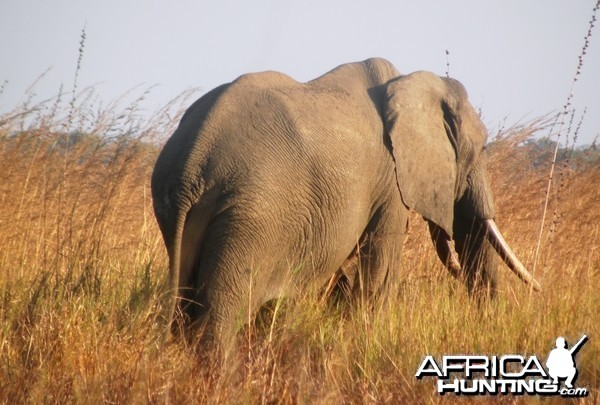 An interesting article, which makes some good points about trophy hunting as a contributor to biodiversity. But . . .

I note that the article sets out "Prescriptions" or rules which it proposes to ensure that trophy hunting maximizes its potential contribution to biodiversity. Most, if not all, are not particularly controversial, but would add costs, without a doubt.

The part that I found most interesting was the discussion of "ecotourism." Here are some examples:

Second, trophy hunting can have a smaller footprint than ecotourism in terms of carbon emissions, infrastructure development, and personnel, and can generate more revenue from a lower volume of tourist hunters.

An often neglected relation exists between ecotourism and aviation with regard to energy use and greenhouse gas emissions. Compared with ecotourism, the trophy-hunting industry relies on fewer tourist hunters, because the income generated per hunter is higher. Additionally, hunters are interested in maintaining good quality habitat for the simple reason that the quality of the individuals harvested therein is also high. Finally, hunters are prepared to hunt in areas lacking attractive scenery, and require less infrastructure, therefore minimizing habitat degradation. Third, management for hunting places emphasis on maintaining large wildlife populations for offtake, as opposed to ecotourism, where the presence of only a few individual animals is sufficient to maximize profits.

As this small extract makes clear, ecotourism does in fact have some negative impacts: higher greenhouse gas emissions, more infrastructure required, low and genetically challenges wildlife populations, greater habitat degradation, to name just a few. We rarely - make that never - hear about the negative impacts of ecotourism as compared to trophy hunting.

Given these negative impacts, why is it that no one - including these authors - provides any "prescriptions" for ecotourism? I'd have thought that those who are responsible for "habitat degradation" should have some blame thrown their way.

In other words, why is it that only hunters have responsibilities to wildlife and wild places?

Note that I am not suggesting that hunters do not have these responsibilities; they (we) clearly do. But I am suggesting that those who take the moral high ground, while sitting on a high(er) horse, should perhaps be lectured to at least a fraction as often as hunters are.
You must log in or register to reply here.

Selous Game Reserve: Is There Any Hope For The Future

Banning Trophy Hunting Can Have A Detrimental Impact, Experts Say