Ross and His First Bull

The freezers were empty, so that was another excuse to hunt and fish

The weather was good to us with Stinking Hot days, then cooled off around midnight. Made sleeping a bit easier

We fished everyday & I reckon Ross caught 2 or 3 fish too my 1, every day, so fresh fish for lunch and dinner most days.

Bloody awesome to catch up, as we hadn’t done it since our last Bantang trip 3 years ago.

Even managed to spear a few Mud Crab as well,

The local TOs ( Traditional Owners ) had asked if we could provide some Buff for a ceremony, so we were on the lookout for a suitable animal as well.

We were driving out to one of the “hunting” tracks to look at a water hole, when we spotted a Big Bum going away from us in the bush. We bailed out of the car, Ross had my much loved Push Feed Winy M70 in 416 Ruger with 365grn monos and I had my trusty back up rifle, a CZ in 450 Ackley Magnum with 500grn Woodleighs.

I didn’t know how big he was in the horns, so I whispered to Ross to take a knee and get ready. I Yoi-ed the Bull and as he spun round to have a look at us, at less than 40m his horn size was instantly evident ! I yelled “ Smash Him “ and with that Ross put the first 416 through the LH shoulder, breaking the right hand shoulder and the Bull took off to our left dragging his RH shoulder. I got excited and was yelling for Ross to “ RELOAD “ Ross put the next 416 in behind the LH horn base and that dropped him. Later we found that the projectile had penetrated the skull and impacted into the back of the eye socket.

As Ross reloaded again the Bull Rocked himself up and onto all four legs and simply took off !! now to our right. He was powering away on all four legs including the broken shoulder as if nothing had happened ! Ross proceeded to put the last 416 though the already broken RH shoulder and this broke the offside LH shoulder. The Bull was now dragging his LH shoulder and running on his already broken RH shoulder !!!! PHKN amazes me how tuff these coastal Bulls are and their Pure Drive!

Ross yelled he was out of rounds and we were too far from the car to go back and re bomb with 416 ammo. Not wanting to lose him, Ross yelled out “Your Turn”, I dashed forward and as the Bull was going away from me the first 458cal 500grner hit him in the LH side just behind the ribs and punched diagonally through, too blow a fist sized hole out of frontal chest, between his neck and shoulder brisket area. He didn’t even slow down !! and I proceeded to put another 500grner through his head in the effort to drop him. With the impact the Bull stopped dead still!! Then as I reloaded thinking I’ve stopped him, he slowly powered through to take another stride, then another and another, gaining speed once more, but with a noticeable “Jitter” about his movements. Obviously shaken by the last 458cal Woodleigh passing through his skull.

Now we were both on the run again with me trying to keep up with the Bull. As he dropped into a small gully and up the other side I managed a snap shot through the high shoulder LH side and broke his spine, this dropped him on his ass and then another 500gner through the base of neck and he was down !!! Thank PHK!! as I only had two more rounds left in the big CZ. I slowed down to a trot and approached with caution, he was massive and was still grunting at my presence as I put a blade in him to finish him off.

All the while, I didn’t realise Ross was trying to keep up and as I turned I could see the look on his face! We stood for what seemed ages but was probably only a few seconds taking in just what had happened and I uttered thanks in appreciation for the Bulls own drive and pure Will, they are an impressive animal when fully mature.
The Bull will go well in feeding our family for a long time.

We walked back to the Old Girl ( Toyota Hilux ) and managed to get her in close enough to recover all the meat. It was pushing midday and we had to rush to get it all done and in the tray before losing the meat to the heat. The rump was that big that just one filled my 40ltr esky !!
On the drive home Ross, told me of his view of what was going on, he reckons he was amazed at just how the Bull kept going and the sight of me rocking back under the recoil of the 450 Ackley Magnum and then the big shiny cases as they come flying out as I reloaded on the run.

We arrived back at camp as fast as the Old Girl would carry us, then the hard work began. With it all done and packed away, we dropped a heap of meat over to the TOs for their ceremony that arvo, they were stoked and we were happy to have helped out.

Our Best to date !

We finished our remaining days fishing and looking around

Ross has since Retired from Buffalo Hunting !

Much later when we cleaned up the head, we could see just what the Bull had endured
The first shot through the head, went in just under the LH horn base, in the skull pic I placed a pen in through the hole to highlight it

To put the size of this Bull in context, Ross is a Big man, easy 120kg and the drum we are boiling the head in is a 44 gallon drum cut into 2/3rds 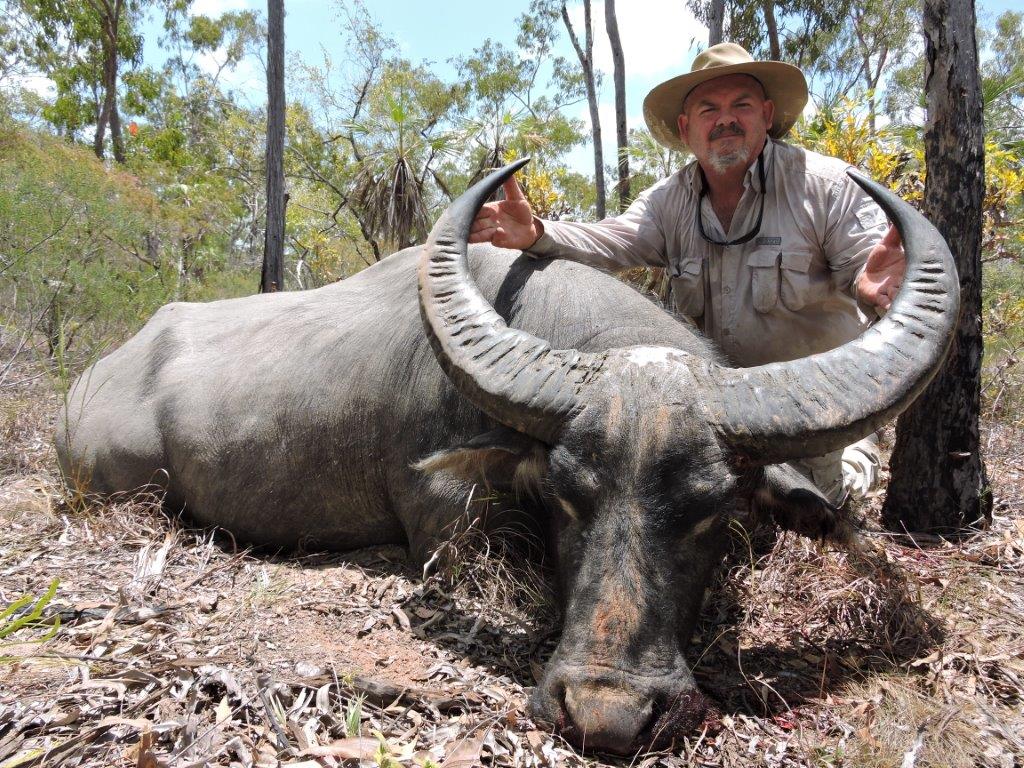 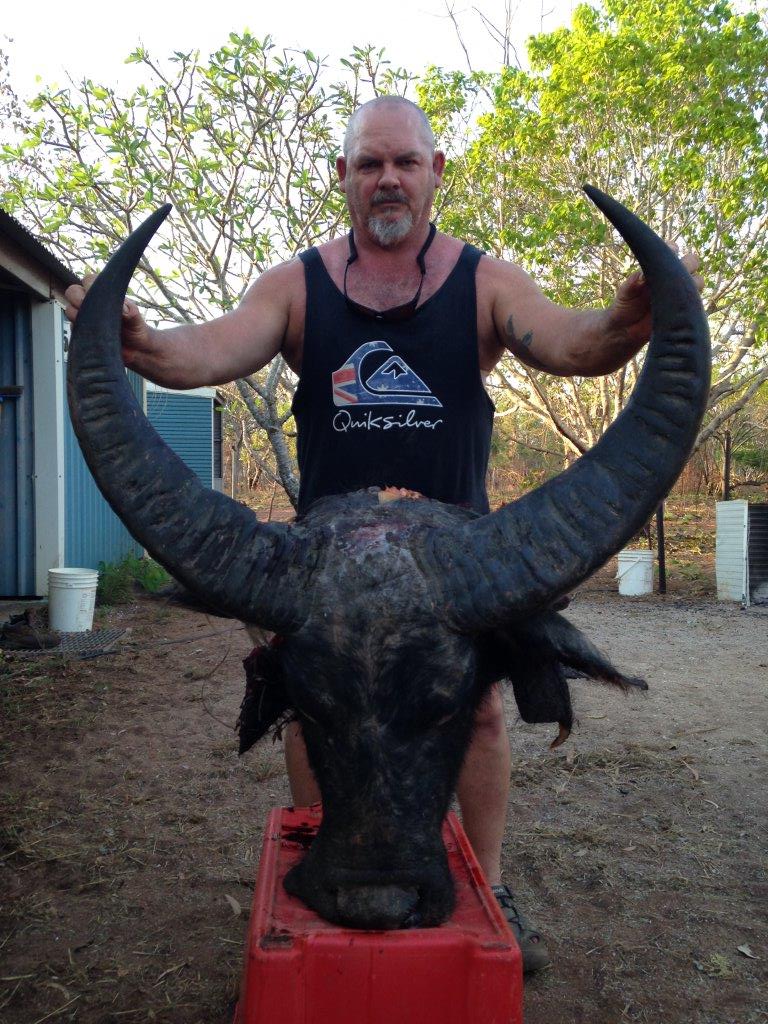 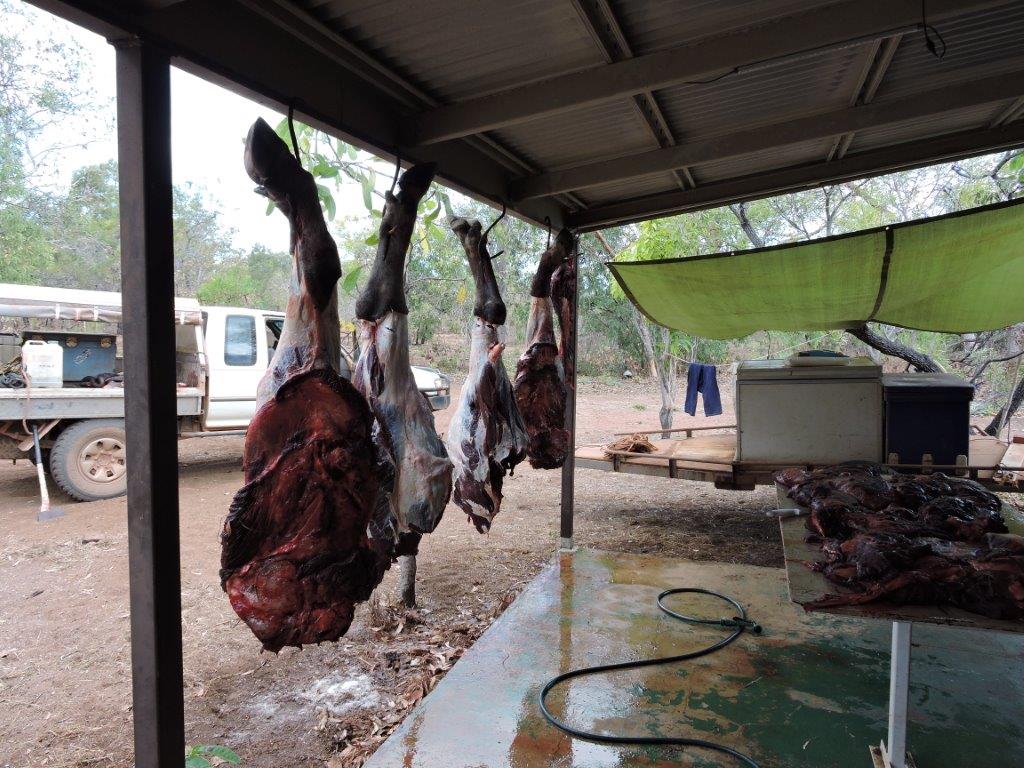 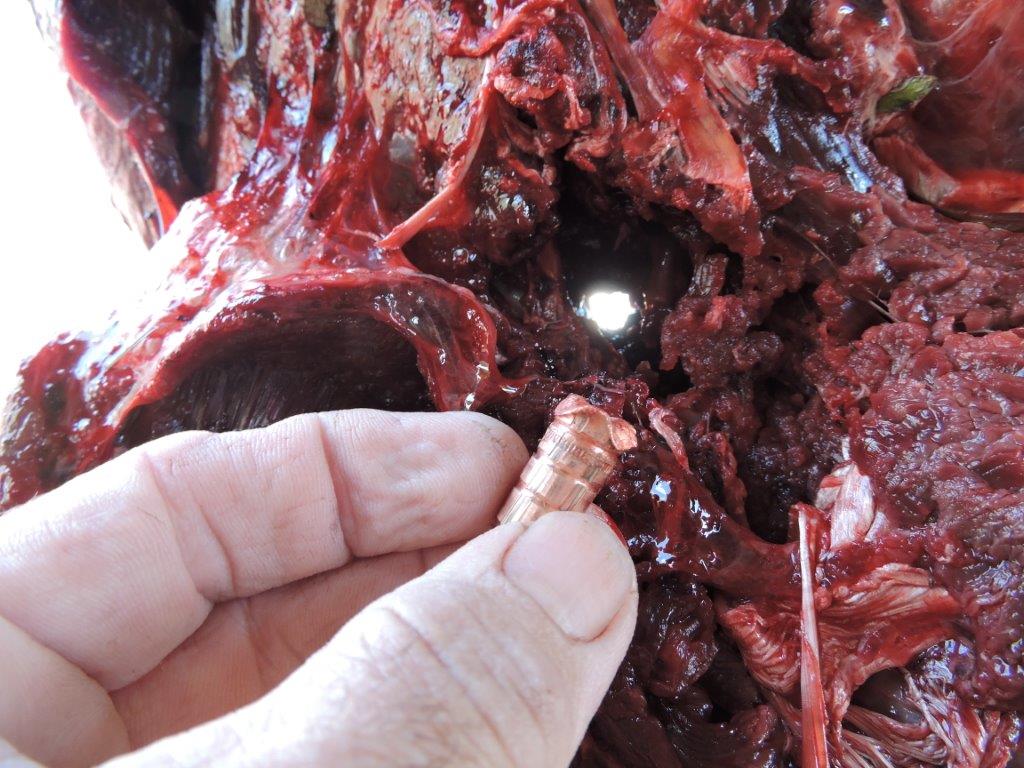 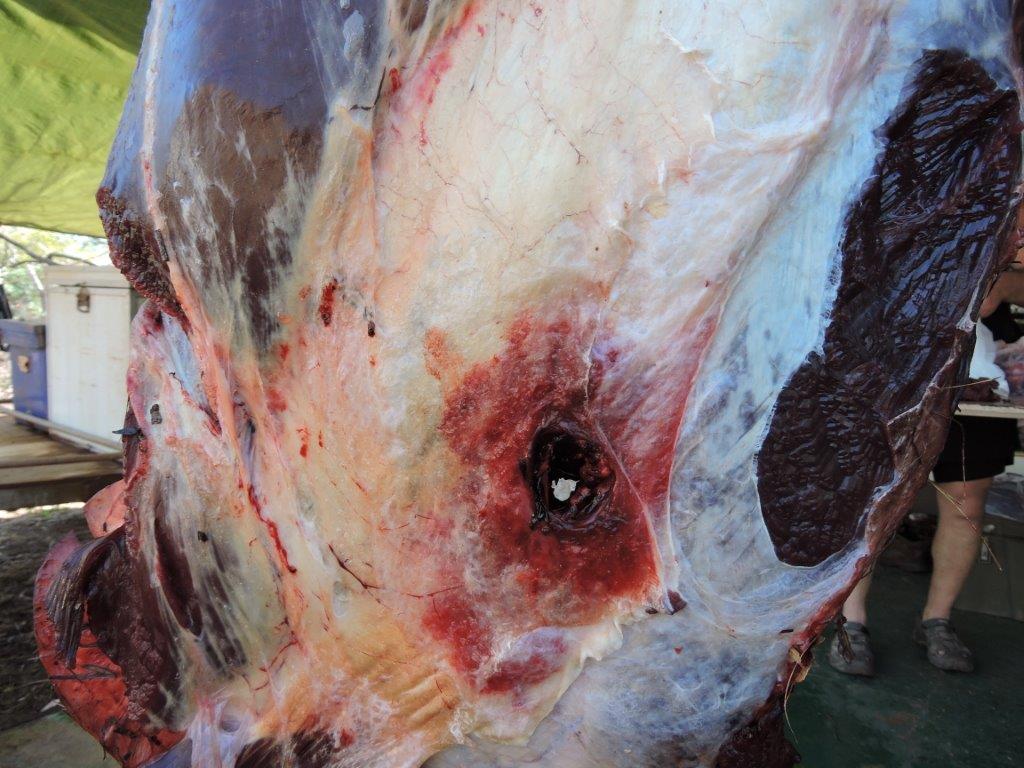 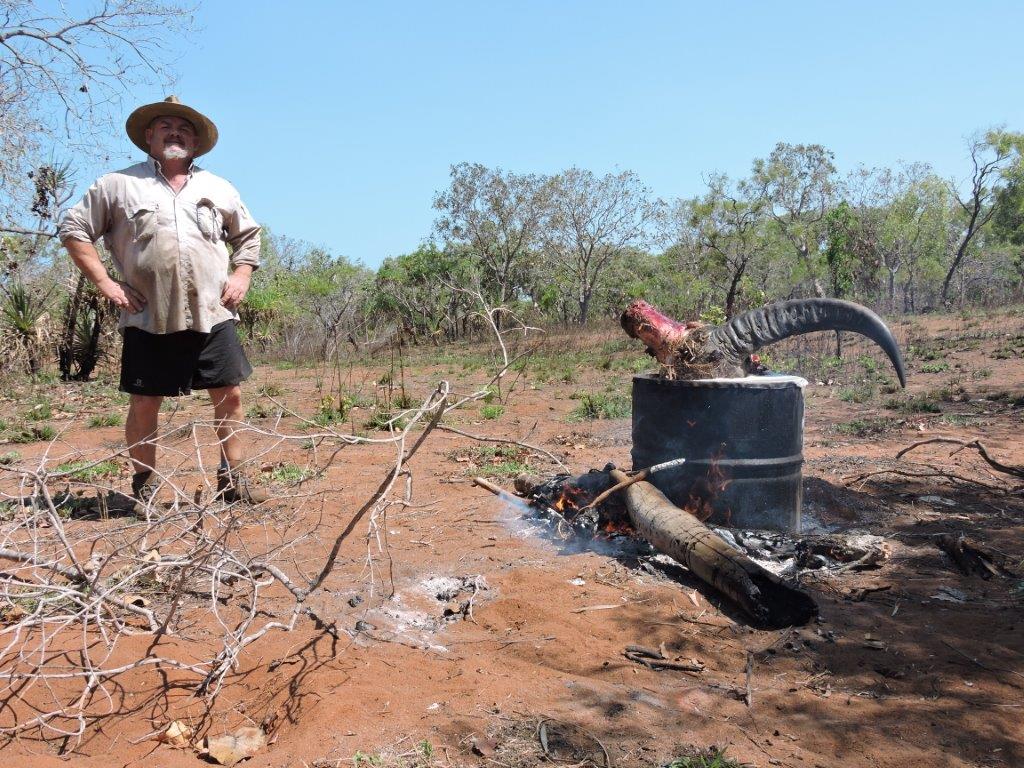 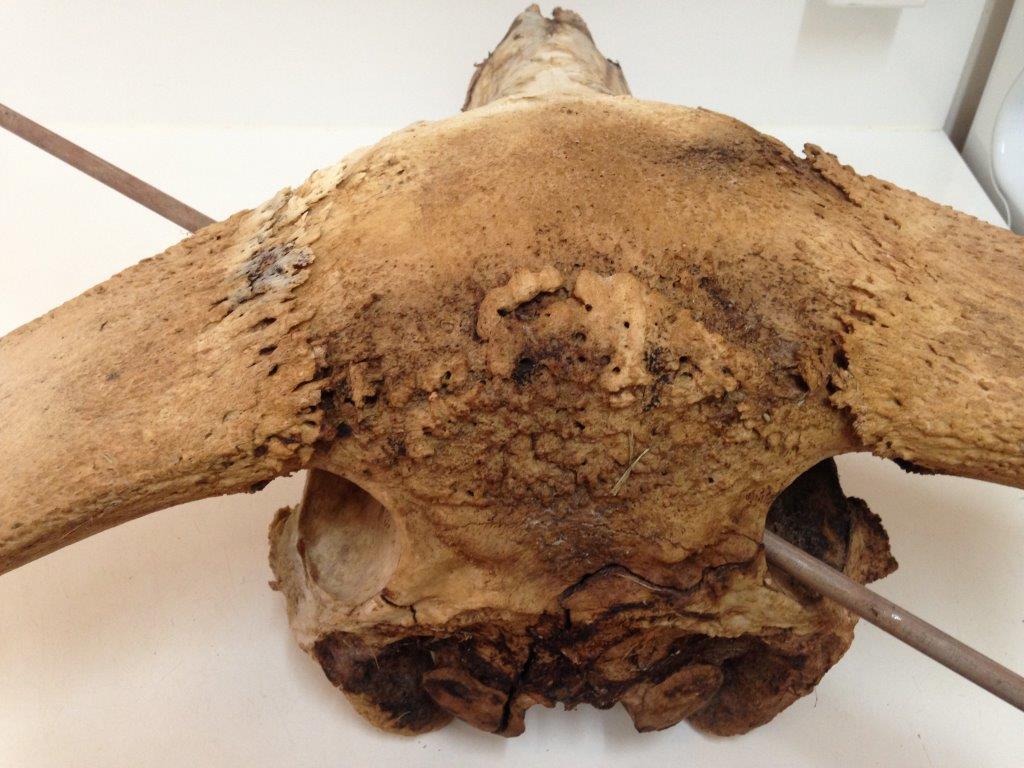 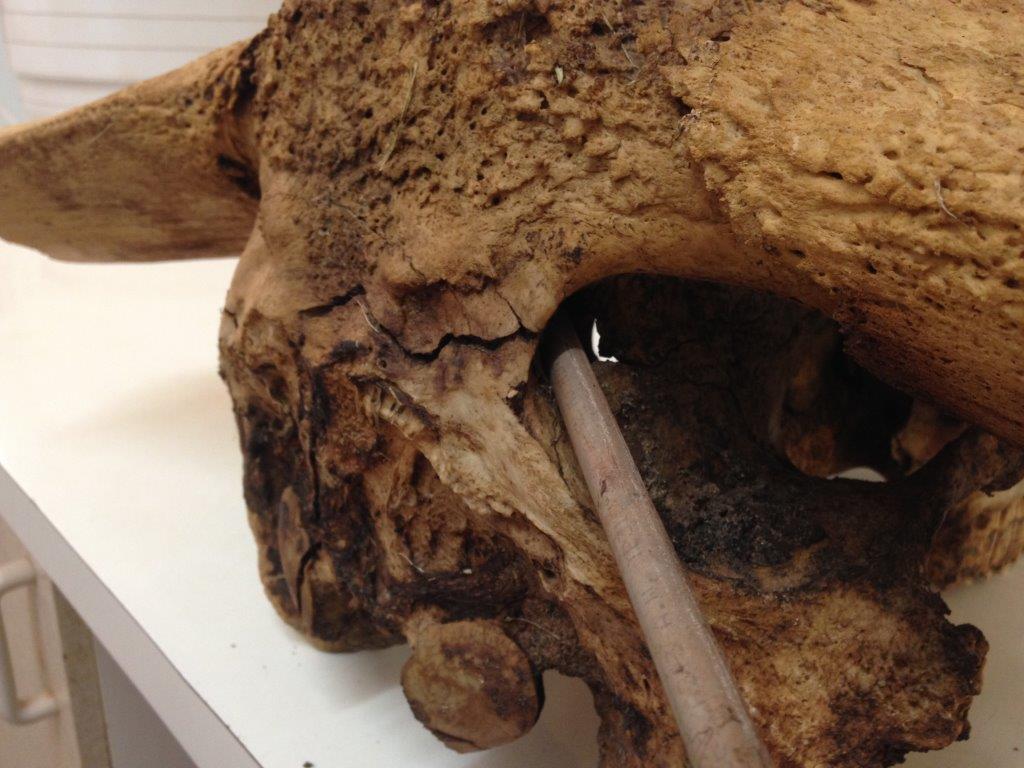 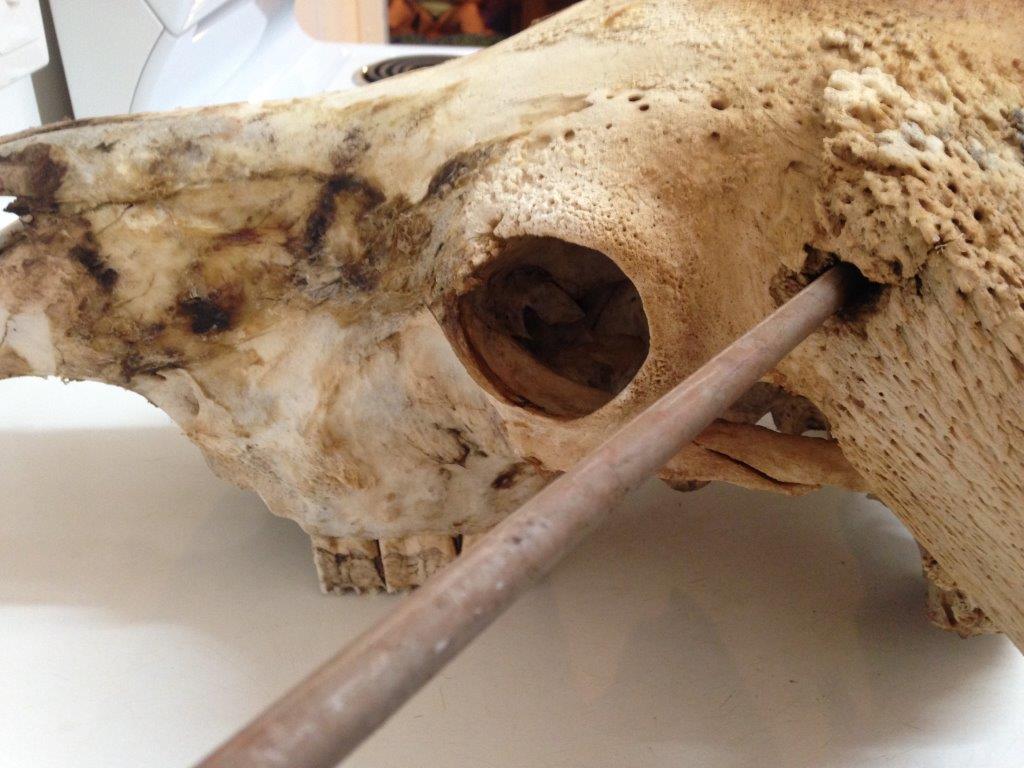 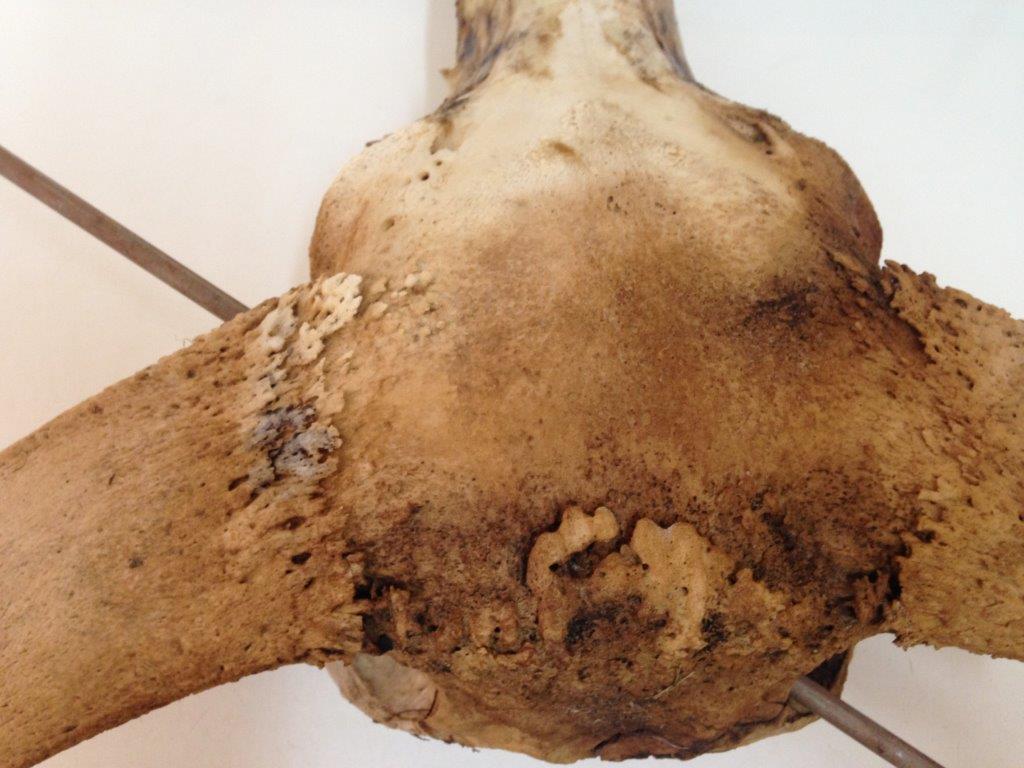 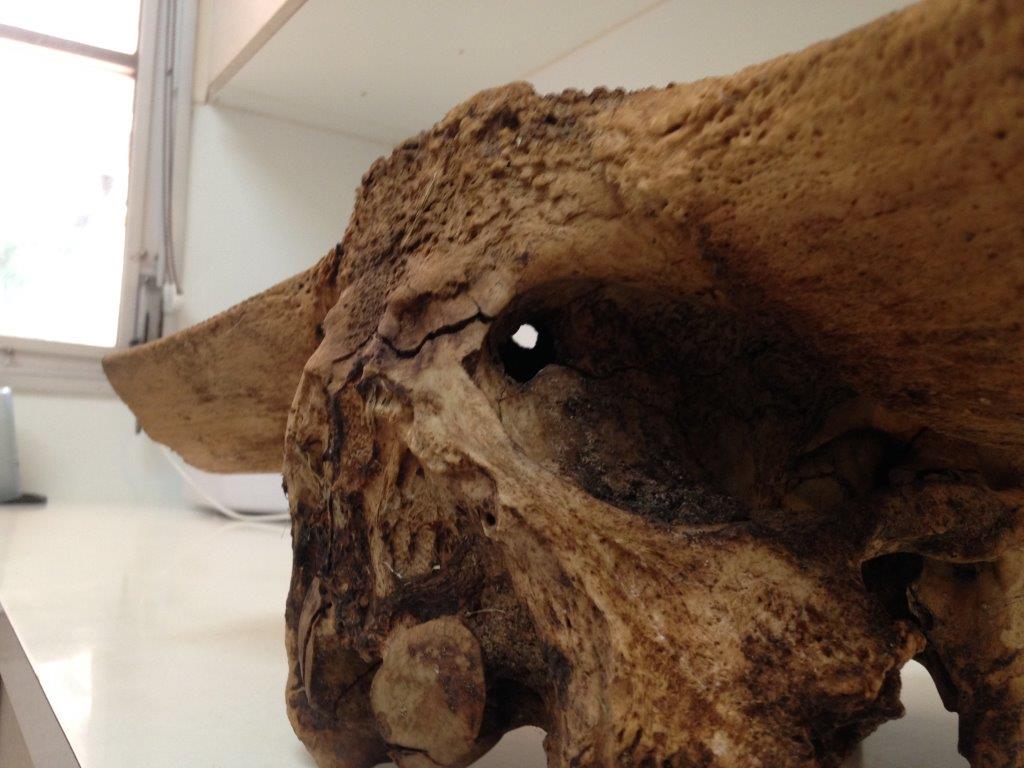 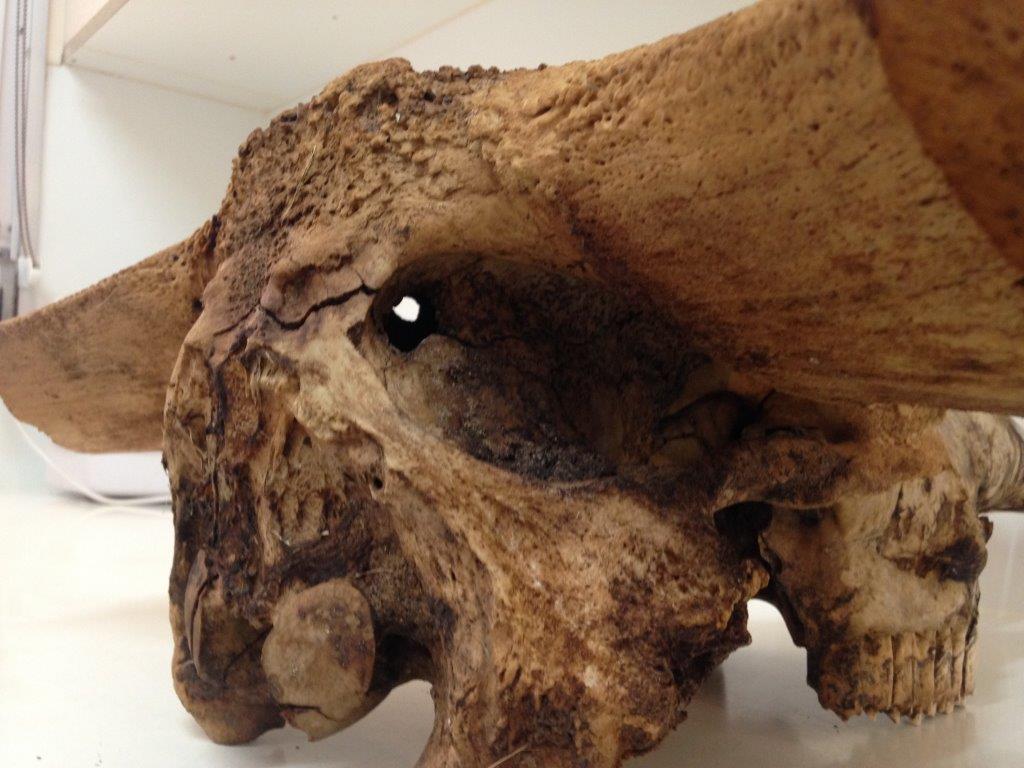 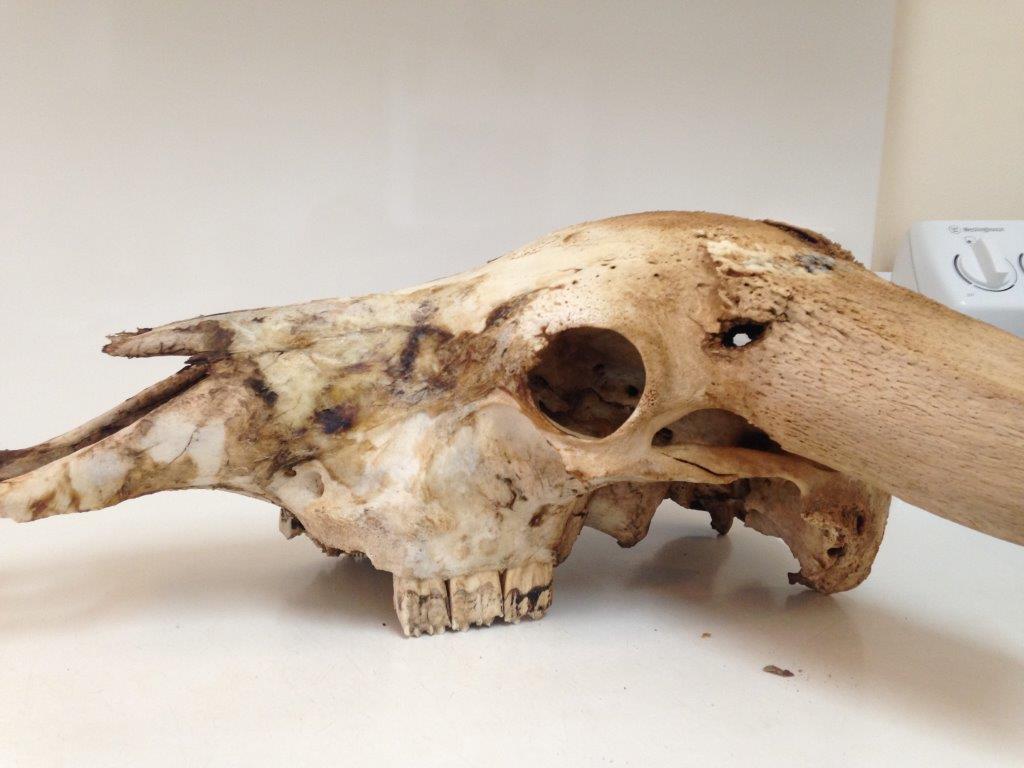 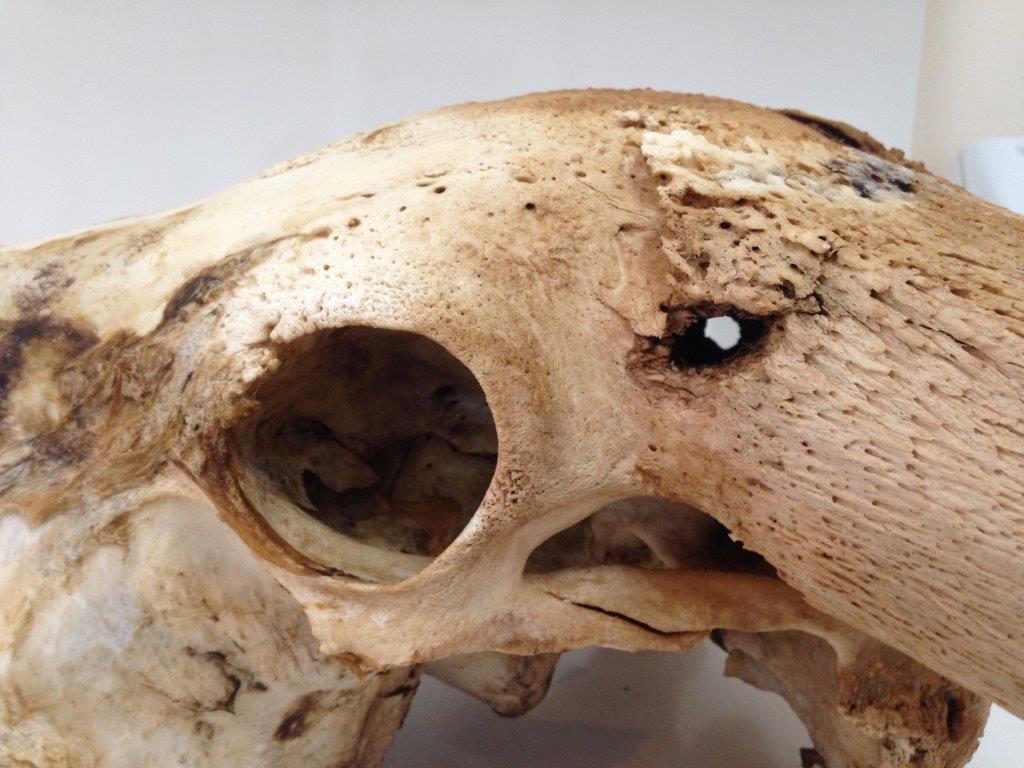 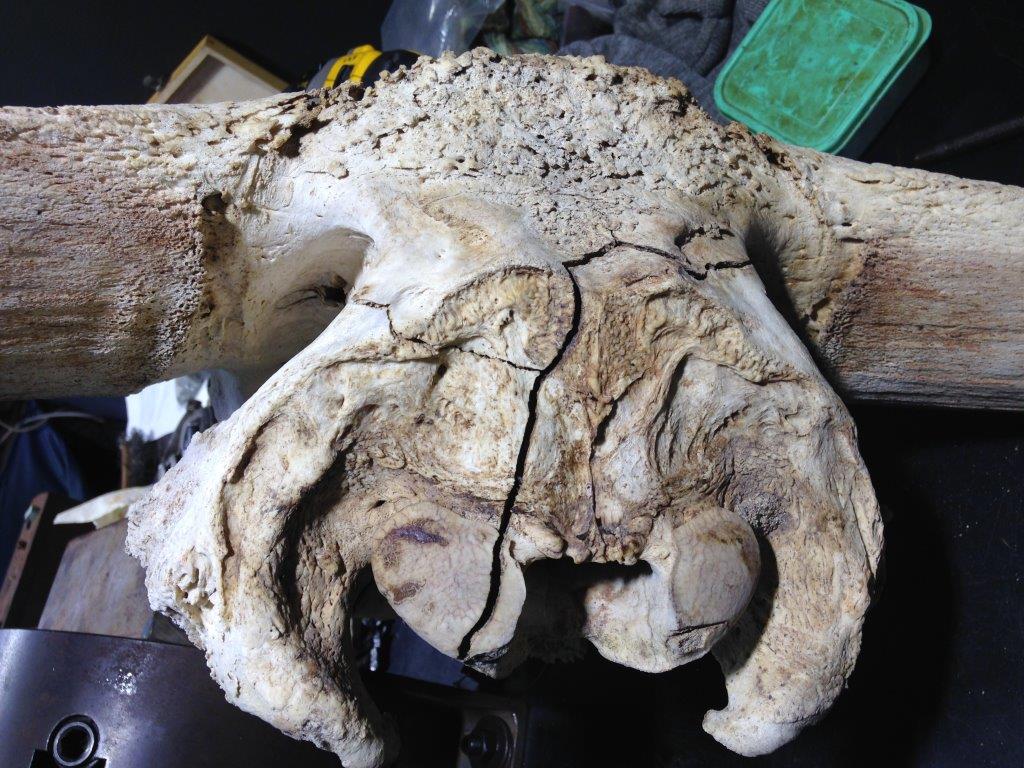 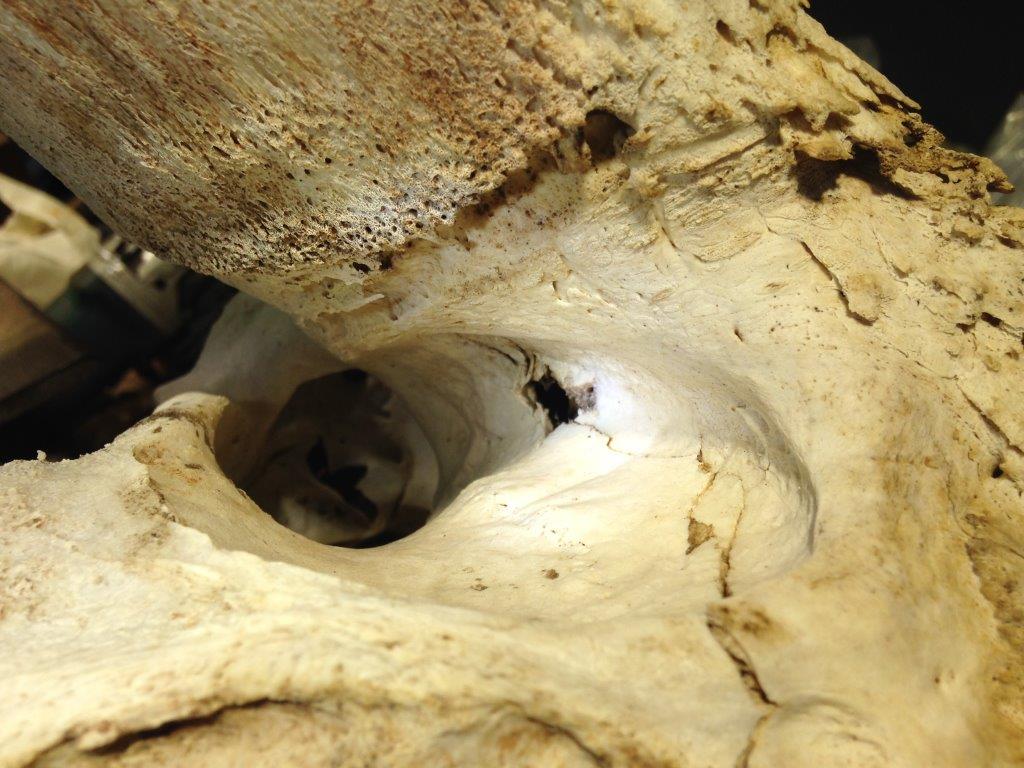 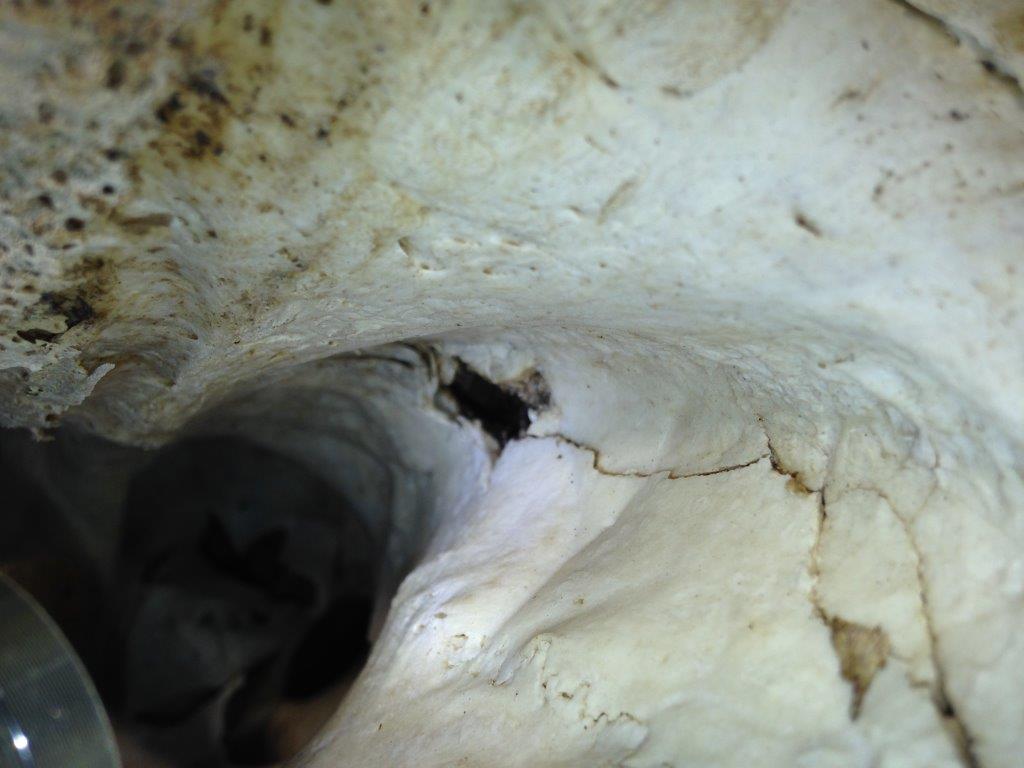 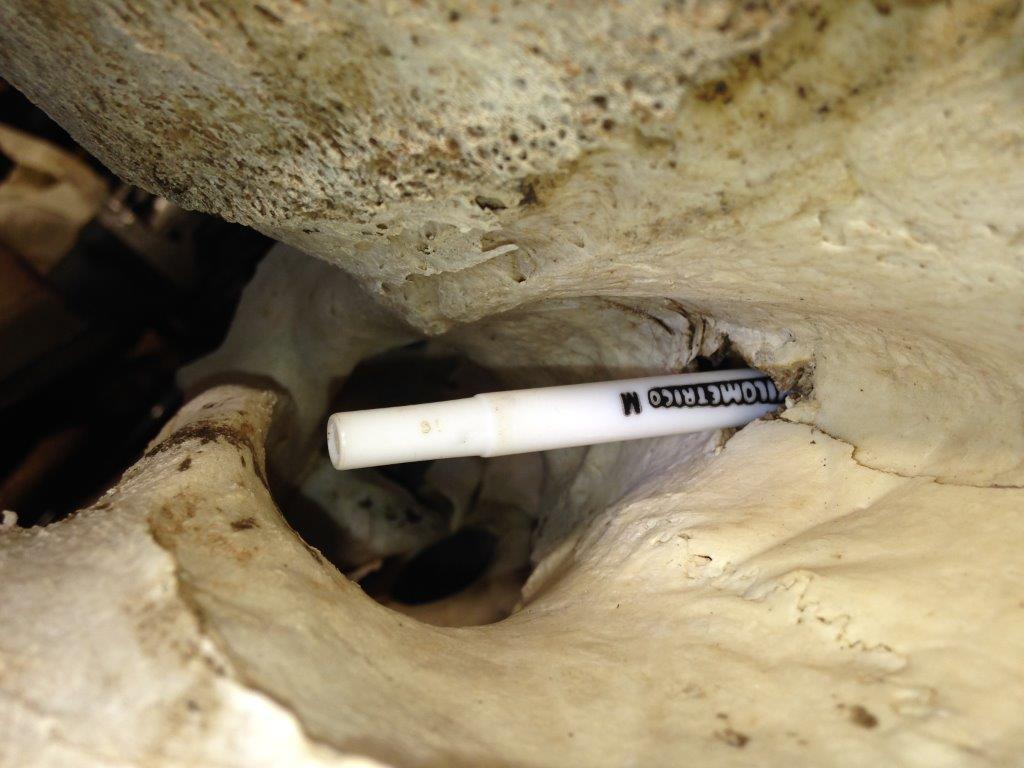 How exciting! It’s a good thing he was running away and not after you!
Thanks for sharing such an exciting hunt!
Africa on my mind.

Ridgewalker said:
How exciting! It’s a good thing he was running away and not after you!
Thanks for sharing such an exciting hunt!
Click to expand...

Probly would have been better if he'd come towards us
.729 Or Larger

Blimey! That is one heck of a hunt!

Amazing ! Thanks for sharing.

Far out, one tough bull!

I've learned not to underestimate how tough they are

What I do or what my rifle, cartridge or projectile load combo will do is really no consideration. I just concern myself with them
.729 Or Larger

Great article and photos Anthony, they are certainly a tough animal alright.
As I know doubt find out in September.

I've ask d this of a few lads

How can an animal take a projectile through the brain and not go down ?
.729 Or Larger

How can an animal take a projectile through the brain and not go down ?
Click to expand...

Sure your shot didnt miss the brain? Ive seen plenty of animals take off to a head shot thats not hit brain, never seen nor heard of an animal running off with a brain shot.

My bet is the Bullets passed through the honeycomb in the skull and missed the brain. Otherwise, it is just some kind of physics miracle.


Nice bull and quite an. adventure.

JPbowhunter said:
Sure your shot didnt miss the brain? Ive seen plenty of animals take off to a head shot thats not hit brain, never seen nor heard of an animal running off with a brain shot.
Click to expand...

BRICKBURN said:
My bet is the Bullets passed through the honeycomb in the skull and missed the brain. Otherwise, it is just some kind of physics miracle.
Nice bull and quite an. adventure.
Click to expand...

I've seen a Bull with field tipped arrows through forehead, front to back and still walking around. When autopsied the arrow had passed through cranial mantlet and impacted into the cranial base at rear. The arrow had snapped off and skin had healed over, the Bull was in very good condition. That bewildered us

Have another look at the pics above, I PHKT if I can figure out how those two head shots missed the Brain !!

The pic with the rod pushed through to highlight the path, from above shows the line of travel of the projectile

Even the impact of a 500grn 458cal projectile to the head would surely knock a Bull senseless ??

Looking through both bullet path holes and up through the spinal recess in cranial base, it amazes me

I have a spare skull here, I'll cut it in 1/2 and drill identical holes through skull to show path
.729 Or Larger

BRICKBURN said:
Otherwise, it is just some kind of physics miracle.
Click to expand...

Back, and to the left perhaps? 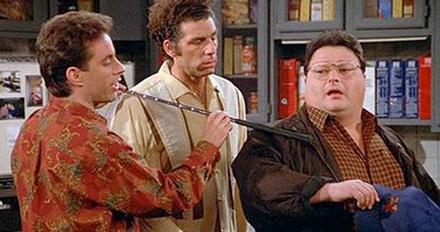 I can only compare it to our Bison. Huge skull and small brain, comparatively.

If you shoot this Bison above the eye and at the base of the horn he will walk away. 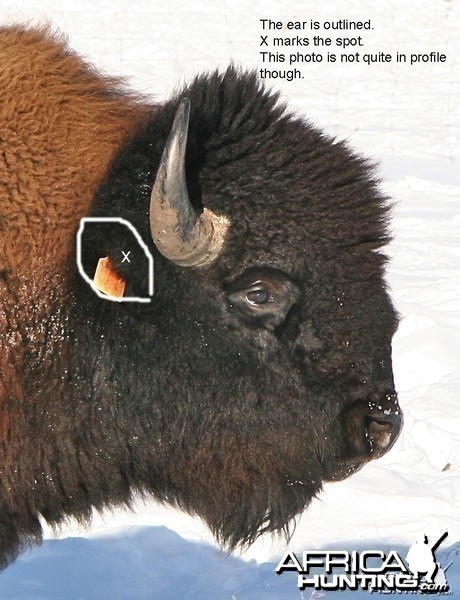 If you hit these guys in the wrong place in the head it is just like an elephant. They will suck it up and walk away.
I have witnessed a 180 grain 300WM shot at 30 yards hit square in the head (to high) Bison rocked backward and just trotted away, never to be seen again.

No other explanation from my side.
You must log in or register to reply here.