Rusa Hunting on the Plains and High Country

The rain had eased somewhat by the time I arrived for 3 days of hunting. My rifle was the Sako with a stainless steel barrel and soft synthetic stock topped with a Swarovski scope. The ammunition selected was the factory loaded Federal 130 grain Power Shok. I am using factory ammunition at the moment as I shoot so little these days.

My host and I loaded up the buggy and set off to hunt the higher country which was difficult country as it was steep and rocky. One slip and you’d end up with a twisted or fractured ankle. We loaded the buggy with my gear which comprised some knives, back- pack and my rifle. We carried very little as we had to walk a fair distance in the hill country from where we had to park the buggy. I checked the general area using my binocular while my host put my back-pack on. The wind was fairly consistent for a change and we stalked into the wind as much as possible. The noise of our approach sent some does running but we kept going at a reasonably slow pace whilst frequently stopping to glass.

The going was hard but we kept checking and glassing the areas until my host spotted a slight movement some distance away. After checking with the binocular, we decided to climb higher and to approach much closer. The buck was in amongst scrub and the shot would not be easy, to say the least. The climb was hard going and rocks would dislodge and tumble down the side of the steep hill. So much for a quiet approach! Once we reached a spot on the side of the hill, we could see the buck below but ahead of us in reasonable shooting range. It’s hard to judge the distance in the scrub but I estimated that he was somewhere around 140 metres.

Trying to get a shot was more difficult than I thought it would be. The buck was facing away from me but eventually turned. The buck was partially covered by scrub and vines from my perspective. I leant against a spindly tree that wasn’t as sturdy as I would have liked. I had the rifle on safe but ready for a quick shot. The buck was getting a little agitated for some reason. Maybe he sensed danger. I put the crosshairs on him but a small bushy tree covered the ideal target area. I decided to shoot a little farther back on the deer rather than take a chance of hitting the scrub and having the bullet ricochet away.

I fired but lost monetarily the sight of the deer when the rifle recoiled! I saw the buck jump and started to slide down the steep ground. Fortunately, the buck was down for keeps and didn’t go very far. Getting there was a surprisingly difficult task as we had to climb even higher to get a secure footing. I had hit the deer way too far back but the 130 grain Federal did the job. That’s certainly not my best shot. I was lucky to have put him down and that he didn’t run downhill and possibly get lost to us.

My host ran back to bring the buggy as close as practical to the base of the hill as I dragged the buck down. Backache! That was an understatement and I was sure pleased to find the base of the steep hill. Once we returned to base, we skinned the deer and butchered him for the freezer except for the back straps for dinner that night. I really like the backstraps,

The next day’s hunt was to be in the plains areas flanked by thick scrub but overnight it rained a little with frequent but short-lasting showers... This area of the hunt was a little swampy in places but with careful driving my host had us out at our planned area. The wind as usual was gusting here, there, and everywhere so we made a fire and had a coffee to figure out what to do next. Which way to go was the question? We decided to track into the prevailing wind as much as possible and hoped that the wind would stay somewhat constant.

Tracking close to the scrub line and glassing frequently was our method of stalking. I like to walk in the scrub so that my movements are not detected so readily. But; this was not an option in many places but we took advantage of the scrub and terrain. Occasionally a doe would break cover and run alarming not only us but ensuring any other deer would detect the movement. At this stage we didn’t see any bucks at all. I thought that was strange that we did not see any bucks but I assume that they were well hidden and were very, very wary.

Time marched on and we had hunted for hours without seeing a buck of any description. After a brief lunch, we decided to try another area that we had not hunted. It was a flat country with some swampy areas. We thought we would try the area even though the deer had plenty of watering places to drink from and the creeks were running fairly well.

We walked and walked and then I saw a buck at the water hole. It was obviously his wallow hole as he appeared to be muddy and was standing at the edge of a swampy patch. He was a desired target. The question was how I was going to get close enough to get a decent shot. The estimated distance was at least 400 metres or so across flat country with no cover to hide behind. With the 270, I could have shot him but I was not confident and decided to make a circling approach taking advantage of the wind and limited terrain coverage.

The deer was facing at 90° to how I was placed in the gully. I decided to crouch as low as possible and to get out of his line of sight and start moving up through a gully. This seemed to take absolute ages to do so. I kept as low as I could but kept a watchful eye on the deer who was busy messing around at the edge of the waterhole. Finally, I had crept within about 180 metres or so and decided to shoot from that distance rather than getting closer in case I blew the stalk.

I slowly moved the rifle forward on the grass above the gully. By now the deer was facing away from me and the shot was not going to be easy at this angle. I decided not to move in case I spooked the deer and waited and waited for him to turn. Eventually what seemed like hours, the buck turned presenting me with a side-on shot. I released the safety catch very cautiously so that the deer did not hear any metallic click. I put the crosshair on his chest and squeezed the 130 grain bullet on its way. I heard the thump of the bullet and the deer dropped. It was simply a great shot because of the ethical method of killing the deer. In a number of cases over the years, I have not achieved such a clean kill and I certainly do not like that.

The buggy was coming across the swampy ground to the buck as I approached the fallen deer. We loaded the deer on the back of the buggy and tied him in and headed for my host’s house. I was extremely grateful that I did not have to carry him. The buggy is fantastic in that sort of terrain where a conventional motor vehicle cannot be driven. Previously I have had to carry deer back to the vehicle. I am sure the deer gets heavier with each step!

Next hunt was going to be in a few weeks’ time. I truly looked forward to such great hunting in different terrain, once again using my Sako 270. I have many other rifles in various calibers, but almost always used the 270. I have use the 300 Winchester Magnum on Rusa and red deer but it was a bit severe. I fact I do not think it did a better job than the 270. Where I hunt I need a flat shooting rifle for the open areas and at the same time I need a cartridge that will be useful in the scrubby country and as far as I am concerned the 270 fulfils the requirements more than adequately. 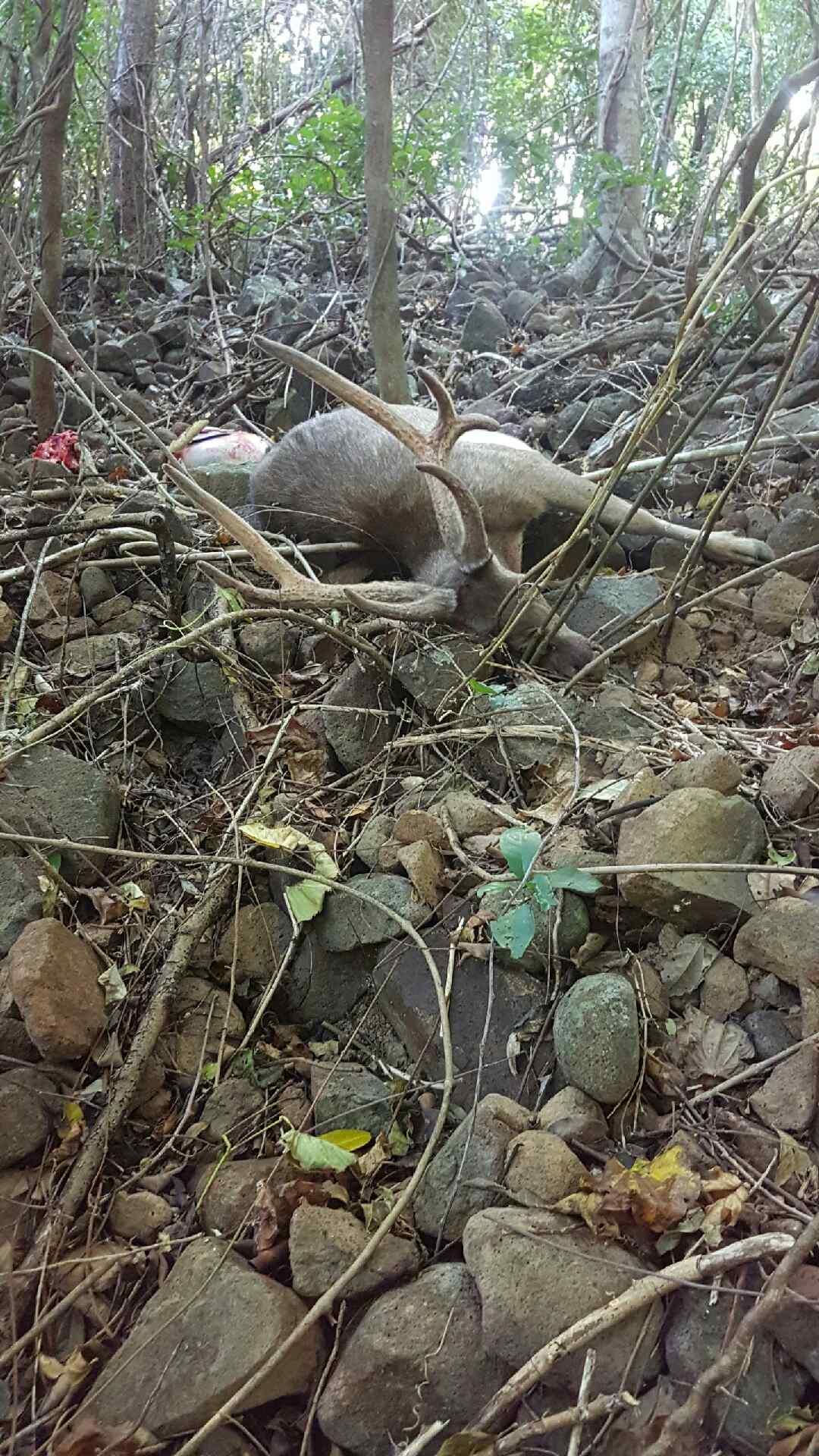 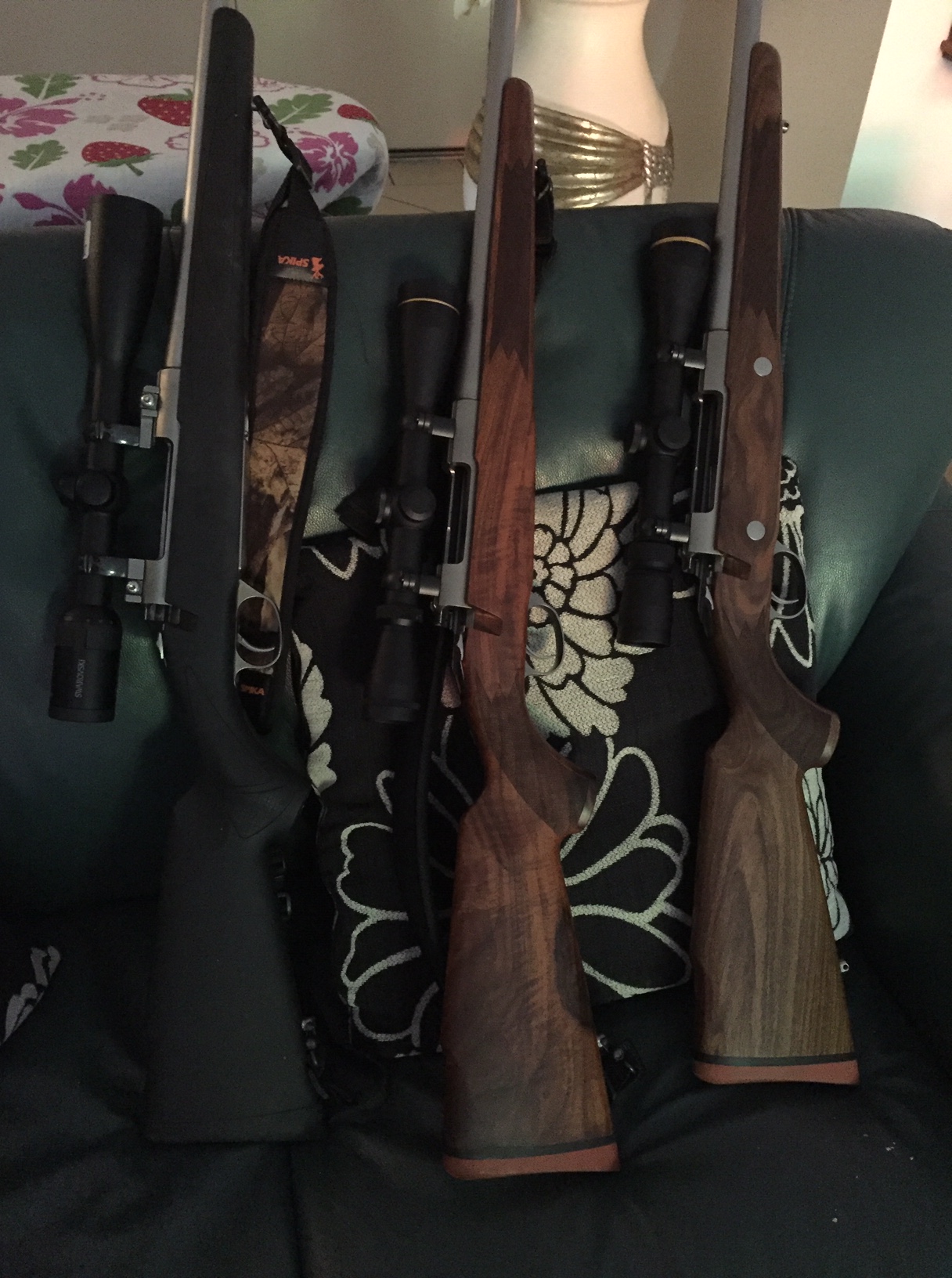 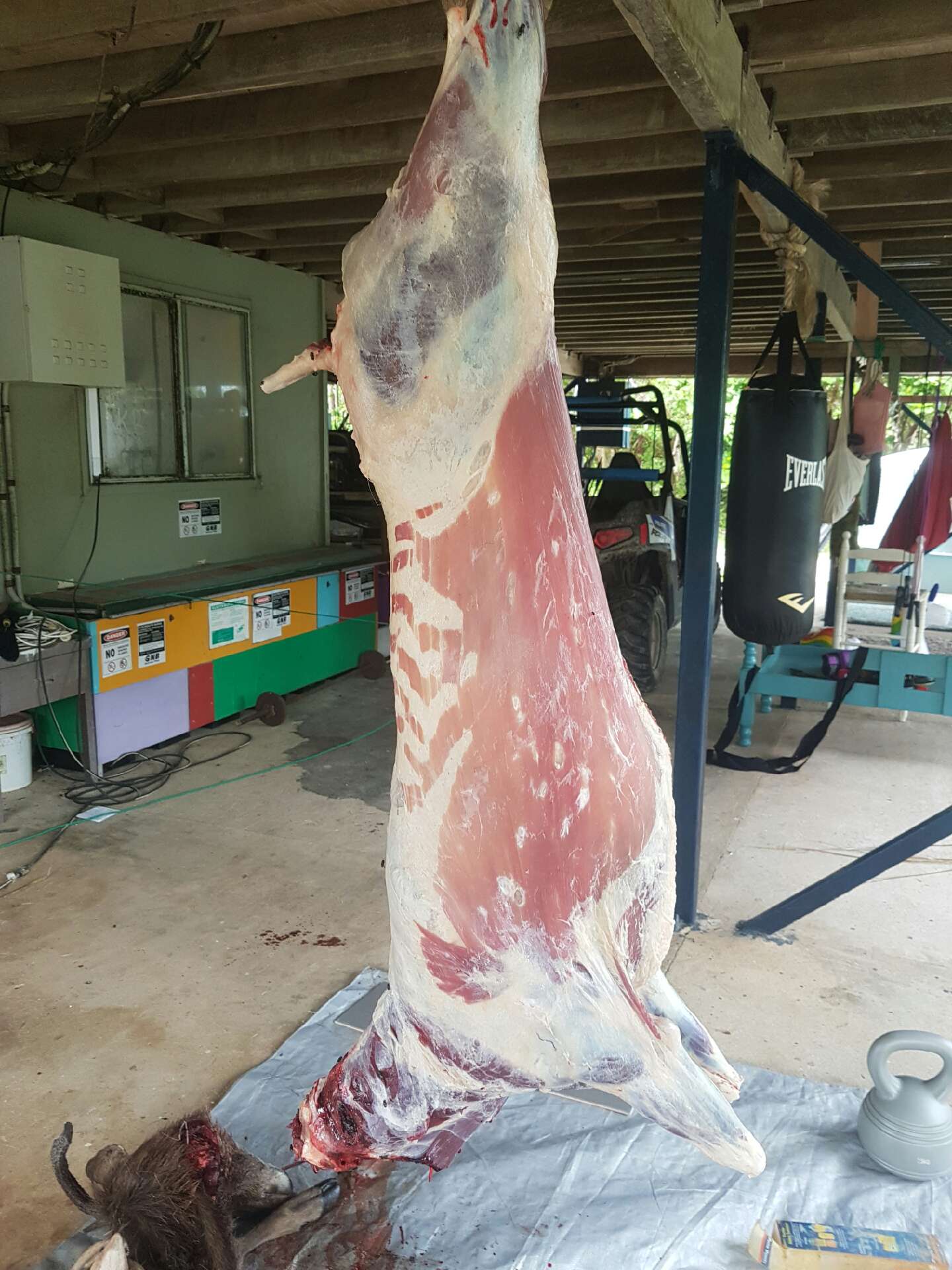 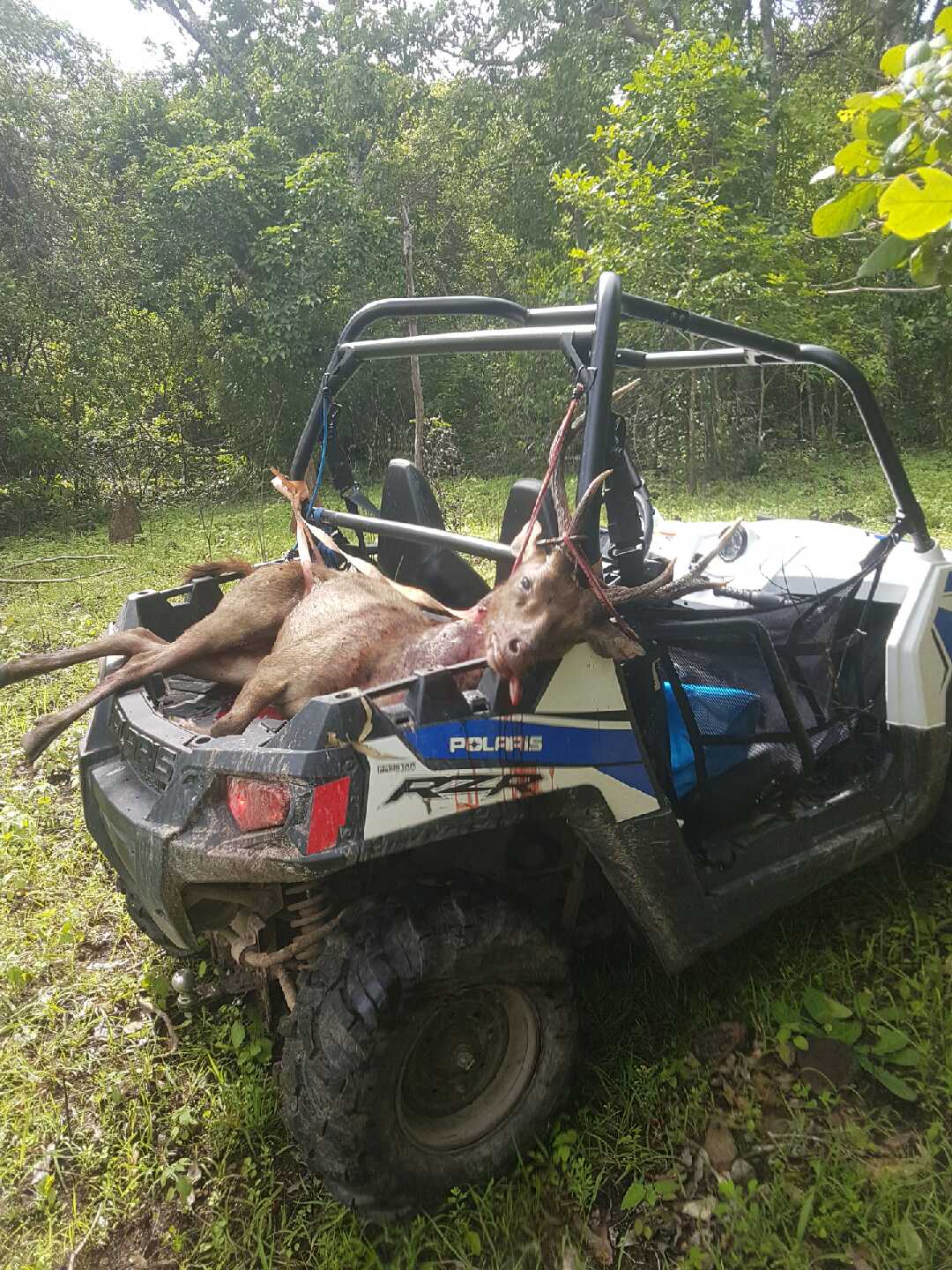 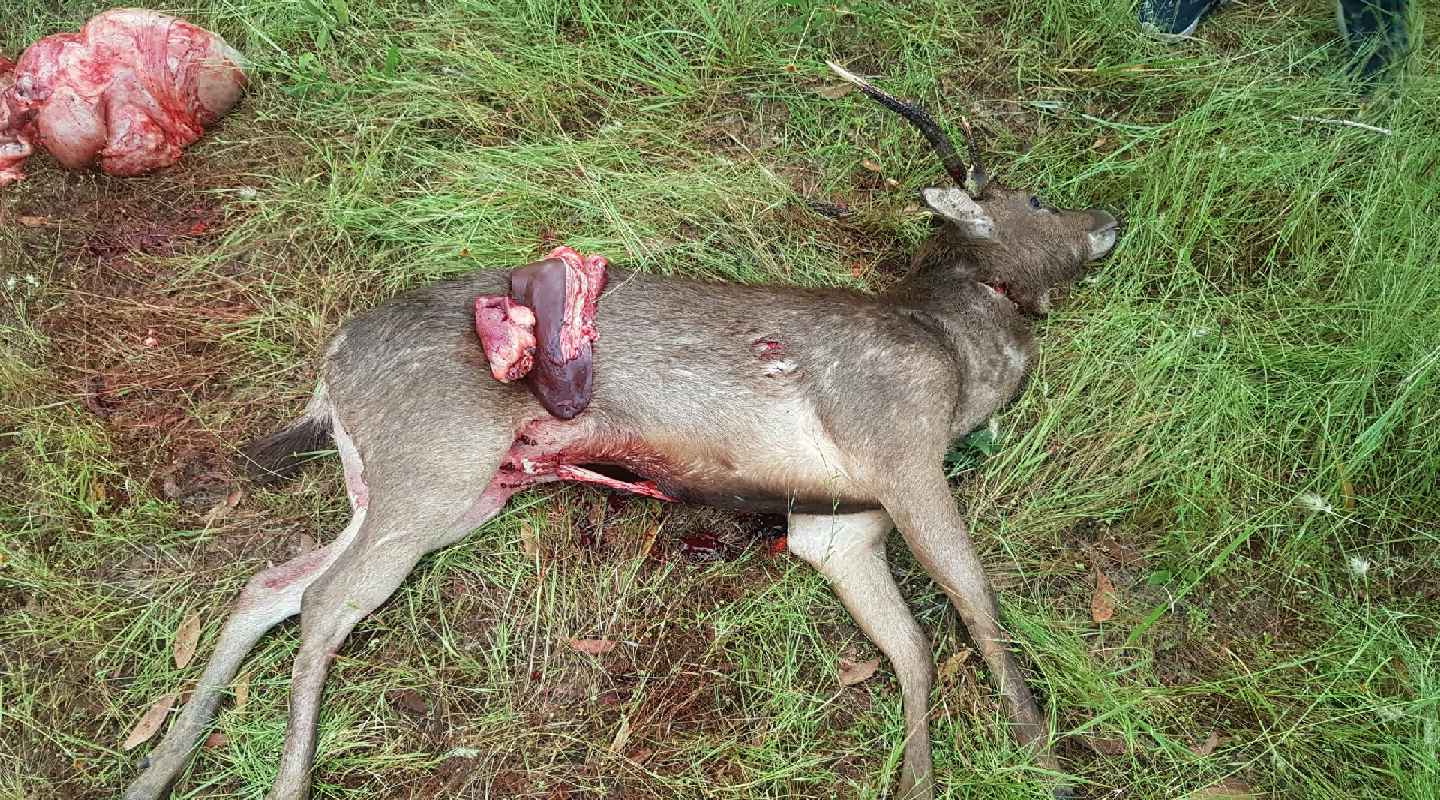 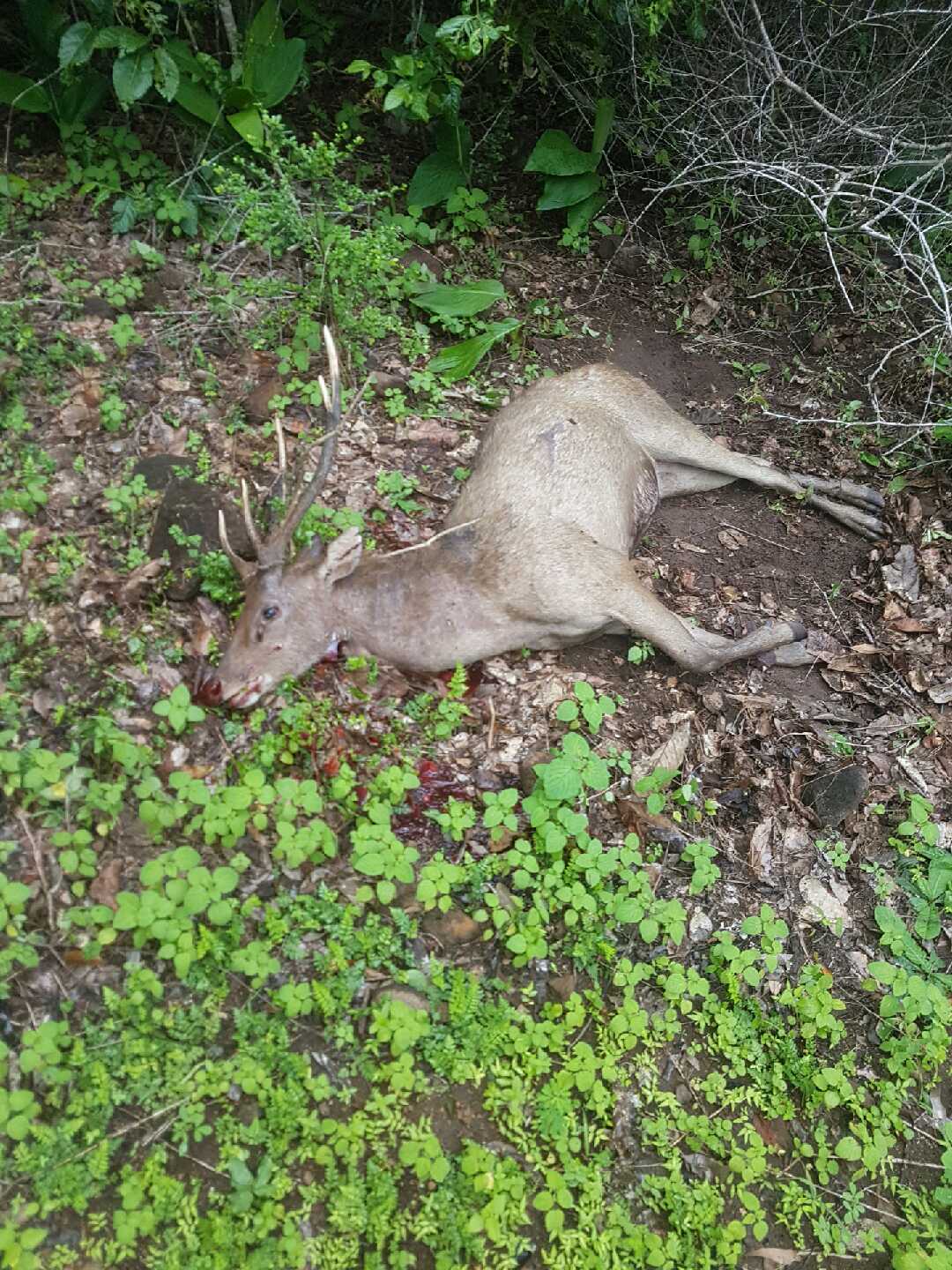 Very nice deer Ray! Great story too. How much do those guys weigh about?
"When my friends tell me that I have led a remarkable life, I have to admit having done my best to make it so" - John Kingsley-Heath

I have no idea on the weight - but glad not to have to carry far!
Rusa bucks (note bucks not stags for some reason unbeknown to me) are smaller that red stags. They are a sort of sambar deer in a smaller frame & color.

They are nice. I shared your story to Zen and she is impressed with you athleticism She was surprised you are not just a bunch of bad jokes
"When my friends tell me that I have led a remarkable life, I have to admit having done my best to make it so" - John Kingsley-Heath

Remind me to put a peg on Zen’s tongue!

Man you Aussies have such a cool variety of deer! That deer was perfectly skinned as well....somebody knows what they’re doing!
"I don't need to shoot farther...I need to hunt closer." - G. Sitton

What a grand hunt! Oh I’m envious Dr Ray! They look like excellent eating!
Africa on my mind.

Ragman said:
Man you Aussies have such a cool variety of deer! That deer was perfectly skinned as well....somebody knows what they’re doing!
Click to expand...

We have six specifies
Red, fallow,sambar.chital (axis). Hog, and
Rusa.
In my area in the far north east of oz, the rusa are in thick scrub and are hard to hunt.

Sambar are big and like chital are from India.