Unfortunately I don't have time for a lengthy report and there's not too much mulch to say.

Tried a new spot this morning that I hadn't hunted previously. Wife brought the young fella into bed early as he has croup and isn't a happy camper. I ended up staying to settle him and didn't get away from the house until later. By the time I made it to my spot the sun was cresting the mountains, i quickly loaded the gun, got the dog and took off into the thick bush. My plan was to check a patch of ground bordering a private block with the idea a mature stag might be using it as a post rut place to hang out.

I skirted the block but couldn't find any sign so continued on to a pool I'd heard about from a 4wd friend. Anyway a couple of km's later I made it to some thicker bush running along a sandy hump in the landscape which looked exactly like the country you'd find a mature stag. I noted some old browse marks on some of the favoured tree's and was just about to move on when I noticed a track ahead. I went up to it and was glad to see a big stag print. Judging from the direction, the freshness of the track it was clearly him heading to feed in the paddock the previous night.

I moved further through the bush and come across a very fresh track from this morning heading back to cover.
He was walking at a steady pace so his rear track is super imposed over the front but this is still about as big as a track gets around here. The dislodged chunks of sand still showed the delineation between the dry top crust and moist sand underneath, and in several prints the fine new grass shoots had not yet sprung erect. I don't know how much I missed him by but I'm sure if I had of stuck to it I could have put him up.

I moved on a bit further but by then time was getting away and I didn't want the boss who'd been up half the night having to look after the young fella by herself (i get guilty like that) so i decided to turn for home. I briefly pined for the days pre kids when I would have tracked him half the day if need be for bush stalking red stags is my favourite thing in this world hunting related. I turned on my gps and noticed I was 3km in a straight line from the car so decided to boogie back. Reckon i did 7 or 8km today which is a nice easy walk in this country.

On the way back I found the watering hole which was located not too far from a 4wd track. In it the big fella had regularly come to drink along with a young stag and at least one hind and fawn, i think maybe two.

I might yet set up a tc to catch him but i most definitely will be spending every spare hunting minute chasing this fella over winter.

Hopefully I can add a happy ending to this tale at some stage, but to me a past prime wild bred red stag is one of the hardest animals to outwit, especially in this area with lots of pressure and low animal densities.

Pics attached
1. Stag track
2. Typical stag country, calls for quick shooting. If i had of pressed further the scope would have come off.
3. Spot the gsp
4. Tracks at watering hole 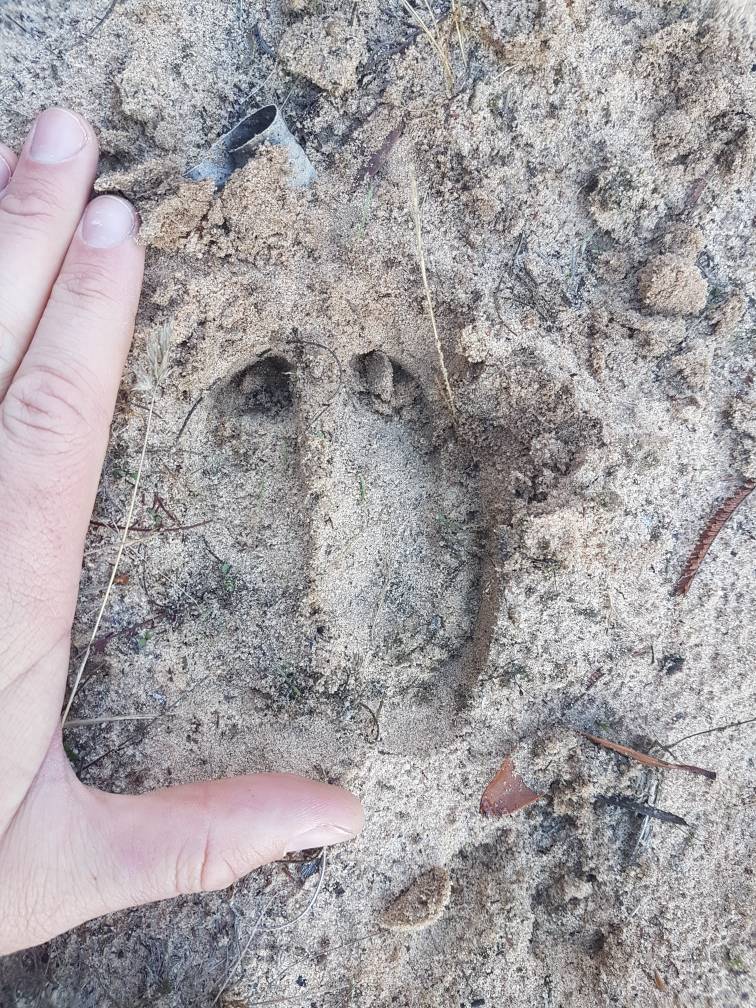 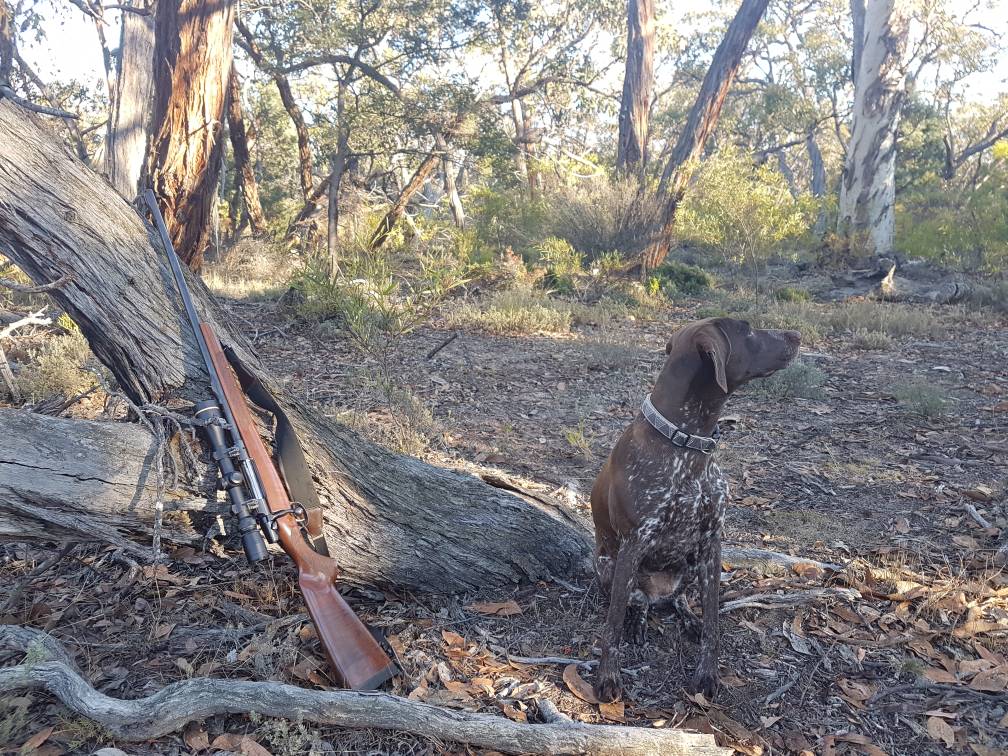 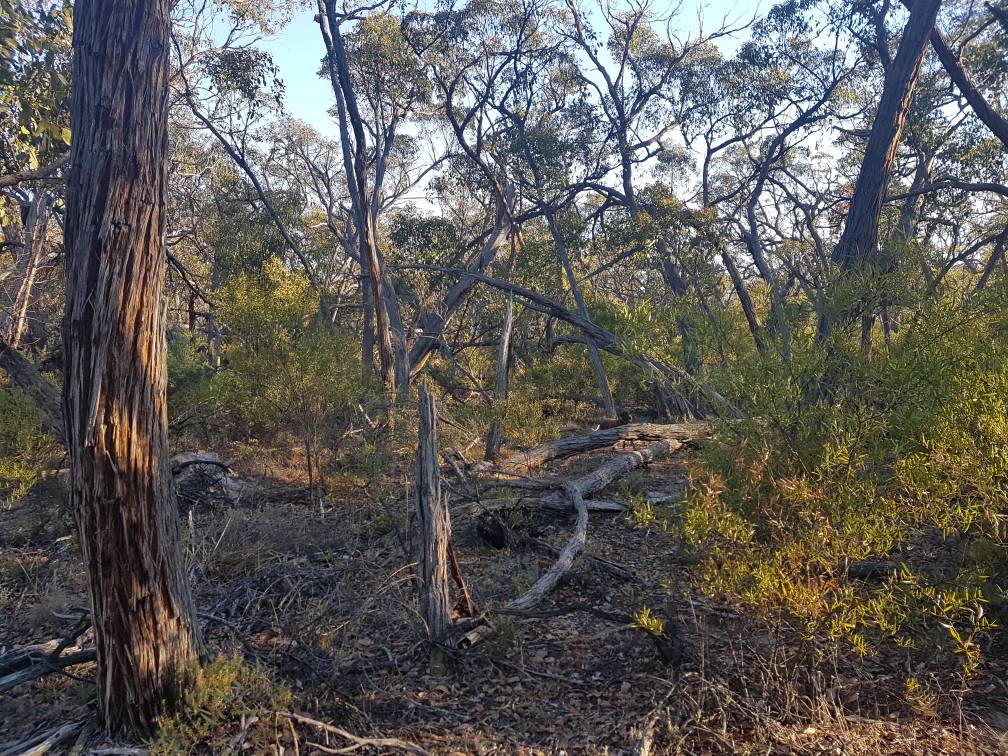 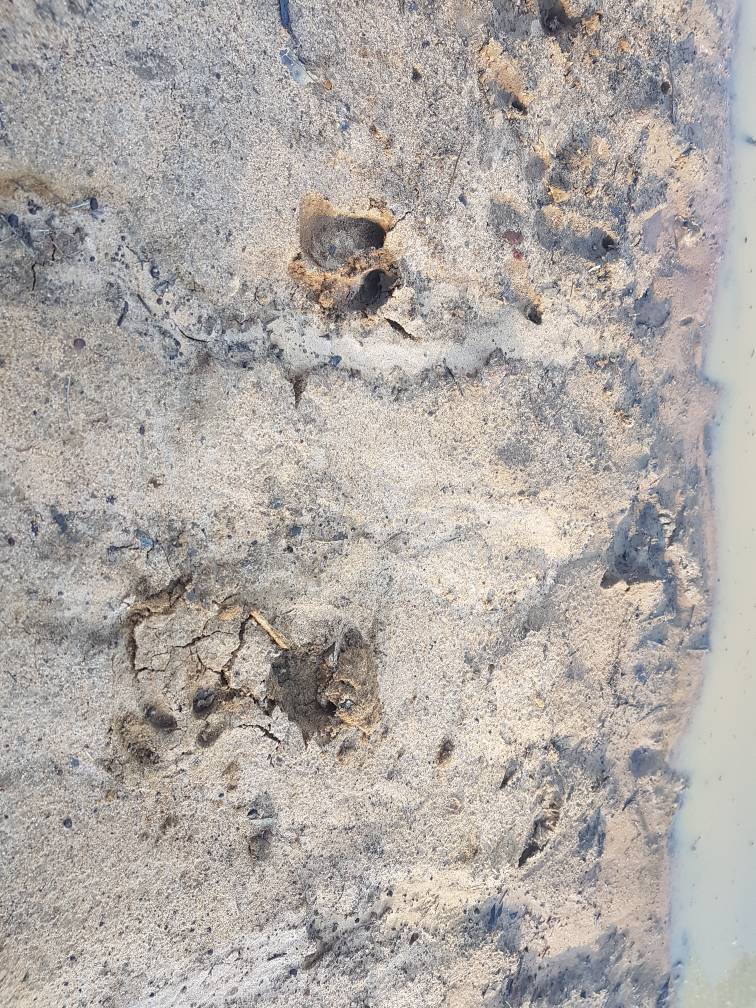 Nice way to spend some time, and some good learning for the game of chess ahead! All the best!

Sounds like the beginning of a good hunt. Remember to change your direction of approach to the area so as not to "educate" your quarry.

Good luck.
Having kids just adds another level to the challenge.

Hope you get him!

Found where some younger stags were living and decided to take this young hunter out. Stalked the bush and spotted them making their way to bed. Got down prone and she managed to make a great quartering to shot using my fist as a rest from about 70m with my 275 Rigby and 156gn norma oryx handloads. He ran about 50m before crashing into a tree and coming to rest. One very happy young hunter. 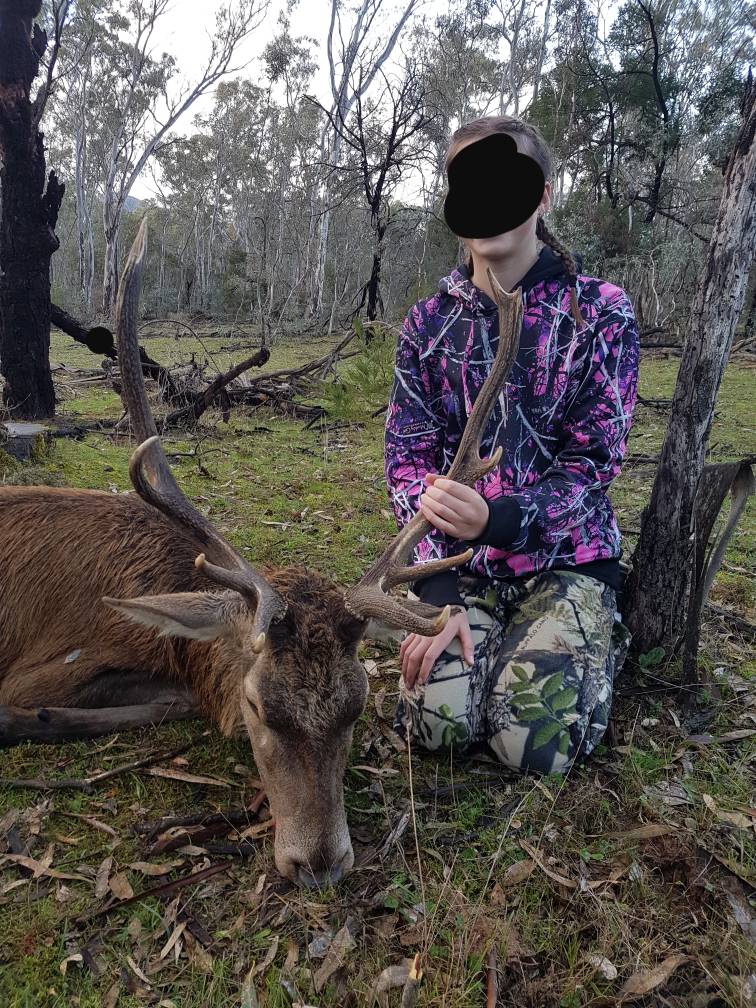 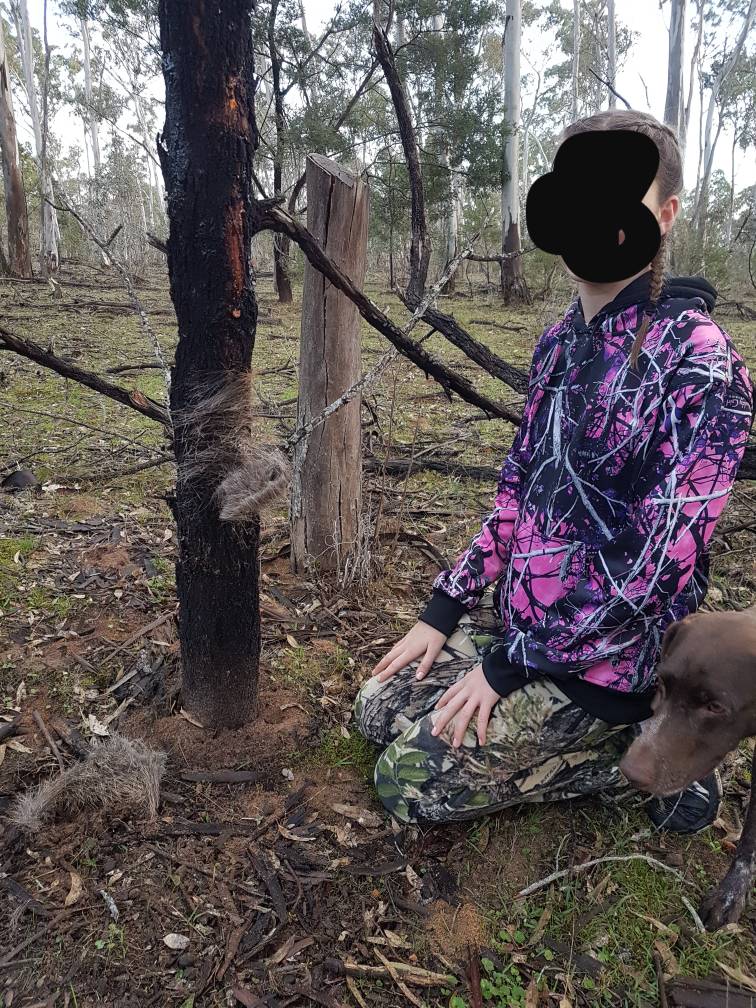 Congrats to the young hunter! You both did really well!

I'm sure that with a little more patience and perseverance you'll catch up with that big boy.
The longer it takes, the more effort and the better that trophy will be.

Love the GSP too.
I'm a dog guy.
I'd rather a day out with my dog and not see anything than shoot a big stag on my own without her.

Great fun and good for you taking a young huntress out!
My old GSP loves to walk in the woods too!
Africa on my mind.

I missed the update.
Congratulations to this young lady on her Stag.

Ok JP, you've piqued my curiosity, who is the young lady. BTW how did you know she could shoot well enough to drop a 10 pointer?
You must log in or register to reply here.