Had the chance to go and visit a community that’s a fair hoof from here. While we were there we get the usual request, if we can go and get some meat animals during the visit. Well that turned into butchering a Bull every day and two on the last day.

Hard work but we bloody love it

When we arrived at the flood plain edge we were greeted with the sight of easy, 50 Buff at varying distances

We spotted this Bull with two others on flood plain, over 500m out and tried to come up with a plan to take him. There was a small clump of bushes out in the same direction but off to one side. The hard part was trying to get to them without all the other Buff spotting us

It was my turn and the best I could come up with was to crouch over and with head down slowly made my way out, taking steps every time the Bulls put their heads down to feed. It has worked for me before so off I went.

Trying not to show my face and doing this crouched, hunched over walk, I managed to get to an old dried out Buff wallow. I crawled in and laid down with full view of the Buff.

My little Bushnell range finder reckons 168m, so I will have around 7-9 inches of drop at that range with the 458WM and Woodleigh 550grn RN SN. So I settled in and prepared myself to shoot my little Winy M70 in prone position.

The first shot’s time of flight at 168m was amazing and it dropped him instantly, but he got back and wobbled off, the second shot took him at 180m and dropped him again. He flopped around on the ground for a bit, but he regained his feet and again wobbled off. Swapping the range finder for the Winy, as he turned to look the next 550grner grazed his left hand side and ploughed into his neck and he spudded in. I watched for a few seconds to make sure he was down, then gathered up my spent cases and as I stood up, he got up so I laid back down and dropped him again at just over 200m. Finally!!

I got up and walked back to where my mate was and as I approached he was pointing and as I spun around I watched as the Bull got back up. I quickly sat down and ranged him and at just over 230m I put another 550grner into the base of his tail and put him down again. This time he wasn’t moving any further.

We slowly made our way across the swamp, the size of the Bull was impressive and we still had to shoot him in face as we approached, he was huffing at us.

Few photos with sun setting and we made a plan to hoof it back across the swamp to the car and drive back out and all way around to come in from the other side, letting us drive right up to the Bull to make it easy to recover the meat.

A shovel and LED lights made butchering the Bull in the dark a lot easier and the cool flood plain breeze was awesome. I managed to recover a projectile that had penetrated both shoulders and come to rest just under the hide on the offside shoulder. This Bull filled two freezers easy as

At over 200m these 550grners would have an impact velocity of around low to mid 1600 FPS and they still managed to punch through. Bloody impressive and the reason I love these Woodleighs so much.

Later the recovered projectile measured 393grns and the Bull went 102 inches with 18 inch bases. I’m sure I’ll find a spot for the head and horns on the wall for sure. 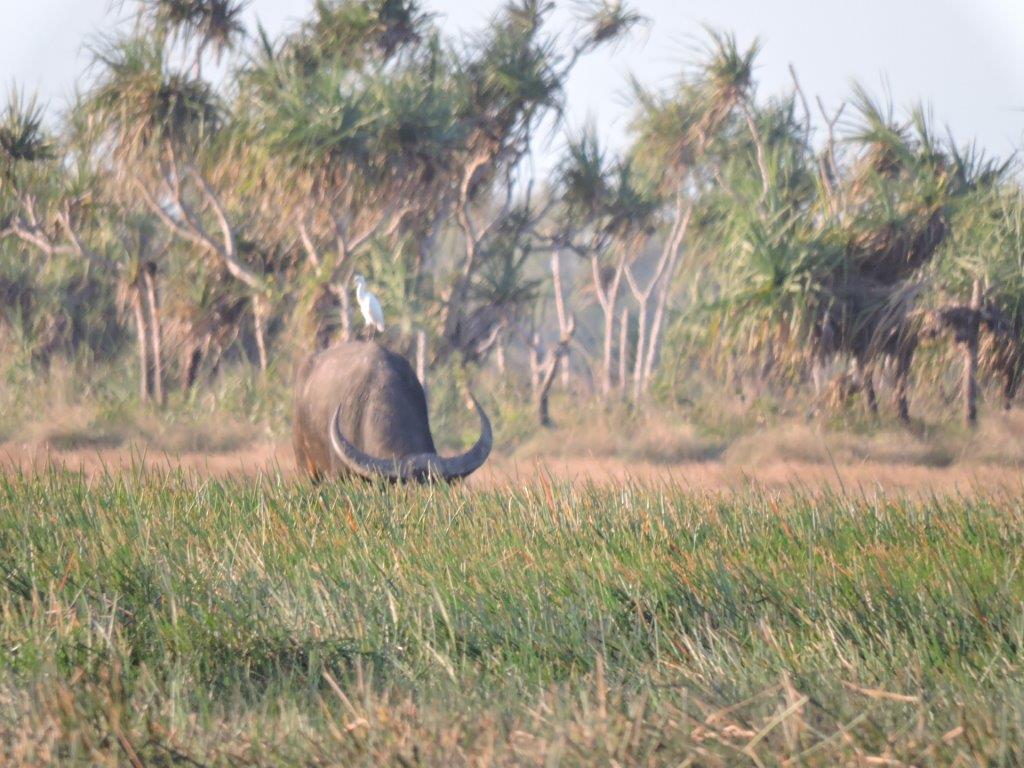 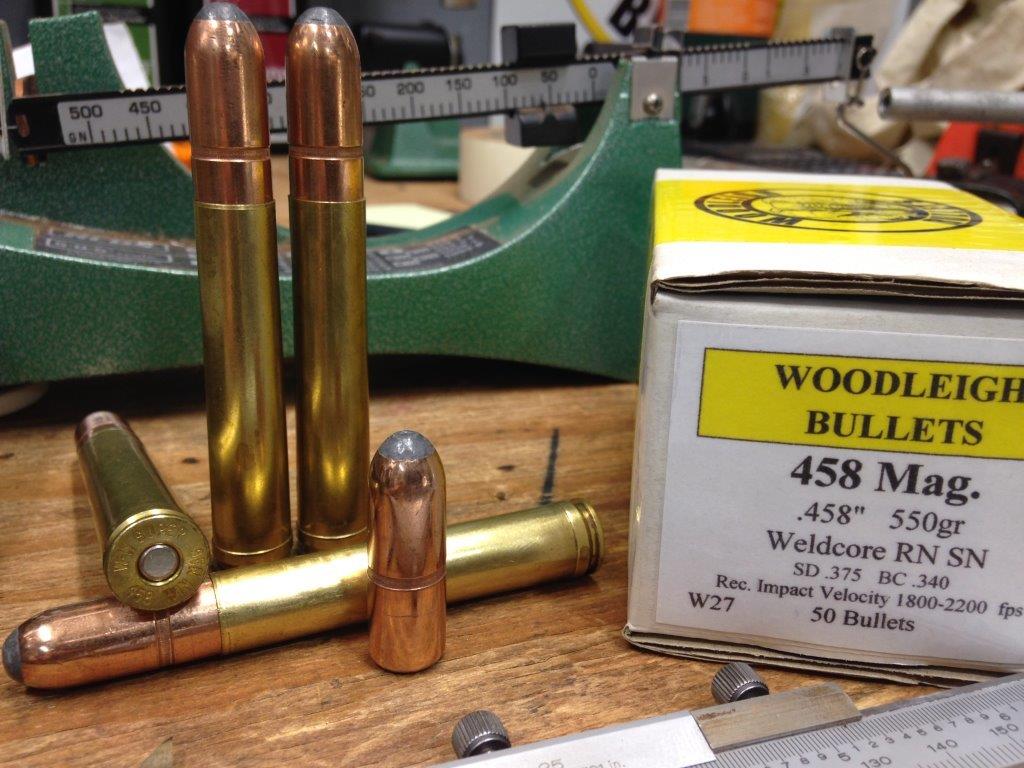 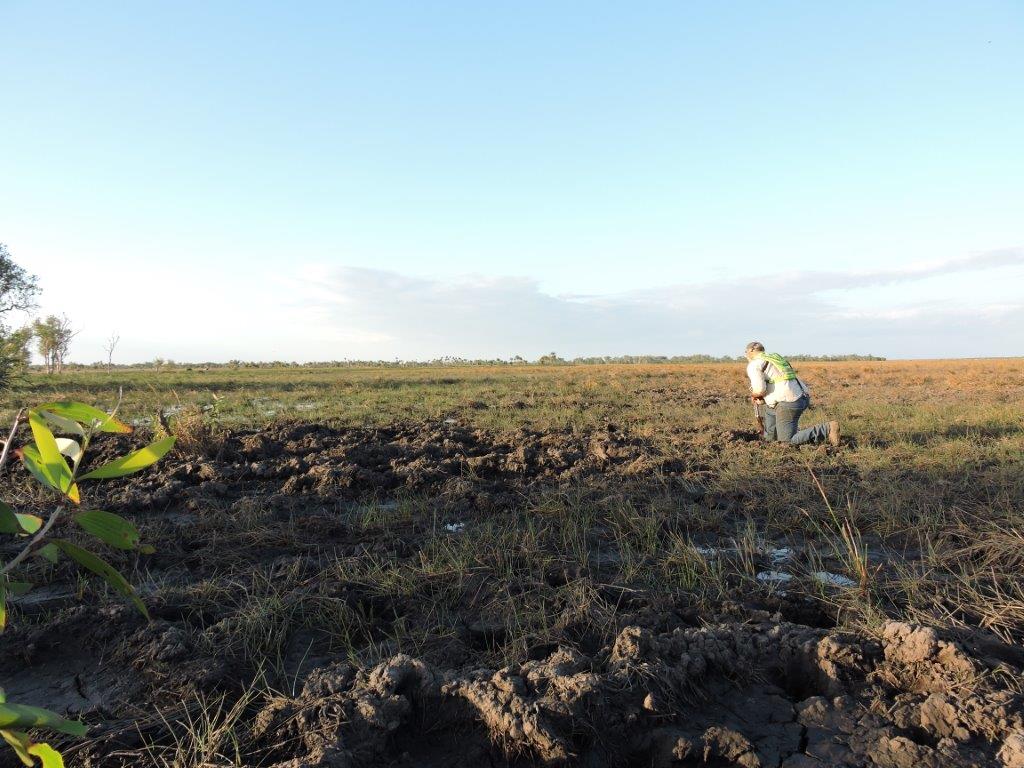 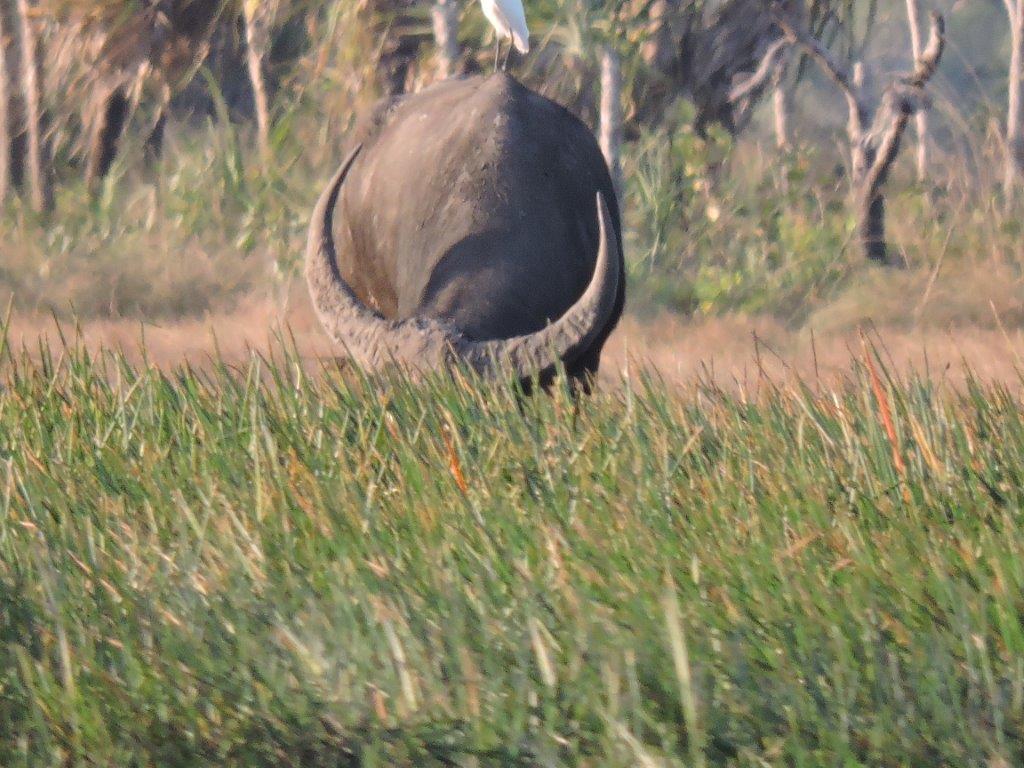 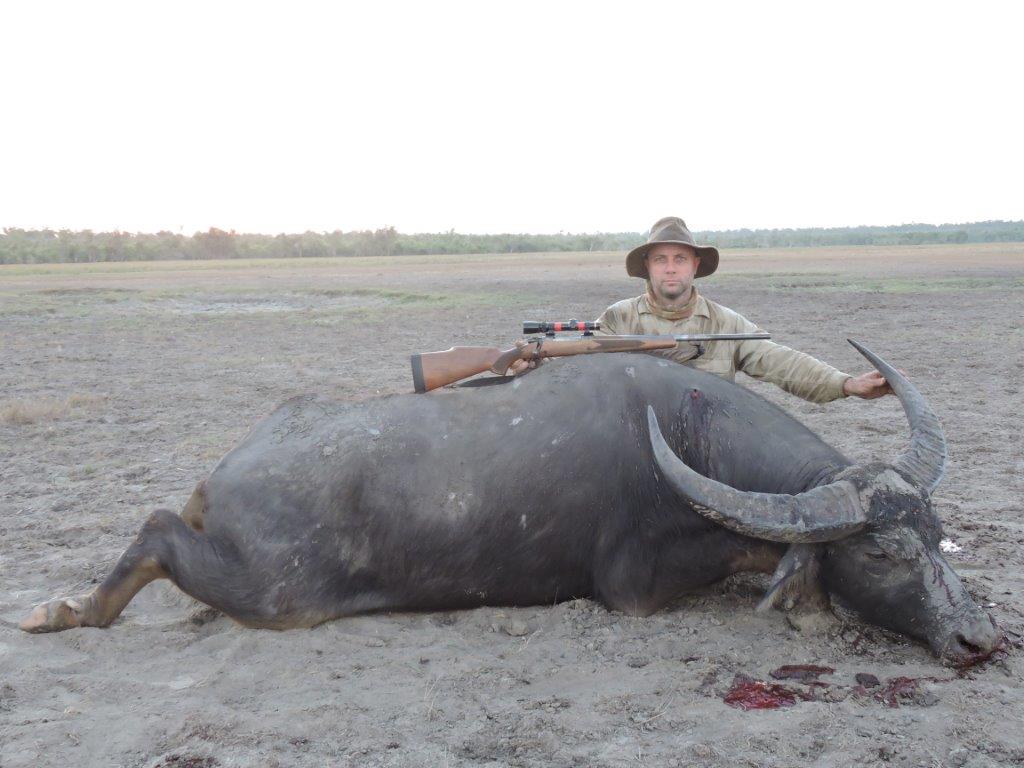 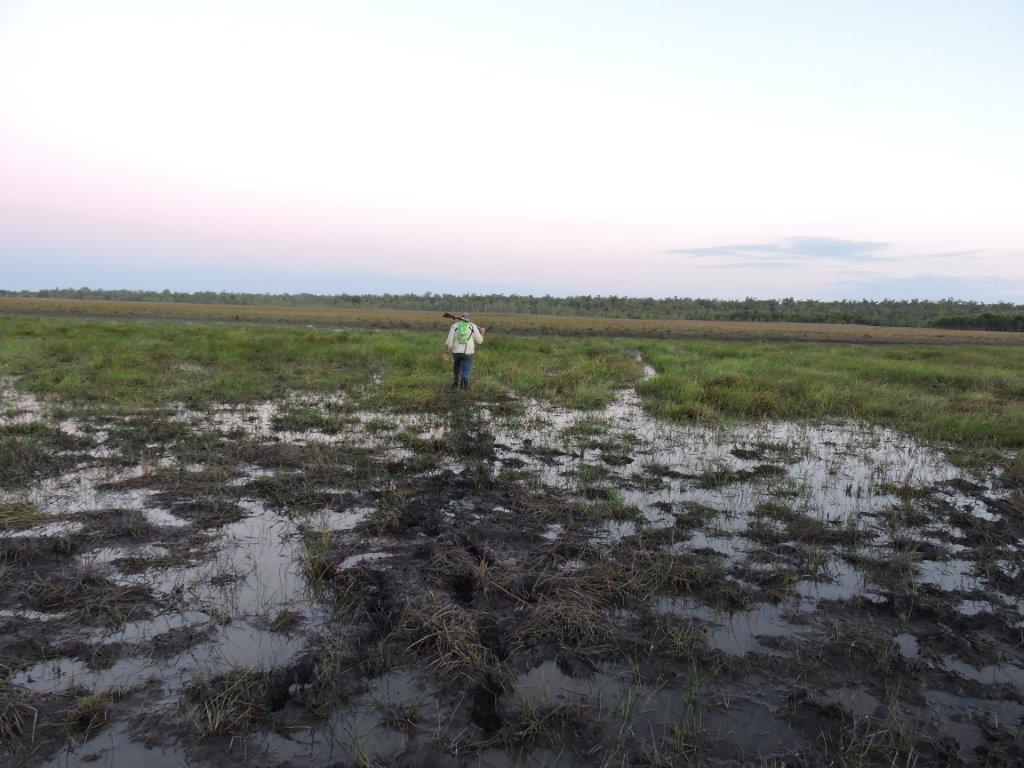 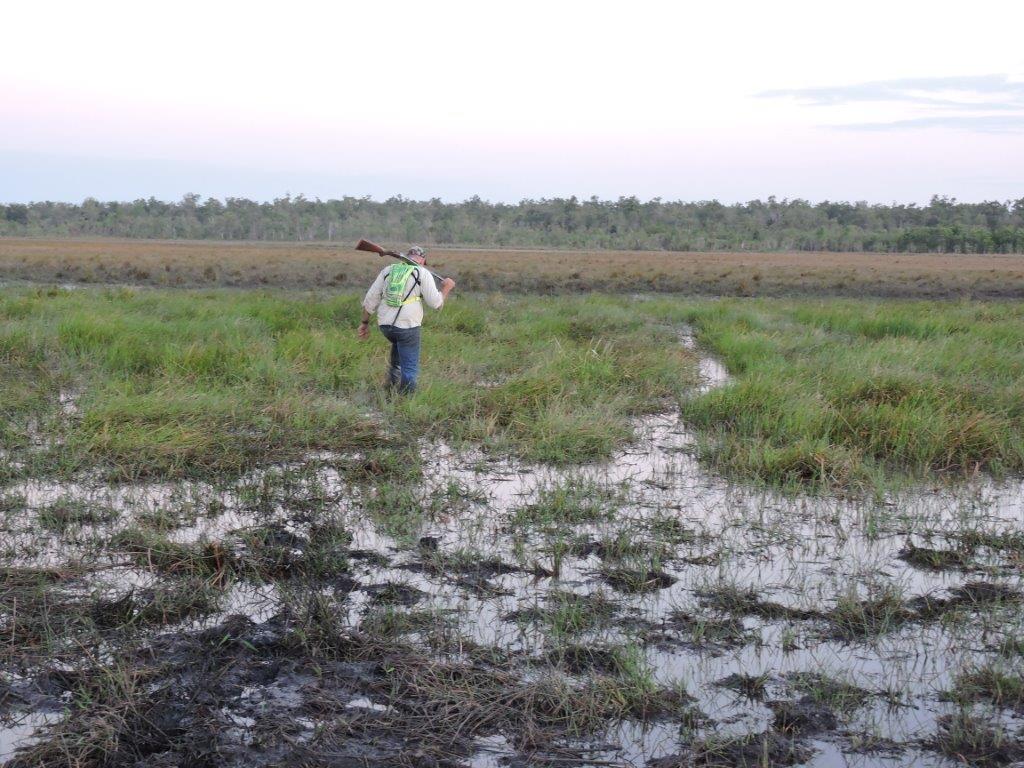 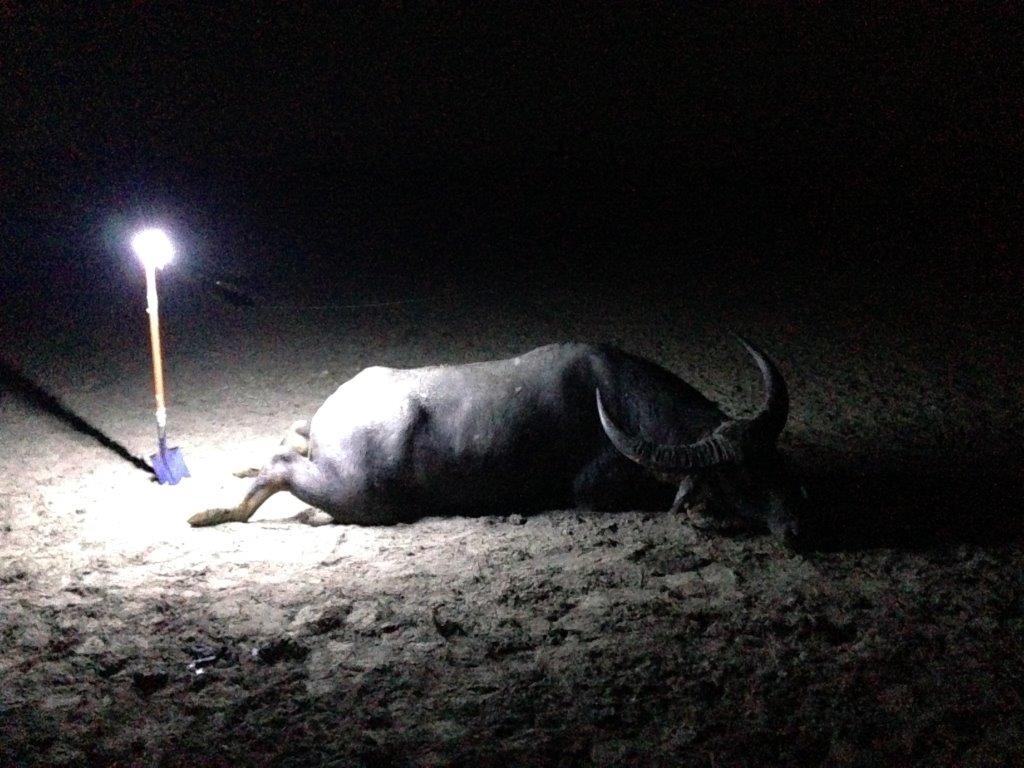 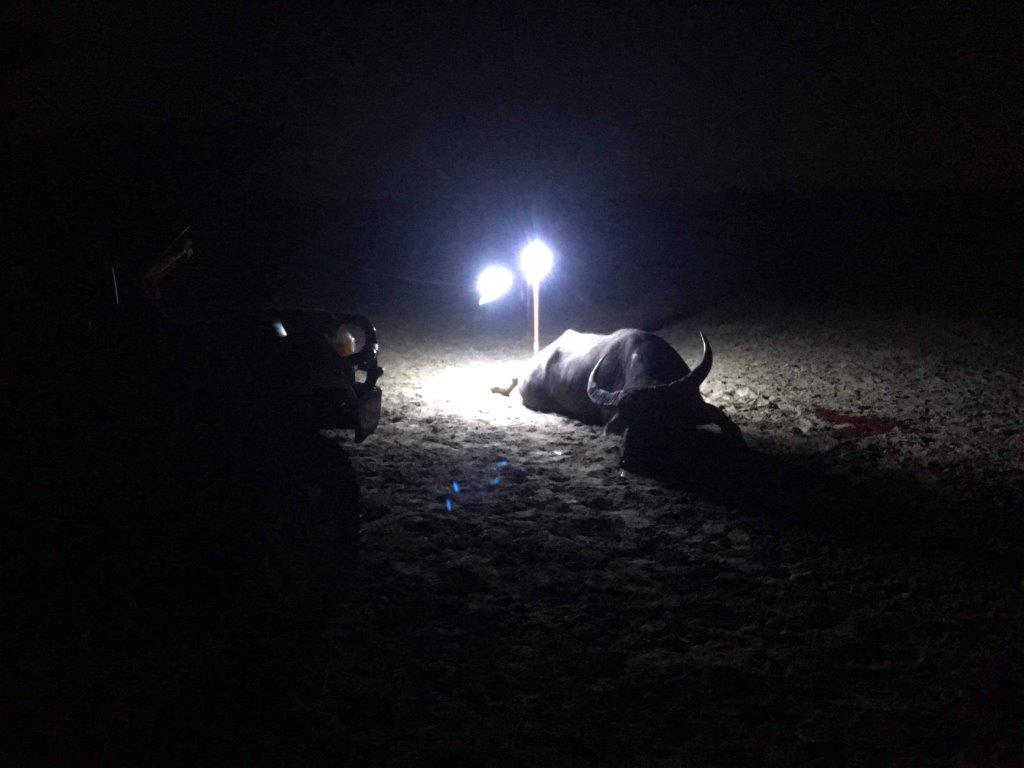 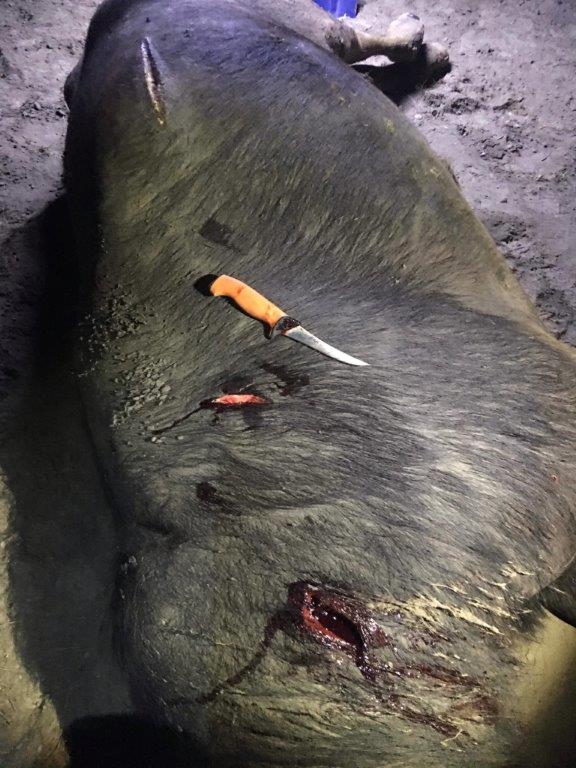 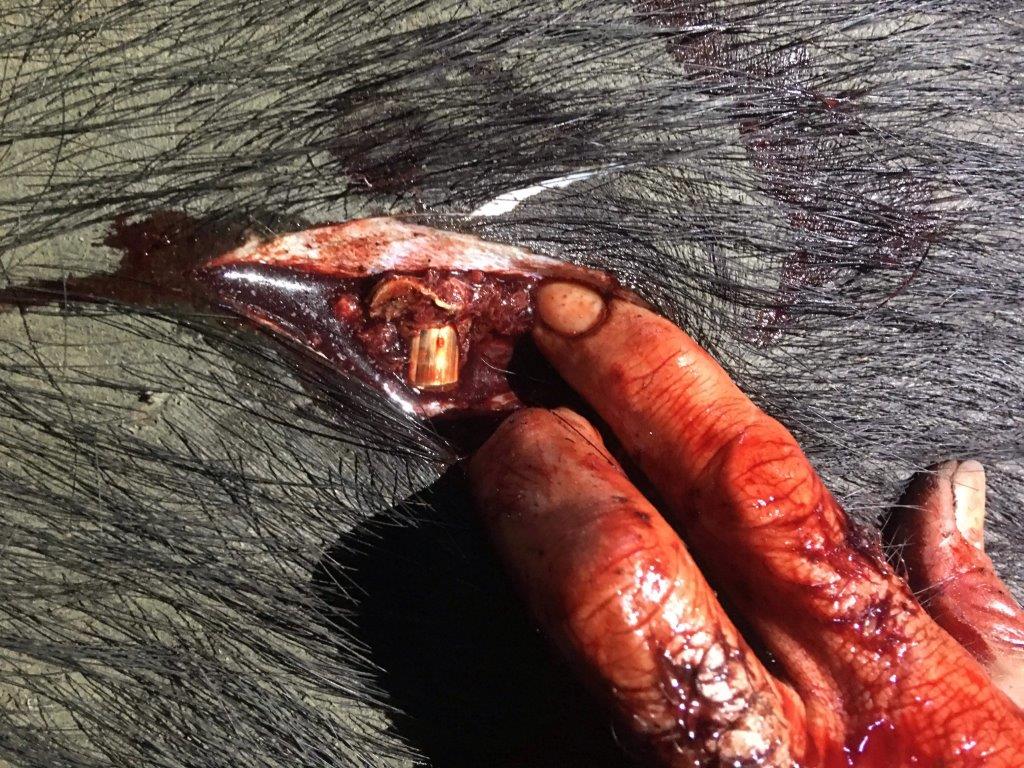 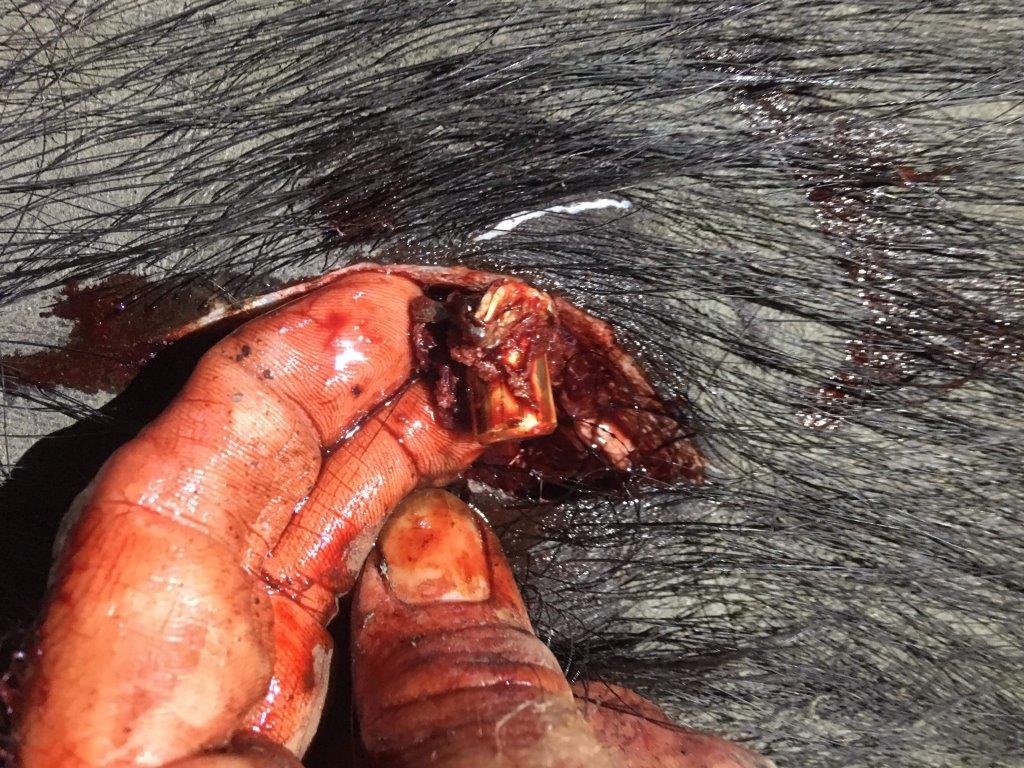 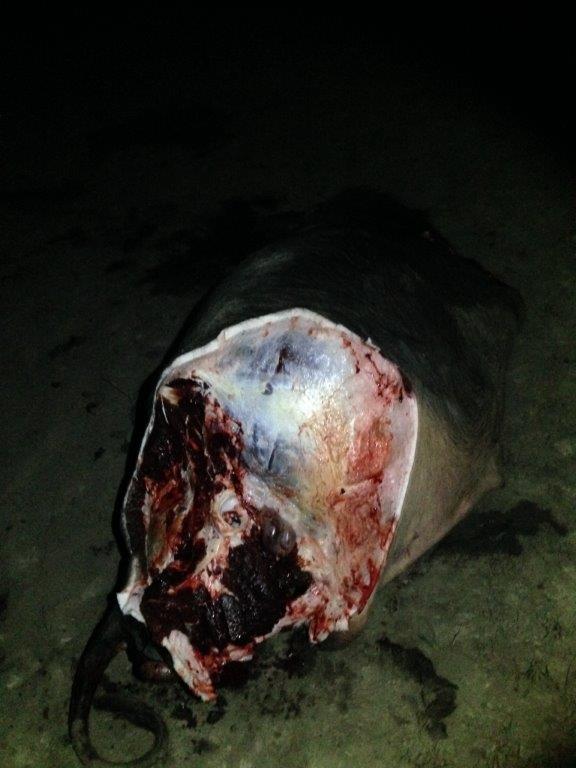 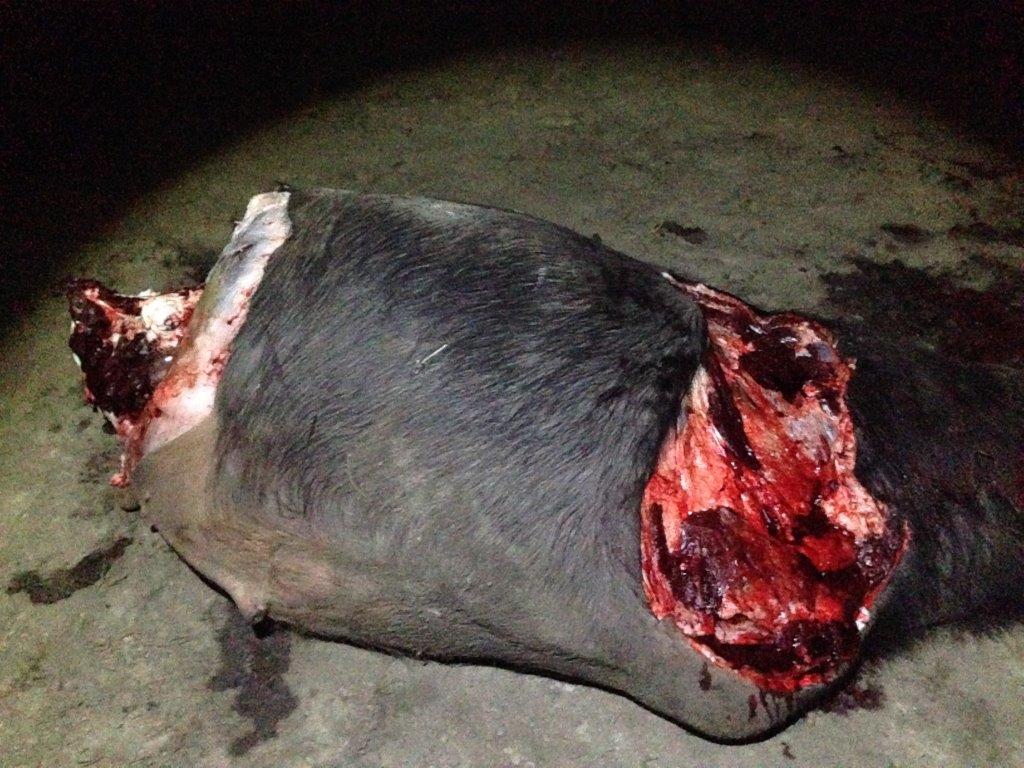 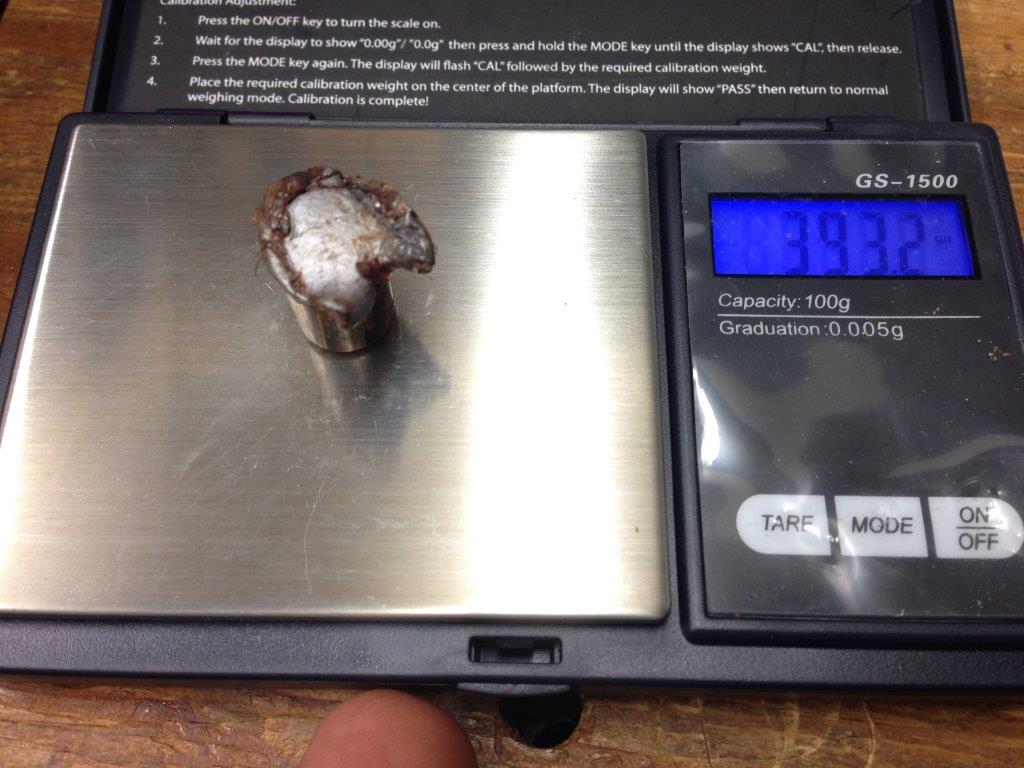 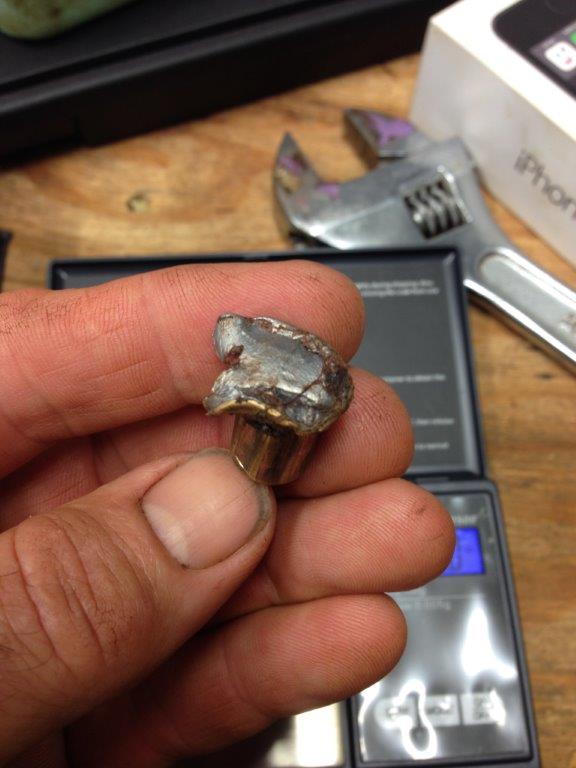 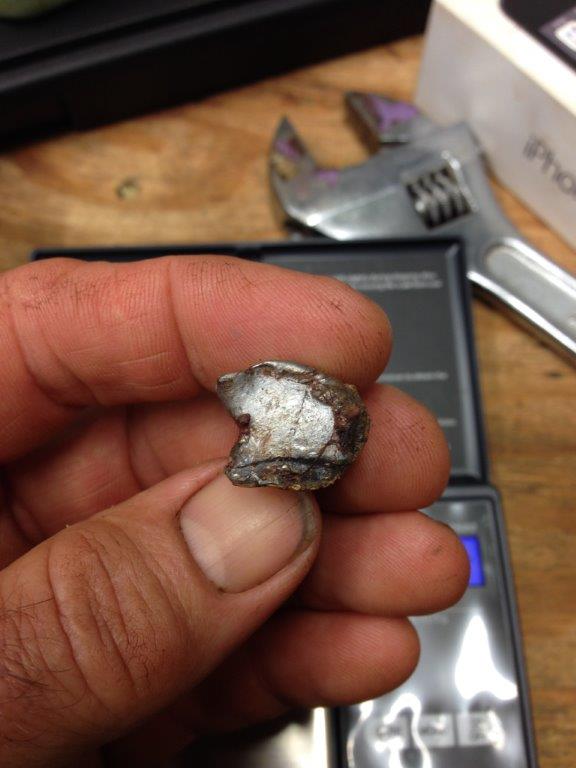 Amazing and those Woodleigh's look to do the business!

Great story!
"Montana seems to be what a small boy would think Texas is like from hearing Texans" John Steinbeck

I reckon I stuffed up the first shot and the Woodleigh 550grner out of the 458WM went High of all things !

Yes the Woodleigh range of projectiles is awesome, I'm a massive fan of Big Heavy Round Nose as the will penetrate and expand beyond expectations
.729 Or Larger

Nice, I was wondering what the shovel was for.
You must log in or register to reply here.