We had just left one of the flood plains after following up a few good Bulls but couldn’t get close enough for a good shot. Heath and I were in front, on the lookout for a meat animal for Caleb’s family, with Ryan and Caleb following. It was bordering on dark & we could only see maybe 30m into the bush and as we rounded the corner, Heath whispered Stop Stop !! and as I looked past him there was a cracker Bull standing just on edge of darkness. Perfect for a meat animal but you know what they say about Best Laid Plans !

Heath was out of the car in a flash, snatching the 458WM as he went and with that the Bull turned to trot away. Barely getting two steps further, Heaths first 550grner took him through the shoulders, the impact of the heavy Woodleigh was clearly visible as I rounded the car with the 416 Ruger as back up.

Heath snap shot another into his shoulder slightly higher up and the Bull stumbled but regained his feet as he crashed through the fallen trees and bush. Ryan was already out of his ute and in chase as well, happy to help out. I was hobbling behind after twisting my knee earlier and what a sight! Two lads with heavy cals going at it in near darkness with only the yelling, crashing of branches and muzzle flashes giving it all away.

With me yelling “ Encouragement “ to Heath as this was turning into a running gun battle, he proceeded to put another 550grner into the Bull, but he didn’t go down. A quick shout out to Ryan and he was into the Bull with his 375HH and 300grn Woodleighs but with the failing light in the bush the first shot took the Bull through the hump almost breaking the spine.

With this the Bull turned to face Ryan in an aggressive stance, but Heaths yelling distracted the Bull and he turned to leave, just as Ryan fired his second shot. The heavy 300grner took the Bull through the Dick !! and with this the Bull Bucked and carried on!! Rounded a tree stumbled and went down, finally succumbing to the initial shots.

Approaching cautiously, Ryan delivered the Coup de grace and we stopped to admire the Bull, he was a cracker at 94 inches, heavy bodied and well fed.

We were now in total darkness only lit up occasionally by the incoming lightning storm. Under torch light we returned to the car and retrieved all our butchering gear. With the four of us it didn’t take long to remove all 4 legs, fillets, chuck and brisket, leaving stuff all behind. But PHK it was hot, humid and the Bloody Buffalo flies were amazing !! We were knackered and sweat soaked by the time we were done. Stuffed but rewarded for our efforts as Caleb’s family will be well fed for a while and Heath got to take a cracker. 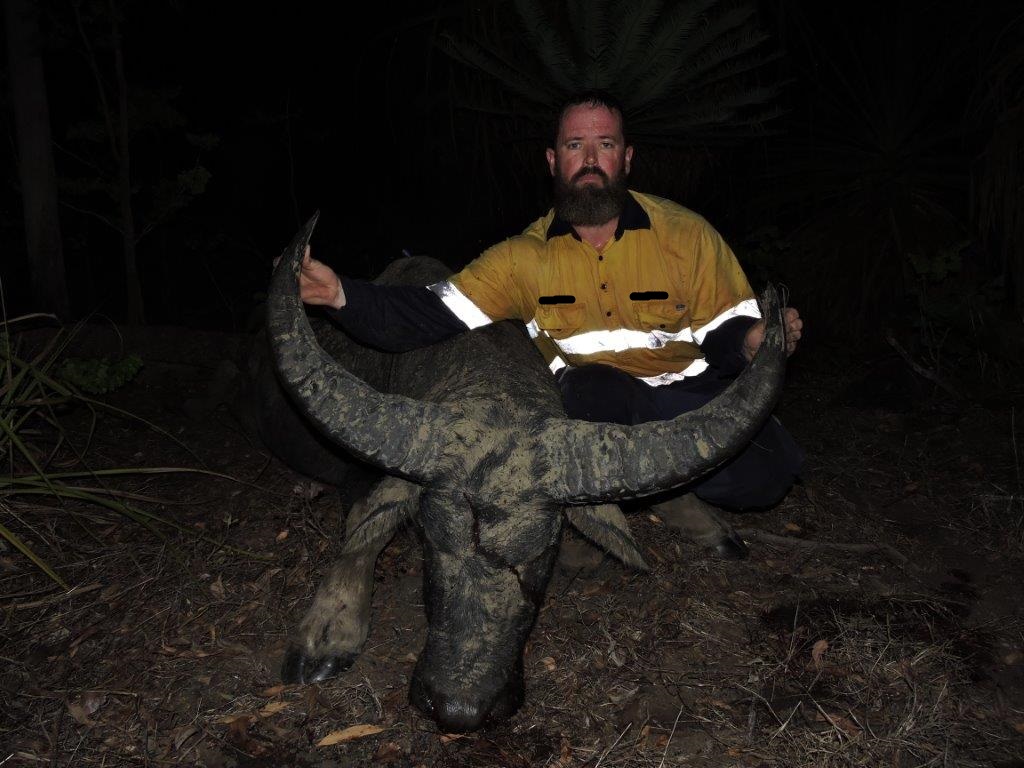 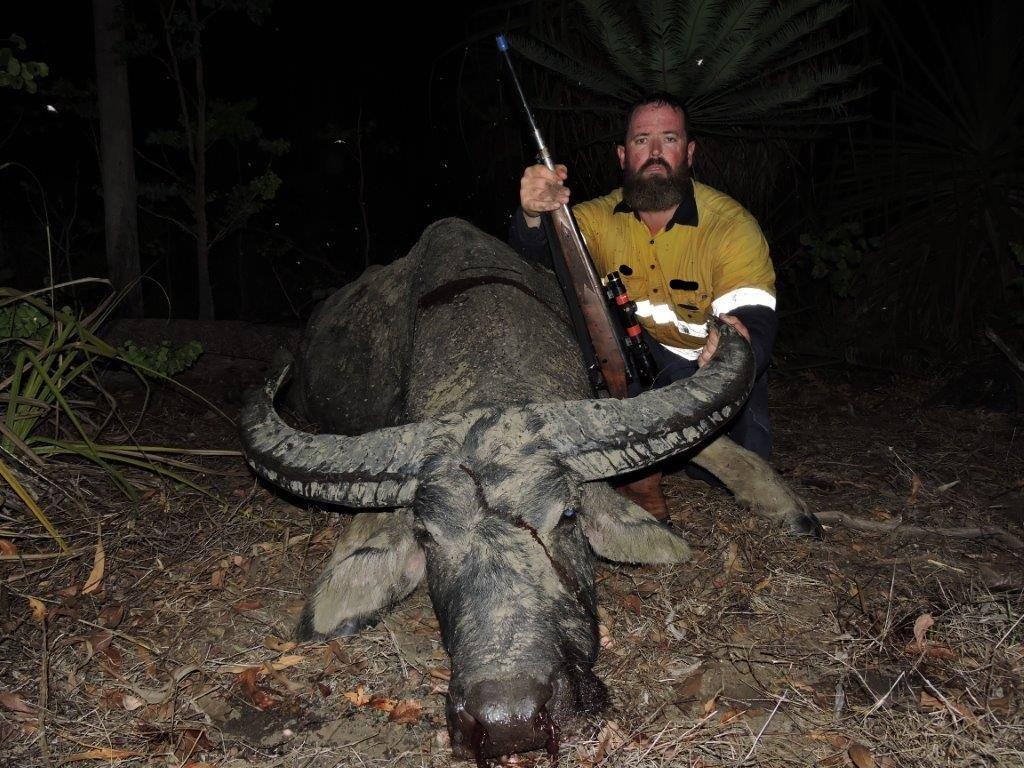 Nice bull, congrats and thanks for sharing!
John 3:16

Great bull!
"Montana seems to be what a small boy would think Texas is like from hearing Texans" John Steinbeck

I’m impressed you guys are able to save the meat in the heat.
Well done. Thanks for the tale


Do share some pictures of the area and cover you are hunting.

I'm enjoying these buff stories that your posting. Sounds like a lot of fun. Beautiful bull. Congrats
Bruce

BRICKBURN said:
I’m impressed you guys are able to save the meat in the heat.
Well done. Thanks for the tale

We try and keep the meat as cool as possible, wetting it down and covering it with wet cloths helps

I get the skin off as soon as possible as well 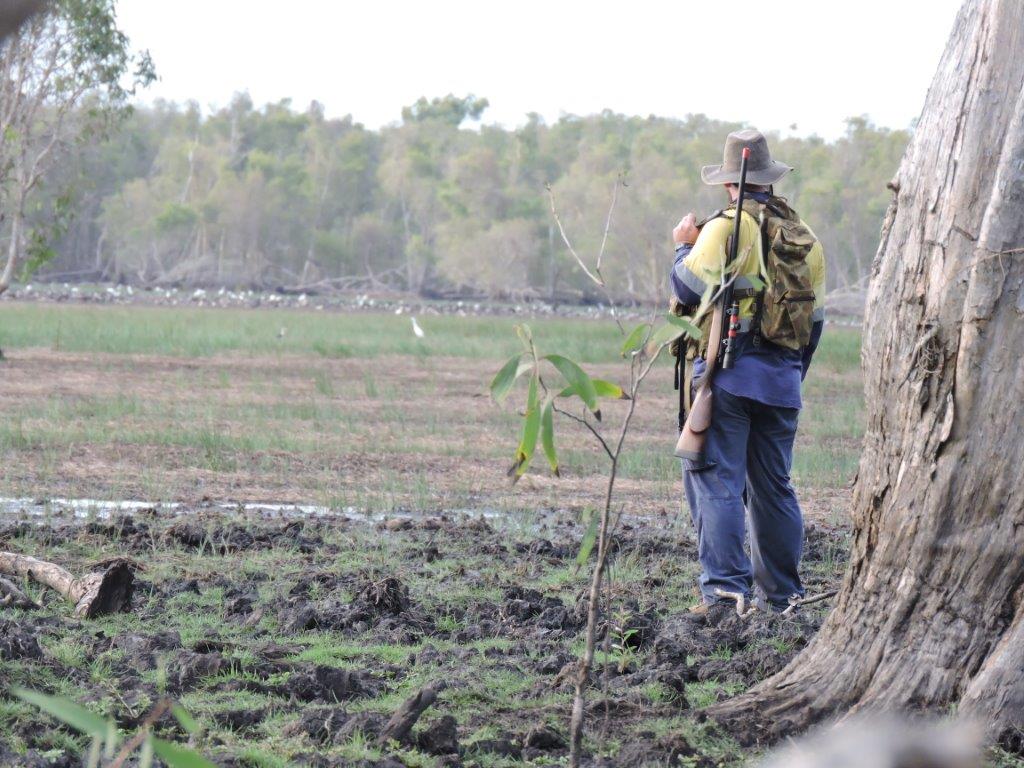 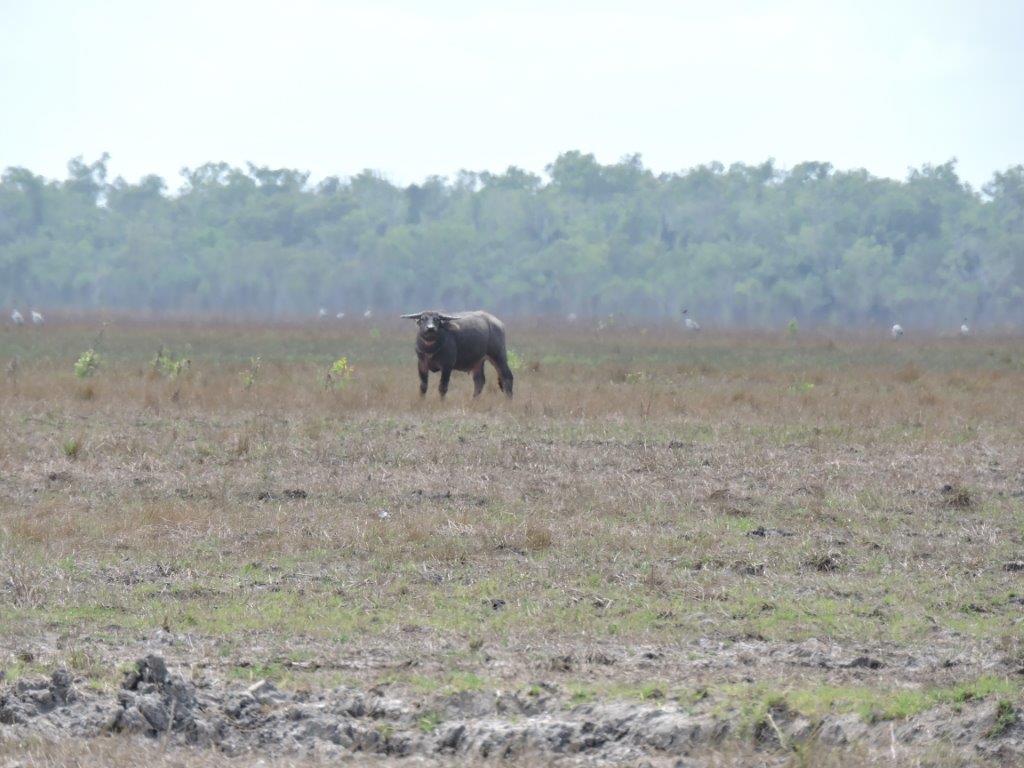 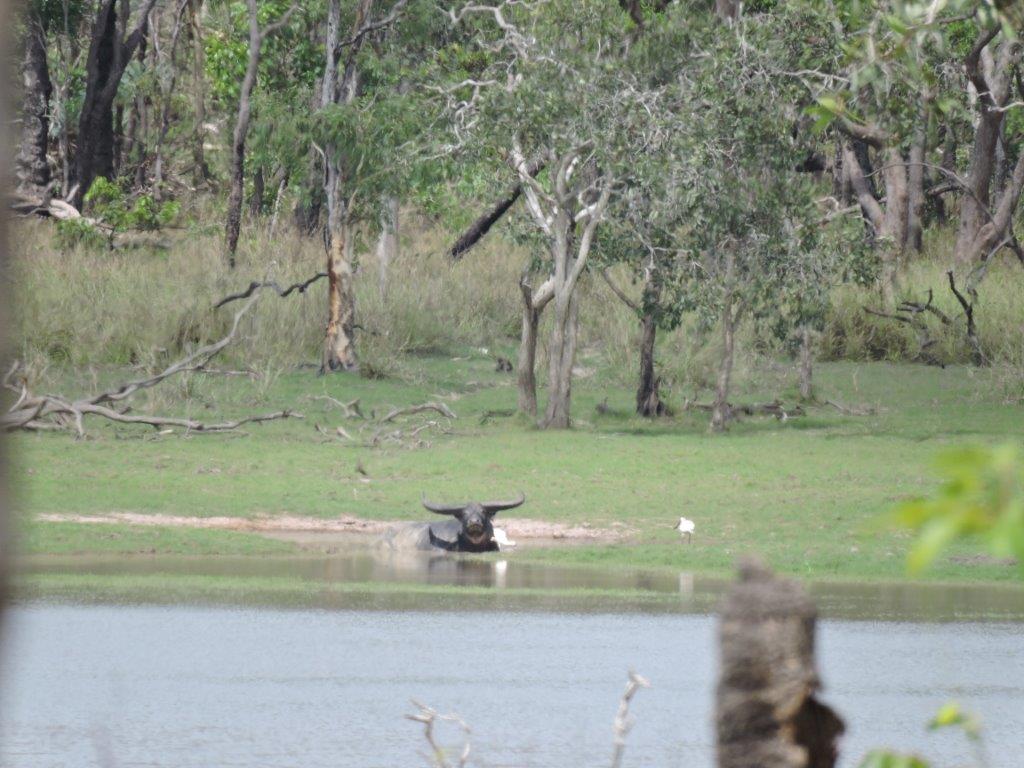 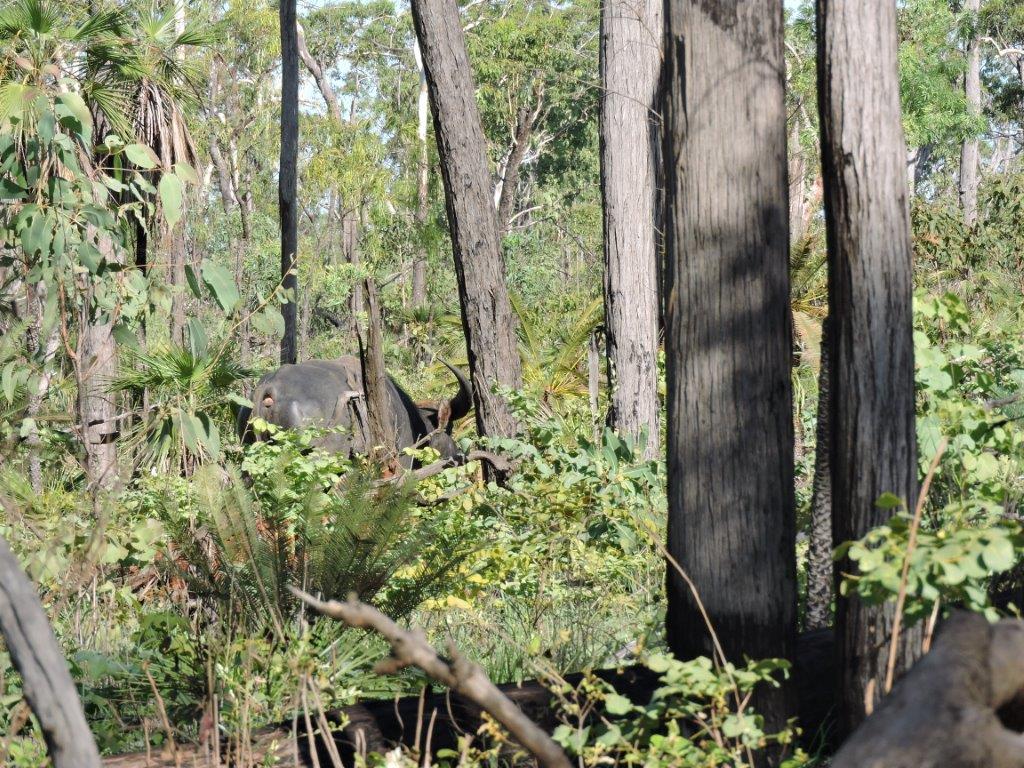 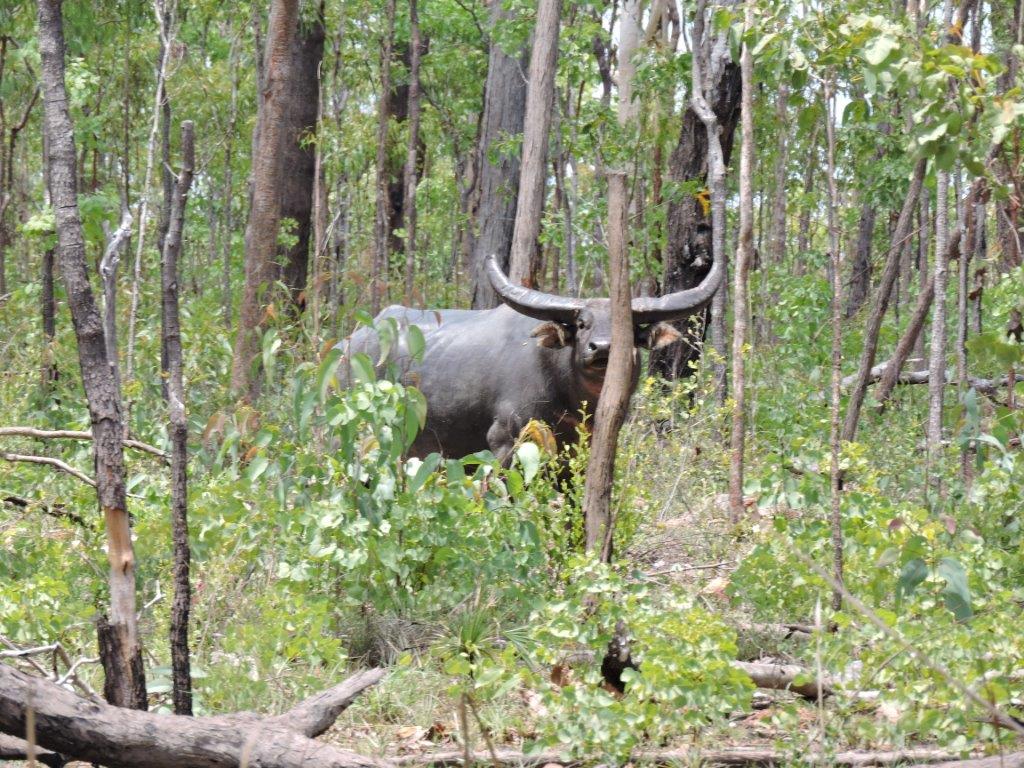 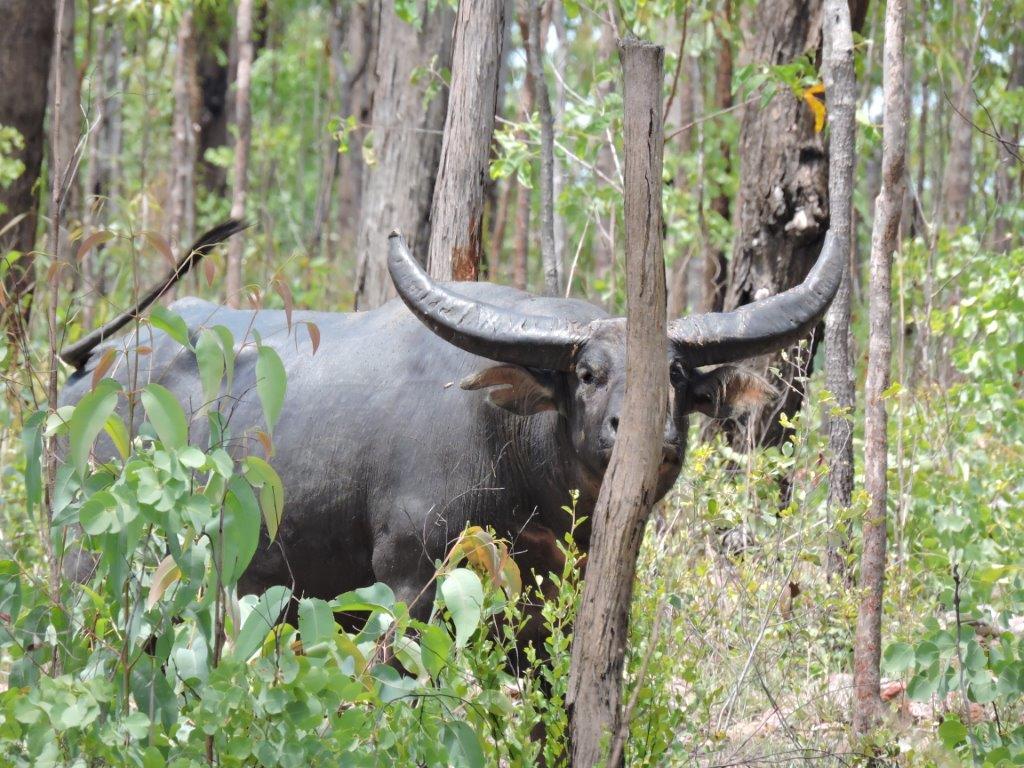 Great photos of some fine beasts!
Africa on my mind.

That last Bull was a Monster

We left him unhindered
Great to see these Big Boys
.729 Or Larger

Definitely a monster of a bull! Quite handsome!
Africa on my mind.
You must log in or register to reply here.