Thanks for sharing the report! Looks like a great time
John 3:16

I did that hunt from 1984-1987 while on spring break in Ft Lauderdale, Fl... Quite a large population of animals migrate there in March. Like the big herds of wildebeest in the Kalahari.

I bet!!!! Yes those were the good old days.... But I find a healthy population that have become resident in my hood.

Gonna have to read it all .....but gotta go for supper ...what I did read is great !
Glen
GOOD LUCK AND PLAY SAFE !
T

Thanks for sharing a great time. I can't help but notice you drive thru some very barren land. How far do you get from a gas station? Might sound a bit silly but that looks to be some very lonely land. Thanks again Code4, very nice of you to take us along.
The bravest are surely those who have the clearest vision of what is before them, glory and danger alike, and yet notwithstanding, go out to meet it.”
-Thucydides
Tolerance is the virtue of a man without convictions.

TallGrassHunter said:
Thanks for sharing a great time. I can't help but notice you drive thru some very barren land. How far do you get from a gas station? Might sound a bit silly but that looks to be some very lonely land. Thanks again Code4, very nice of you to take us along.
Click to expand...

Hello Tall Grass. From Winton to the last fuel station is 340 km. I fill up the truck's tank (65 litres) and then drive 50 km to the front gate of the station (ranch, property ... whatever). I take 160 litres of fuel with me in Jerry cans onto the property and 100 litres of spare emergency water. Access from front gate to our camp in th top 2/3rds of the property is a 5 hour drive (no gates) and only by 4x4 or off road motorcycle.

When I am down to my last 40 litres of fuel we head out. Alice springs is 700 km away so we are Waaaay out ...... the property is approx 660,000 acres. If anything happens to us medically we have to drive out ourselves though the flying doctor from Mt Isa has three places they can land on dirt strips if we can contact them via the station house. It is quicker to drive out. We take a comprehensive medical kit including fluids (I'm a paramedic) and smoke flares. I never go alone.
T

It is a bit difficult for me to have a perspective, but certainly seems like your pictures conveyed the correct impression, very remote. I put a lot of value in getting far away from it all, very special time for me, so can imagine the peace it must bring you to make such an effort.
Last edited: Mar 23, 2016
The bravest are surely those who have the clearest vision of what is before them, glory and danger alike, and yet notwithstanding, go out to meet it.”
-Thucydides
Tolerance is the virtue of a man without convictions.

Code4 said:
Due to work commitments my hunting has devolved into one trip a year and as posted on here annually, I go Camel culling in far west Queensland.

I have taken my son in the past, however he has enlisted in the regular army as a combat engineer and has found some young tasty female naval rating to spend time with so our hunting days maybe over. This year forum member John Foxwell and I headed out with our 7x57's to try out luck.

The rig loaded heading for Winton. 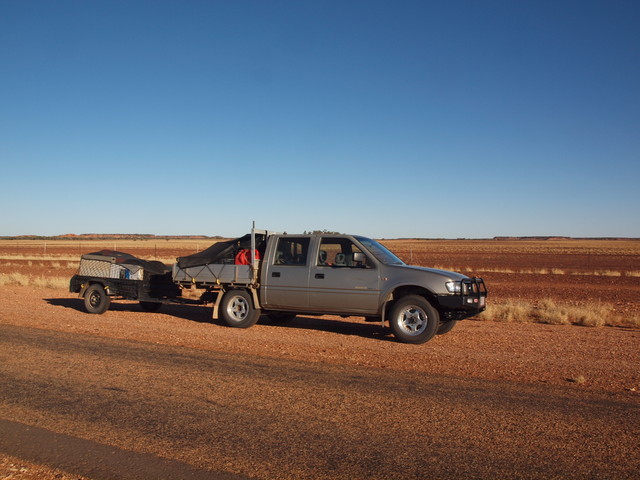 One of our objectives was to visit the extensive Dinosaur exhibits and museums around Winton. Winton is a typical outback town that has cashed in on the grey nomad (retired persons travelling around Oz) by promoting the massive number of dinosaur finds made in the area. It is the birthplace of QANTAS and the location for the penning of the balad 'Waltzing Matilda'.

Day two: Fooling around with a lifesize bronze of AUSTRALOVENATOR WINTONENSIS "BANJO" an ambush predator at Winton. It could reach 35kph in two strides. I originally thought it was a Velociraptor but found out that Velociraptors are only the size of chickens. 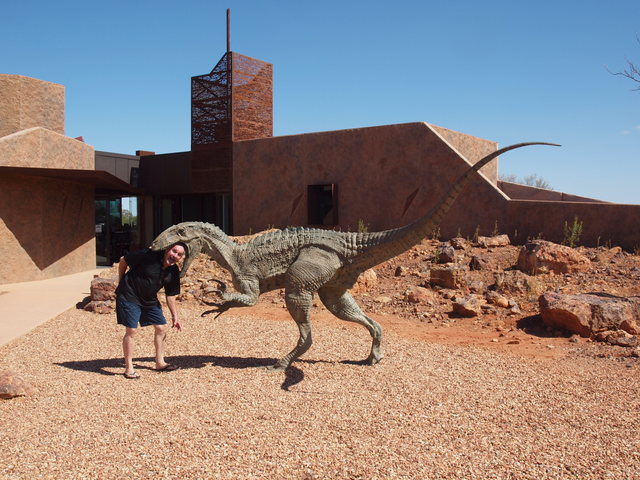 We arrived at the property to find the property cook had cut her hand in the kitchen so my Paramedic skills were once again put to use. We then made for camp. Despite having hunted here four times previously we still took a full day to find our camp spot.

First blood to Foxxi with a nice bull taken with the Winchester featherweight and Norma factory 154 Spt. Sp's. 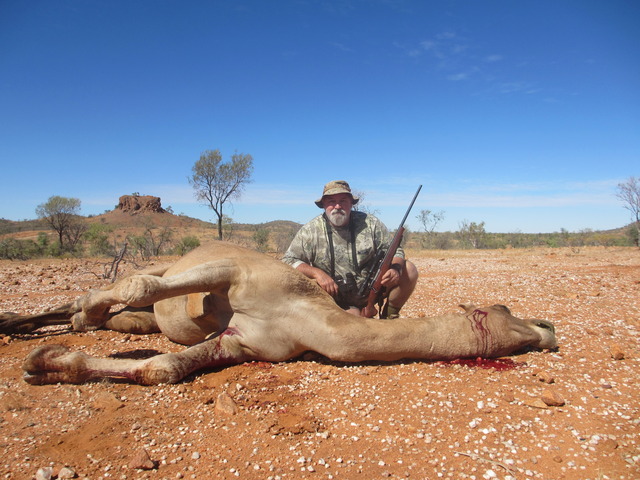 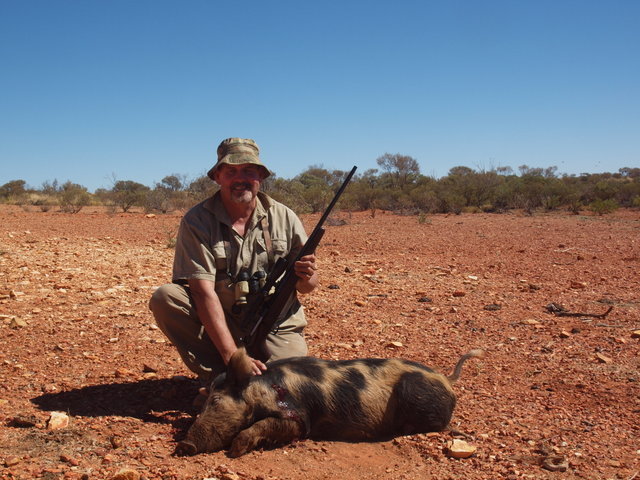 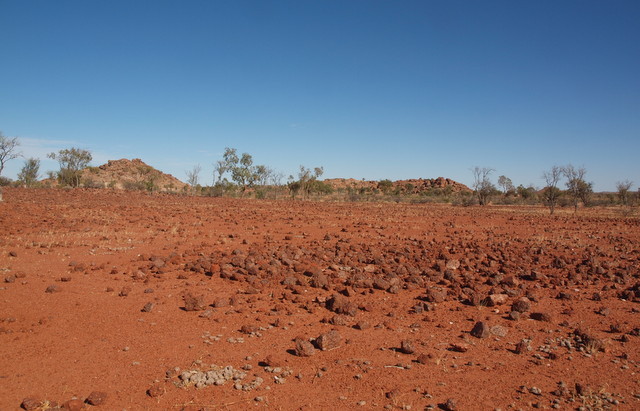 Wild dogs are abundant and very cunning. We saw more spoor this trip than on any other. 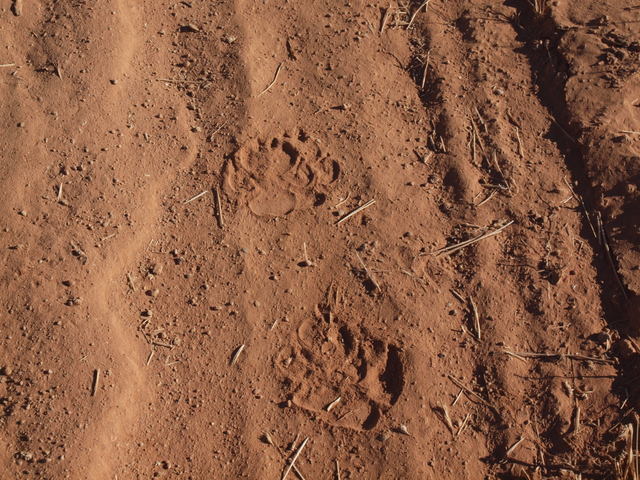 One advantage of having Foxxi along, is he is a bit of a chef and offered to take over all cooking. Here are a couple of steaks cooking over hardwood coals (gidgie wood) while we enjoyed a rum (or two, or three, or four). 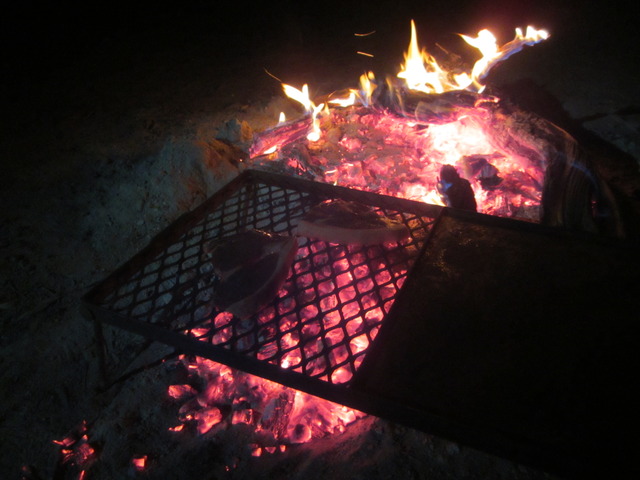 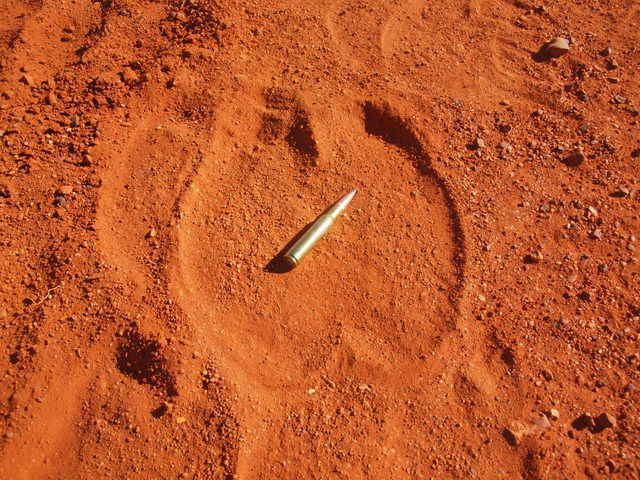 Being both over 50 yo we don't exactly like squatting in the bush so we take Foxxis portable 'shitter' with us. The official camp camel shitter was an early casuality however, when it fell of the back of the truck splitting the top. 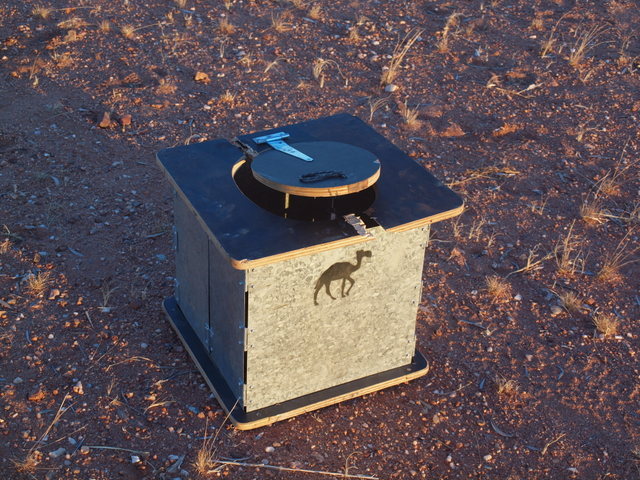 We ended up with Foxxi taking 6 camels and myself 4. Here you can see me in the forground with my custom 7x57 taking a shot at a camel to the right of the brush. Foxxi had just nailed the breeding pair and two 'askari' males were left. In the photo you can see smoke from my muzzle drifting off to the right and the 'flair' on the front of the camel is actually the dust flying off the chest post impact of the 135 grain custom mono metal projectile I was using. I finally got both males with three shots each. 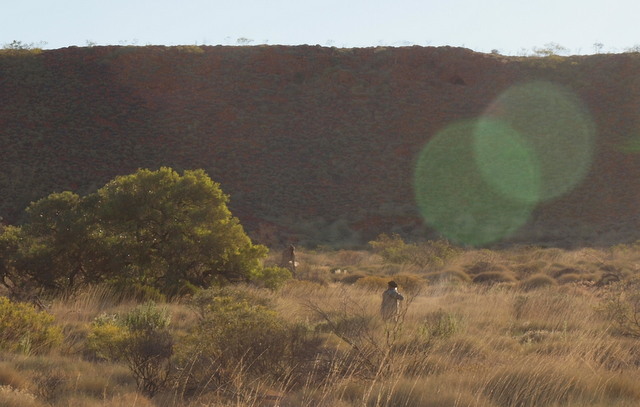 One of the feral pests down to the 7x57. Look at the size of the head. He would have made an impressive euro mount. 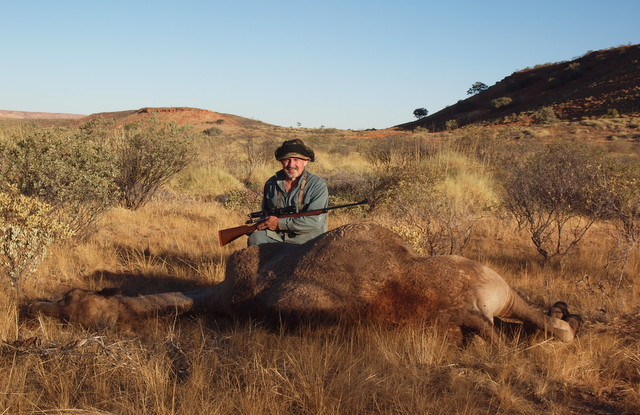 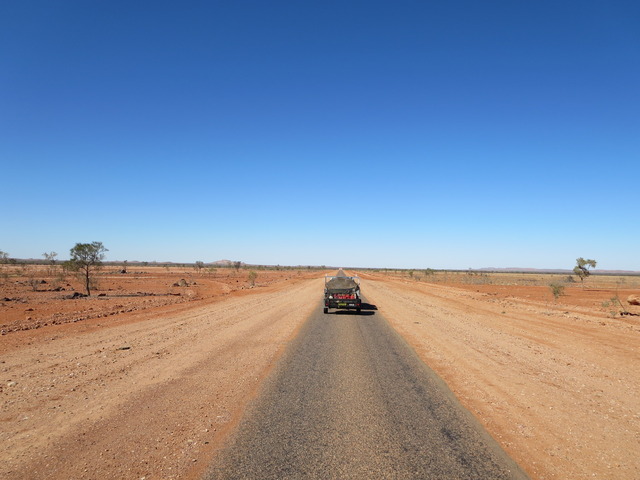 That night we got back into mobile phone coverage and made contact with loved ones.

The return trip wasn't without incident. A roo strike on the side of my twin cab left a bit of a mess. It's head was struck by the leading edge of the aluminium tray. Twin cab = 1, Roo = 0 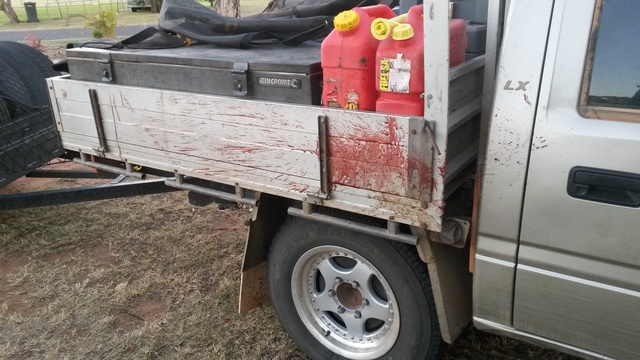 Despite spiking two tyres on the trip it is always worth getting out there, away from the modern age and enjoying the outback.
Click to expand...

@Code4
You have great tastes in after hunt beverages, Bundy.
Hopefully you took a few spare chains or a sharpening tool for the saw. That Gidgegannup wood is as tough as hell and hard on chains. It's akin to cutting a rail line with a file.
You need to pack lighter or put some helper springs or airbags under the arse of that dual cab. It sitting pretty low in the back.
Winton is an amazing place that people don't realise the amount of things to do around the area.
The dinosaur museum is unreal and the jump up gives amazing views around the area.
Bob

@BWH
That can be some very very dangerous game if you get spung by the wife.
At Bondi Beach there's an abundance of wildlife in the summer season. The best ones to observe are the pink tipped double breastfed mattress thrashers ( topless female sunbathers). They come in a great array of shapes and sizes and can be observed displaying their plumage in the warmer times.
Bob
You must log in or register to reply here.

AUSTRALIA: Sinking The Ships Of The Desert - Hunting Camel In The Australian Outback