Well it’s been awhile between meat Bulls and the freezers have been empty for too long.

Last few trips have had us come home empty handed, due to the seasonal rains and long grass the Buff are just not moving around.

But this trip was different,

Beautiful cool morning start at 0430 with the usual 5 coffee heart starter and a Ute pack in morning’s darkness, we were off down track.

Working our way down the little billy goat track, the fresh tracks and sign of Bull scrapes were everywhere, bloody good sign for the season to come.

Rounding the bend we spotted some movement out about 50m, a small herd of Buff cows were feeding in the bush. At first glance no Bulls were there, so MJ let out a call to make sure. With this, we watched as a Bull raised his head to see what the Fuss was about. From where we were he looked impressive and definitely a candidate for the freezer.

I pushed forward in behind some low bush, keeping the bush between me and the Bull. Only one horn was visible from where I was, at around 25m, so I turned to MJ and motioned for him to call again.

With this the Bull squared up to us with his head in full view. PHK he was impressive at this range. Front on head shots aren’t the best but that’s all I could see through the bush.

At this distance the Bulls face filled the Old Vari X scope set on 1.5, not wanting him to spook with my movement, I slowly touched of the 458WM with 550grn Woodleigh RN SN. With the blast the Bull’s head was driven back and instantly dropped out of sight. PHK PHK !!, I lost sight of him and from experience I’ve learned not to underestimate these Big Mature Bulls.

A quick dash and crash through the sharp thorny bushes and I was on him, I could see the Big Heavy Woodleigh had caught him under the left eye, at that range the projectile would have been still going well over 2000fps and hit like a freight train. MJ approached to help out if need, with his 404 Jeffery at ready, with this the Bull got up to his feet !! PHK PHK !

Now at less than 3 metres the sight of him getting up was impressive to say the least ! Now pretty sure I farted just before I snap shot him through shoulder and down he went again. Both of us laughed expecting the Bull to quickly pass away after that shot, but he got up to his feet again, but lucky he toppled over and with this I put another 550grner down through back of his head and that was that. He was a very impressive Bull and maybe my best so far.

Finding a path through the bush we made our way back to the car and managed to crash the V8 in nice and close to make the meat recovery easier. It was beautiful, cool and shady. Probably the best position we’ve had so far for butchering a Bull. Unlike the last meat Bull !!

Both of us took a moment to appreciate the Bull for what he is, a true example of a big coastal Bull in his prime, I thanked him for providing for our families. A quick measure with tap before we started, 19” bases and 33 1/2” & 36 1/2” horns. Definitely my best solo to date.

Along the way, while butchering I recovered the projectile from the first shot, it had entered below the left eye, passed out the back of the skull and down through the vertebral lugs alone the spine coming to rest just in front of the right shoulder, almost a metre of penetration and finished at 355grns or 64.5 % weight retention ! Amazing projectiles these Heavy Woodleigh Round Nose Soft Nose. The amount of work the projectile had done is astounding. The third shot projectile was also recovered, it had totally demolished the spinal Atlas and cranial base, coming to rest at base of tongue, and finished at 367grns, or 66.7 % weight retention, amazing.

With the photos all done we took our time and boned the entire animal out, easily filling our 3 eskies to the brim. 2 x 100ltr and 1 x 150ltr, with left over cuts in car fridge. He was in prime condition and between his back straps, chuck and brisket, filled the 150ltr esky easily.

This will all go well to keeping both our families well fed for the next few months for sure.

All bagged up, packet away and cleaned up, we crashed back out through the scrub and on our way home,

I managed a bit of chatter and laugh before I did my usual and nodded off in passenger seat, only to be woken up with MJ ploughing into pot holes on the track, He does it Intentionally I think !! 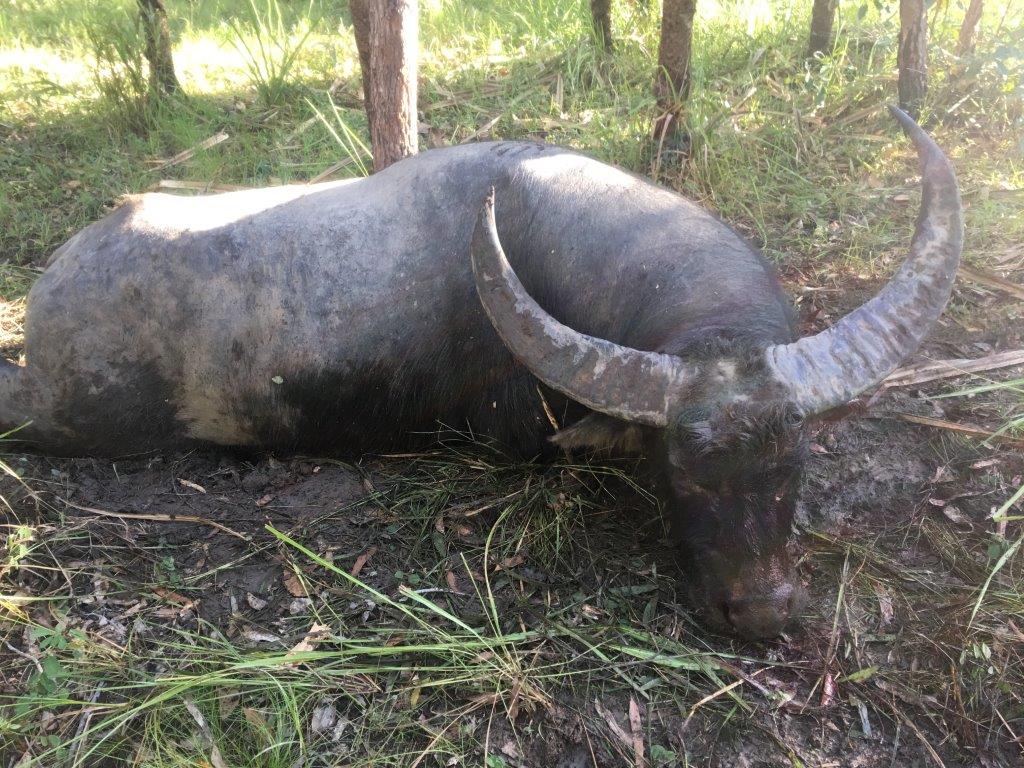 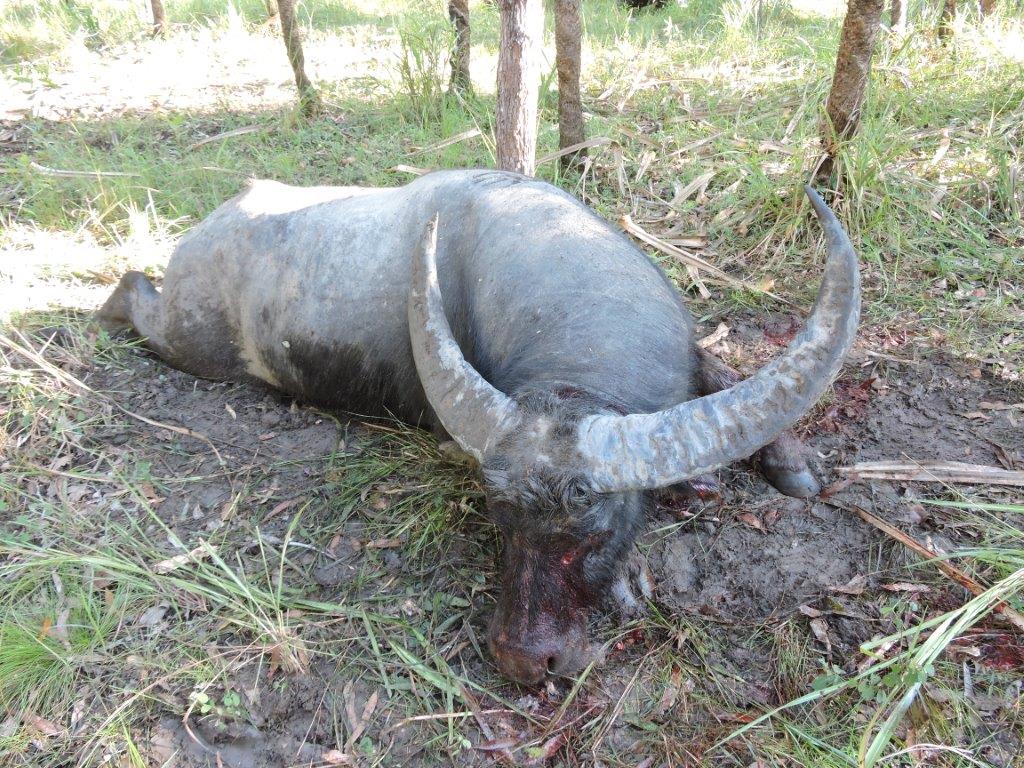 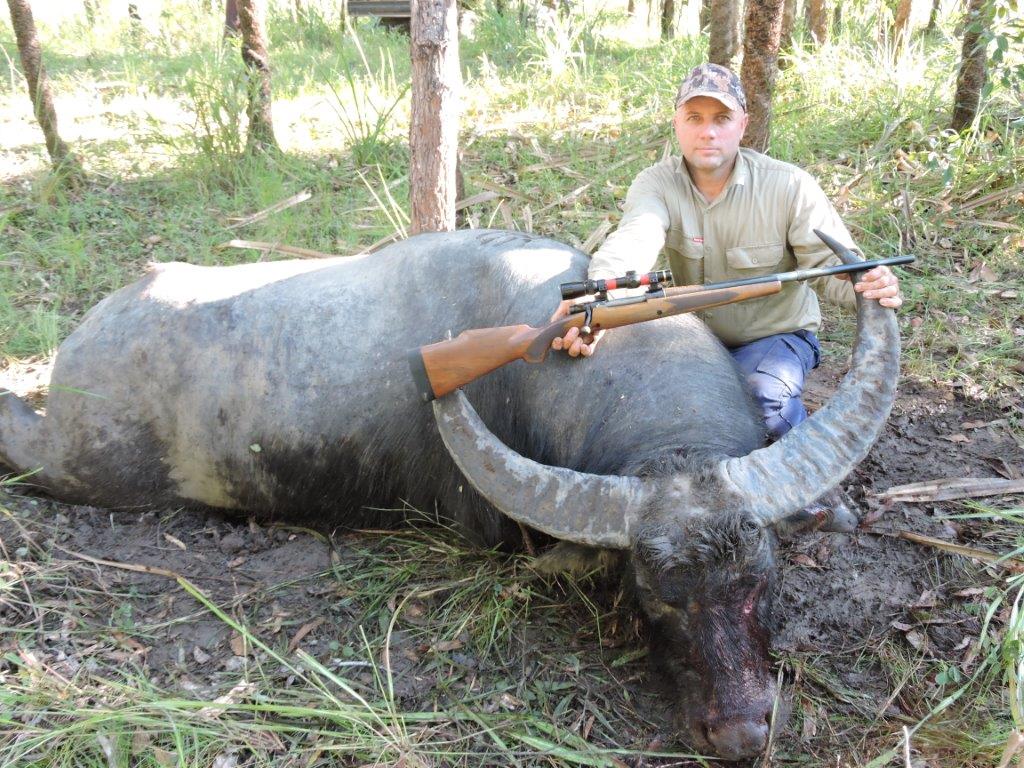 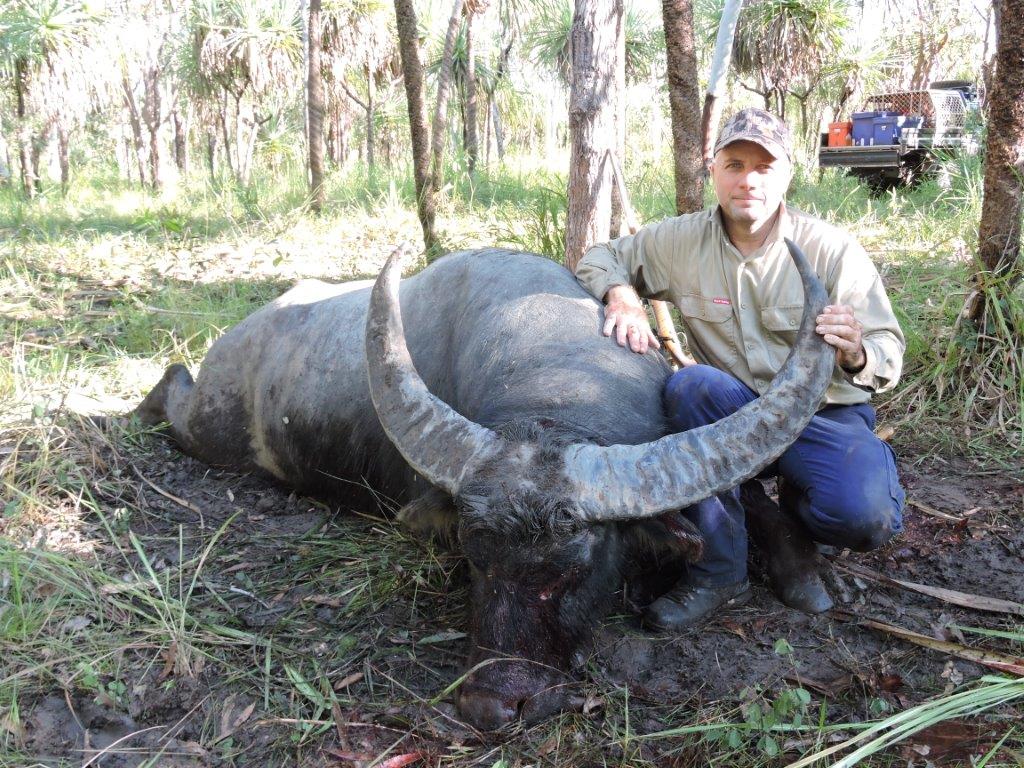 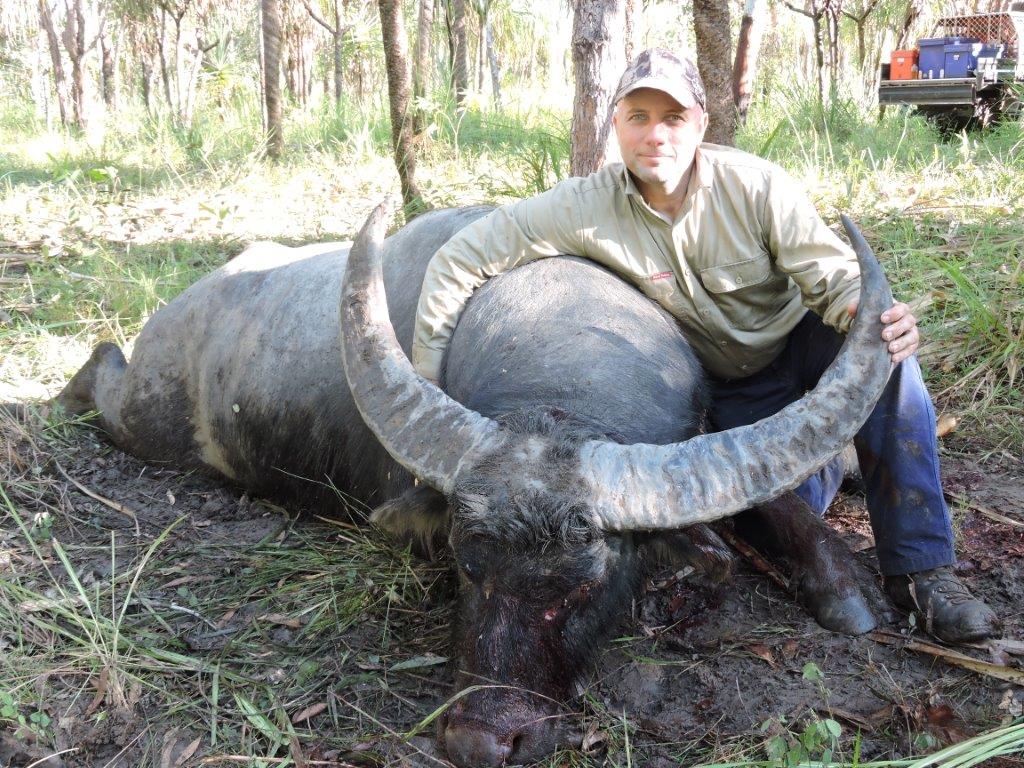 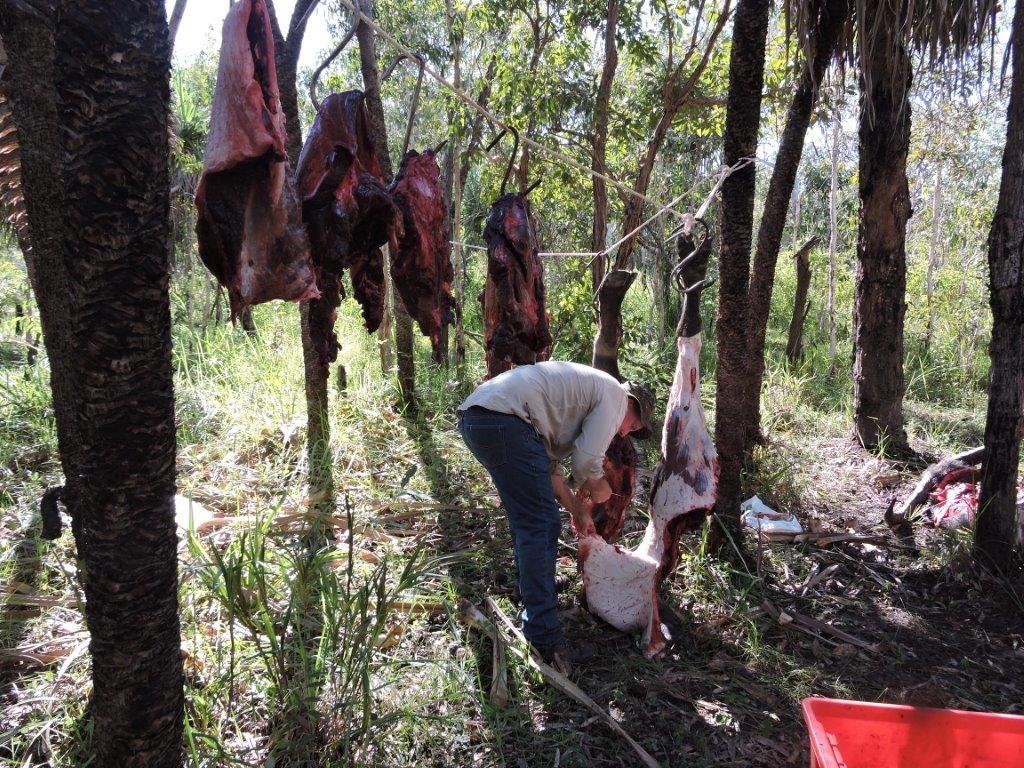 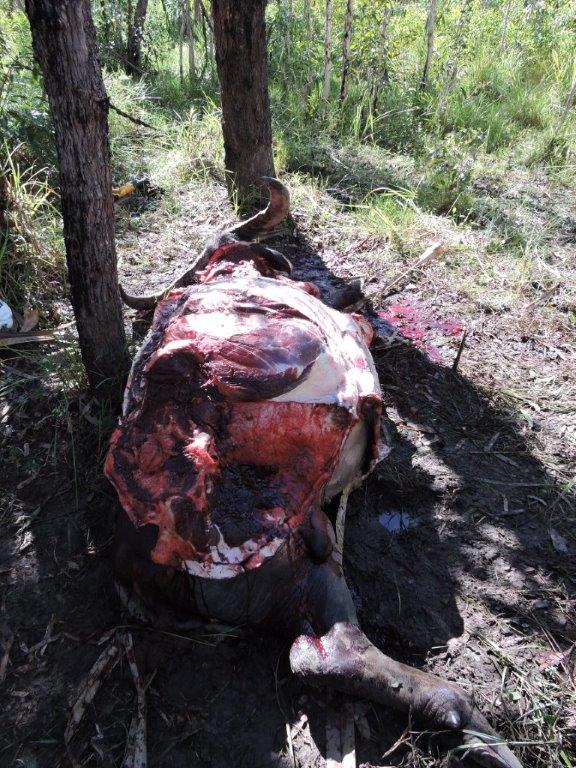 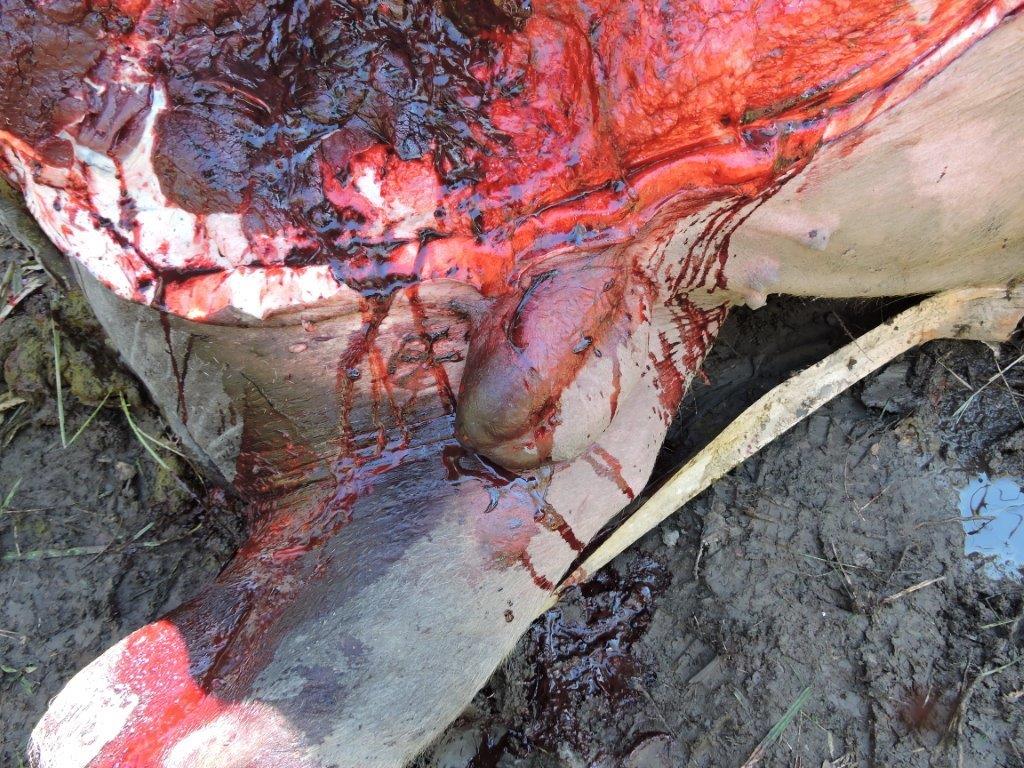 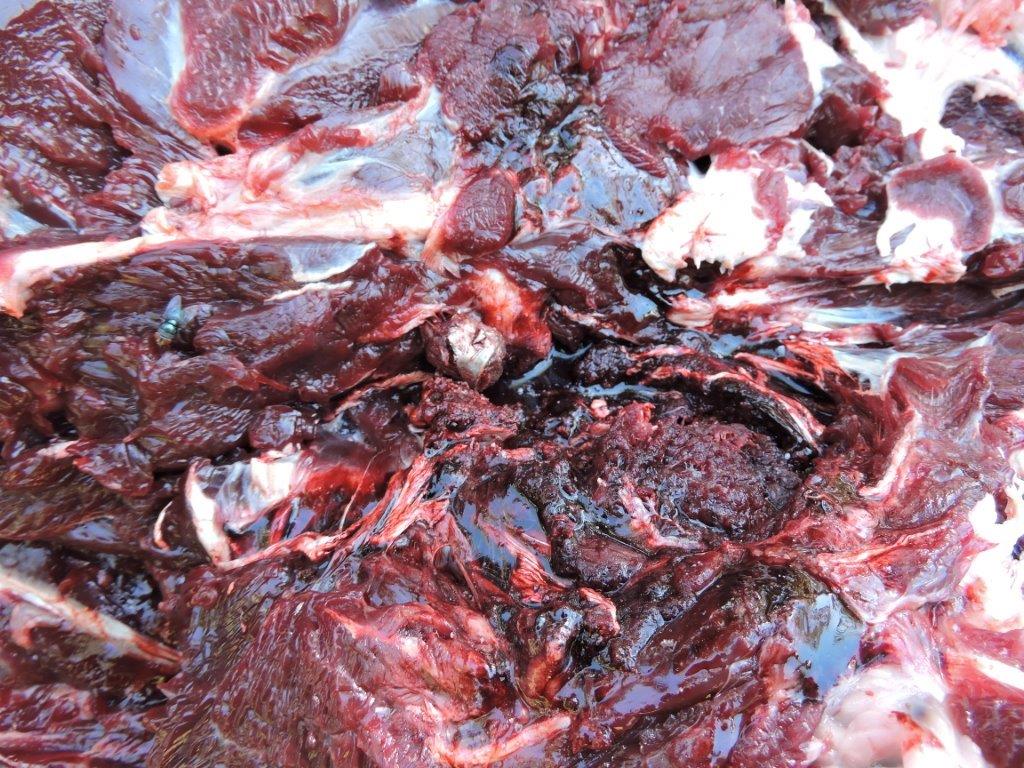 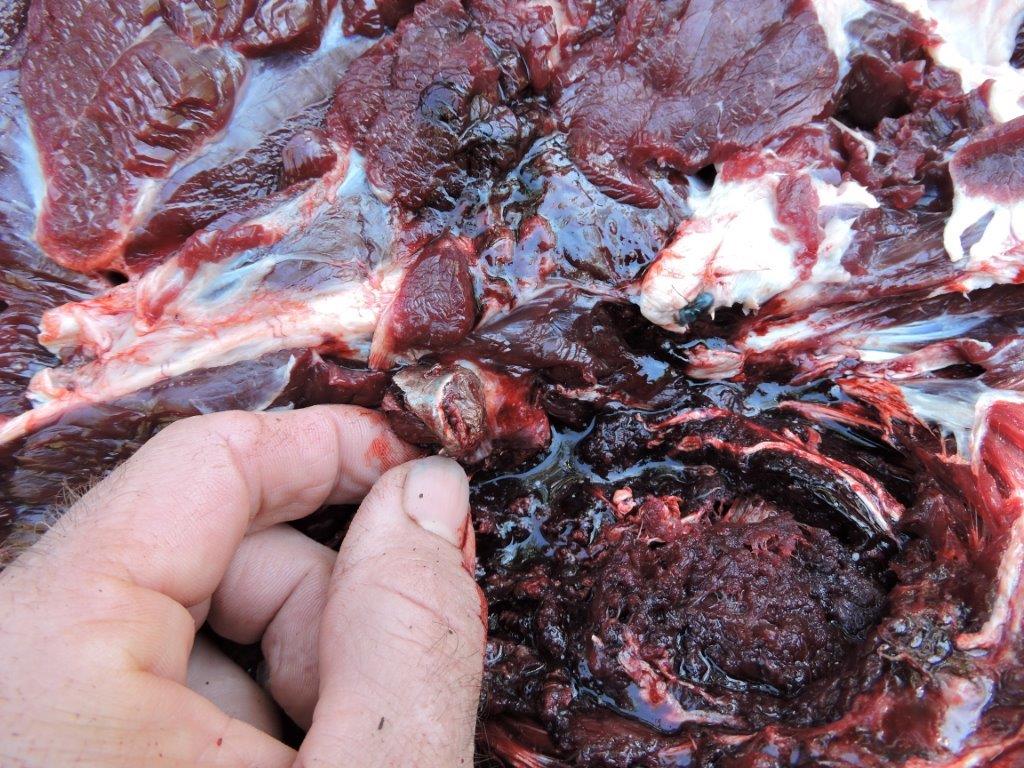 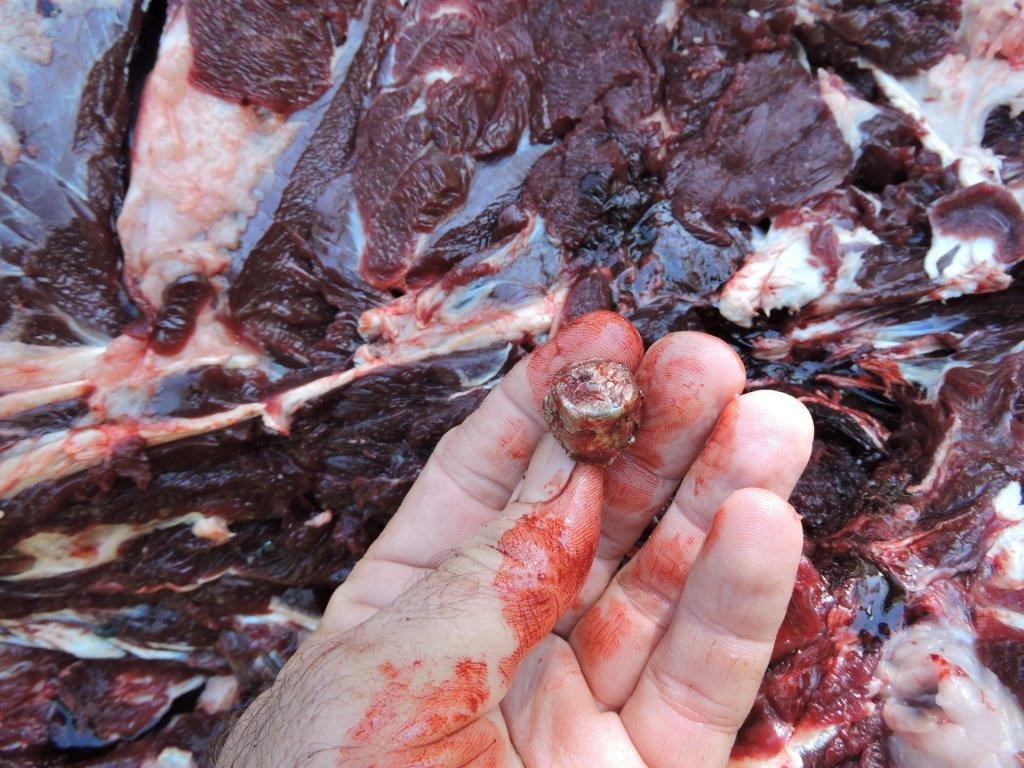 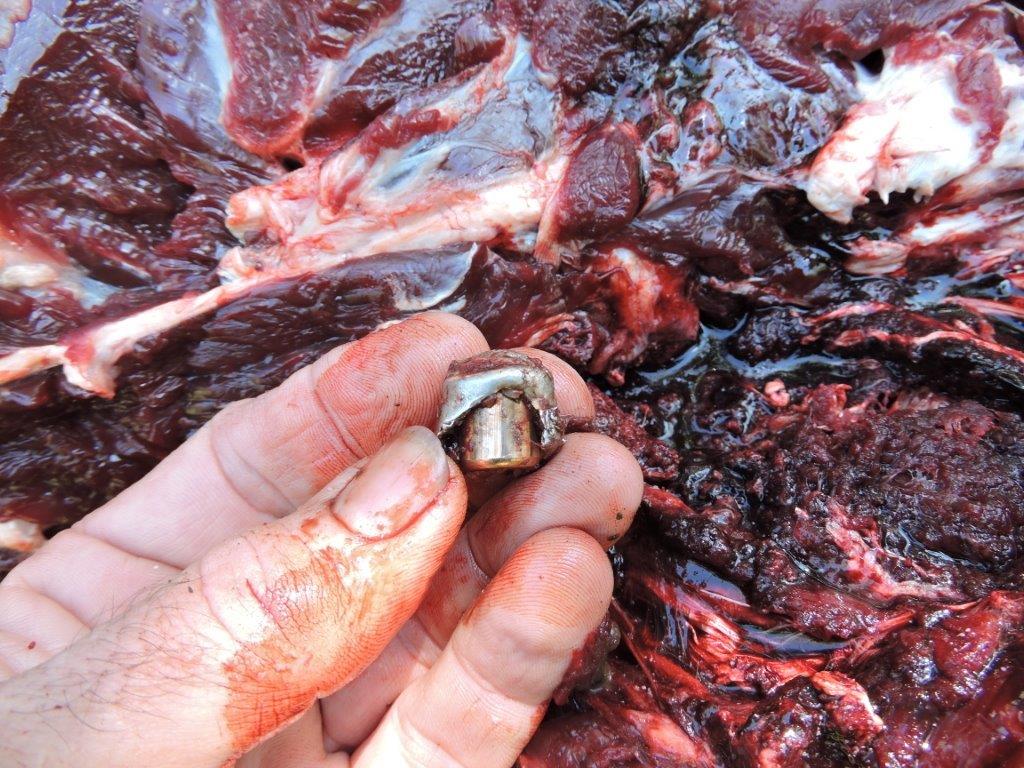 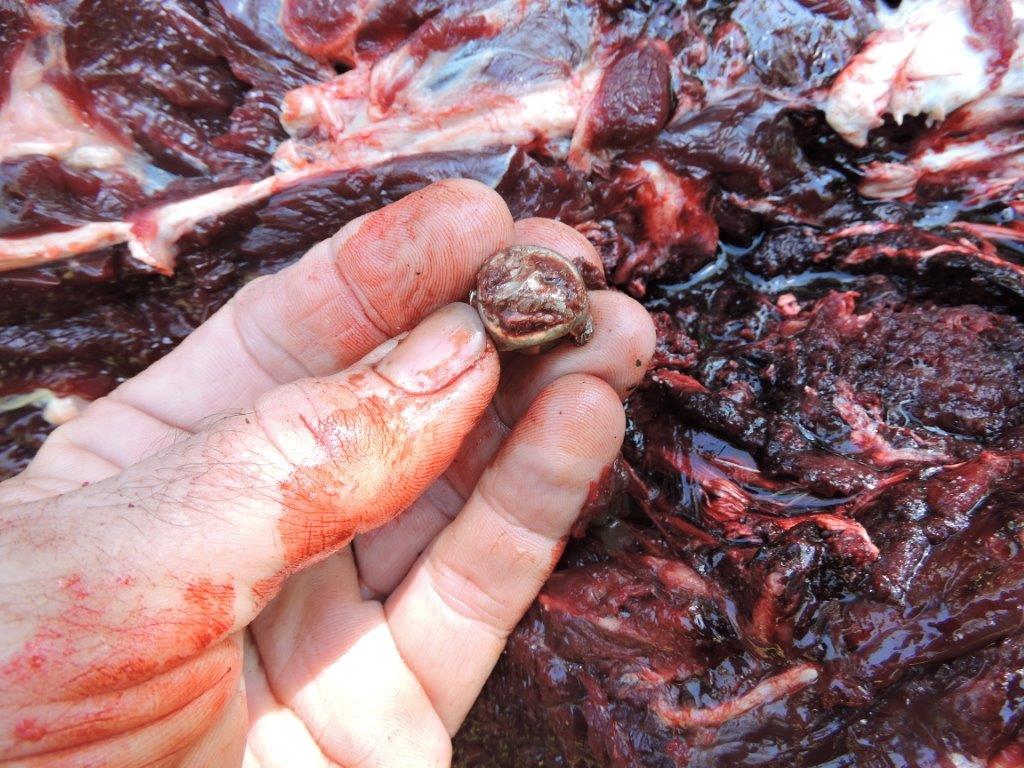 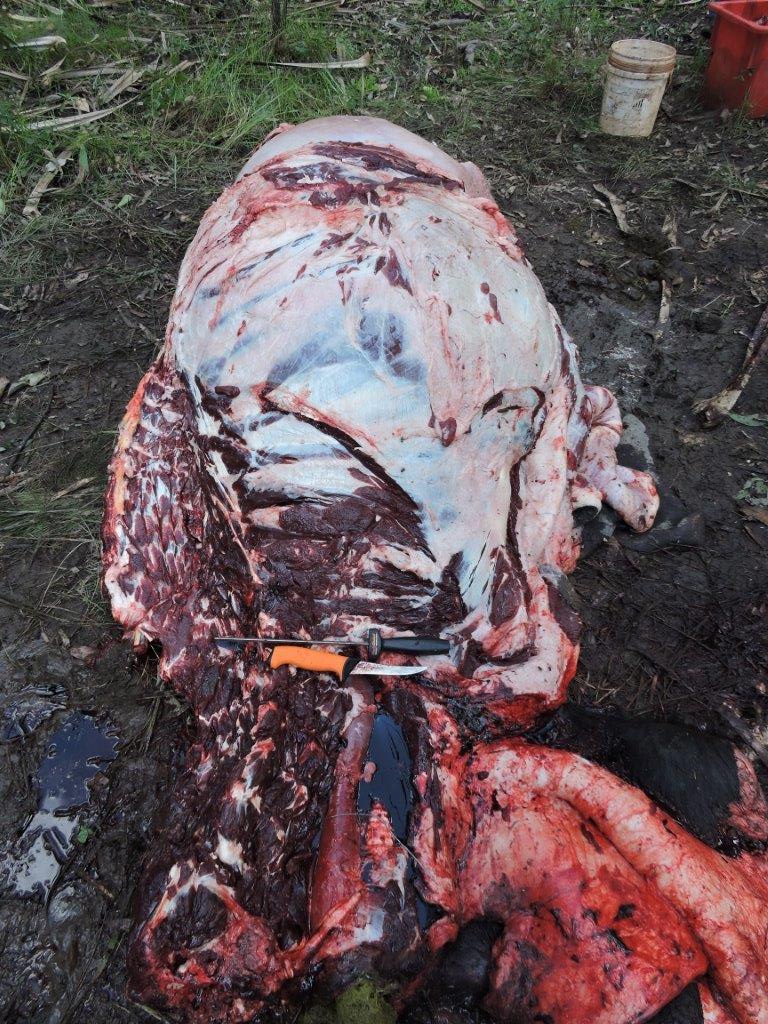 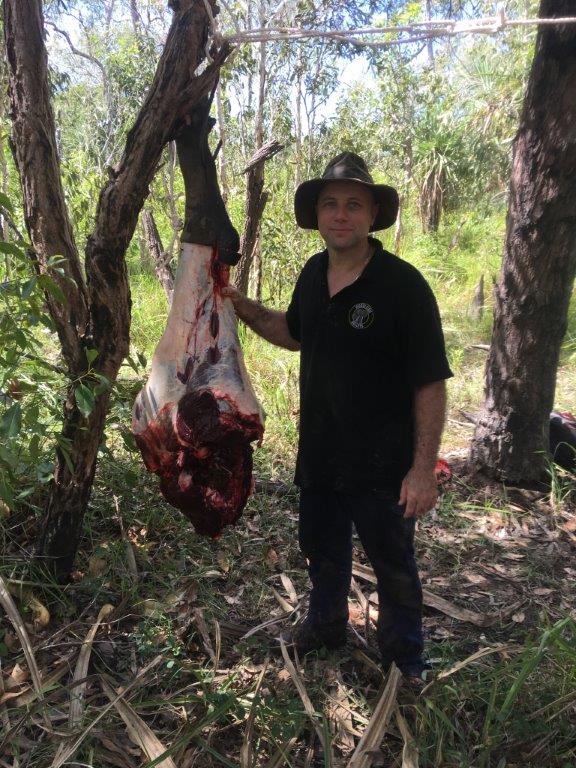 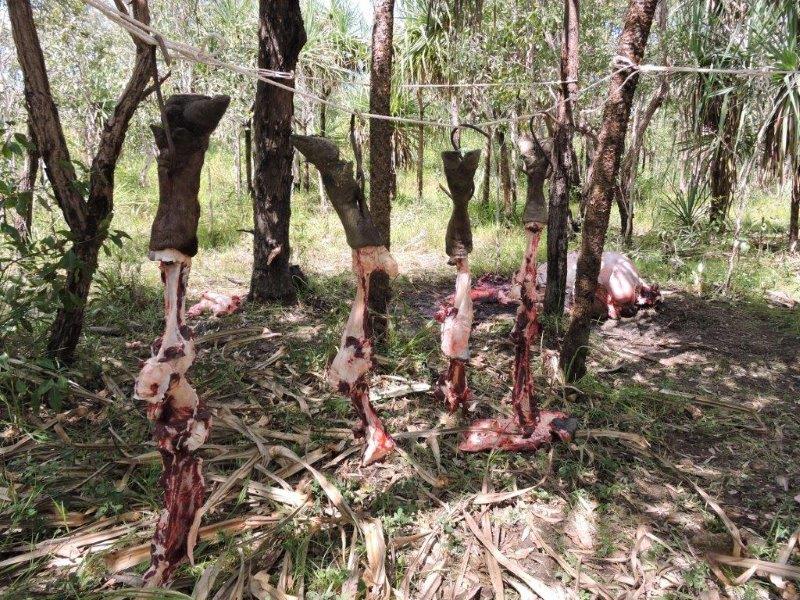 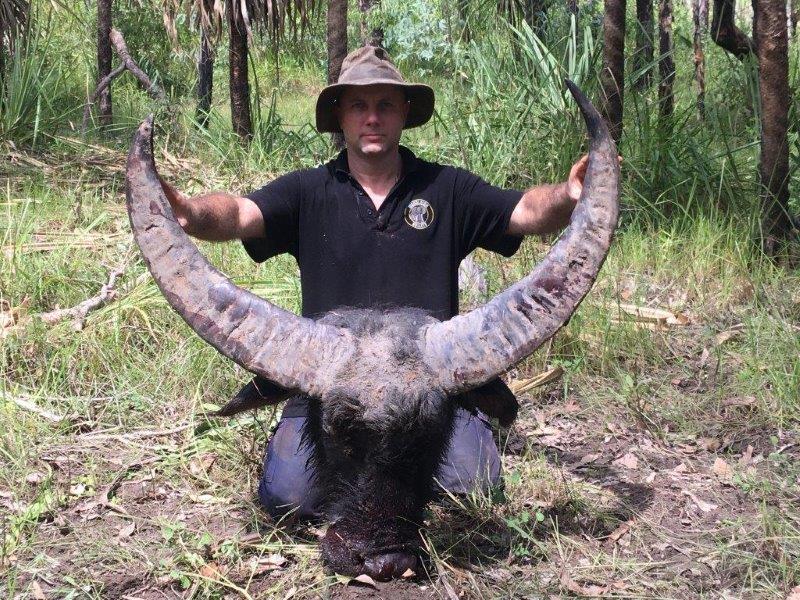 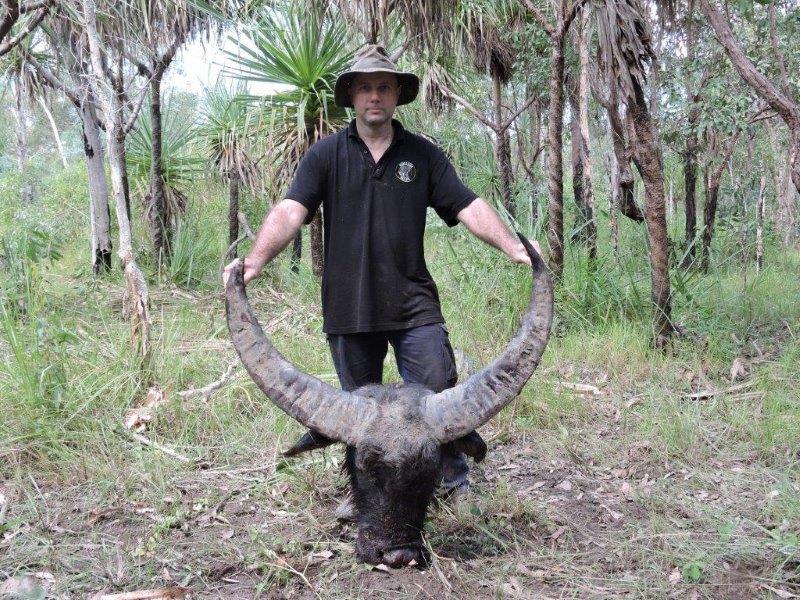 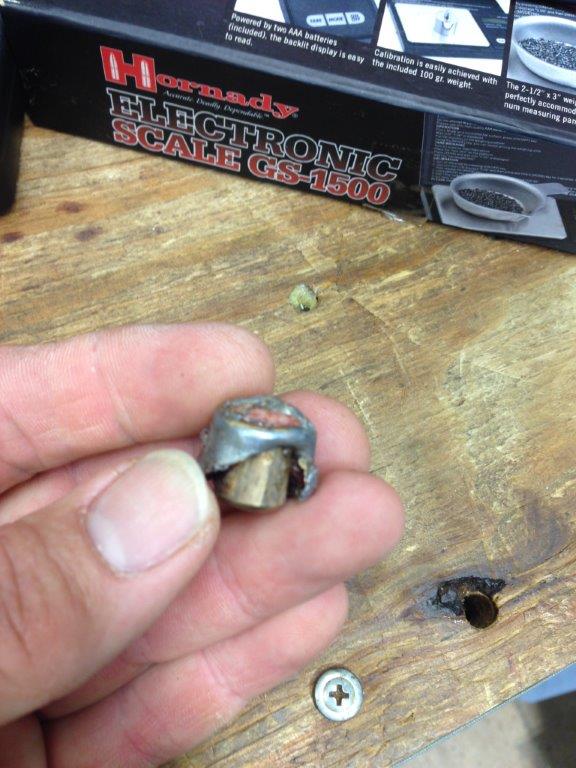 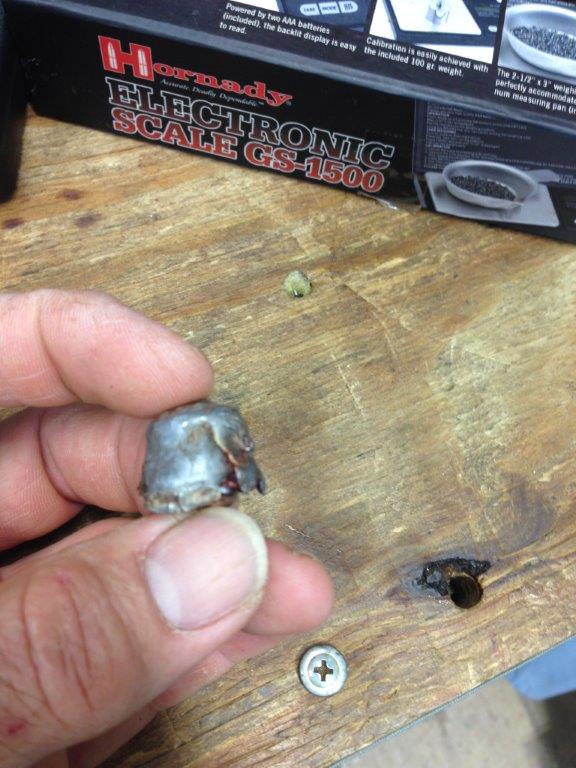 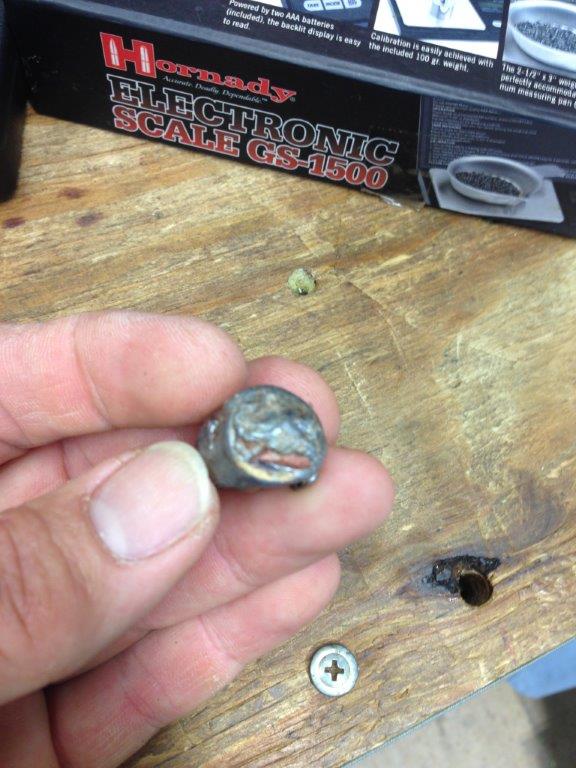 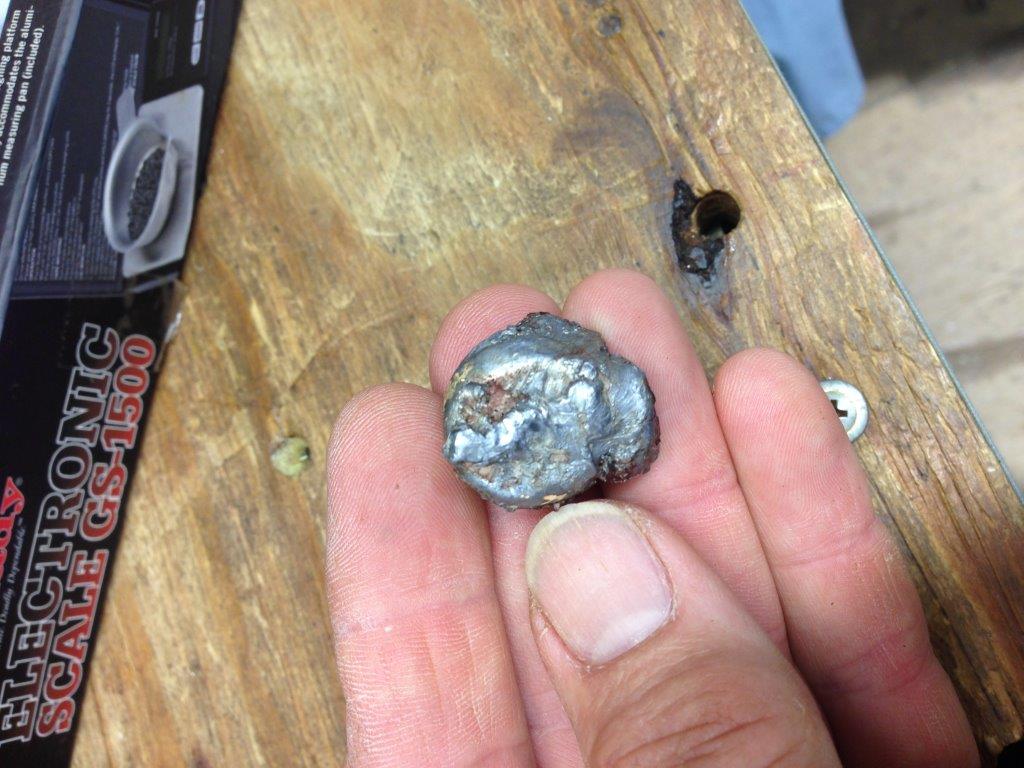 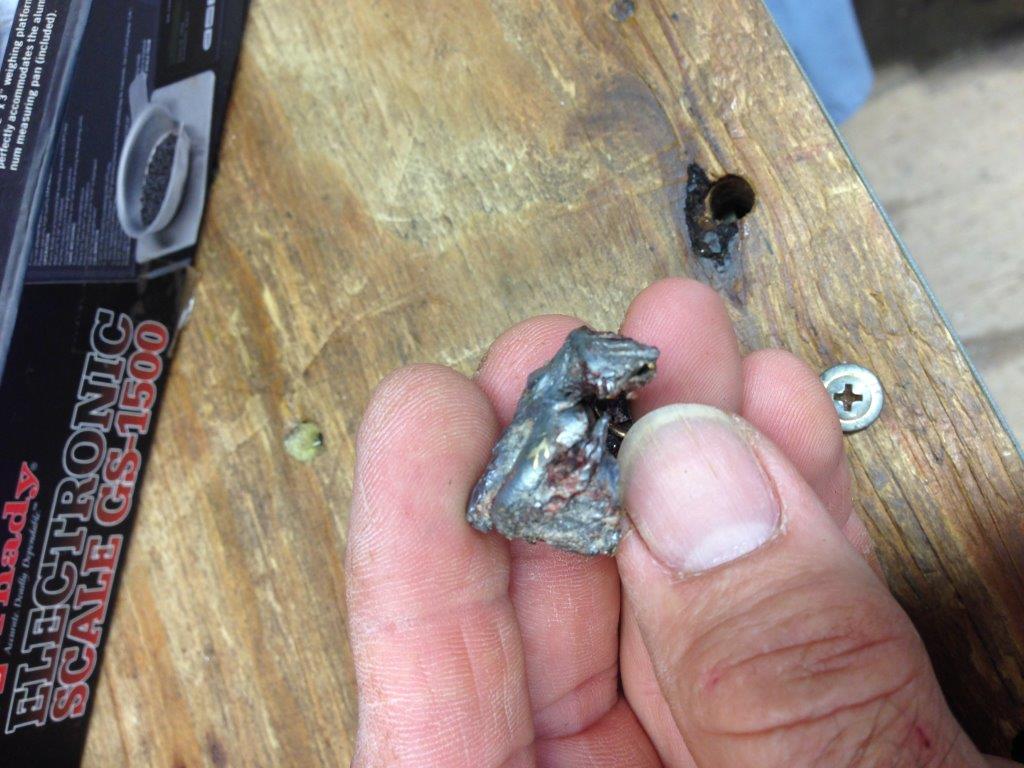 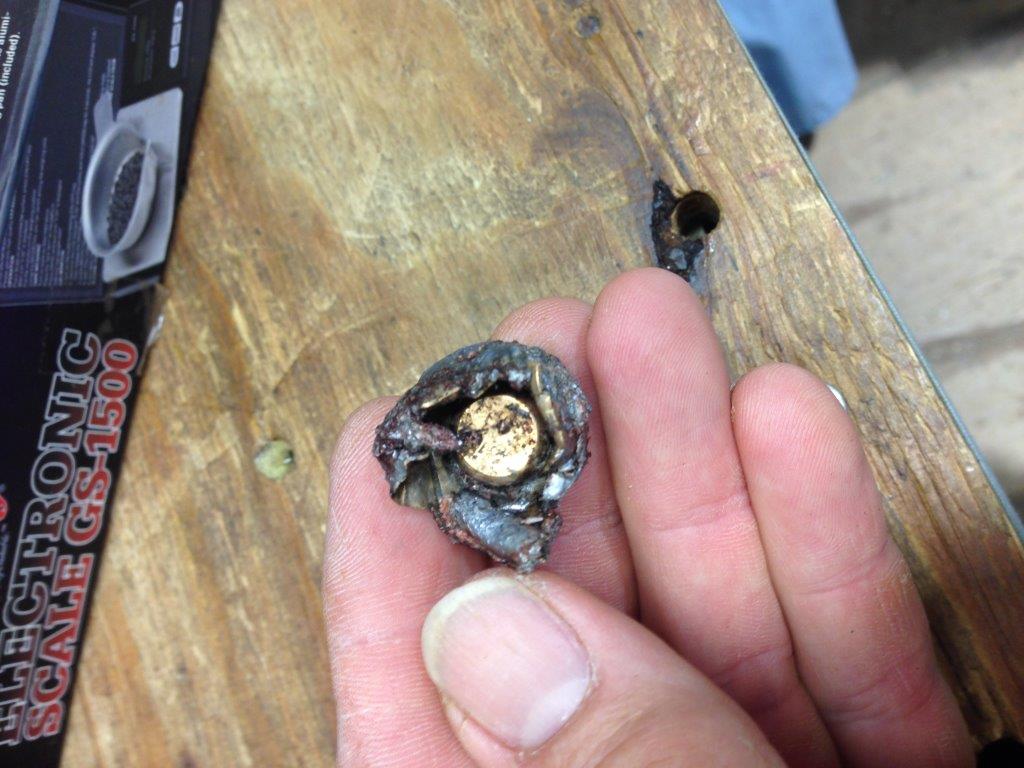 Congrats, and thanks for sharing! That's a nice looking bull

A little hair raising!
A refreshing hunting tale about how you throw some adventure in to feeding your family.
Thanks.

Great bull. Lots of good meat there. Looks like those bullets preformed very well. Congrats and thanks for sharing.
Bruce
S

Fantastic hunt fellas! Your mate has an excellent taste in chamberings with the .404

Impressive way to fill the freezer.

WOW one fine beast! That must be great fun chasing them!
Africa on my mind.

Congrats on a ripper bull

Was a great day and even better way to fill the freezer
.729 Or Larger

He’s a brute! I reckon he’d give 1000kg a nudge if not smash right through!

Just his chuck, brisket and back fillets filled my 150ltr freezer
.729 Or Larger

Nice buffalo and a lot of meat, WOW! I'm sure shooting at close range was exciting!

Not sure i'd want to be chewing on those steaks, but he's a spectacular bull.

Careful with the ones that get up on you. It can turn to shit in a split second.
Paul Truccolo.

PaulT said:
Not sure i'd want to be chewing on those steaks, but he's a spectacular bull.

Careful with the ones that get up on you. It can turn to shit in a split second.
Click to expand...

The shank is one of my Fav cuts, great for curries and slow cooked

Yep agreed they can be unpredictable
.729 Or Larger

Magnificent bull ! Through the skull completely and he still got up. Damn guess he didn’t get the memo that he was dead. Nicely done. Jacques

A good friend of mine,
who has decades of experience with these animals,
was recently "surprised" and seriously injured.

Be careful out there and don't let your guard down !
Paul Truccolo.

I'll post up a story about the toughest Bull I've come across
.729 Or Larger

Looking forward to it!
You must log in or register to reply here.

M
MichaelNix
Hi, here on the forum guys advised a cool Dating site, be sure to register - you will not REGRET it https://bit.ly/376JxTA
Today at 7:58 PM •••