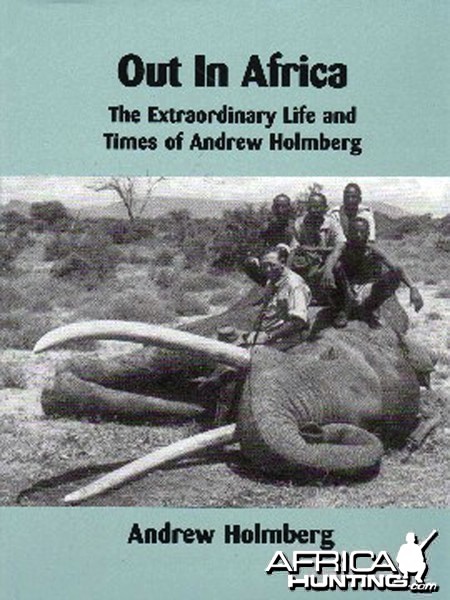 Out in Africa by Andrew Holmberg.

Andrew Holmberg was born in Kenya in 1918 his parents were Swedish. He completed his apprenticeship as a PH in 1939 and hunted extensively in East Africa.

Andrew Holmberg is one of the two oldest professional hunters alive today. He was in a sense born into the business, for his godmother was Karen Blixen, wife of the famous old time hunter Baron Bror von Blixen. Andrew had a long and successful career and excelled above many professionals for the quality of big game trophies. He took for himself, clients or friends more large bull elephants than any other man, living or dead. Sixty three pairs of tusks over 100 pounds each represents a massive mount of hard and successful hunting. You can be lucky once or twice but not sixty three times.

His own best bull was 141 pounds. His best buffalo was 58 inches. As every big game hunter knows, truly big trophies are generally found only by pioneering new country and hard work. Andrew Holmberg excelled in hunting more remote areas where others came later. He was the leading exponent of the modern foot safari where pack animals carried light loads in and Large tusks out. His evocative photographs represent something that was truly original and unique at the time. Today they have a great historic quality, representing a vanished era indeed.

His book tells of a long lifetime of successful hunting safaris. To some it may seem that his adventures are painted with a large brush. But Kenya has always been a land of drama and sudden violence. And it has attracted people who lived out their larger than life lives in a manner keeping with the country. A large brush indeed is needed to paint the picture of Andrews Holmberg's life and big game hunting. In this book you will be treated to adventure on a grand scale.

Andrew Holmberg's documented record of sixty three sets of 100 pound elephant tusks represents over twice the total number of 100 pounder. He grew up with the likes of Phil Percival, Bror Blixen and Eric Rundgren. His company, the legendary Selby & Holmberg Safaris took out Robert Ruark.

Andrew Holmberg holds the record for the greatest number of 100-pound PLUS elephants. SIXTY-THREE taken for family, friends and clients and that does not count many that were almost 100 pounds. From the beginning, Andrew Holmberg recognized the potential of the harsh Northern Frontier District of Kenya when foot safari blocks (no motorized vehicles allowed) were created.

He worked hard and took light loads in because he was going to have heavy tusks and lots of other trophies to take out. His personal best on elephant: 141 pounds per side; his best buffalo: 58 inches! Andrew consistently pioneered hunting new areas where others followed later. Looking through his photos it is hard to comprehend that when these hunts took place, exceptional trophies were Holmberg’s typical results. (Sam and Rose Pancotto took three 100-pound plus elephants on one safari!).

In East African professional hunting history, no other individual has been given undisputed credit for so many number one accomplishments in the hunting area – by both clients and professionals alike – as Andrew Holmberg. His book is, in one word, extraordinary. As Tony Dyer says in the Foreword, Andrew Holmberg has led a 'larger than life' life. One needs a mighty big brush to paint his life story. 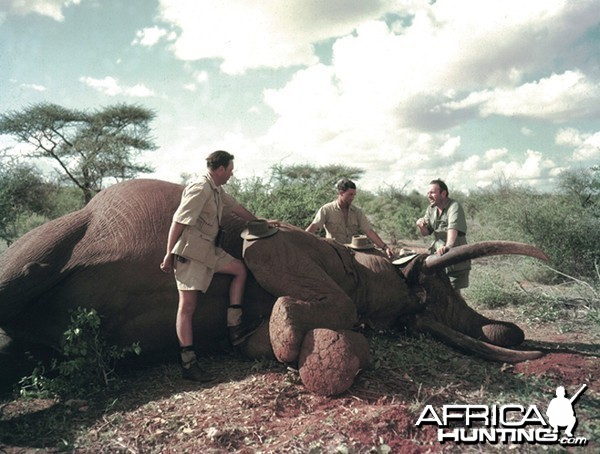 Just found out that he lives in south of Sweden I will try to meet Mr Holmberg, in January, and I will come back to you with more information, about this living legend.
Merry Christmas.

Is it possible to become a hunting legend nowadays ?

I will make a mental note to see if I can find the book and buy it it sounds like a very good read of a legend.

Were you able to meet Mr. Holmberg ? do let us know.

My father went on a Safari with Robert Ruark, William Holden and Anfrew Holmberg among other back in the late 50s. Anyone know if they kept records of the hunts? 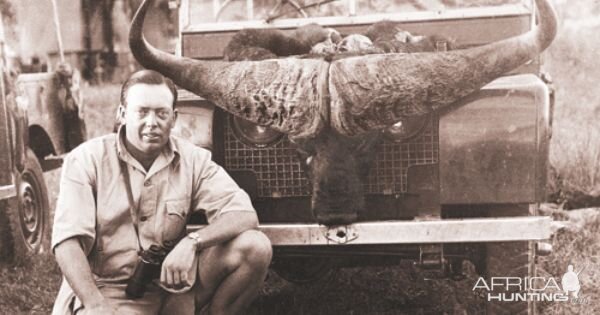 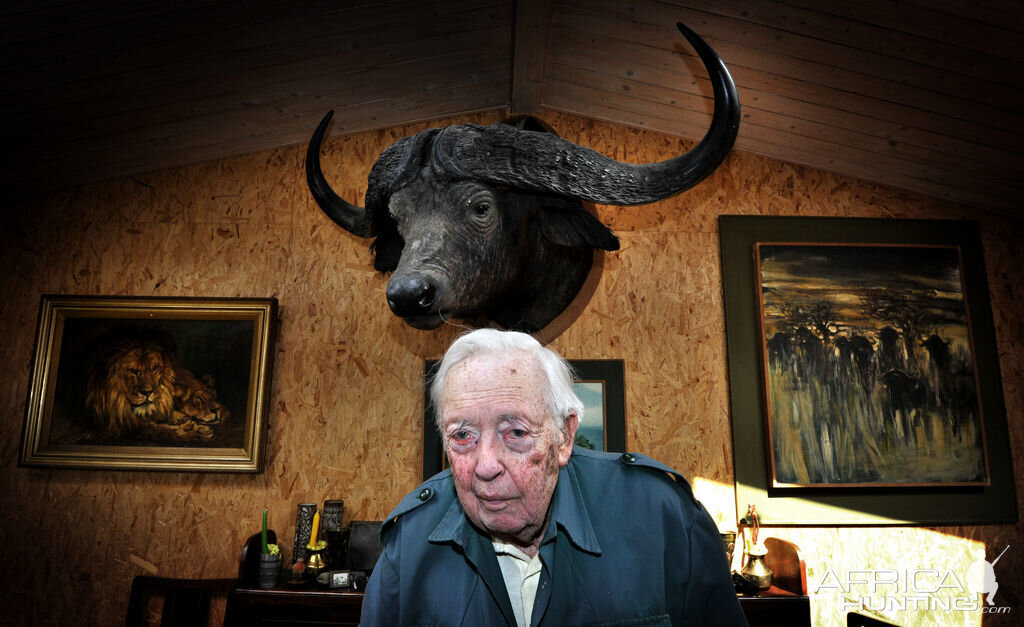 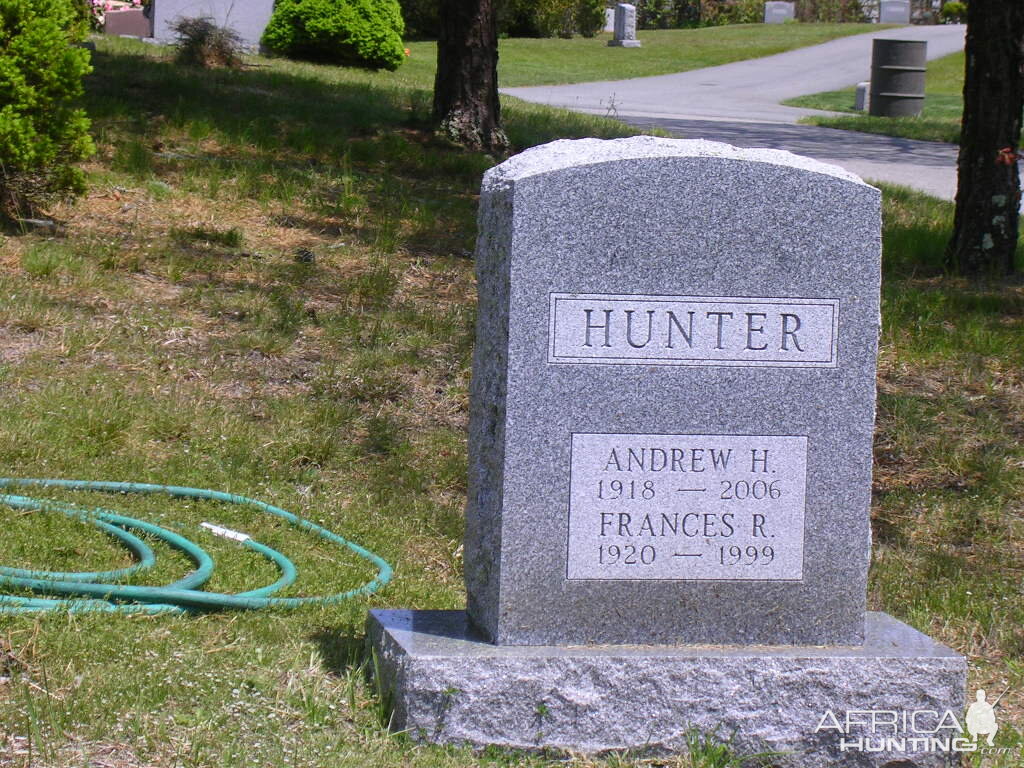 is he still alive ( with 99 years) or is it the wrong gravestone ?
E

Thanks for the update
A

Foxi said:
is he still alive ( with 99 years) or is it the wrong gravestone ?
Click to expand...

That is NOT his gravestone

aleli said:
That is NOT his gravestone
Click to expand...

Tell us ,when you know more.
But I think also now,it is not his grave.
I found his pic above (under the strong buffalo) today in a swedish article from May 2011.
I dont find more about him actually.
Does anyone know more about his end .
I dont belive he is alive with 99 years.

Here, he shows his godmother ,Tanja Blixen with him ,when he was a baby.
What an African history. 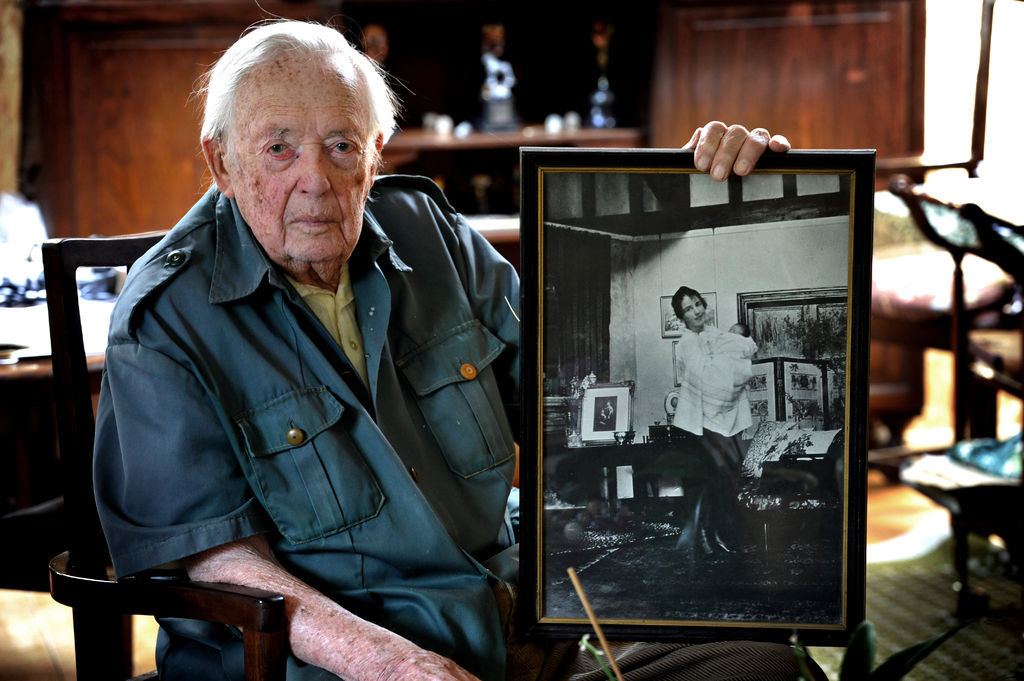 And here ,I must dig out this scene again.
I must

The photo above was taken in May 2011 during an interview by as swedish journalist at Holmbergs home in Østerlen, Sweden...he was 93 then and his wife Judy 95.

At the time he was preparing to donate away his collection of trophies, photos and african artwork....some was supposedly to go to Karen Blixens Rungstedlund in Denmark (who BTW was his godmother).

I do not know what came out of that or if he is still around..
"I have taken more out of alcohol than alcohol has taken out of me.” Winston Churchill

"Amani haipatikani ila kwa ncha ya upanga".. Peace is not possible except by the point of a sword..
A

Well first can discard the picture because his wife is Judi, they have been married since the 1940'ies. It also has him dead in 2006 and appeared in the press in Sweden in both 2009 and in 2011 in interviews.

I know he was alive in May last year (2016) and I would guess I would have heard if be had passed since then. I have two brothers that live very close to where he lives..
E

Looks like I'm getting closer to locating him. hanks to all for the efforts.

"Sixty three pairs of tusks over 100 pounds each represents a massive mount of hard and successful hunting. You can be lucky once or twice but not sixty three times."
@ Monish,
Frederic C.Selous didn't get one pair of a hundred-pounder ...........

An amazing lifetime of hunting!

Andrew Holmberg went peacefully in 2015 in Ystad Hospital in Sweden. May he rest in peace. Kind regards from Sweden

Emile L. Sicre said:
My father went on a Safari with Robert Ruark, William Holden and Anfrew Holmberg among other back in the late 50s. Anyone know if they kept records of the hunts?
Click to expand...

If someone had pictures of them, that would be great?
Don't you have any in your possession?
You must log in or register to reply here.