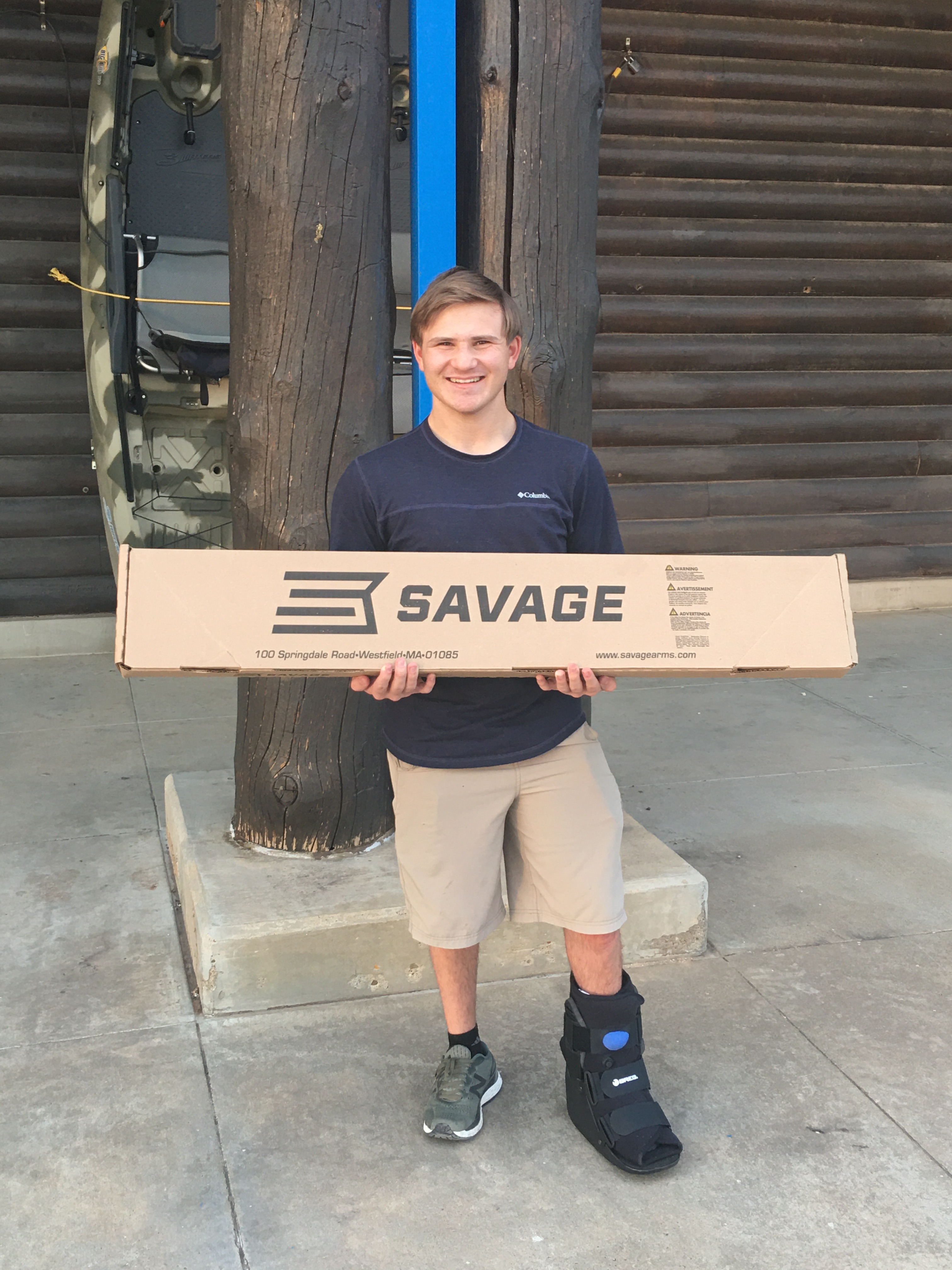 That’s awesome Erik! Congratulations Seth! I couldn’t wait to do the same thing when I turned 18, I just never quit reliving the experience almost weekly!
"Montana seems to be what a small boy would think Texas is like from hearing Texans" John Steinbeck

gizmo said:
Thank you Cody. He’s so excited. He went and got a bipod and some ammo today.
Click to expand...

Got a piece of glass for it yet?
"Montana seems to be what a small boy would think Texas is like from hearing Texans" John Steinbeck

Now that is fantastic! Looks like he got a grand slam that day. Happy Birthday, Seth, and congrats. Enjoy.

Bullthrower338 said:
Got a piece of glass for it yet?
Click to expand...

Newboomer said:
Now that is fantastic! Looks like he got a grand slam that day. Happy Birthday, Seth, and congrats. Enjoy.
Click to expand...

Congrats in all dimensions!
When the student is ready, the teacher will appear.

He picked a good one. Those savage rifles are shooters. The 30-06 has been getting the job done for a "long" time
Tell him congratulations
Mike .257

Good for this young man! He started adult life with a BANG!

Good choice Seth! Congratulations! Knowing your family, I think you already know how to vote!

I have yet to see a Savage you couldn’t make shoot very well.
Africa on my mind.

That's awesome, I bought a Remington .22 on my 18th birthday! Happy birthday and congratulations!

What happened to his foot?
"Your imagination is your preview of life’s coming attractions." ~ Albert Einstein

I remember my Grandfather getting me a NRA membership for my 18th birthday.
While it was (and still is) important to me, I think I would have been happier at the time with a Savage 30-06.
Congrats to both you and Seth.
“They that can give up essential liberty to obtain a little temporary safety deserve neither liberty nor safety.” Benjamin Franklin 1759

I still remember buying my first rifle. I was 16 and had just finished some farm work and had just enough.... The store we went to didn't have a .270 (Jack O' Connor's favorite) so dad suggested a 30-06. I killed quite a few animals with that rifle. Congrats to your son. He made a smart choice. Hope his foot gets healed up quickly.
Bruce

WHAAAA??? Didn't buy a Creedmoor? What's the Texas hunting world coming to? Seriously, Happy Birthday and congrats on the rifle.
"Every man dies. Not every man really lives". William Wallace

Congrats on all counts. I still remember buying my first 30-30. I had to sell that gun to buy the next one. But I reached a point in my life where I went back and bought the same model 30-30 just to say I still had one. Tell him to hang on to that gun. It will always be special.
You must log in or register to reply here.

It’s been a Monday

E
My roommate is an addict
2 3