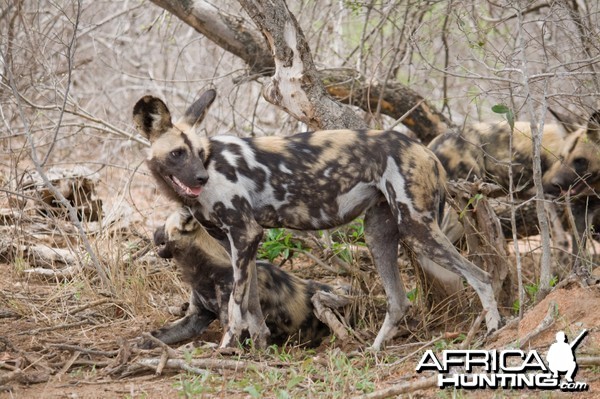 As wild dog numbers continue to decrease, with only about 350 dogs in South Africa and an estimated 4 500 in the whole of Africa, new approaches are being sought to ensure their conservation.

Wild dogs are in trouble. They are the most endangered carnivore species in South Africa, with the only viable population occurring in the Kruger National Park, but even this population has halved in the past five years. Although scientists believe this to be part of a natural fluctuation, this finding serves to emphasize the seriousness of the predicament facing wild dogs in South Africa. Wild dogs need urgent conservation to save them from extinction, and new and innovative methods must be developed to achieve this goal. This is exactly Peter Lindsey work, with funding from the Green Trust. He's doing a æ®¿ bio-economic analysis of wild dog conservation in southern Africa? the findings of which should indicate what exactly it would take to enable wild dogs to become economically self-sustaining able to éƒ½tand on their own four feet?

To do this, Lindsey needs to determine the status and distribution of wild dogs in South Africa, especially those living outside protected areas. This will give a good indication of exactly what needs to be conserved. Then, the minimum area and prey requirements of a wild dog pack needs to be determined, in order to evaluate the minimum reserve size and prey population size needed to naturally sustain wild dogs. 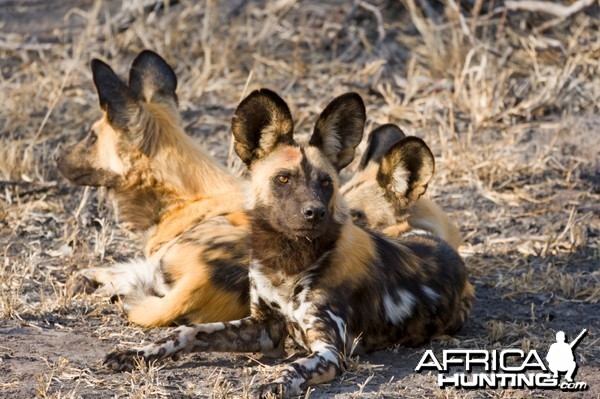 Another most important objective of the project is to assess the existing attitudes towards wild dog conservation outside of protected areas. The implications of these attitudes have far-reaching effects both negative and positive on the conservation of wild dogs in these areas. So far Lindsey has found that game ranchers whose income is based on ecotourism generally have an extremely positive attitude to wild dogs, while many stock farmers and hunters tend to have a far less positive view on the dogs. 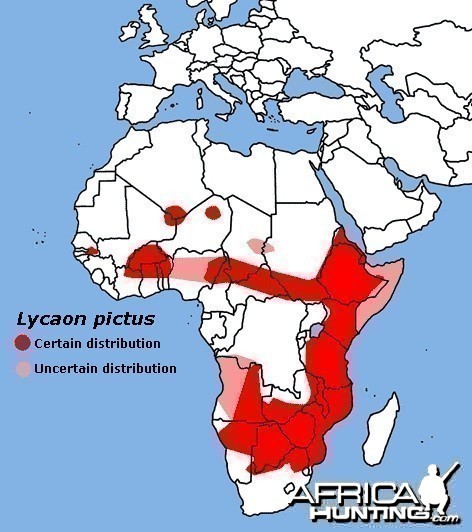 This investigation hopes to assess whether the wild dog can pay for its own conservation through its intrinsic economic value based upon tourism. Should this be possible, donor funding could be re-directed to those areas in which wild dogs cannot pay for themselves, and wild dog conservation efforts would become cost efficient.

Throughout the investigation, Lindsey has looked at the three wild dog groupings in South Africa, in order to achieve accurate and applicable results. These groupings are the wild dogs of the Kruger National Park, those that are free ranging outside of officially protected areas, and those dogs that are part of the meta-population. This meta-population includes the wild dogs reintroduced to various reserves. 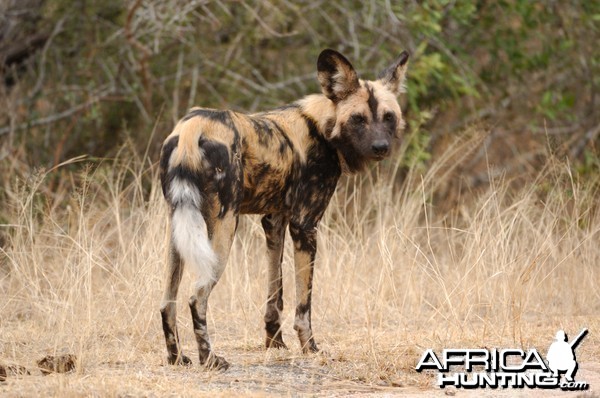 
Although in isolation these packs do not form viable populations, the sub-populations in the various reserves are linked through management to prevent inbreeding, local extinction or local excess in numbers and as a result, together form a viable wild dog population, as is found naturally in the Kruger National Park.

Lindsey says the project definitely wouldn't have been possible without the assistance of landowners and interested organizations, both in South Africa and Zimbabwe. å…¸he project was very dependent on the information and good will of people like WAG-S.A (Wild Dog Action Group-South Africa), the owners into which wild dogs have been reintroduced as part of the meta-population, and landowners who have free ranging wild dogs. They have all given a lot of help.?br>
During the three years of the project, Lindsey says he has seen positive trends in wild dog conservation, as the metapopulation has been increased and wild dogs have been introduced to Marakele National Park and the private Shambala Game Reserve. Still, there's a way to go and Lindsey is also æ®¿ssessing the best way forward with wild dog conservation so as to better focus effort in the future.?br>
Lindsey believes it's quite possible for wild dogs to become self-sustaining and ensure their own conservation, but there are a few more issues that need to be investigated and resolved before this objective becomes a reality. The next step says Lindsey is to look at the ecology and impact of wild dogs under game ranching conditions: å±•e need to see just how much damage they cause by damaging fences, chasing game and hunting and eating expensive animals. These are practicalities that need to be dealt with so that wild dogs can eventually earn their keep. I believe it's all quite possible under certain game ranching conditions, given tolerance by landowners, and with an improved understanding of the impact of wild dogs upon prey populations by game ranchers and researchers alike.?br> 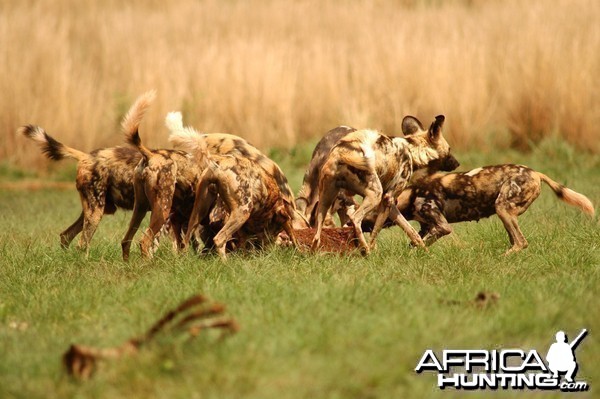 Pack of Wild Dogs in a feeding frenzy...

The success of conservation efforts involving wild dogs outside of protected areas is entirely dependent upon cooperation by landowners. In some areas of the country, this is already happening. In many areas however, ranchers continue to persecute wild dogs and until this changes, no real improvement in the status of wild dogs in South Africa can be achieved.
Last edited by a moderator: Dec 1, 2016
Gerhard R Damm
AFRICAN INDABA - Dedicated to the People & Wildlife of Africa 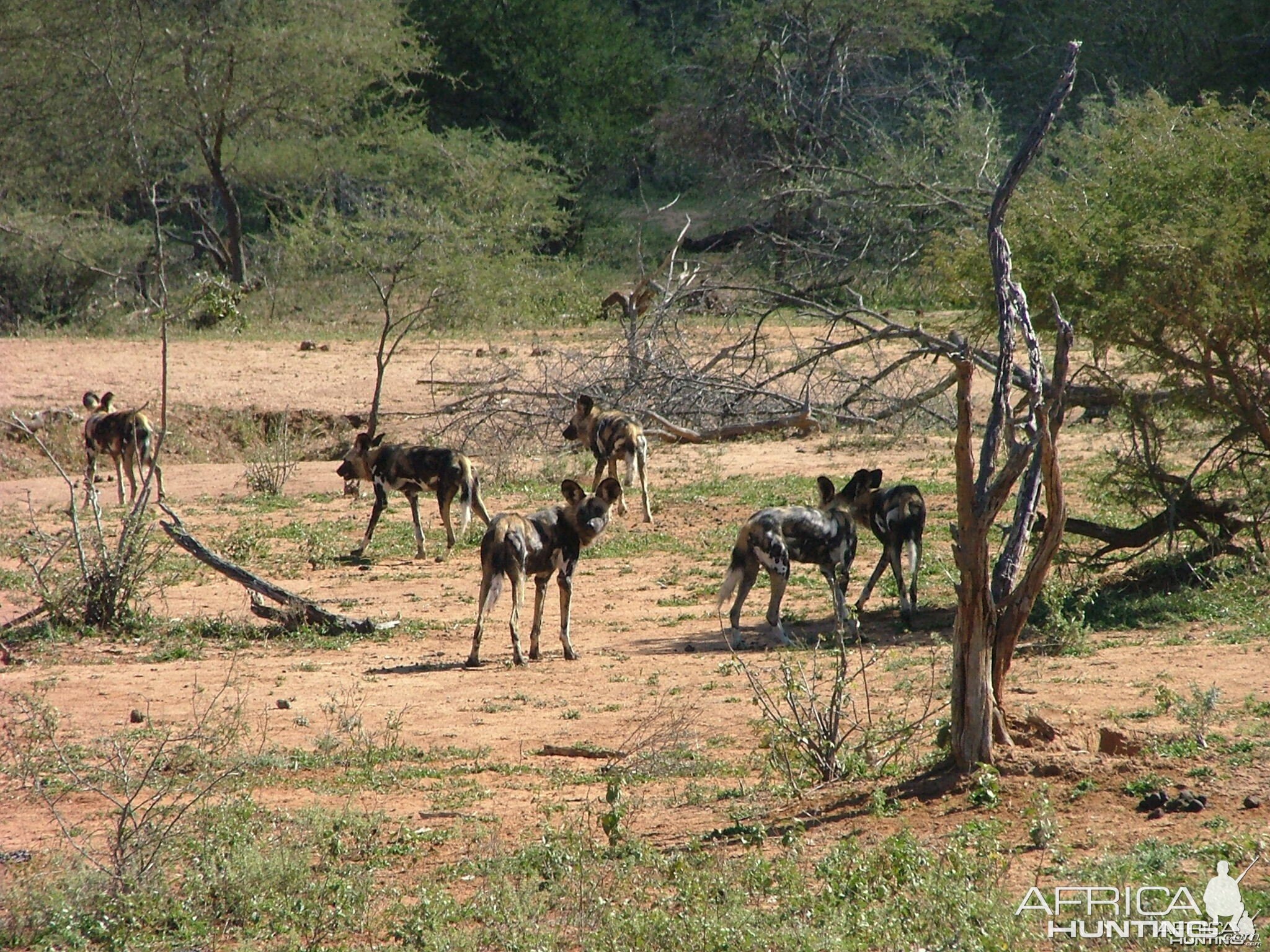