A university has banned beef to help fight climate change


A university has banned beef to help fight climate change

London (CNN)Beef burgers, burritos and other enduring student dishes are off the menu at a London university -- in order to help the fight against the climate crisis.

Goldsmiths University in London will be scrapping all beef products from its campus, the institution's new chief has announced, as it seeks to become carbon neutral by 2025.
The move takes effect from September, when the new academic year begins, and will affect all canteens, cafes and food outlets on the university's grounds.
Students will also be handed a 10p (12 cents) levy on bottled water and single use plastic cups in an attempt to discourage their use, with the money raised going towards a "green student initiative fund."

"Declaring a climate emergency cannot be empty words," the university's warden Frances Corner said in a statement.
"I truly believe we face a defining moment in global history and Goldsmiths now stands shoulder to shoulder with other organizations willing to call the alarm and take urgent action to cut carbon use."
Lamb, beef and dairy production accounts for the majority of greenhouse gases emitted by farms in Britain, with sheep and cattle directly responsible for around 58% of agricultural emissions in the UK in 2016, according to a report by the government's Committee on Climate Change (CCC).
Globally, beef is responsible for 41% of livestock greenhouse gas emissions, and livestock accounts for 14.5% of total global emissions
"The growing global call for organisations to take seriously their responsibilities for halting climate change is impossible to ignore," she added.
"Though I have only just arrived at Goldsmiths, it is immediately obvious that our staff and students care passionately about the future of our environment and that they are determined to help deliver the step change we need to cut our carbon footprint drastically and as quickly as possible."
The university, based at a campus in New Cross, south-east London, has a student population of around 10,000.

Sadly I have found that institutions of higher learning are often managed by idiots and fools.. (post made by someone with 2x masters degrees earned at universities in the UK)...

Has anyone bothered to tell the students that all of the wild animals they want to save "fart" as well?

Shootist43 said:
Has anyone bothered to tell the students that all of the wild animals they want to save "fart" as well?
Click to expand...

So do all of those tofu eating social justice warriors!
"Montana seems to be what a small boy would think Texas is like from hearing Texans" John Steinbeck

Bullthrower338 said:
So do all of those tofu eating social justice warriors!
Click to expand...

More hot air than any herd of cows could ever produce!

Shootist43 said:
Has anyone bothered to tell the students that all of the wild animals they want to save "fart" as well?
Click to expand...

mdwest said:
Sadly I have found that institutions of higher learning are often managed by idiots and fools.. (post made by someone with 2x masters degrees earned at universities in the UK)...
Click to expand...

I only have one undergraduate and one postgraduate degree (earned at universities in Australia), but I agree. 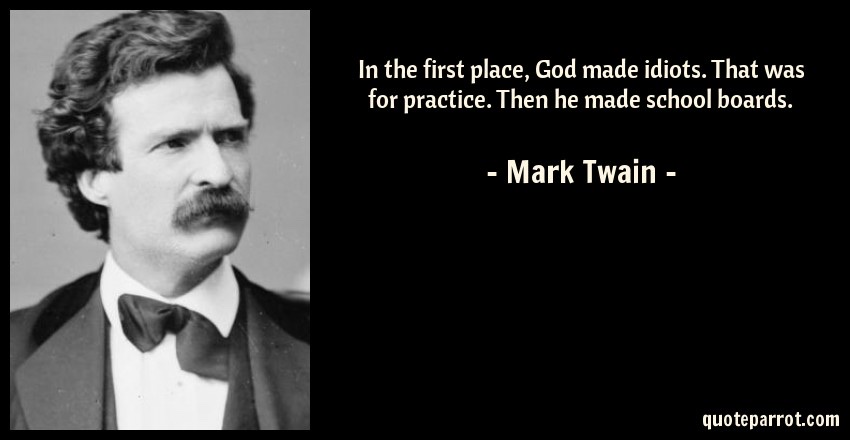 I'll bet the faculty in private doesn't abide by that bs.

Newboomer said:
I'll bet the faculty in private doesn't abide by that bs.
Click to expand...

IDK, chief. Wouldn't surprise me one little bit if they're all vegans. Sorta goes with the territory.
"Only accurate rifles are interesting." -- Townsend Whelen

I have a buddy that got chewed out in a Faculty meetings for saying, in affirmative reply to a suggestion:

"Then we can kill two birds with one stone."

our state university student congress just chose to eliminate the Pledge of Allegiance from their functions. They said it was to "be more inclusive." I happen to know a Regent quite well and I called him and politely suggested they can also quit taking the tax dollars as well. He was at least receptive to the idea.
It'not the years, it's the mileage......(Indiana Jones)
D

sgt_zim said:
IDK, chief. Wouldn't surprise me one little bit if they're all vegans. Sorta goes with the territory.
Click to expand...

100% and there seems to be more and more of them with each passing day. They have become really brazen in Toronto and i expect its a similar situation in most big western, especially Anglophone, cities.

They recently broke into a big slaughterhouse in Toronto, started freeing chickens and filmed themselves and placed it on youtube:


The worst part is, I know some people who work at that slaughterhouse, is that the police do nothing about it. A few times when they barged into the slaughterhouse, the cops where called on them. All they did was told them to leave. And one of the cops even said how his daughter is a vegan and an animal lover and to try to understand their perspective etc.... Yet I can easily see a charge for trespassing, vandalism, violation of multiple health codes as they walk in with their street clothes etc... But the way law enforcement treats them is almost as if they are enabling or condoning this behavior.

One more reason to live off-campus as I did (I never lived in a dorm), and today earn as many credits on-line as possible. Maximize my individual liberty as much as possible was my personal stance. I'd think something like this couldn't get any traction in Texas, but I live just outside the corona of idiocy of the perceived fashionable that radiates from Austin. It'll be a long time if ever before higher education in the largest Texas university systems disconnect from petroleum revenue, and probably never for where I graduated from with a Bachelor of Science degree in Kingsville.
When the student is ready, the teacher will appear.

Such insanity! I hate what’s happening in the world driven by left wing NUTS!
Tommorow is promised to no one. Go live your dreams. 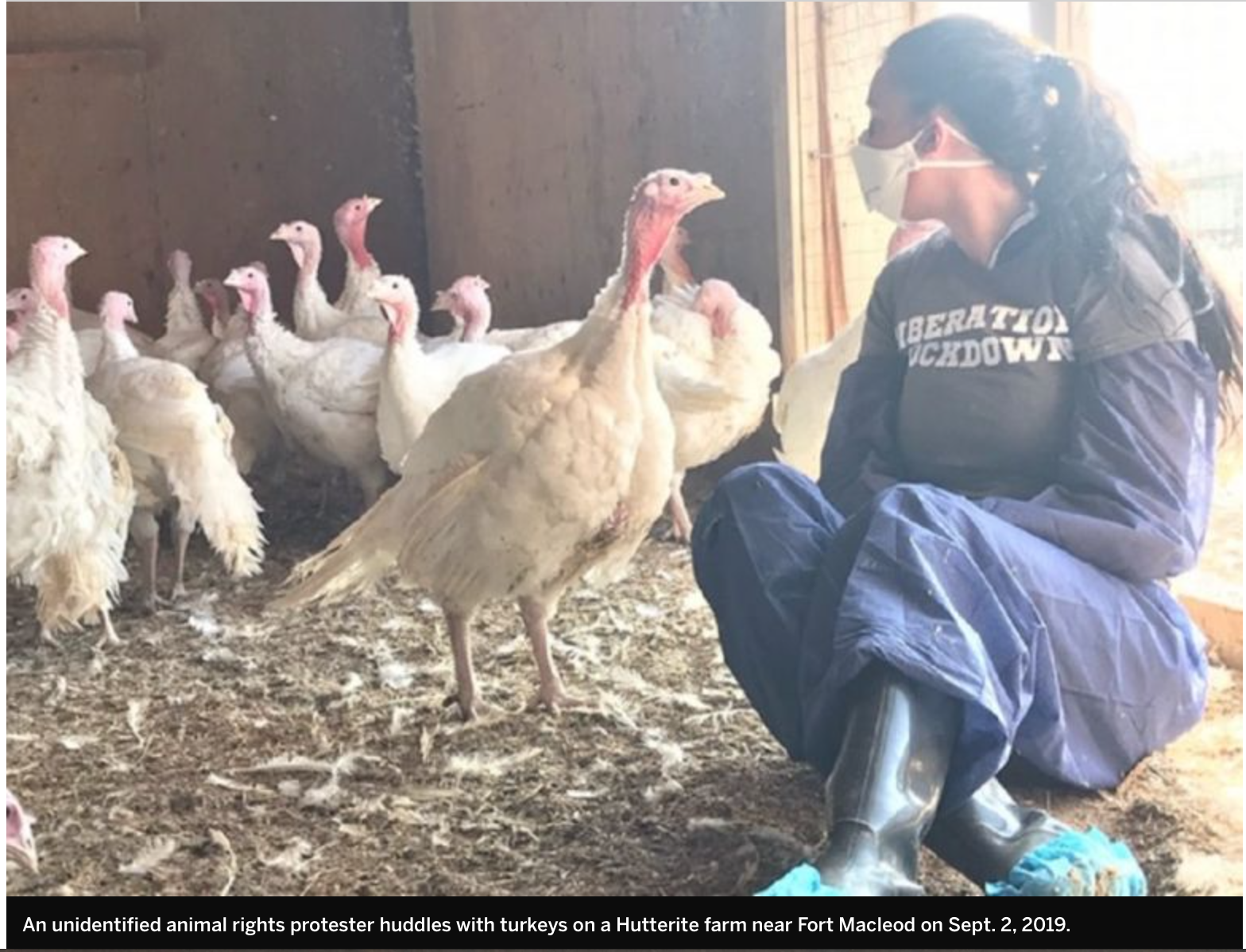 This was the provincial governments response: 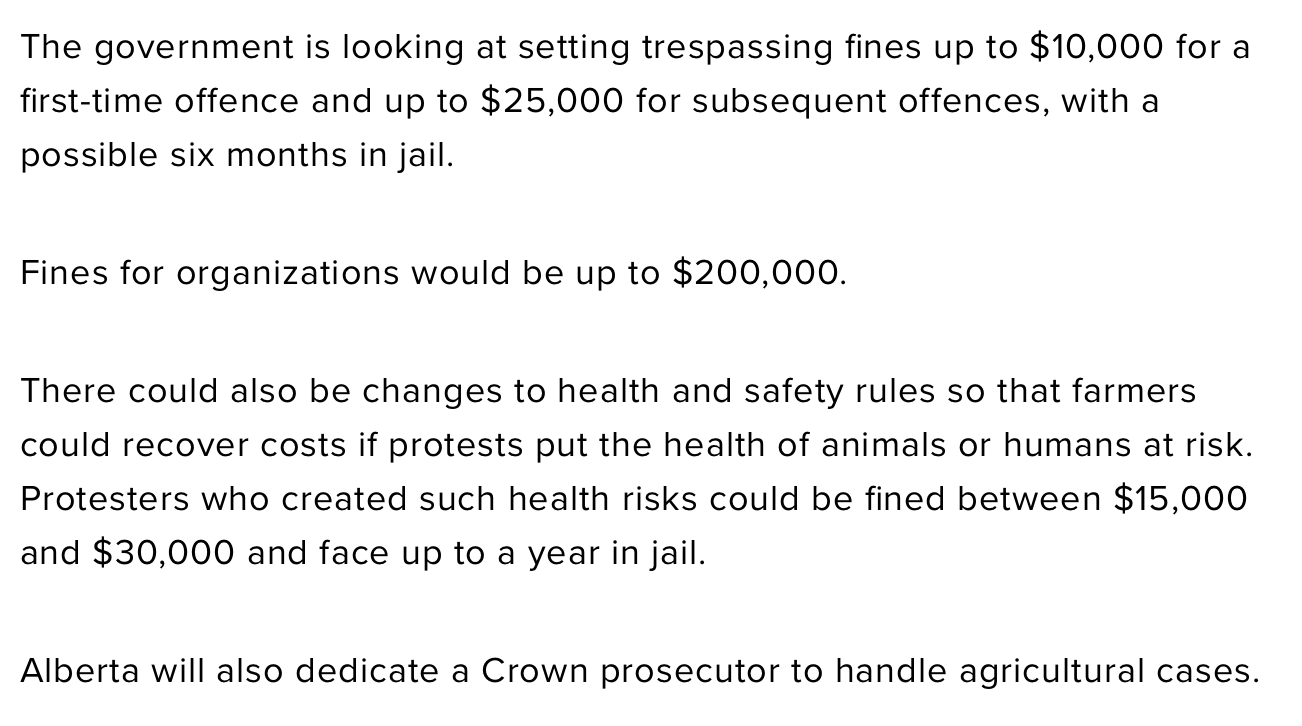 Check the traction Beyond Meat is getting with big retailers and burger chains.
"To be ignorant of what occurred before you were born is to remain forever a child. For what is the value of human life, unless it is woven into the lives of our ancestors by the records of history?"
Cicero

The responses to that could be interesting but probably need censoring....

Looney Tunes people get headlines and are quoted in news outlet articles......why? So many of us can get a good laugh.

One of my favorite college memories was watching a squirrel eat a beef burrito. Now I fear my children will never know such joys...
You must log in or register to reply here.

Soy industry a threat to conservation

Back To School Safety Tips