A Sane Voice In A Ludicrous Conservation Debate

A sane voice in a ludicrous conservation debate – what is more important? The Elephant or the community?

While the Economist does not endorse the views of any particular government ministry, the response by the Ministry of Environment and Tourism on the hunting of an elephant bull in Omatjete, offers a sensible summary of decisions and events which have been blown out of all proportions in a series of nonsensical reports. The statement has been edited – Ed. 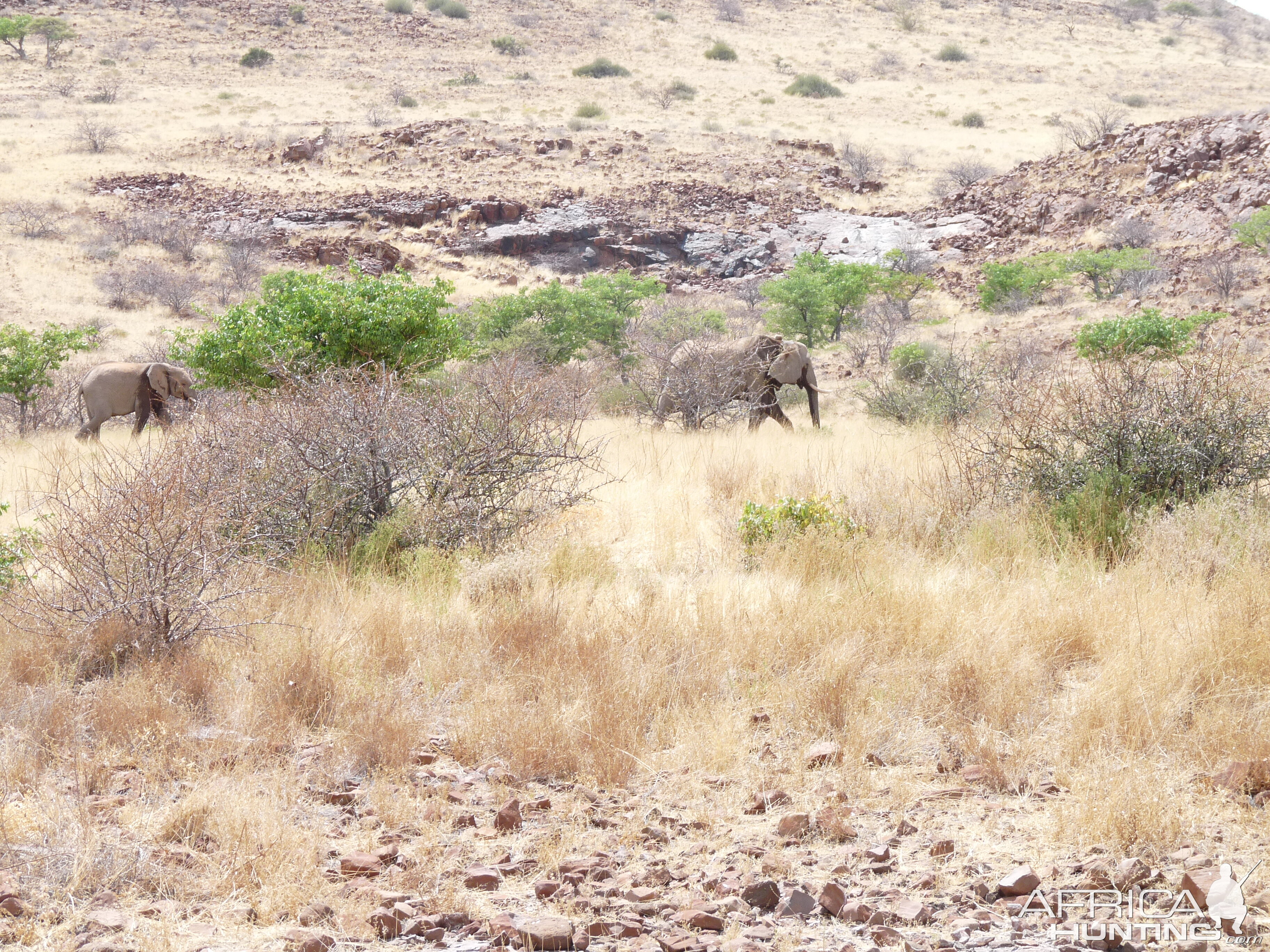 “We have learnt with concern about the inaccurate, rubbish and false reports and the assumptions made through social media about the elephant that was destroyed through trophy hunting after being declared a problem animal in the Omatjete area in the Erongo Region.

Through social media, some individuals are criticizing the hunt of an elephant which was declared a problem animal in accordance with the Revised National Policy on Human Wildlife Conflict Management 2018, and the Nature Conservation Ordinance of 1975. This elephant, called “Voortrekker” was only declared a problem animal after a lengthy investigation and careful monitoring. There has been persistent problems caused by this elephant, to the extent that the conflict became an intolerable burden on resident communities and a threat to human lives.

Communities of Omatjete have for a long time complained about elephants causing damage to property and threatening the lives of people in their area. Damages have been seen in the area, and one person has also been killed by an elephant in recent years in that area. With this situation, the Ministry of Environment and Tourism had to launch a N$4,000,000 project to upgrade water infrastructure for the communities and provide alternative water points for elephants in the area.

We are aware that the communities of Sorri Sorris, Oljimboyo and Tsiseb Conservancies have asked that the animal not to be destroyed. We understand that the request was made to the ministry at the influence of some NGOs and individuals in the area, as the letter by the three conservancies to the Ministry is not even signed by the legitimate persons from the conservancies. lt must be noted that the human elephant conflict was reported in the Omatjete area and not Sorri Sorris, Otjimboyo and Tsiseb areas.

The Ministry of Environment and Tourism would like to further bring to the attention of the public and the international community that elephants occur across the entire north of Namibia with two main sub-populations in the north-eastern and the north-western parts of the country. In 1995, Namibia had about 7,000 elephants, in 2004 the total population was estimated at about 16,000 while the current figure is just over 22,000 – the highest recorded number since population surveys commenced and showing continuous positive growth.

The north-western population is estimated, based on aerial surveys, at 4,627 animals (2,911 in Etosha National Park estimated in 2015 and 1,716 elephants in the north-west (Erongo, Kunene and Omusati Regions) estimated in 2016. Elephants occur as far south as the Ugab River and occasionally in the Omaruru River and in most of the river catchments that flow westward to the Atlantic Ocean, and have been expanding their range over the past two decades. The north-eastern population numbers over 19,549 (13,136 in Zambezi Region including the Mahango Core Area of the Bwabwata National Park in Kavango East Region, and 6,413 in Khaudum National Park and neighbouring conservancies, all estimates based on aerial surveys in 2015). Movement between different populations sporadically occurs, providing opportunities for genetic interchange. Numbers will continue to be monitored through aerial surveys at two to three-year intervals, with another aerial survey of elephants planned for this year.

Although about 17% of the land surface of Namibia has been placed in proclaimed protected areas (National Parks and Game Parks), the protected areas only cover 50% of the national elephant range. An increasing proportion of the elephant range is in communal areas, as the elephant population continues to increase and extend its range. Since most of the elephants in the north-west (except the population in Etosha National Park) occurs on communal lands, it is essential to ensure that resident communities will tolerate elephants in the long term.

Co-existence with elephants implies that a balance is needed between the costs that they incur and the benefits that can be derived from them. In 1996 the government through the Nature Conservation Amendment Act of 1996 provided for the formation of Communal Area Conservancies that gave consumptive and non-consumptive utilization rights of wildlife to rural communities. This was an essential step to ensure that rural communities can offset the costs of living with elephants and other wildlife through benefits that can be derived from them.

In line with this act and the Elephant Management Plan, the National Policy on Community Based Natural Resource Management, and the Revised National Policy on Human Wildlife Conflict Management, this elephant has been declared a problem animal by the ministry after a long period of monitoring and preventative measures to avoid damage to human property by elephants.

Officials of the ministry could have hunted the elephant but [making the animal available for a] trophy hunt was the preferred option as at least some revenue can be generated in the process for the relevant communities, to be used in mitigating further human elephant conflict.

It is therefore unnecessary to attack and threaten the Professional Hunter and the trophy hunter. They have conducted this hunt within the laws of Namibia to the satisfaction of the ministry.

Human wildlife conflict is escalating due to increased population size and range expansion and the drought as well as changes in land use, and in 2018 the number of problem animal incidents reported to the ministry, was over five thousand (6,143). In some unfortunate incidents, human lives were lost due to elephant attacks. Addressing human-wildlife conflict requires striking a balance between conservation priorities and the needs of people living with wildlife.

It is the opinion of the Ministry of Environment and Tourism that the aggressiveness of the elephants and their new migration patterns inland is an indication of disturbance in the Ugab River, probably caused more by irresponsible eco-tourism and vehicles than anything else.

Reports have also been received of unmanned aerial vehicles (drones) being flown too close to elephant herds and accordingly disturbing them. Willful disturbance of a specially protected species, elephant in this case, is a punishable offence and the ministry is on the lookout for such activities for immediate action and enforcement of the law.

There are suggestions within our critics that we should overlook our own people’s plights at the expense of tourists to the country. This is despite the fact that our citizens have accepted to share their living space with wild animals which often destroy their properties and other sources of their livelihoods.

For as much as we value tourism as an economic sector for the revenue it generates, as responsible government we will always put the needs of our people first without compromise or fail.

Unfortunately, we have a few individuals who are simply unable to get their heads around the big picture of conservation on communal and commercial land, and the vital role that incentives, elephant management and social acceptance play in the process. They can not look into the future to see where Namibia needs to be in decades to come. They rather look at each elephant individually. This is not a conservation biology approach, but a short-term animal rights approach which is counter- productive to long term conservation.

Namibia is committed to the sustainable use of wildlife resources, as is indeed provided for in our National Constitution. Sustainable use of wildlife resources is the result of good conservation and good wildlife management, and it is in our collective interest to ensure that we use this resource sustainably. By now it has become common knowledge that tourism in general and trophy hunting in particular has grown to be one of the most important industries in terms of its contribution to Gross Domestic Product, employment creation and the well-being and social upliftment of our rural people, not to mention that it is the main economic driver for the protection of wildlife.

The ministry is aware of specific Non-Governmental Organizations and individuals who are working against the conservation activities of the government. This has negative implications for our Community Based Natural Resource Management programme, which has now been widely recognized as an innovative and successful people-oriented approach to conservation. We have become recognized as a leader in this field. We have restored the link between conservation and rural development by enabling communities to derive a direct income from the sustainable use of wildlife and from tourism.

There are also allegations of the ministry being in debt to the WWF which has hi-jacked conservation. This is totally unfounded and incorrect. This is actually nonsense, like the rest of it. The ministry through the Directorate of Wildlife and National Parks is the wildlife management authority in Namibia. Our management decisions are based on the available data and information, management plans, guideline documents, policies and legislation on wildlife.

In summary, there are more elephants in Namibia today than at any time in the past 100 years. One of the reasons for their increase in numbers is that they have a value, communities have rights to manage and use the wildlife, and are starting to earn significant income from wildlife and this is creating the incentives for them to look after and protect wildlife and wildlife habitat, including elephants, all of which leads to a positive conservation result.

Controlled hunting and sustainable use of wildlife are a result of good conservation. Namibia’s elephant population and the Erongo and Kunene population in particular, is a healthy and growing population growing at about 3.3% per year. The current levels of consumptive off-take are extremely conservative. They are well below sustainable off-take levels, and the population continues to grow and expand.

Thanks very much, @NamStay .
"Only accurate rifles are interesting." -- Townsend Whelen

Let the people who know what they are doing do it and keep the NGOs and other loonies out of it.

NamStay said:
.................
For as much as we value tourism as an economic sector for the revenue it generates, as responsible government we will always put the needs of our people first without compromise or fail.
..........
Click to expand...

I believe this is the same statement as is found in https://www.africahunting.com/threa...ry-of-environment-and-tourism-namibia.51290/?
You must log in or register to reply here.

MET Hits Back On Hunt Quotas

MET Hits Back On Hunt Quotas

The Voice Missing From The Elephant Trophy Debate? Africans

Opinion By Human-wildlife Conflict Specialist: Botswana Has Found Her Voice About Elephants