A Sad Day Yesterday. Had to Put My Old Dog Down!

15 years and 4 months of unconditional loyalty. We woke yesterday as normal. I let old Rosco out. Suddenly he wasn't coming back in. I looked out and he was moving strangely staggering in circles. I went and brought him in. Lifted him onto the coach as ive had to do for a while now. His head was turned hard to the right...strange. Suddenly he went into a seizure. Never before!
I called the emergency vet and rushed him in. I was allowed to carry him in and then had to leave. They called and informed me he probably had a stroke and had another seizure while the doctor was present. They gave me all the alternatives, but it was time.
I returned and was taken to a room where they carried him in and gently placed him on a bed on the floor where I was sitting waiting. They told me to take all the time I needed. I held his head stroking his chest and jaws the same as I had done hundreds of times sitting on the coach.
They say as you get older you revert to a child again. This is true. I cried like a child. Not the least embarrassed to admit it.
I finally got in control and called the doctor. She was very calm and patient with us. I said let’s finish it and she softly explained what was going to take place. It was very peaceful as his head began to relax into my hand. His eyes became drowsy finally closing. The doctor made the final injection. Rosco’s chest quit rising and falling. The doctor checked his heart and quietly said he was gone. He uncontrollably cried again. Layed his head softly on the pad and had to get out of there. 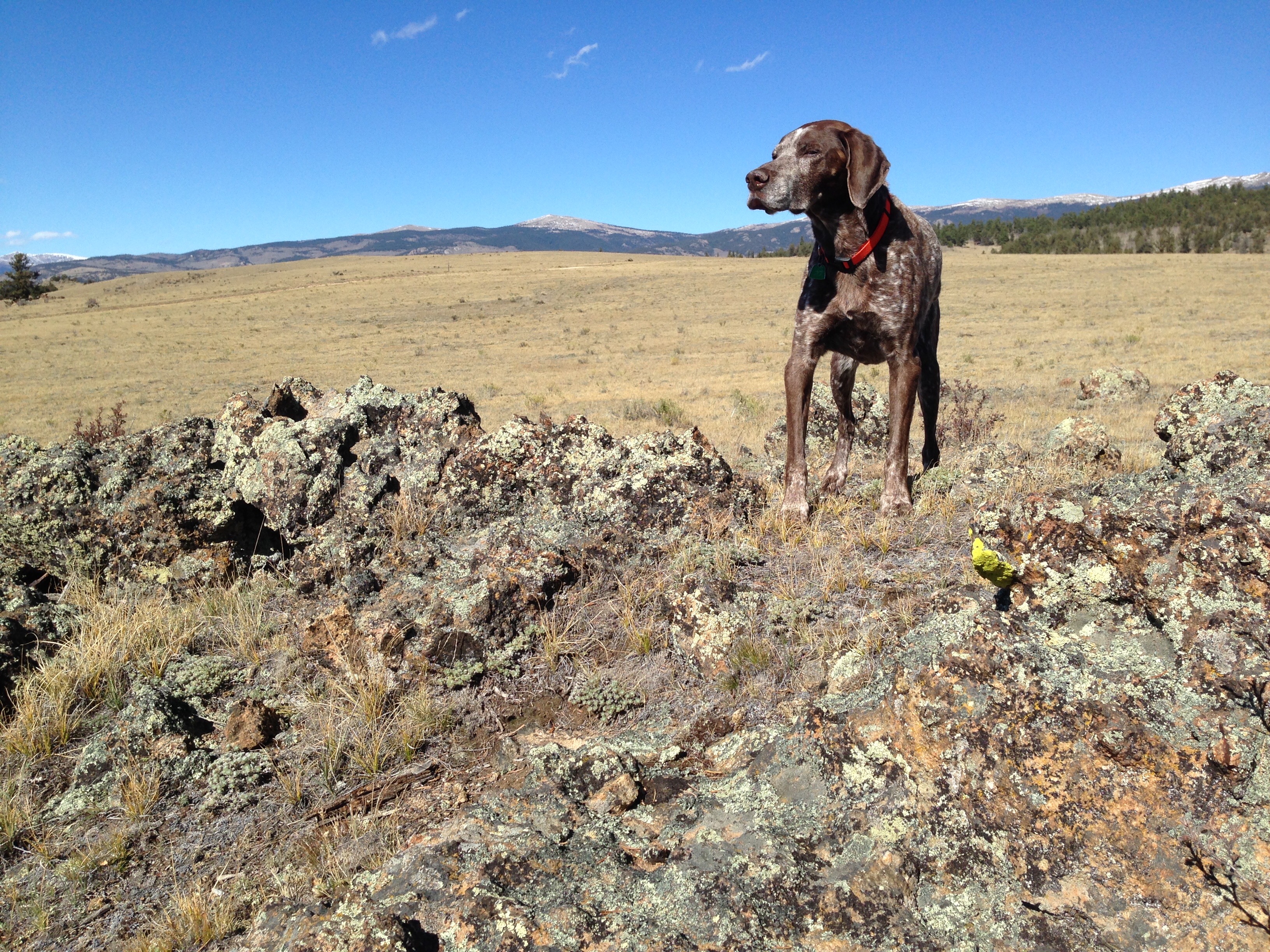 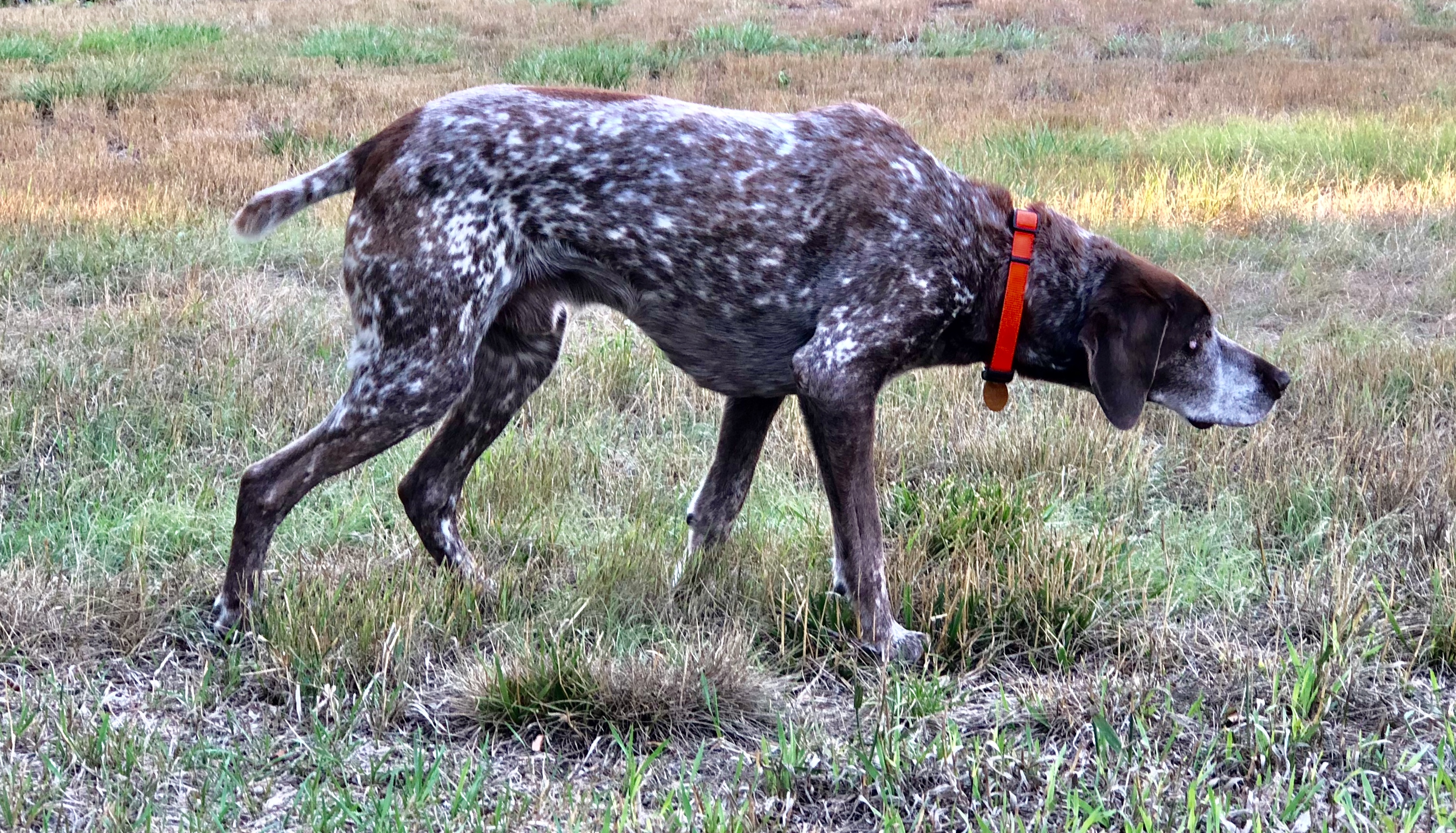 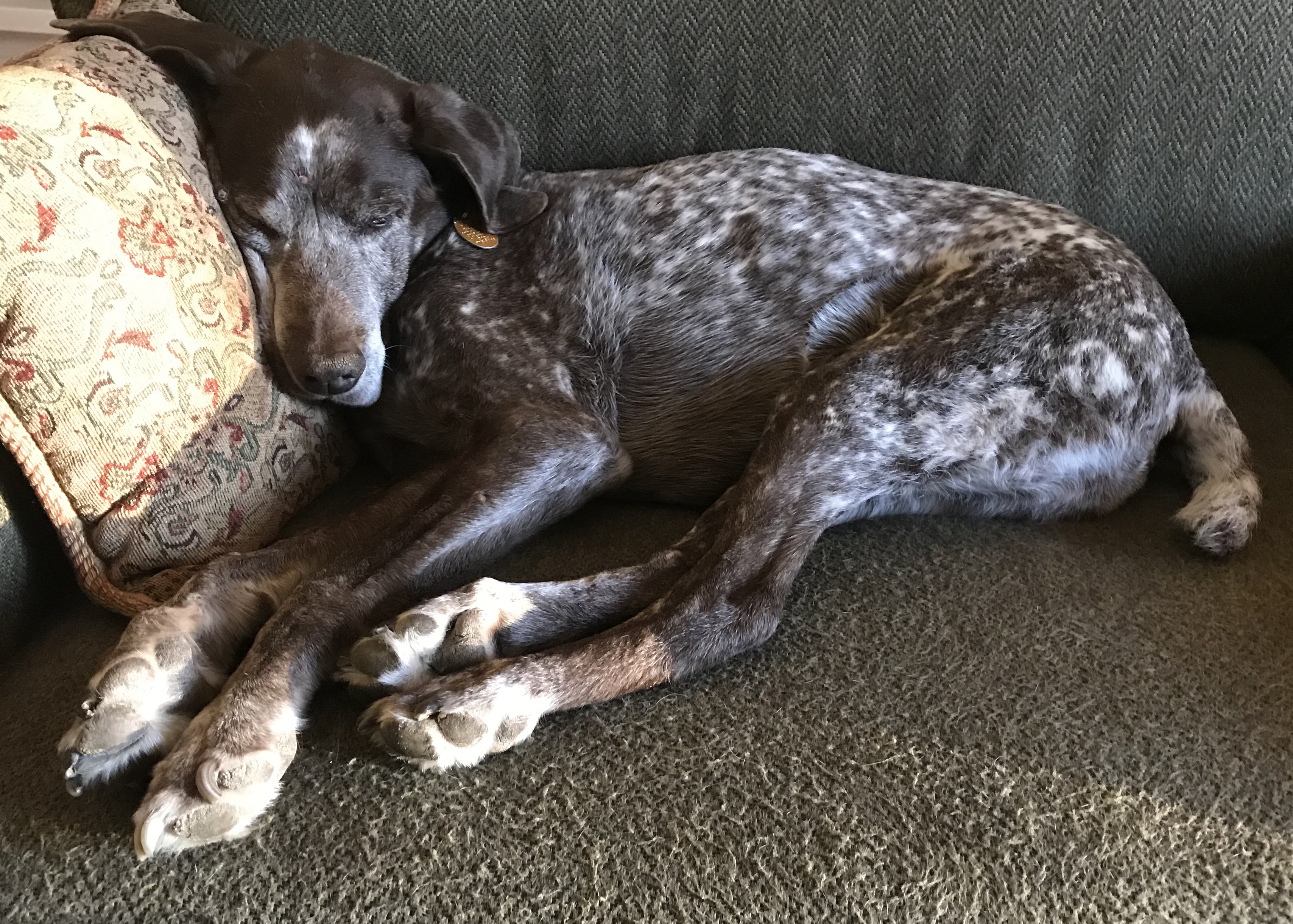 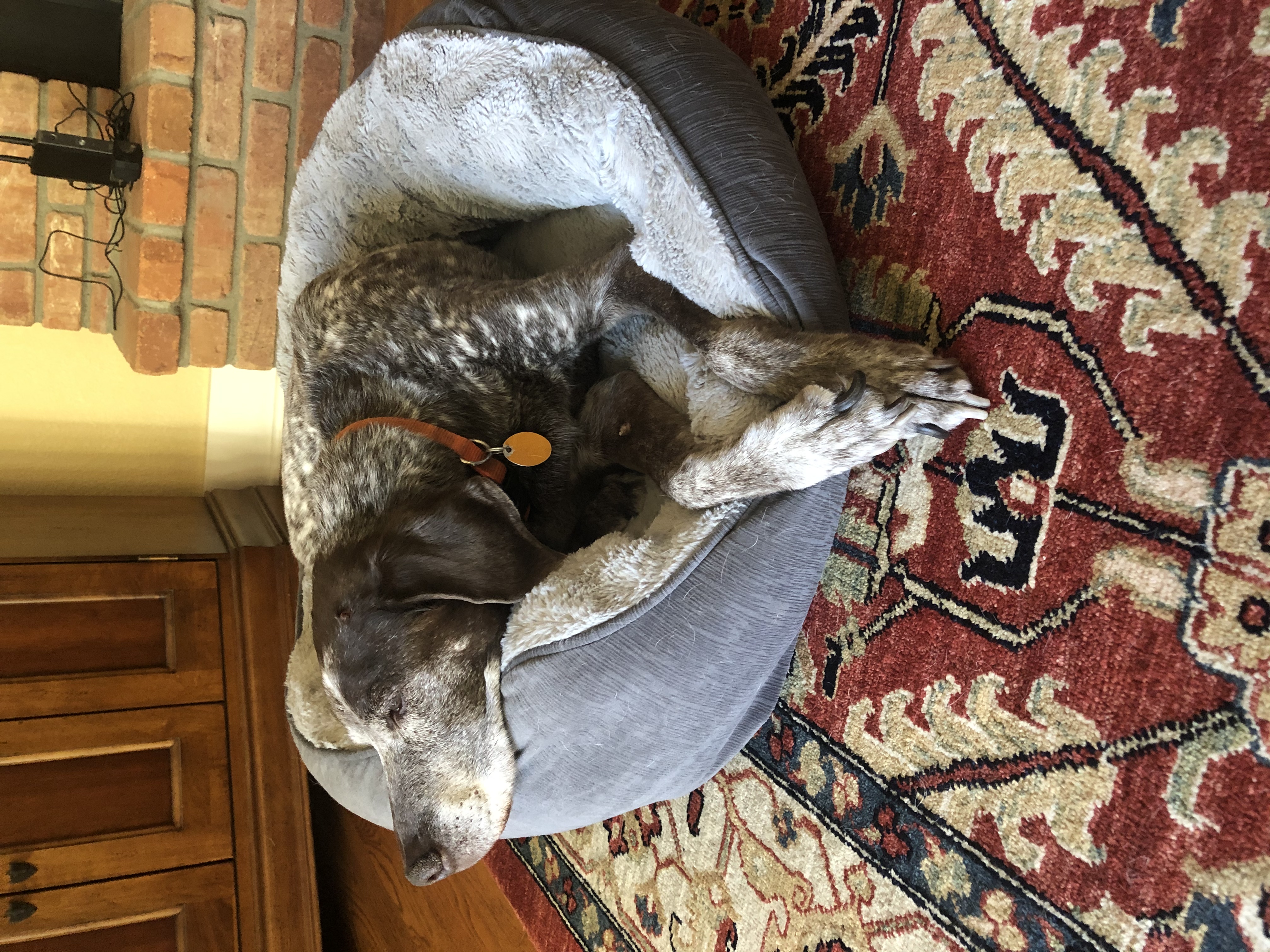 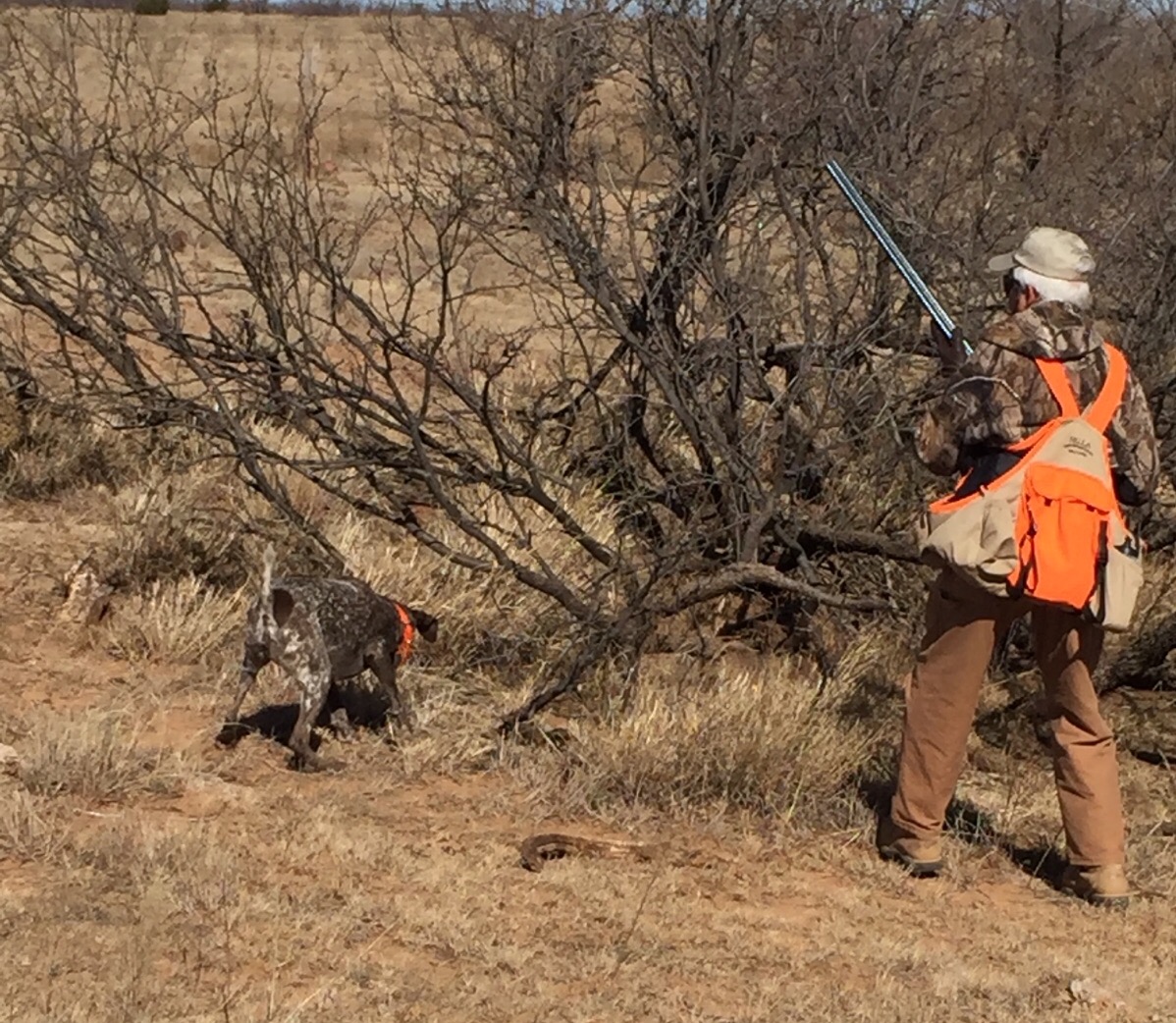 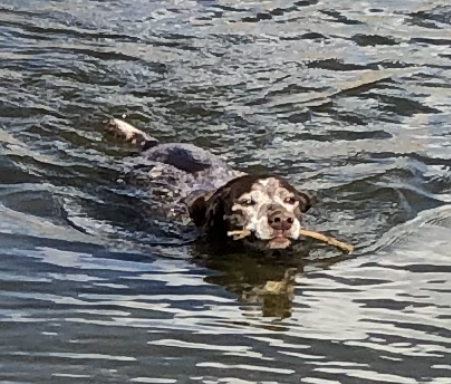 We hunted from Montana to Texas together including at the Rockin-G-Ranch on the best quail hunt we had ever been on.
He was my constant companion even when just going to the store where he would calmly wait for me to return. He road 1,000 miles each direction from Colorado to East Texas to visit while my parents were still alive 4-5 times a year. He even road with me alone on a couple of 2,500 mile each way trips to south Florida while the family flew. Long drives, but he never seemed to be bothered by them.
He went swimming from the Rogue River in Oregon to the Gulf in Florida and many rivers and lakes between. He loved to water retrieve!
At my age, I’ll never get another dog to train. I’ll settle for great memories of my best bud and traveling companion, Rosco.
I’ll miss you old Rosco! I was truly blessed to have had you a part of my life! May you Rest In Peace.
Last edited by a moderator: Jan 11, 2021
Africa on my mind.

I feel your pain Phillip, I've gone through it myself. It wasn't easy for me, and it won't be easy for you.

"The least we owe them is to live a life worthy of their devotion".

The hardest part of being a good owner are those last few minutes, but all those good years make it worth it. Very sorry.
R

I am so sorry, I feel your pain, in fact you brought me to tears as I read your post, it sounds like he had a great life with you, take care.

These times are so sad because of the great love and adventure you two shared. Very sorry for your loss.
"When my friends tell me that I have led a remarkable life, I have to admit having done my best to make it so" - John Kingsley-Heath

Understand completely. Been through it too many times, and my oldest Vizsla (14) is starting to have difficulty getting to her feet. It sadly won't be long. Ruark among others reflected on the all too short lives of our most devoted companions.
"We sleep soundly in our beds because rough men stand ready in the night to visit violence on those who would do us harm" American Novelist - W. Churchill

Sorry for your loss Ridgewalker ! Dogs are really mans best friend , more loyal than most humans thats for sure .
For many their dogs are part of the family and to suffer such a loss is always heart breaking . If and when one of these furred "children" get to the point when there is no longer quality of life then we need to do what is kindest for them , never easy for sure .
I am a "dog person" and over the years I have had many of my four legged friends pass away in my arms , as hard as it is I refuse to allow them to be alone at the end, it is the least I can do for their loyalty .
Once again "condolences" - I feel your pain

I feel your pain @Ridgewalker , been through the same four times already, but you never get used to it.

I still miss them, each and everyone of them.

They will be waiting.... 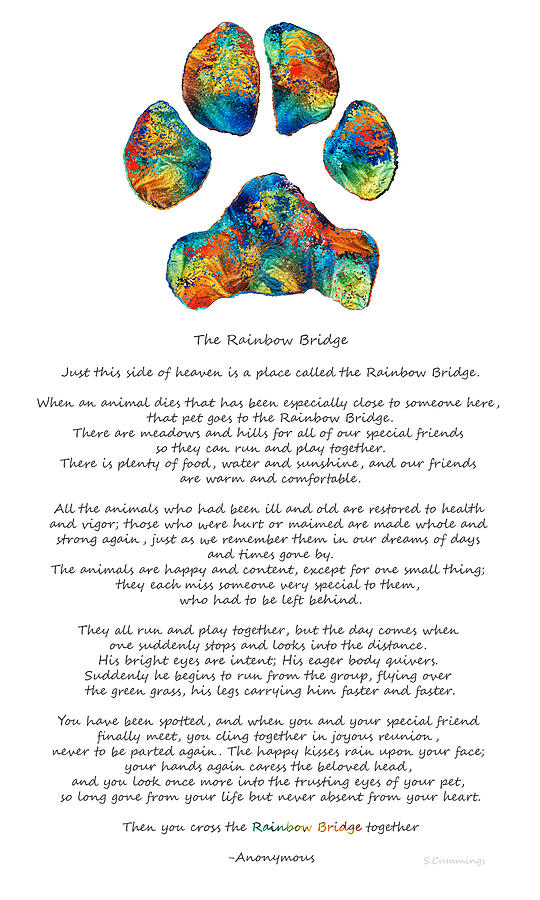 I feel your pain and loss Ridgewalker. I went thru the same almost a month ago with our Border Collie of 12 years, never though that I would shed a tear over a dog, I was wrong. She too went into seizures and we chose to end her grief. A very good friend and working partner. Did the work of ten men. And always happy to see me.

Man @Ridgewalker, I'm speechless brother, and I feel your pain. Been there too many times to count. Remember that unconditional love he gave you, and the memories you and Rosco made together. No one can take that away from you. My deepest and most sincere condolences to you and your family. Rosco is now chasing birds in the green fields of heaven. Get them Rosco.

Sounds like you gave him a great life at least. I wish they could all live forever. My first bird dog was the hardest on me, she was only 3.5 years old.

Very sorry to hear this Phil. Dogs are pretty close to humans in some ways. Definitely tough to lose a long time friend.
RIP

Sorry for your loss Phil. I put down my best friend of 16.5 years also about six months ago And still catch myself expecting her to jump in the truck and go. Sad

So sorry, I have put down two of my Labs in the past year. My wife gave me a Shutterfly book at Christmas, I cried again. They create so many great memories and provide so much love.

Very sorry. We had to put our collie down a few years. I did nothing but cry the week before and week after. Years later I'll still tear up.
WOOOOOO!!!

I’m so sorry to read this. I’ve enjoyed reading of your adventures with him over the past few years. Like everyone here I know the pain. Been through it and my older dog now is 14.5 years old and I know in a year or two I’ll have to face it again.
You were blessed to have Roscoe in your life and he was blessed to have you. Dogs are the absolute best.
"I don't need to shoot farther...I need to hunt closer." - G. Sitton

Sorry to hear this, dogs are so loyal and want nothing in return other than the home we offer them and our companionship.
Chris “Australia"
Dreaming of Africa, Hunted Africa, 2020
The website made me do it!

My heartfelt condolences! They become family members, no other way around it. The oldest of my two dogs is pushing 12, the other 8, and I can’t even think about how lonely and quiet life will be without them. But, just as they do, I try to live in the present and appreciate our time together. As I’m certain you did as well. If there is a heaven, no other creature deserves their place there more than dogs do. Rest in peace Rosco!
You must log in or register to reply here.

An Old Friend Gone Too Soon
2