A Red Forest Buffalo in Kaffa Province of Ethiopia? 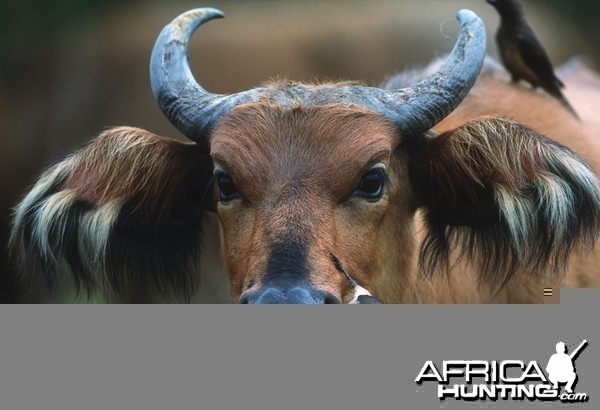 As resident hunters in Ethiopia, in 1974 we heard rumours that small, red forest buffalo were present in the south-west forests of Kaffa Province. We were in the process of arranging a hunting safari for elephant into the area west of Mizan Teferi, and after discussions with the Deputy Chief Game Warden, Leaslem Berhanu, we received special permission to collect a specimen of this little-known animal – if it existed at all.

The size, colouration and shape of horns are very variable in buffalo, and although the many variations are considered to be ‘monospecific,’ these forest buffalo probably derive from two different species, Cape buffalo and dwarf buffalo, that are reported to ‘intergrade’ on a large scale.

In early July we flew to Mizan Teferi and hired a Land Rover for the 27-km drive west to Bandera, an out-station of the coffee plantation that marks the end of the road, where we made our base camp for our one- or two-day treks on foot. The area west from Bandera towards Gurafarda is rugged, heavily forested hill country with intermittent grassy valleys.

We left camp with food for only one day as we’d been told that the elephants we were seeking were close by. However, attempts to catch up with them required more time than we had anticipated. It rained for several hours each day, and walking in the mud was difficult. Considering the distance we’d covered, we decided not to turn back but to push on after our quarry. Our food supply finished, we lived on roast corn and local honey beer.

The local people explained that there were two types of buffalo: ‘the big buffalo’ found in the savannah to the south-west towards the Necho River, and the ‘small buffalo’ found in the dense forested hills of Buftu and Bandera. Of all the animals in the area, the local people consider this ‘small buffalo’ the most dangerous, and are very much afraid of them. I am led to believe that the disposition of this animal is considerably more bad-tempered and nervous than that of the larger Nile buffalo.

The guide took us to a ledge overlooking the valley floor and indicated that directly below lay ‘Ye Saitan Washa’ (Devil’s Cave). Creeping to the edge, I peered down and was amazed to see the tracks of many buffalo disappearing inside it. My guides would not accompany me into the cave, and contemplating an untimely end I decided not to venture to look inside either.

The valley floors were bordered with very tall grass, often as high as three metres, which made animal observation nearly impossible. A low, cow-like grunting was the only sign that a herd of buffalo was feeding nearby. Climbing a tree I was able to observe a herd of 50 ‘small buffalo’ feeding in a clearing about 100 metres away.

The overall body size was smaller than that of Nile buffalo, and the hindquarters seemed disproportionately small. The horns were comparatively small and set far apart, whilst the top of the head was covered with thick, reddish-brown hair. The bosses that cover the top of the head in both Nile and Cape buffalo were completely lacking. The horns of the female were smaller of those of a domestic cow, being rounder and straighter than those of the bulls. The ears carried a long fringe of black hair. The back and body were covered with red-brown hair, although the legs appeared black from the knees down. The tails were very long and ended in a distinct tuft.

I remained in the tree for 15 to 20 minutes; during this time the herd mooed and bellowed continuously, rather like domestic cattle. All the males appeared immature compared with Nile or Cape buffalo bulls, and I chose the largest in the herd for my target.

The wind was in my favour when I came down from the tree and crawled out through the long grass to the edge of the clearing. My bull was grazing 20 metres away and several other buffalo were nearer. Buffalo eyesight is very poor, although they do have a keen sense of smell. If the wind had not been just right I could never have approached so close. As soon as I fired, the guides and porters began to shout frantically to ensure that the rest of the herd was driven away.

We removed the skull and cape for a head mount, and the tail, which was curiously bushy. At this point the guides and porters refused to move before they’d eaten the freshly killed buffalo. They even refused to guide us back to camp. After a lengthy argument one agreed to direct us. He walked with us for a short distance and then pointing to the distant hills, indicated the whereabouts of the camp, and returned to the feast. The porters and guides arrived in camp several days later with distended stomachs, and demanded compensation for their hardships.

Unfortunately, poaching was obviously rife, and we counted nearly 200 leopard traps whist hunting, although we were not intentionally looking for them. Those traps fell into three categories: iron traps (60%); baited wire snares fixed to bent saplings (30%); and set gun traps, where the animal is guided through a corridor of branches to the bait that is tied to the triggers of one or two rifles (10%). Elephant were regularly poached, and the area was dotted with their skeletons. (The skins and ivory were carried from Mizan Teferi by mule to Jimma via Bonga.) One local hunter recollected the time when one elephant tusk was so heavy that he had to cut it into several pieces to be carried by two mules. The days of the biggest tuskers appeared to be already over and, without adequate protection, the remaining stocks of wildlife in the area would be decimated.

Forest buffalo were apparently not as heavily poached as other species because they have little commercial value (no ivory or valuable skin). Although some meat hunting took place, the local people consider buffalo ‘expensive meat’ because it often required five or more bullets to kill, and many wounded animals are lost in the thick bush.

The tail of the buffalo is highly prized as a symbol of manhood, and a man must have proof that he has killed buffalo before he is eligible to marry. Fortunately for the forest buffalo, most of the tails are from the Nile race because these are easier and less dangerous to hunt in the savannah. I had hoped to keep the tail from my buffalo as a souvenir, but it mysteriously disappeared.

We hope that my collecting of this specimen will arouse interest and lead to further study. The small, red forest buffalo of south-western Ethiopia may prove to be a variation of the dwarf forest buffalo Syncerus caffer nanus of West and Central Africa, in which case it would be the most extreme north-east population.

On the other hand, it may be a new, undescribed subspecies, race, or variation. If this is the case, then Ethiopia could boast yet another unique animal.

P.S. Roussos saw these buffalo several times again during the 1980s while hunting elephant in the rainforest with his clients, but no other hunter ever collected one. It is likely some still exist today, but there are so few and the place so remote that they will probably never be hunted again.

It was never determined which species of buffalo this really was.

PH Nassos Roussos was born and raised in Ethiopia. Having hunted throughout the country from a young age, Roussos acquired his Ethiopian PH license in 1973 and later established his own company, Ethiopian Rift Valley Safaris, in 1982. Nassos has been guiding ever since. 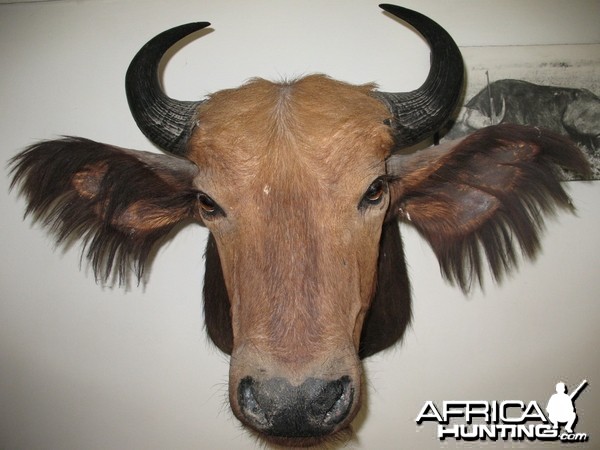 In 1974, resident hunters in Ethiopia heard rumours of a red forest buffalo in the south-west forests of Kaffa Province. PH Nassos Roussos was successful in taking one. He saw them again while guiding for elephant in the 1980s, but no other hunter ever collected one. It was also never determined which buffalo species this actually is.
Last edited by a moderator: Dec 1, 2016
African Hunting Gazette
You must log in or register to reply here.

E
The Ghost Of The Forest