A suitable present for a lawyer would be a Blaser R8, comes in both right and left hand. Easy to pack away and travel with for those international trips.
If you want something real special then try a Blaser K95 in 6.5x55.

A pair of R8s, nice as they would be, are a little north of my budget.

If I were going to spend that kind of money, I'd honestly rather get a pair of Sauer 404s.
"Only accurate rifles are interesting." -- Townsend Whelen

Don't discount the Ruger African In 6.5x55. It shoots lights out, has perfect balance and way more class than the Tikka. They only made 250 so it should hold it's value. Can still be found on Gunbroker for around 1,100 bucks.
Y'all can go to hell, I'm going to Texas! Davy Crockett

sgt_zim said:
I already own a T3X Hunter in 6.5x55. I can stack ELD-X all day long. I was amazed how well it continues to shoot with a warm barrel.

I do have a similar quandary, though. My wife is starting to enjoy hunting, and so is my daughter. I just picked up a cheapy CVA single shot yesterday in 7mm-08. If my daughter really enjoys hunting this Fall, I'll get her something nice.

my wife and I both shoot LH, my daughter is a righty. If I get my daughter something nice, I'd like to make it a pair of bookends and get the same cartridge for myself. That way, my wife will have something light to shoot (6.5x55) when we go together. Since I'm a lefty, my options are limited, unless I build a custom gun.

I want a pair of 7x57. In that, I have 2 options: Montana Rifle Company, and Zastava. I have a lh Zastava in 9.3 (it shoots great), but I was planning on a nice rifle as a gift for my daughter when she graduates law school in 2020. But all of the negative press in this thread regarding MRC has me thinking a different caliber entirely. So now the choice is between 7mm-08 and 280 Rem/280 AI. I'm planning on making the ammo myself, and there are plenty of 280R/AI options to push the bullets at 7mm-08/7x57 velocities until my daughter gets comfortable with the recoil.

That pretty much points me to two makes: Savage and Tikka (in 7mm-08). I've owned a bunch of Savages through the years, and they've all been great shooters. I own the one Tikka, also a great shooter. But neither are, IMO, suitable gifts for a brand new lawyer.

There is the option of Sako in 7x64 - they do offer Hunter and Bavarian in LH. But the budget is 3k, not 4k.

So you and I, we have the same "problem." (I do not consider 1st problems to be real problems).
Click to expand...

What about a Ruger No 1 in 7x57? If you can find one of the older ones with good wood it should work well for you.

That might just work. gunsinternational has quite a few of them, new and used.
"Only accurate rifles are interesting." -- Townsend Whelen

That would likely be a ZG47 or the last of the Model 22’s, with the spoon handle and dovetail receiver.

The ZG is a solid sidewall Mauser 98 large ring clone, where as the Mod21/22 is a more lightweight rifle on a smallring action.

Both had a 1:8” twist to stabilize the commonly used 156gr bullets of the day
"I love sleep. My life has the tendency to fall apart when I'm awake, you know" - Ernest Hemingway

I used one of the Brownells short chambered 6.5x55 barrells and my GS re chambered it with a German made match chambered reamer in 6.5x57 and threaded it onto a 1916 Erfurt SR action for me. I made a blind mag stock from a beautiful blank for it and have a superb rifle now. Load the 139gn privi partisan bullet to 2800fps with excellet accuracy and great terminal performance. https://www.africahunting.com/threads/a-1916-erfurt-small-ring-project.26236/ 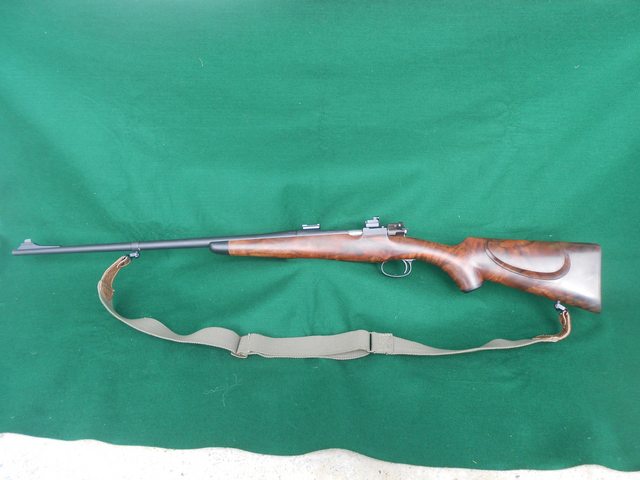 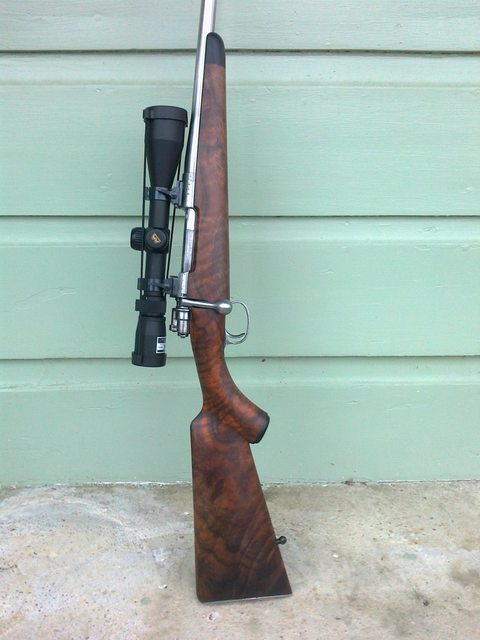 Still considering a 7x57 if the right one comes along!
Click to expand...

I apologize for being almost a year late to the ball.
My mind is no longer as sharp as a military grade laser.
Now it’s more like a second hand store flashlight.

Anyway, I’m with you on settling the question by owning both the 6.5x55 and the 7x57.
Great minds think alike.
My present day rifle in the Swede caliber (Sold my old uncut military Swedish Mauser) is a late model CZ 550 FS / 4x Kahles scope, in Alaska brand lever rings.
It is surprisingly accurate for such a handy little full stock carbine, with 160 grain round nose softs (Hornady) and all brands of factory loaded 140 grainers that I have tried in it, so far as well.

And my 7x57 is a Venezuelan Model 98 Mauser, as issued, with 23.something inch stepped barrel and typical sleeved tangeant rear sight plus “barleycorn” front blade.
I bought it at a gun show, many years ago, as only a barreled action, packed in grease that had turned partially solid, like varnish.
And, it was wrapped in paper that, in places cracked off like potato chips as I unveiled my $250.us dollar prize.
It has a bent down bolt handle, in a military arsenal type of bend (not the Gunsmith type of bend/grind for a scope).

After many hours of careful cleaning, it appears to have never been fired or even been in a stock.
Local (Anchorage) Professional Gunsmith, Andy Hawk is presently stocking it in American black walnut, Schnauble forend tip and “hog’s-back” / Bavarian” style stock, with enough drop at the heel for the issue iron sights.
I’ve no plan to scope this one.
I believe it was made in the 1930’s and so likewise has a long throat and fast twist rifling, for the long, heavy round nose military bullets of the day, typically around 173 to 175 grains.
I’m intending to use the stripper clip guide for what it was intended, as I do have a supply of stripper clips that, came with a quantity of surplus 8x57 ammunition that I had bought many years ago.

Parting Shot as it were:
Since the well over 100 year old 7x57 is as close to flawless as it can be, I see no earthly reason for the 7mm-08 to have made it past the trailer park work bench wildcat stage.
It is the ballistic twin of the original Mauser version with 140 grainers and lighter bullets but, too short of magazine in factory repeaters to readily use heavy bullets when needed (large boar, black bear, deer/elk combination hunts and dreaded African “plains game”).
A lot of people dig on the 7-08 / 140 grain so, I guess I’m just destined to remain a confused old man about this one.

I'd buy the Tikka. I really like them. Unless you can find a Sako 75 in good condition, they're just fantastic. Or an old Tikka 595 - I had one of those in 7-08 and it was one of the most accurate rifles I've owned.

You and me both. I do not get any of the new short cartridges (including the magnums). Just like 6.5 Creedmoor or 6.5x47 Lapua, etc. The classic 6.5x55 can do everything the creed can and then some. I was never fascinated with a short action I guess. I do use short action with 6.5x55 for target shooting, but only because there the fewer ounces of weight matter somewhat and mainly the short remy can and has been fitted with a nice 2-stage Anschutz trigger. Otherwise I'd sooner use the "normal" length Tikka action. I also use the 6.55x55 for target shooting due to less recoil and feel if I have 7x57 for hunting, I do not need 6.5x55 to hunt with. So, for me at least, two wonderful old classics good for either activity but 6.5x55 for targets and 7x57 for the woods.

I've been on the hunt for a 7x57 to pair up with my 35Whelen for a future trip. After about 6months of scrounging I finally found a really nice Euro stocked CZ550 7x57 with the 24'' barrel . 7x57s are a bit scarce in the colonies especially with the 24"

I think if we all thought the same thing the rifle manufacturer's would be broke. They sure have alot of repetitive calibers.

move down to 162 gr to make it more pallatable?
Z

Dewald said:
That would likely be a ZG47 or the last of the Model 22’s, with the spoon handle and dovetail receiver.

The ZG is a solid sidewall Mauser 98 large ring clone, where as the Mod21/22 is a more lightweight rifle on a smallring action.

Both had a 1:8” twist to stabilize the commonly used 156gr bullets of the day
Click to expand... 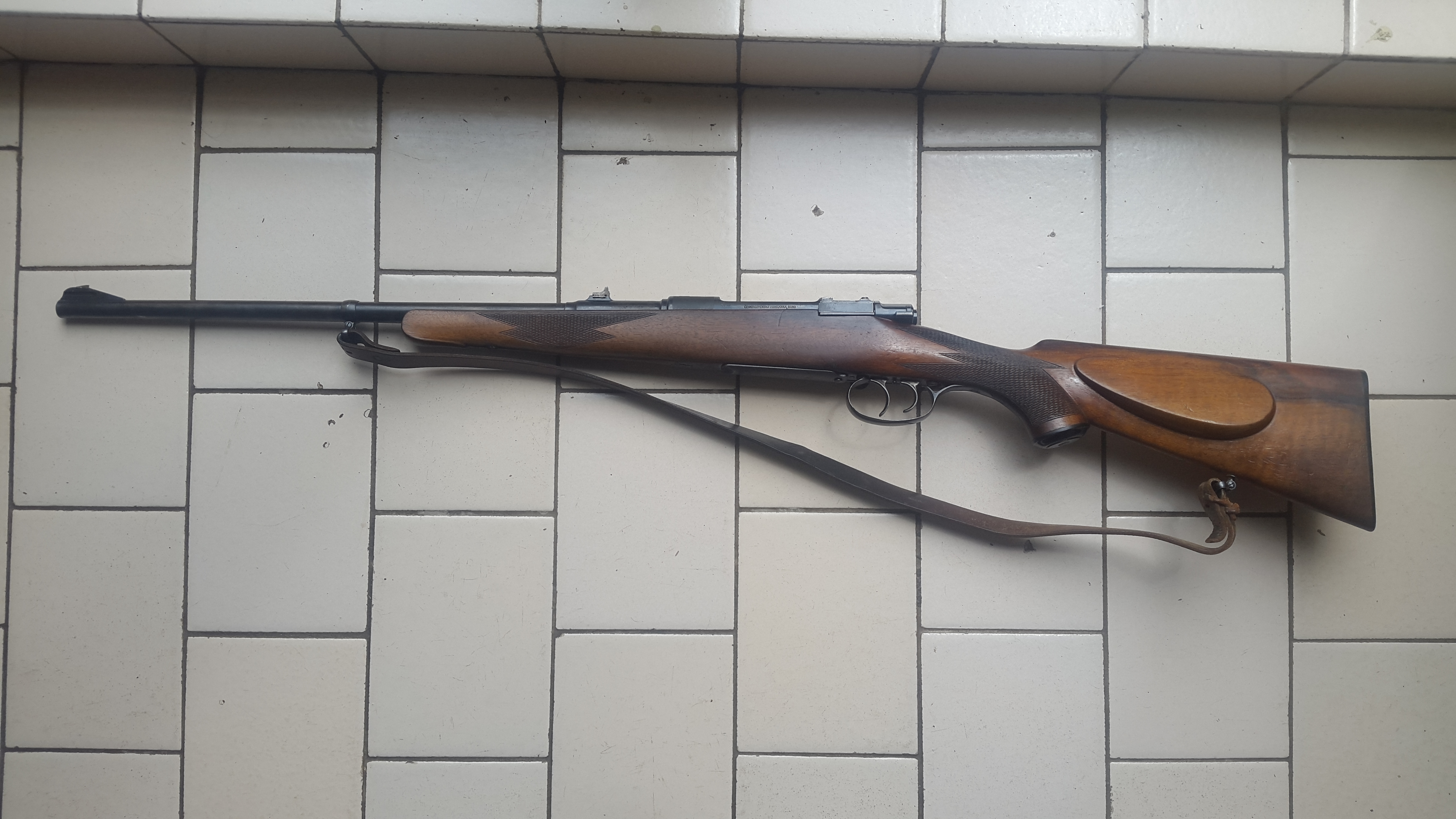 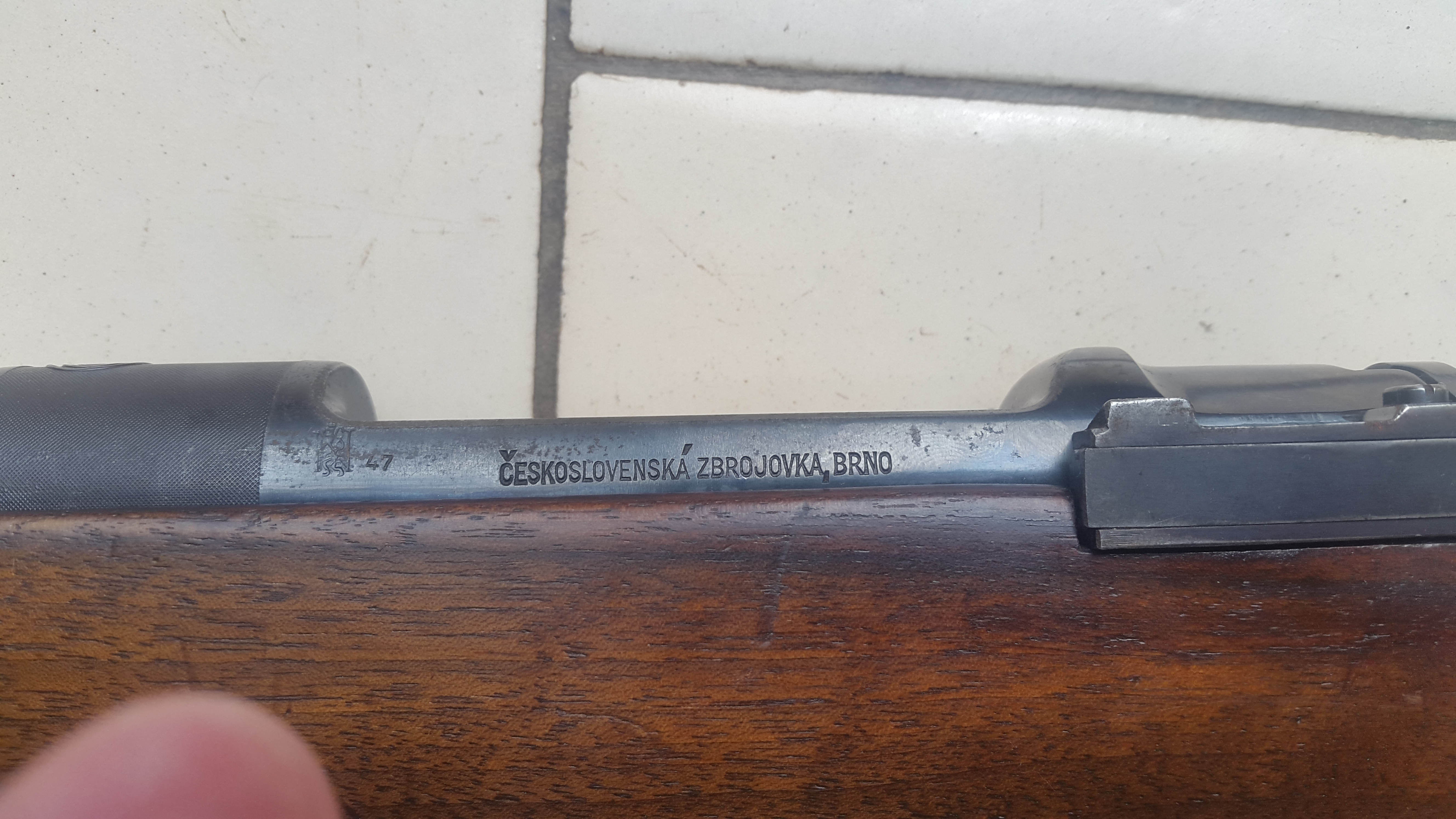 We're going to load 140gr berger or Hornady elx's ... what powder and what amount to load from your own data?
You must log in or register to reply here.