So I have a Ruger M77 in 6.5x55 that I have been reloading for for some time. It is my one of my favorite rifles and I will never get rid of it. Great old classic caliber.

I have shot it quite a bit but even using really slow powders like RL22, I can't seem to get a 140 grain bullet over 2550fps without getting ejector slot marks in the base of my brass. Yet I see people online constantly stating that they are "easily" getting 2,800-2,900fps from a 24" barrel. I feel like they have no idea what pressure signs look like, their chronograph is wrong or they are downright making it up unless they know something I don't know. Now granted, I am shooting from a 22" barrel but that won't account for 300-400 fps. It may not be possible in a standard length barrel and these people either have an original military rifle with a 28" barrel or are running the ragged edge of pressure or both.

Keep in mind that I also am not going to beat the heck out of my gun to get that kind of speed. If it isn't possible then I guess I will have to stick with the best I can get. I would just like it to shoot a little flatter and have a little better expansion probability at 250-300 yards.

I also will not try "worked up" loads. I only start with data published by a reputable source that is pressure tested. I want to be able to hand my rifles down to my kids and shooting unknowns is not the best way to make a rifle last.

Any insight would be appreciated.
"I am not a good shot, but I shoot often" - Theodore Roosevelt
L

https://load-data.nosler.com/load-data/65x55-swedish-mauser/ All about 2700fps with best powders

2600-2650 seems to be a popular sweet spot for velocity on the handload front.

I can tell you that the Europeans have hotter loads but that's because they have another cartridge called 6.5x55 SE. It's for modern actions and usually on lapuas, rws and Norma brass. Look at Norma and Vihta Vuori powders in their load manuals and you'll find the key to the speed you want. SE means hot loads for modern actions only, Aka +P loads.

SAAMI does not support what you are trying to do, go to the Europeans. 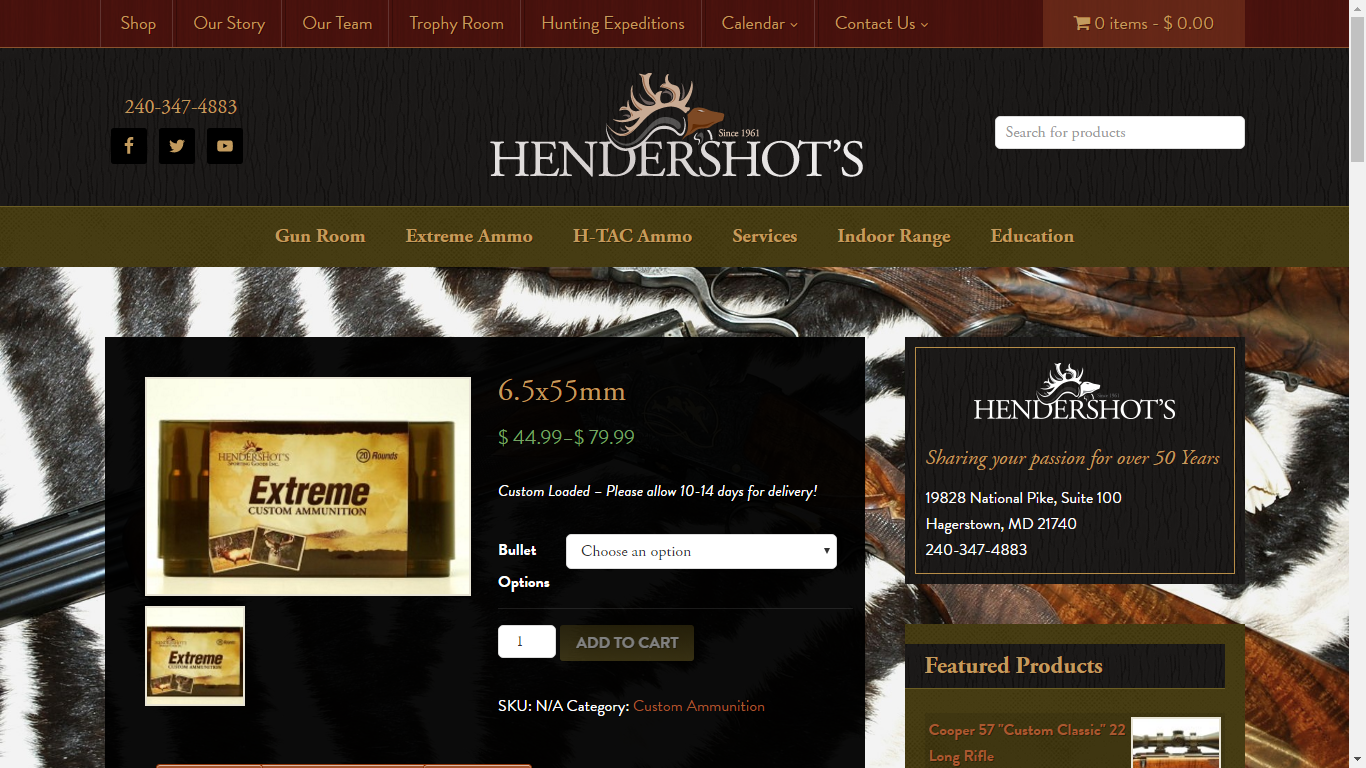 Thanks. It looks like I am currently right in the ballpark for 6.5 swede avg. velocity for a hunting rifle. Not that I am complaining. It kills deer like there is not tomorrow. I was just wondering if I was missing out on it's true potential.
"I am not a good shot, but I shoot often" - Theodore Roosevelt

I have loaded 120 TTSX out of the gun and I don't even get 2900 with them. That's why I was so confused.
"I am not a good shot, but I shoot often" - Theodore Roosevelt

These people know more about 6.5x55 than we ever did. This is safe load data for EU / CIP way beyond what SAAMI tolerates in the USA. Use a Krag Jorgenson or old swede military gun and you may die with these loads. Modern rifles only!

These people know more about 6.5x55 than we ever did. This is safe load data for EU / CIP way beyond what SAAMI tolerates in the USA. Use a Krag Jorgenson or old swede military gun and you may die with these loads. Modern rifles only!
Click to expand...

Thanks. I will have to look in to Vihta Vuori powders. I usually steer clear of them because they are so ridiculously expensive.
"I am not a good shot, but I shoot often" - Theodore Roosevelt

You are right in the range of what I have experienced. I could not imagine those speeds with 140 gr
"When my friends tell me that I have led a remarkable life, I have to admit having done my best to make it so" - John Kingsley-Heath

I don't know much about speed as it's never been in my concerns, I just know you can get there. I know that 6.5s typically are most accurate in 98% to 102% powder fill to case capacity. (Moderately compressed loads)

Norma, Lapua are your best manuals for info as they are more aggressive on what a modern gun can shoot.

The 140 and 160 are such amazing projectiles with their inherent high BCs they really shoot great until pushed so far that they distabalize. In 6.5x284 they are more accurate at 50fps less than top speed. I suspect it is the same for 6.5x55 SE, albeit at a slower overall velocity.

Nothing hit with a 140gr 6.5 properly gets up and runs away. Even at 300 yards where there isn't that much foot pounds left, it still works.

+1. Even factory Hornady Superformance is only 2735fps with 140g SSTs. I can get close to 2700fps with 140g Accubonds and RL22. In an Encore with an EABCO 22" barrel with an integral muzzle break. With the break you can actually watch the rounds hit steel through the scope. Pretty cool.

My son shoots the 140g SST Superformance out of his CZ 550 FS. It makes a pretty big muzzle flash!

Rookhawk, sorry for not responding sooner, I've been without internet service since Monday. The Swedish Mauser has been underserved in terms of pressure and velocity by SAMMI. The reason for that was the 6.5 x 55s produced prior to the 1896 Swedish Mauser. It is not so much the caliber but the rifle itself that I have been touting. Please refer to Nathan Fosters writings concerning the Swedish Mauser. SAMMI limits 6.5 x 55 loads to 44,000 psi. The Swedish Mausers were proofed at 68,000 psi a hundred and twenty years ago. My loads push 140 Gr bullets at an avg of 2775 fps. Just for giggles take a look at Hornady's Superformance loads. They are achieving over 2700 fps with a 140 Gr. SST bullet. I read an article supposedly written by the head of Norma's Ballistic Department that stated that their proof barrel for the 6.5 x 55 was good for 81,000 psi. The action that is attached to it is an 1896 Swedish Mauser.

Nathan Foster's writings consist of five books and his Knowledge Base. You can get to his website by clicking the following link http://www.ballisticstudies.com/ The only thing you can see online is the Knowledge Base and a synopsis of what is in each of his books. I was in love with the 1896 Swedish Mauser's accuracy for many years before I ever heard about Nathan Foster. After I read his Knowledge Base on the 6.5 x 55 Swedish Mauser I realized that I had a "tiger by the tail" all I had to do was load it up properly

@ChrisG 6.5x55 SE is the standard for cartridge, chamber and rifling specifications. I consider the SAAMI items (with reason) to be wildcat product. There have been reported problems with short headspace in both U.S.-made cartridges and chambers. I would never use Remington cases, due to the many written and verbal reports I have received, which indicate the use of a .30.06 base case. I have a friend with a nice accurate Voere (2165 if I recall correctly). It is extremely accurate, in all positions. He uses it for hunting and 4P competition.
A mutual acquaintance, who is the Federal ammunition importer, gave him some Federal ammo, about ten years back. It was good for the side door of a barn and that was about it!
There have also been reports of (internally) undersized U.S.-made rifle barrels, which could be the source of your confusion. I suggest that you slug the barrel, calculate the average internal diameter, and compare that to SAAMI specs. NB I would expect a Howa rifle, by contrast, like all the European product, to have C.I.P. dimensions.
A good shot at close range beats a 'hit' at a longer range.

The 6.5x55 is a very confounding cartridge for me.

The rifle is a Merkel Helix. Fairly sensitive in its own way. I haven't quite figured it all out yet but it is quite brass sensitive. Nosler brass resizes fine but PPU does not. Regardless, I am getting 1/2-3/4" accuracy with several bullets so it's not an accuracy issue I suffer. It's really all about achieving a degree of velocity.

Things didn't start to click until I loaded up some RL22. Results are too soon to tell but initial testing of a straight ladder put me right at 2700 fps with a 140 Partition with no significantly negative pressure signs.

rnovi said:
The 6.5x55 is a very confounding cartridge for me.

The rifle is a Merkel Helix. Fairly sensitive in its own way. I haven't quite figured it all out yet but it is quite brass sensitive. Nosler brass resizes fine but PPU does not. Regardless, I am getting 1/2-3/4" accuracy with several bullets so it's not an accuracy issue I suffer. It's really all about achieving a degree of velocity.

Things didn't start to click until I loaded up some RL22. Results are too soon to tell but initial testing of a straight ladder put me right at 2700 fps with a 140 Partition with no significantly negative pressure signs.

I know! I haven't fully pushed RL22 to its limit yet. I tried RL17 because I have a bunch of it for .375 H&H. It is too fast for any decent velocity with 6.5X55. I was trying to simplify my life with one powder for two rifles... It works for handguns... not so much for rifles.
"I am not a good shot, but I shoot often" - Theodore Roosevelt
You must log in or register to reply here.