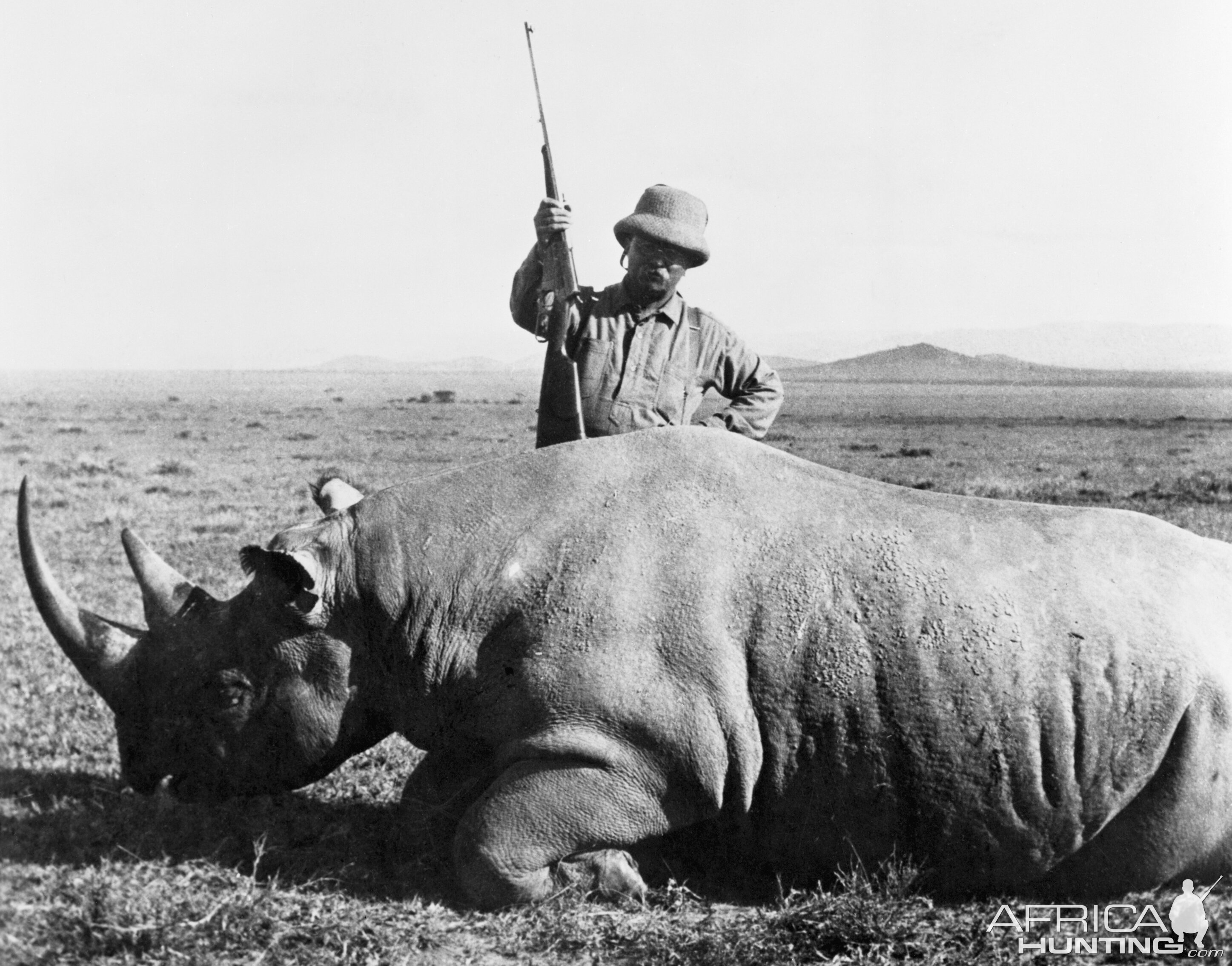 
The murder of Cecil, the magnificent Zimbabwean lion, is a vivid but shabby illustration of the dilemma posed by the hunter-conservationist. President Theodore Roosevelt epitomized this dilemma. No other American President has ever been as close to nature, or loved it more. No other president has killed, or saved, as many animals.

By the age of eleven Teddy had penned essays on fireflies and ants. The “Roosevelt Natural History Museum” that he founded in his bedroom was crammed with over 1,000 specimens. But in 1885, at the age of 25, he set out on one of the last buffalo hunts in the Dakotas. A mediocre shot with poor eyesight, he hit a bison at 325 yards, and never found the wounded animal. Roosevelt continued this unsporting practice 26 years later in East Africa, after deciding that instead of running again for president he would go on safari in 1909.

Largely financed by Andrew Carnegie, the 12-month safari required 500 porters and sent 11,400 “specimens” back to the Smithsonian Institution. With his left eye blind from a boxing injury suffered in the White House, Teddy Roosevelt violated basic sporting conventions. Many of the 512 animals killed by his son Kermit and himself were shot repeatedly at excessive ranges. He lost wounded animals. Sometimes he let other shooters finish the job. Roosevelt’s Kenyan friend Lord Cranworth, whose firm outfitted the safari, deplored “the slaughter which [Roosevelt] and his party perpetrated,” asking, “Do these nine white rhino ever cause Roosevelt a pang of conscience or a sleepless night?” (Cranworth was my uncle’s father-in-law, and told me the details.)

But throughout his life, Teddy Roosevelt, like so many hunter-conservationists today on every continent, did the single most important thing to save wildlife: he fought to protect natural habitat. Before Roosevelt sailed to Kenya, he had quadrupled the acreage of the nation’s public forests. Fighting the timber barons, he built the Forest Service, which came to administer one twelfth of the land of the United States. He also created 55 wildlife refuges, expanded national parks, organized conservation conferences, and popularized a sensibility of respect for nature and preservation of the wilderness. With equal passion, he protected the Grand Canyon, wild flowers and grizzly bears.

The scrambling of the ethics of hunting and conservation, often by the same people, is still expressed today by many of our country’s millions of licensed hunters. The conflict seems to lie in the primitive evolution of man as a hunting creature, and in the intimacy with nature and the naturalist excitement that hunting revives in people today. Hunting was man’s first organized endeavor, his first craft, and the central subject of his earliest art. There is more to it than vanity and macho self-satisfaction and commerce, though there is often far too much of those. The deep relationship between hunting and human nature is inescapable. Hunting and fishing are the most intense form of integration, or re-integration, with nature. As the Spanish philosopher Ortega y Gasset expresses it, “man is a fugitive from nature.” He can re-enter it by hunting. When one hunts (or stalks on foot without shooting, as I prefer), all one’s senses sharpen. You actually see, hear and smell better. But it is hard for non-shooters to believe that hunters love and protect the creatures they kill.

Properly controlled licensed hunting, especially in Africa, can and does preserve wildlife and habitat. In many countries, hunting and fishing licenses finance conservation. Due to poaching, population growth and habitat loss, the reduction in Kenya’s wildlife has taken place since the 1977 ban on hunting. Hunting safaris are the natural enemies of poachers. Good professional hunters turn poachers into game scouts. They generally require their clients to shoot old males that are no longer breeding. They destroy snares. Being armed, they scare off the poachers who poison water holes and machinegun the wildlife.

But government corruption and incompetence, as in Zimbabwe today, compromises the benefits of this system. Too often, as with Cecil, the finest animals attract the most depraved forms of hunting. A magnificent dark-maned male, who I believe I saw one evening in Hwange National Park last May, Cecil was baited to leave the safety of Hwange, with a carcass dragged behind a vehicle to leave a long trail of scent. Then he was wounded with a bow and arrow by a rich American dentist, perhaps firing from the safety of a vehicle. For 40 hours, Cecil fled his hunters, until finally they ran him down and killed him with a rifle. before beheading and skinning him. The reported cost to the dentist was $54,000. In Roosevelt’s day, a rhino license cost $15, an elephant $85. Lions and leopards, common and considered pests, required no license.

Bartle Bull is the author of Safari: A Chronicle of Adventure and The White Rhino Hotel, currently under contract for a television mini-series.
Last edited by a moderator: Dec 6, 2017

Thanks for sharing Tom. Not what I would hope Teddy would be remembered for at all.

I have only read excerpts of African Game Trails, though once I read that the guide had to shoot a charging rhino. Is that what it means by let other shooters finish the job?

CAustin said:
Thanks for sharing Tom. Not what I would hope Teddy would be remembered for at all.
Click to expand...

Why is this nowhere else? Even MSM won’t criticize Teddy!

The "spin" of this article places many things out of context. The hunting "mores" of Teddy's time were a lot different than those of today.

There is the answer! Like the New York Times!

Shootist43 said:
The "spin" of this article places many things out of context. The hunting "mores" of Teddy's time were a lot different than those of today.
Click to expand...

Such as hunting with dogs. Back in Roosevelt’s day, it was acceptable to hunt with hounds. Now due to clever work of antis, hunting with hounds is controversial, even among hunters.
You must log in or register to reply here.

Theodore Roosevelt in Africa in 1909