We never read in the news the success story's of the conservancies... the success of trophy hunting. 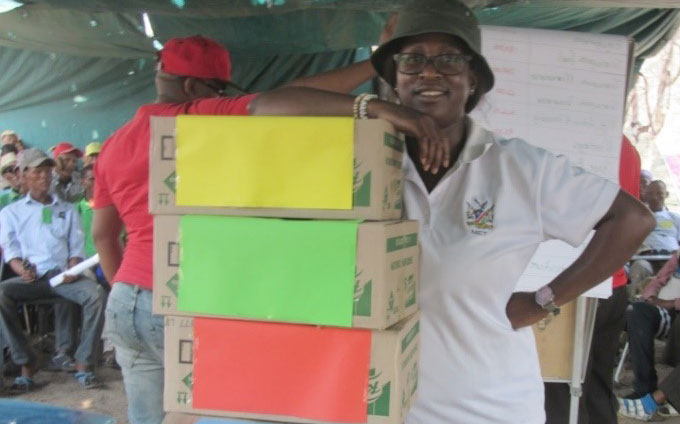 The Nyae Nyae Conservancy (NNC) will use over N$3million in benefits to the community; including a cash benefit to each member, payments towards coffins in the event of a members death, contributions to local schools and the Traditional Authority in 2018.

This was revealed late last month when the conservancy and Community Forest held their Annual General Meeting where 72 voting members of the community attended and democratically decided on the funds to be used.

The constituted meeting brought together representatives from every village in the area to get reports on activities and finances. As well as approve new workplans and budgets for the coming year and vote members into governance positions.

According to the AMG meeting, the funds will also support water infrastructure development and agricultural activities with equipment and seed.

At the event members also elected their governance representatives as required by their constitution, with the attendance and observation of the Ministry of Environment and Tourism (MET) to ensure that the meeting complied with MET requirements and the Nyae Nyae Conservancy constitution.

Nyae Nyae was the first gazetted conservancy and is the second largest in Namibia. It is also one of the highest earning conservancies in Namibia through its Trophy Hunting Concession. With this income it employs 25 local people in permanent positions from Rangers to Craft and Agricultural Officers. The conservancy also makes a significant contribution to the local Ju/’hoansi San community through direct benefits.

Xoan//’an /Ai/ae, the Nyae Nyae Conservancy Chairperson, said, “We have many challenges but each year at out AGM we come together to decide how many activities and projects can benefit the community.”

Good to hear!
You must log in or register to reply here.