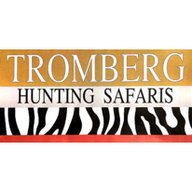 Mabalengwe Safaris are the concession holders for Matetsi Unit One, Zimbabwe. Since 2017 under new management Aug 5, 2018