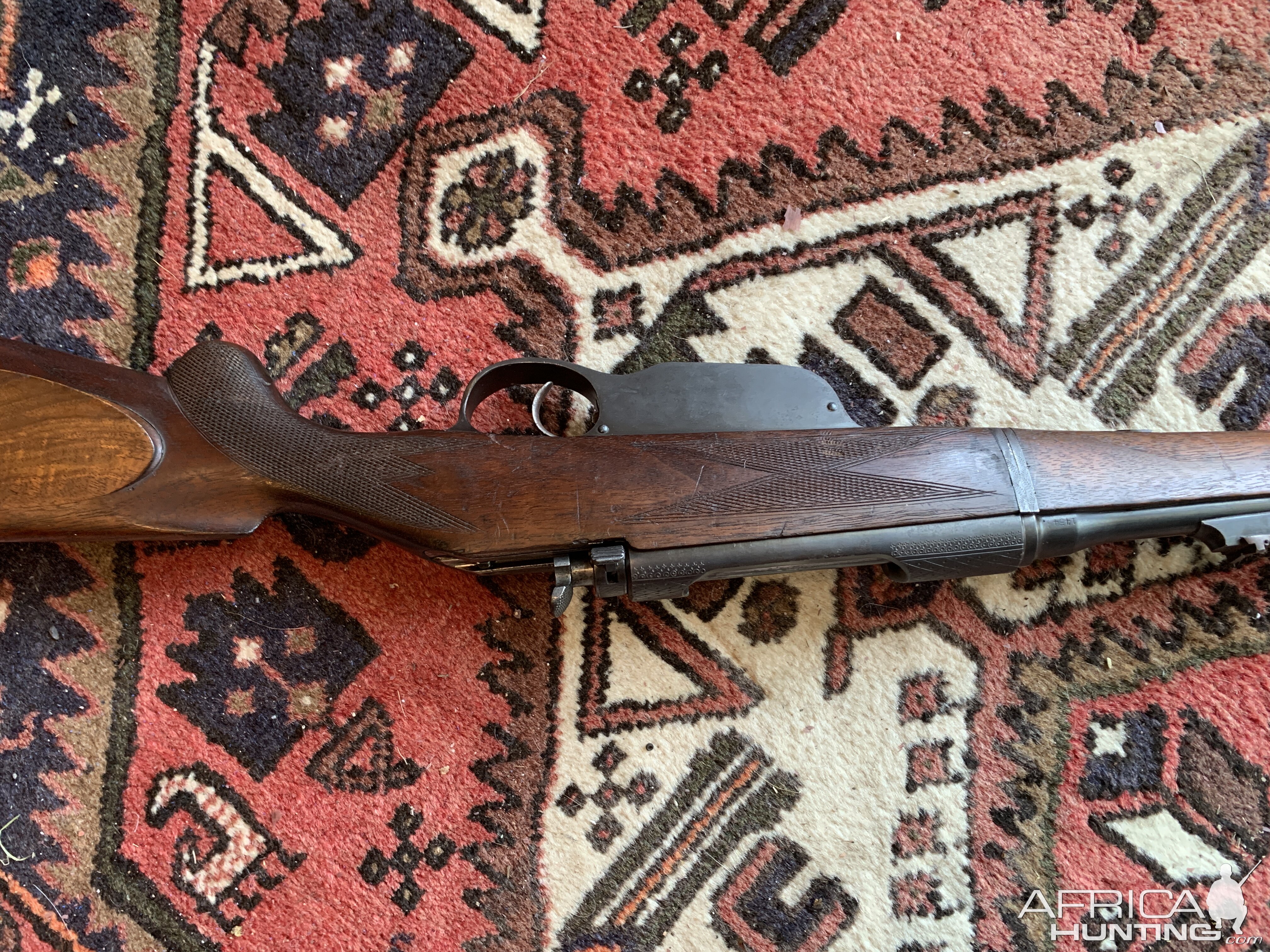 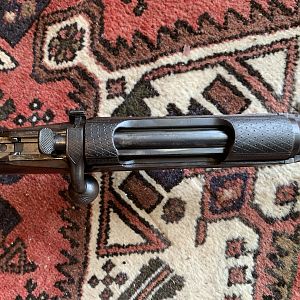 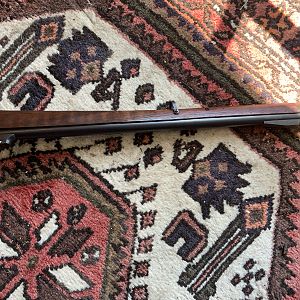 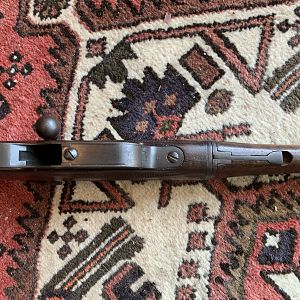 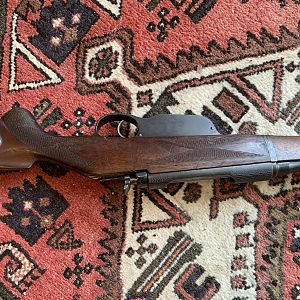 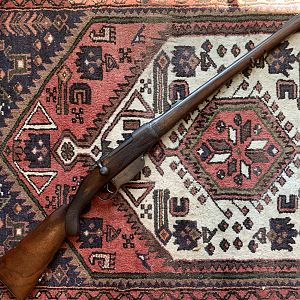 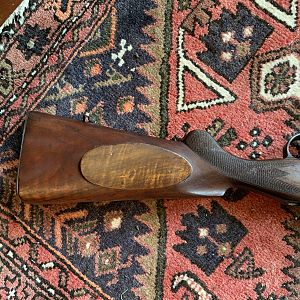 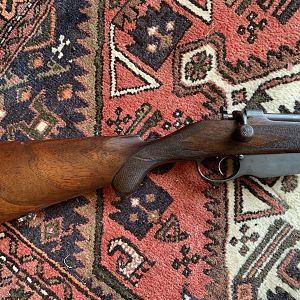 It's an Austrian Ferlach built Mannlicher Model 1895 in 8x56. I cannot ascribe the gun to a particular maker but I assume someone that gets into the gun would find additional proof marks that would pinpoint the manufacturer in Austria. For those unfamiliar with the model, it is a magnificently designed straight-pull gun ideal for driven and running game due to the speed you can operate the bolt. Ammo is readily available in the US market along with reloading components. The gun is an extermely rare "British Style" take down rather than the more typical definition of a Mannlicher take-down that usually means only the stock comes off. This little package could be put in a case that measures little more than 21" disassembled! Full mannlicher stock of about 19". The bore is a bit gray and needs some clean up as I pushed a couple patches through and it weeps lead. I'd call the bore "good" at present but I think it could be much improved with some cleanup. It has a single trigger with an adjustable weight via a screw in the trigger guard. A little TLC would bring this gun back to a real showpiece if you wanted to restore the wood that is in decent condition as it is. The wood has a plugged hole at near the muzzle, a well executed repair to a splinter near the muzzle, various small dents, and a small chip out of the raised cheek piece. Length of pull is somewhere around 13.5". The action is tastefully engraved. The front ramp is engraved, as is the rear sight island which features a standing and folding sight. It is curio & relic eligible.


To operate the rifle, you pull straight back on the bolt and simple rack it forward. Once you're used to the bolt functionality, you can reload without lowering the rifle. It has a safety to lock the bolt in cocked and uncocked states.

The gun is so compact you'd need to find a large pistol case to accommodate it, take down shotgun cases are way too big. It would be a blast to use on cull hunts or hog hunts with its fast reloading being ideal for driven game.
Click to expand...
There are no comments to display.