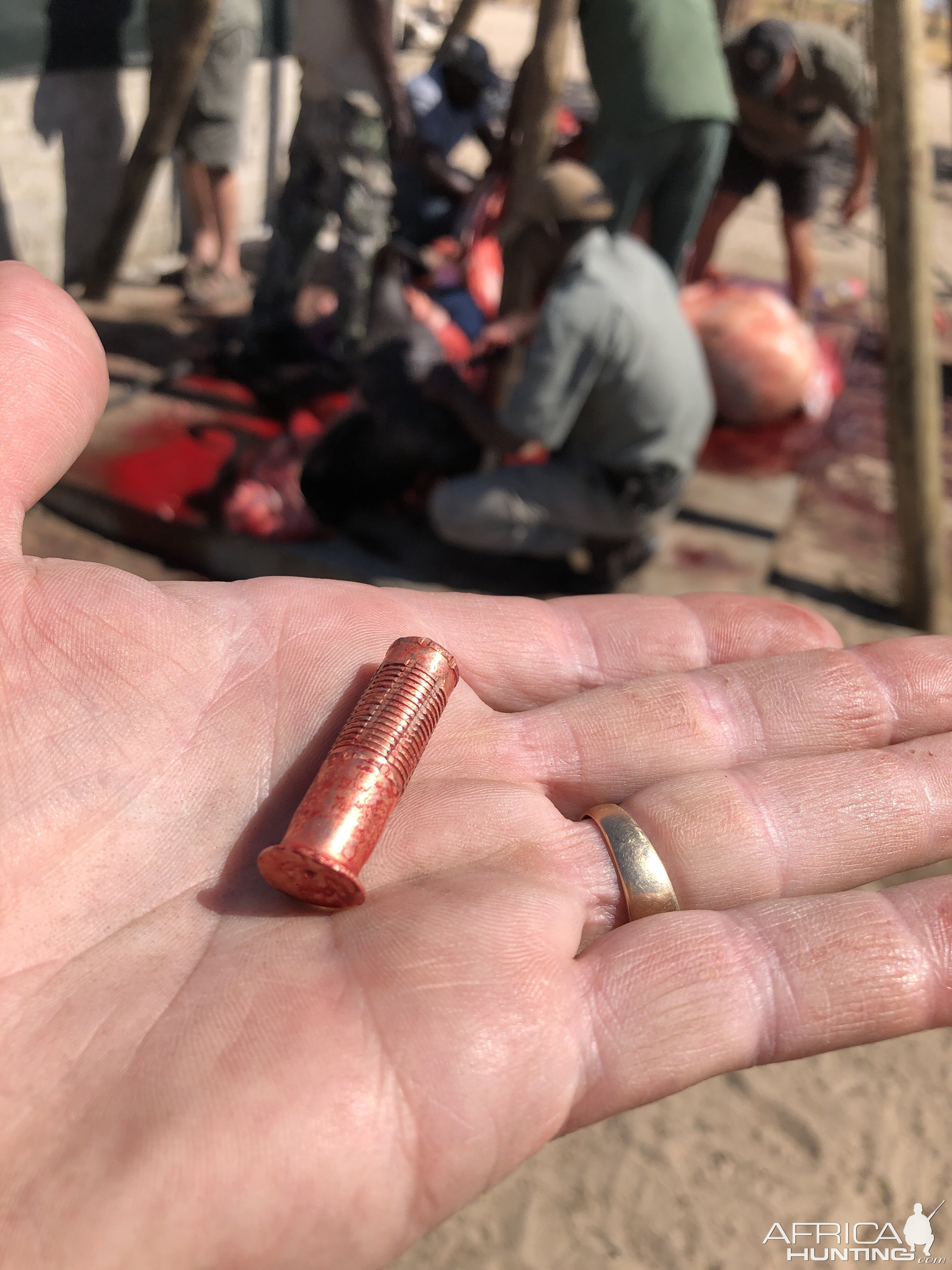 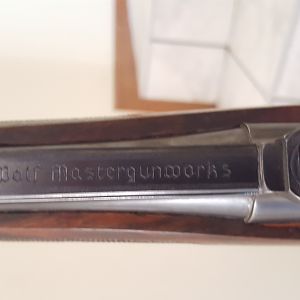 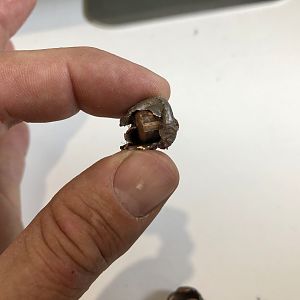 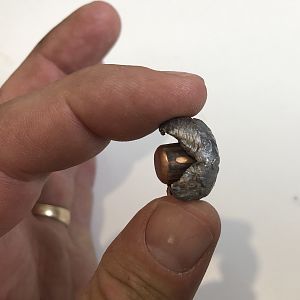 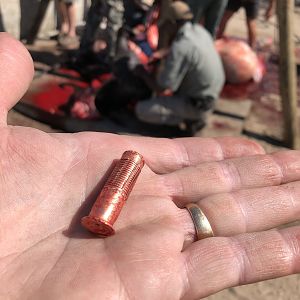 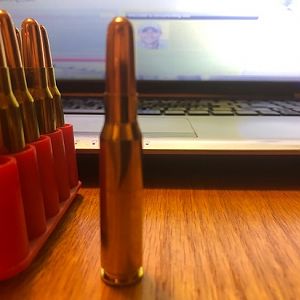 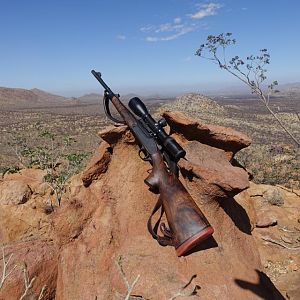 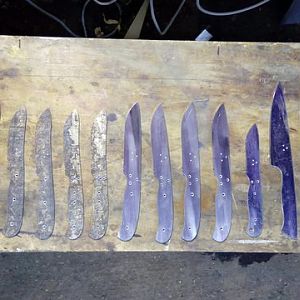 Type of bullet: North Fork cup point solid
Bullet speed: MV 2100 FPS
Distance of shot: 80M
Original weight: 400 gr.
Recovered weight: 400 gr.
Calibre: 450-400 3"
Species: Cape buffalo
Shot placement: this was a follow up shot from rear, buffalo was already mortally wounded and had spun away and starting to run. Bullet hit inside surface of right "ham", penetrated hindquarter ( missing the femur), through guts, rumen, and part of the right lung, lodged in ribcage on right side, after at least a meter and a half of penetration. There was a very noticeable "whomp' when the bullet hit, and visible reaction to the shot. buffalo ran only about five more steps. I was very impressed. Of course they quit making them!
Click to expand...
There are no comments to display.