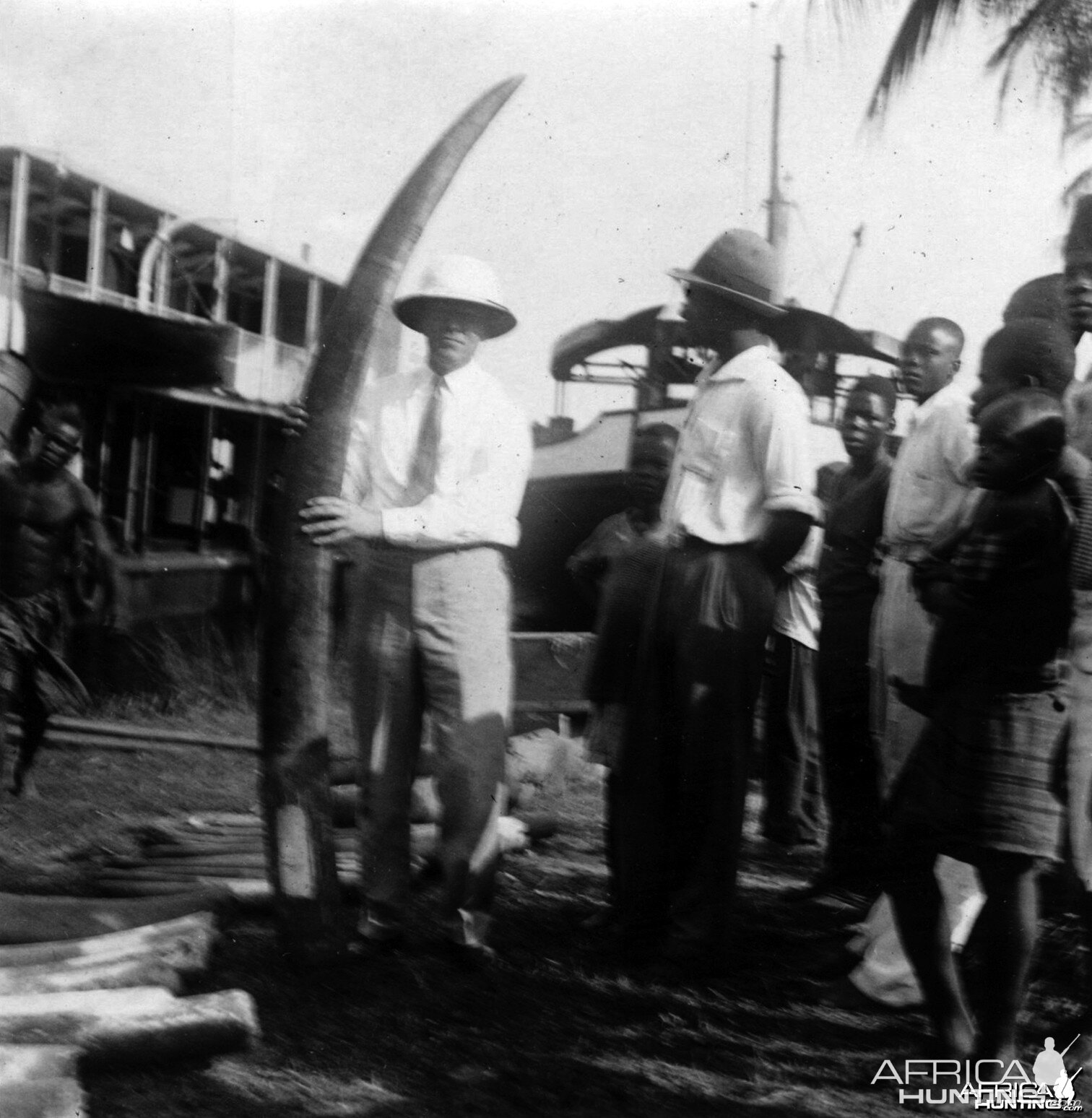 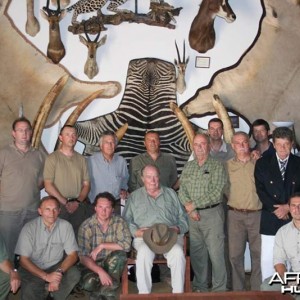 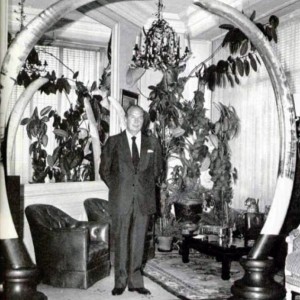 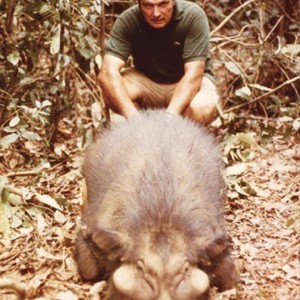 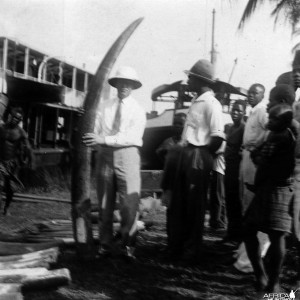 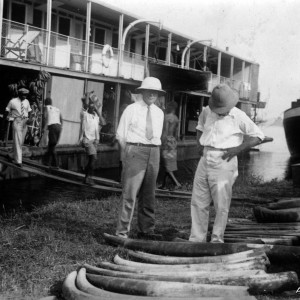 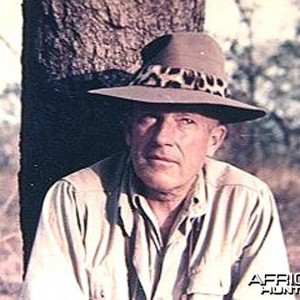 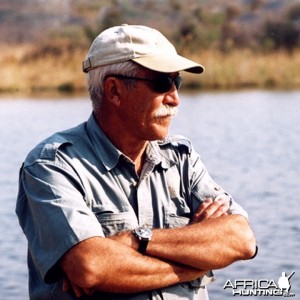 As Director of Laboratories at the Rockefeller Foundation's International Health Division, Dr. Wilbur A. Sawyer served as a delegate to various international health conferences. Returning from a conference on yellow fever in Cape Town in November 1932, he passed through the Belgian Congo (now Democratic Republic of the Congo) to talk with officials there about yellow fever surveys. He took several pictures of these elephant tusks to send to his son Billy. Here Sawyer holds up one tusk to show its length compared to his own height of 5'8&quot;. The caption on the back of the photograph reads, &quot;Dec. 24, 1932.
Click to expand...
There are no comments to display.