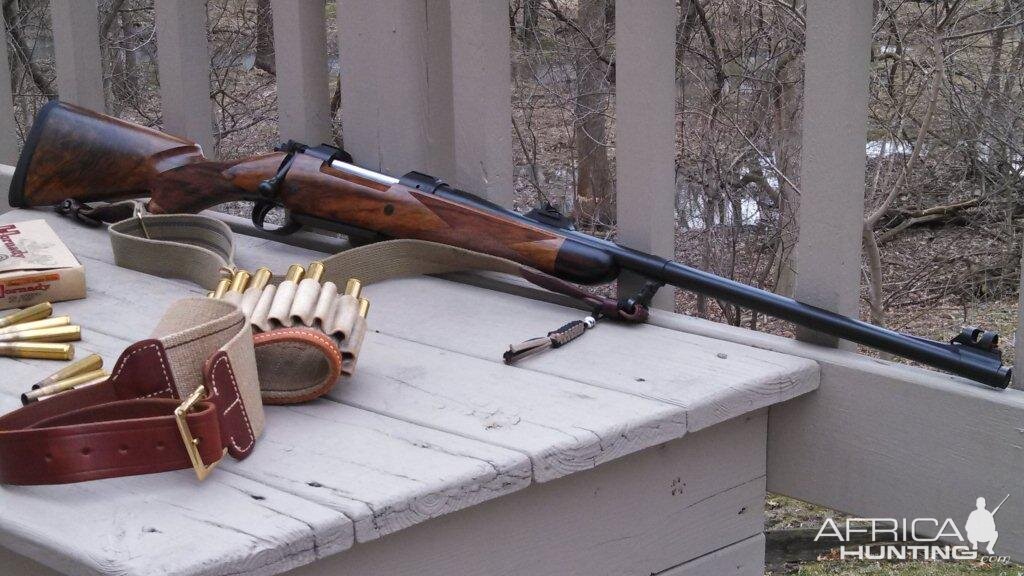 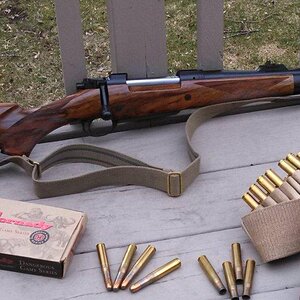 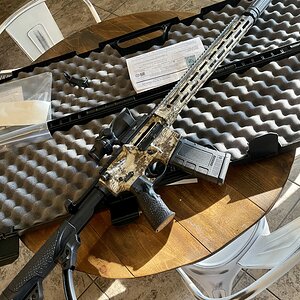 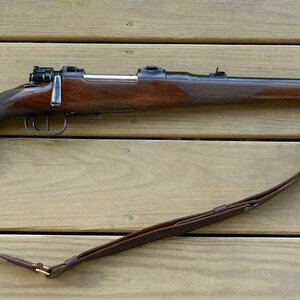 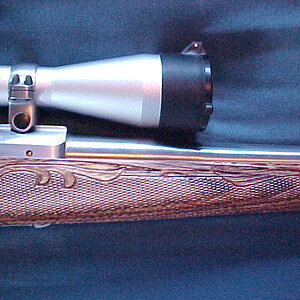 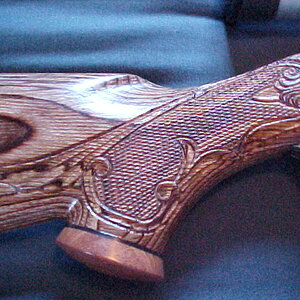 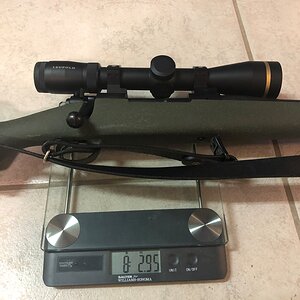 Reactions: CoElkHunter, Aussie_Hunter, Paul Raley and 4 others
Beautiful rifle - what make is it ?
Thanks Paul! It was a full custom build in 2011 by Wayne at AHR. He started with a base CZ 550 magnum action, which he then trued, blueprinted, and de-horned. The barrel is a Douglas, I believe. Don't have the spec sheet in front of me just now. NECG sights. Weebe bottom metal. I'll have to find the sheet for other details.
Thanks for the info Jack , great looking wood too , what wood is it ? I have a semi custom CZ550 in 416 Rigby but not as beautiful as yours , I also NEED a 404 Jefferey in my collection especially if it looks like the one you have . Have you hunted with it yet ?

Paul Raley said:
Thanks for the info Jack , great looking wood too , what wood is it ? I have a semi custom CZ550 in 416 Rigby but not as beautiful as yours , I also NEED a 404 Jefferey in my collection especially if it looks like the one you have . Have you hunted with it yet ?
Click to expand...

Yesterday I found the old invoice from Wayne in my '404 Jeffrey' satchel. It contains all my .404 paper work, load notes, and even a reprint of Jeffrey's 1911-1912 catalogue. The invoice details all the build specs.

Reviewing it over coffee this morning, I'd forgotten a number of the items Wayne listed.

First, my rifle wasn't an 'upgraded' CZ, a service AHR once provided. (I heard they discontinued it). Mine was a full-house custom build off a 550 Magnum action which Wayne 'squared, trued, and de-horned.'

I don't know if a previous buyer had backed out when I first inquired about a 404 chambering, but Wayne responded in an email that he was just finishing up a .404 rifle, calling it an "AHR 550 Dangerous Game Series rifle chambered in .404 Jeffrey." He also sent along a few pictures.

So, in my case, it was definitely a right place/right time thing.

Here are the build specs:

All metal, including sights, finished in Graphite Gunkote.

I think that pretty much covers the specs. The magazine easily holds five .404 cartridges down, plus one in the chamber. The sling in the picture is one that Trader Keith's use to stock (don't know if they still do), called a Rifle Strap. I believe NECG offers these now.

When I received the rifle - unscoped, unloaded, and without a sling - it weighed just at 9lbs.
Last edited: Feb 28, 2021
A lot of work and quality components gone into that rifle , a real work of art , you have a really nice rifle .
Thank you for sharing the photo and the information .